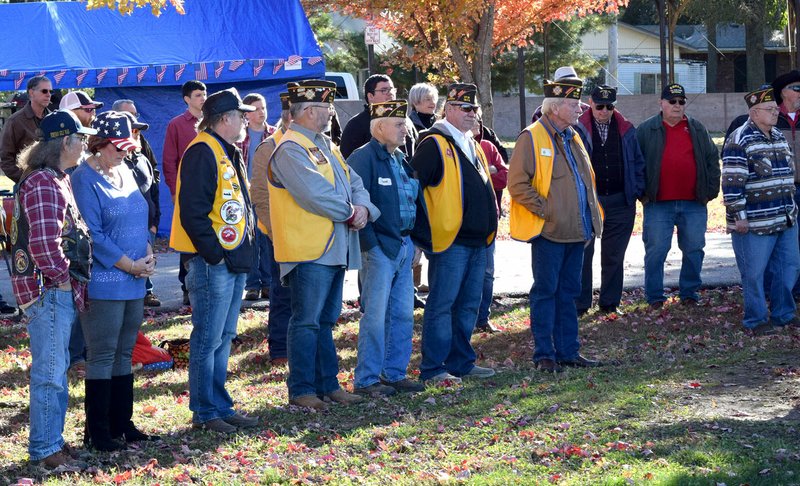 DECATUR -- On a beautiful warm fall afternoon, with blues skies serving as a perfect backdrop for Old Glory, about 75 spectators lined Main Street for the fourth annual Decatur Veterans Day Parade on Saturday.

At 2:30 p.m. in the old car wash parking lot on Third and Main Streets near the Decatur Depot, veterans from the Howard-Parrish Veterans of Foreign Wars Post 9834, Siloam Springs VFW Post 1674, Gravette American Legion Post 25, and a women's veterans' group climbed onto floats and into trucks to take the lead in the parade in remembrance of Veterans Day, commemorated on Nov. 11.

In addition to the veteran groups, the Decatur High School marching band led a group of fire and police vehicles, including the Benton County Sheriff's Office Rescue truck and first responders vehicle from Northwest Medical Center.

As each float and vehicle passed by the crowd, the veterans and other occupants threw candy for the kids.

The parade ended at Veterans Park for the second event of the day, the Veterans Day commemoration ceremony, which took place at the Howard-Parrish VFW Memorial, across from the Bunker (new chicken hut). The hour-long program featuring music by the Decatur High School band and choir gave area residents the chance to thank the many veterans present for their service to our country.