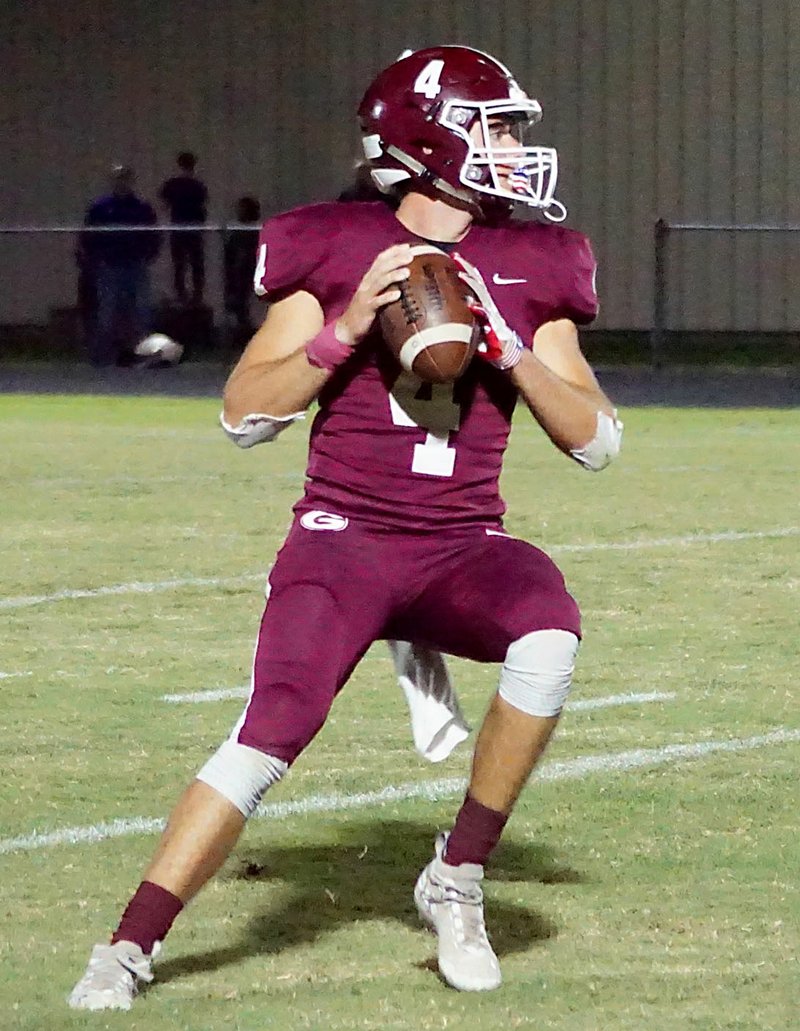 GENTRY -- The Pioneers made homecoming night one to be remembered with a 40-14 win over the visiting Berryville Bobcats in a packed Pioneer Stadium on Friday.

The Pioneers scored early and had two touchdowns before the Bobcats put their first touchdown on the board. By halftime, the Pioneers were up by three touchdowns, 28-7.

The Pioneers added two more touchdowns in the third quarter to seal their win. The Bobcats added one, and both teams remained scoreless in the final quarter.

Brandon Atwood, Gentry's quarterback, carried two into the end zone during Friday night's game. He also carried one in for a 2-point conversion. Gentry junior Zach Jarnagan carried one in and caught a pass for another. Juniors Brennan Crosby and Seiren Reding also caught passes for touchdowns on Friday.

Jarnagan also picked off a Berryville pass near midfield early in the game, setting up another opportunity for a Gentry score.

William Pyburn had five solo tackles and 10 assists in the game. Charlie Reams had six and six. Reams, Crosby and Garrison Jackson all sacked the Bobcat quarterback during the game.

The Pioneers are scheduled to travel on Friday to face the Tigers at Green Forest. Game time is 7 p.m.