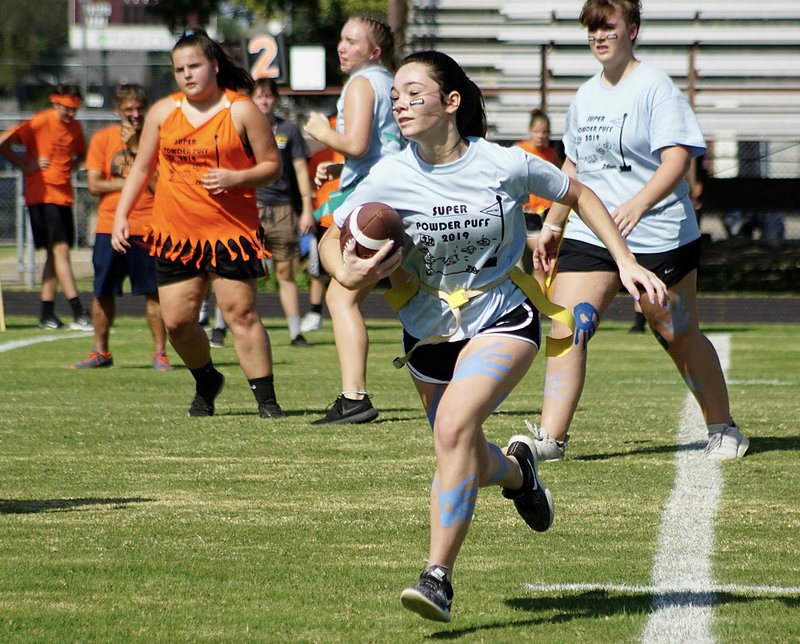 Westside Eagle Observer/RANDY MOLL Gentry senior Ahrya Reding carries the ball for the seniors after a handoff from Allee Sweeten during the powderpuff football games on Oct. 2 at Gentry High School.

GENTRY -- As a part of Gentry High School's homecoming, the high school girls took to the gridiron for some friendly flag football competition between classes on Wednesday afternoon, Oct. 2.

The competition began with the freshmen girls challenging the seniors. The young challengers failed in their attempt to move on in the competition and fell by a score of 21-0.

It didn't take long for the seniors to score two touchdowns and an extra point while keeping the sophomores out of their endzone for the 13-0 win and 2019 powderpuff football bragging rights.

To add to the excitement of the afternoon event, boys from each class served as cheerleaders and urged fans to support their class teams.