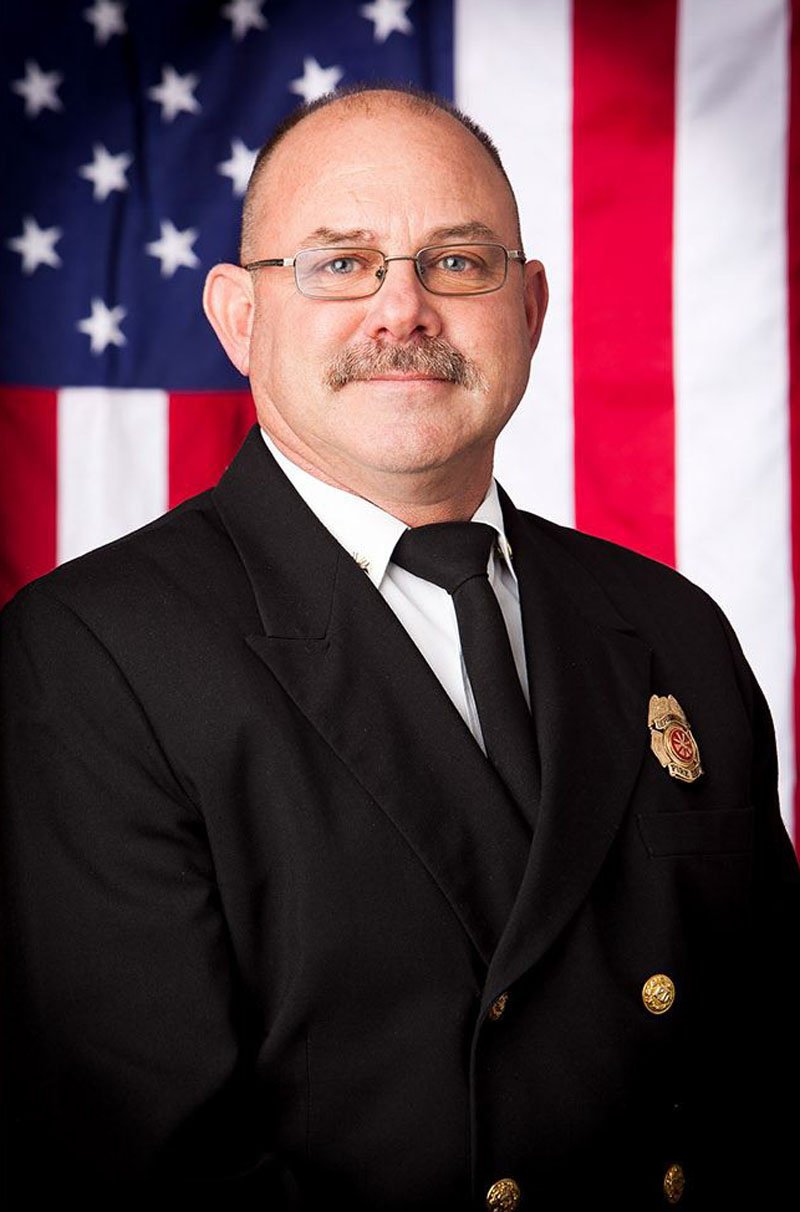 The Siloam Springs Fire Department is mourning the loss of retired Deputy Chief Travis White, who died on Saturday at the age of 54.

White retired from his position with the fire department in May after 34 years of service, 24.5 years of which were spent in Siloam Springs. Before joining SSFD, White volunteered at the Highfill Fire Department for 10 years.

His obituary is printed on page 2A of today's Herald-Leader.

White was participating in the Square to Square Bike Ride along the Razorback Regional Greenway on Saturday when he had a medical problem and instantly fell off his bicycle, according to SSFD Deputy Chief Brent Ford. White was surrounded by friends on the fire service who immediately provided aid and resuscitation. While the exact cause of his death isn't known, a heart problem or pulmonary embolism is suspected, Ford said.

"The comforting thing about it is we feel like he was gone before he hit the ground," Ford said, adding that White loved riding his bicycle and was doing something that made him happy.

Many of the department's accomplishments are directly related to White, according to Fire Chief Jeremey Criner.

"I think he will be remembered most for his desire to see Siloam Springs Fire Department be the best," Criner said. "Everything he did, every decision he made, was always in the best interest of the fire department. I think that's what people will remember the most."

When Station No. 1 opened in 2001, White had a desire to build a training tower behind the station, Ford said. He got to see that vision become a reality when the tower opened in August and one of the streets next to the tower was named in White's honor, he said.

White was also instrumental in writing the specifications for the ladder truck and two engines the department received in 2017, Ford said.

White leaves a legacy through the many firefighters who he influenced throughout his career, Criner said.

As a leader, White was known for taking care of people and for his dedication, Ford said.

"When Travis opened his mouth, there was never a lie that came out of it," Ford said. "He was bold enough to tell you exactly what he thought. In the fire service, that is a commendable trait, simply because the type of people we are, we need to hear that brutal honesty. Part of his legacy to me is how he led, that and the hard work and dedication he put into it."

White was known for his fun-loving personality, both in his professional and personal life.

"Travis and I were best of friends," Ford said. "He was just a fun individual to be around, he was a family man, he loved his family, he loved his friends, he really liked to play hard. It was a joy to be around Travis on and off the job, he wasn't just all about business all the time, he loved to have fun. He was loyal to all those folks."

A memorial service for White is planned for 4 p.m. Thursday, Sept. 12, at New Life Church in Siloam Springs, according to his obituary.

The service will be a traditional fire department funeral and honor guards and fire departments from all over the region are coming to help provide response coverage during the service as well as to participate in the funeral, Ford said.

"There will be a large showing of fire department presence along with the traditions of the fire service, ringing of the bells, all of the parts to the funeral," Ford said.

Criner said that White's family and the fire department are hurting from the loss.