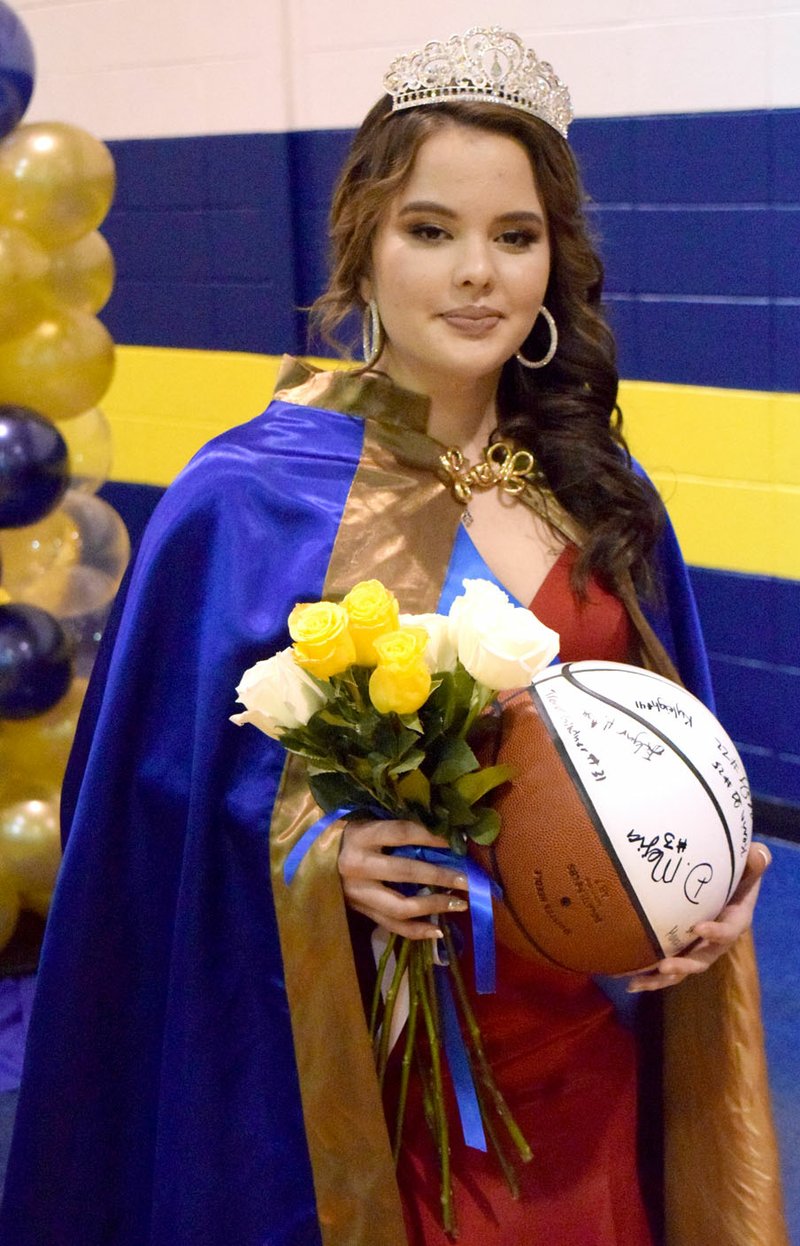 DECATUR -- A hush filled Peterson Gym in Decatur Friday night during the 2020 Colors Day coronation ceremony as the crowd anticipated the crowning of the king and queen.

Earlier in the afternoon, students at Decatur Middle and High Schools gathered in Peterson Gym for the annual Colors Day pep rally and game celebration.

Kicking off the program were the Decatur cheer team and band performing the Decatur fight song, getting everyone in the Bulldog spirit. Soon afterward came the introduction of the Colors Day Court, the queen candidates and their escorts.

Students from both schools, along with faculty and staff, engaged in a tug-of-war, a bathroom tissue wrap and three cream pies in a teacher's face.

Soon the Flippin Bobcats, Lady Bobcats and their fans arrived after a three-hour trip to Decatur, eager to get the boys' and girls' junior high basketball contests underway.

At 6 p.m., just before the senior boys' basketball contest, the Colors Day Court was presented to the packed crowd in Peterson Gym. Then came the announcement everybody was waiting for and the answer to the question: "Who would be the Decatur Colors Day king and queen?"

First to be announced was the 2020 Colors Day king. The title went to Jose Rubi. As Rubi received his crown and scepter, Thomas prepared to announce the queen.

The gym erupted in a thunderous ovation as Rubi put the crown and sash on Tilley. After a short round of photographs, it was time to play varsity basketball.