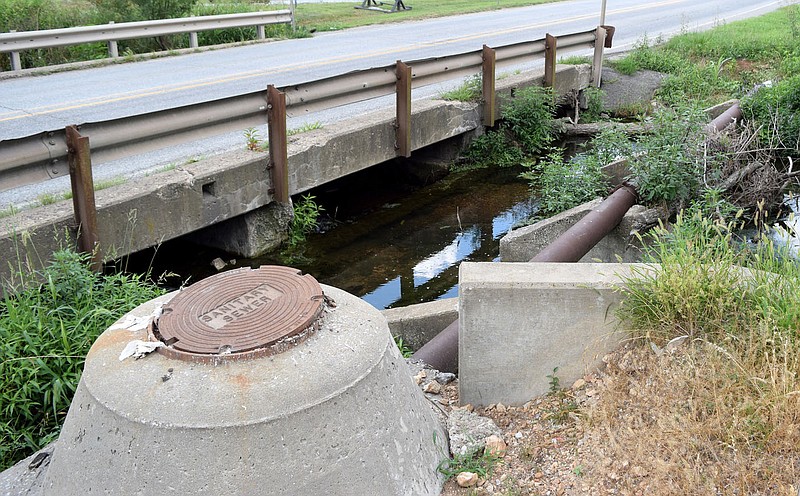 Westside Eagle Observer/MIKE ECKELS The water and sewer lines which run on the east side of the Decatur Branch bridge on Arkansas 59 will be move prior to the construction of a new bridge project slated to begin later in the year. Bids for the project were opened during a brief ceremony at Decatur City Hall July 23.

DECATUR -- Four contractors submitted bids for the city of Decatur's Highway 59 utilities relocation project over the past week. Those bids were opened in a public ceremony at the community room at Decatur City Hall on Thursday.

Mayor Bob Tharp opened the ceremony with a description of the project which will pave the way for two new bridges in Decatur.

The Decatur Branch Bridge, on the south side, and Wolf Creek Bridge, near Crystal Lake Road to the north, were found in need of replacement by the Arkansas Highway Transportation Department. With traffic increasing on Arkansas Highway 59, some of the concrete structures on both bridges have begun to crumble. In addition to the deteriorating condition of the bridges, the aging structures are too narrow to support the volume of traffic, especially heavy semi-trucks. The narrow bridge at Wolf Creek has been the site of several fatal accidents over the past 10 years.

The AHTD contacted Tharp about replacing the bridges two years ago. After lengthy negotiations, AHTD and the city of Decatur agreed to a plan to replace both structures, with the state paying the majority of the costs of the projects and the city picking up the remainder.

The city was able to take out a loan for its share of the project, but the highway department threw a curve at Decatur. It would have to foot the entire bill for relocating its water and sewer lines which run alongside both bridges. This led to the city opening bids for the relocation project.

The next step in the process is to verify the numbers in each company's bid before all four are sent to the city council for final selection during its Aug. 10 regular meeting.

Once the Decatur water and sewer lines are relocated, construction can begin on the Decatur Branch and Wolf Creek bridges. They are expected to be completed sometime in 2022. 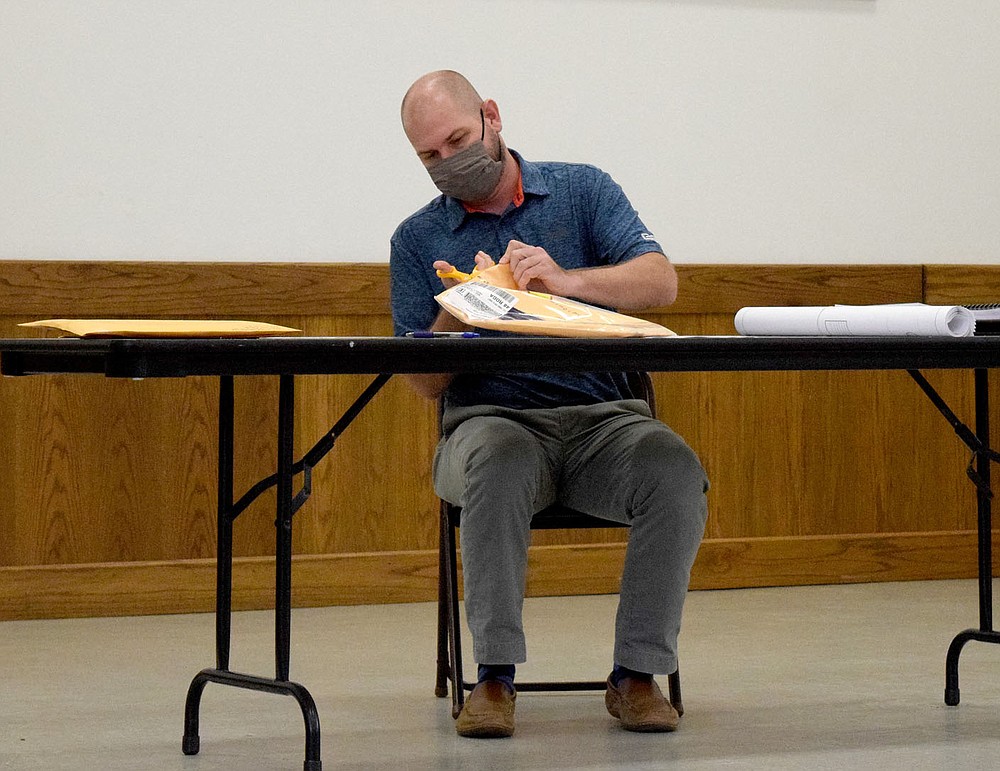 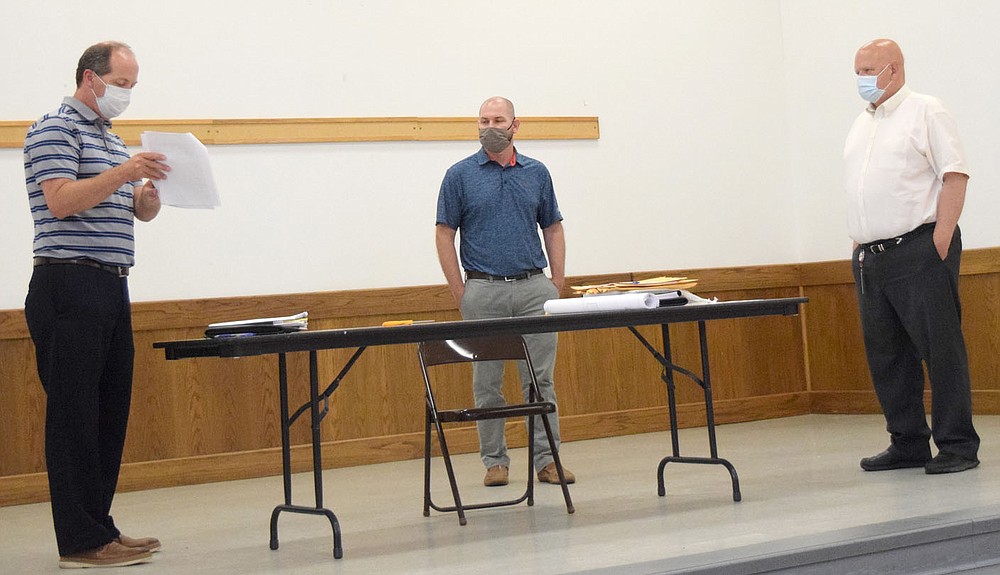