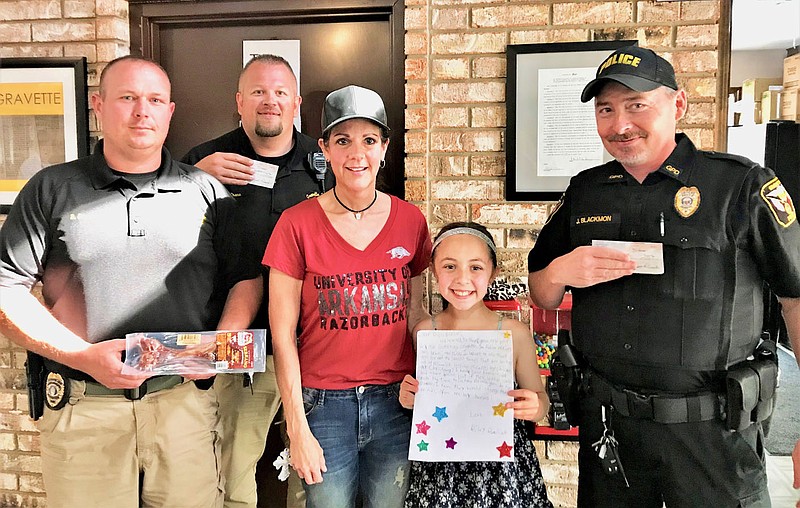 Submitted Photo Officers from the Gravette Police Department pose with gifts they received from recent visitors Riley and Marian who brought a bone for retired canine officer IKKS and a $1,000 donation toward the purchase of a new canine officer. That puts the department about halfway toward their goal of $15,000 for a new dog. Pictured are Captain Bryan Smith (left), school resource officer Josh Crane, Marian and Riley and Officer Jason Blackmon.

While there, the visitors also presented the police department with a donation of $1,000 to go toward the purchase of a new police dog. Thanks to their donation and the generous support of others in the community, the department is almost halfway to its $15,000 fundraising goal to purchase a new dog.

Officers hope to have a new police dog in service by the beginning of 2021.

Gravette's previous police dog, IKKS, was retired earlier this year after nearly 4½ years in service. He now lives with the family of Capt. Bryan Smith.