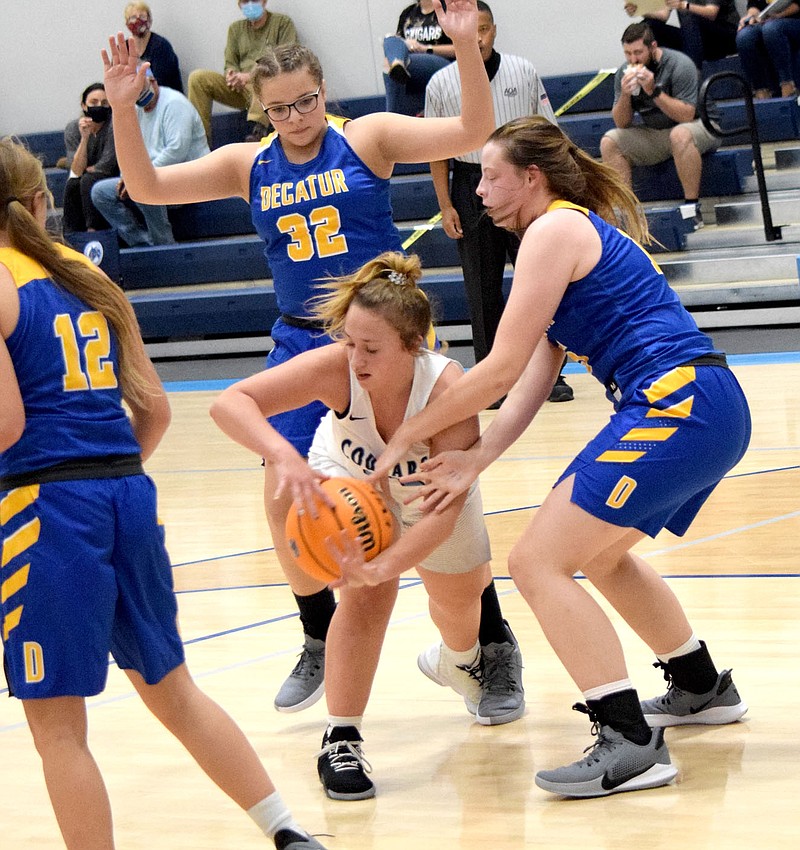 FAYETTEVILLE -- The Decatur Lady Bulldogs opened their 2020-21 basketball season on the road, taking on the New School Lady Cougars at the gym in Fayetteville on Nov. 9. The contest was decided in the final 27 seconds of the contest with New School taking the win by two.

It was a defensive contest for the first four minutes of the first quarter with neither team making a basket. At around the 3:30 mark, senior Annabelle Schopper was fouled, sending her to the free-throw line for two. She sank both shots for the first two points for Decatur and the first in the contest. Schopper made two more free throws later in the quarter, giving the Lady Bulldogs a four to zero lead. Two field goals by the Lady Cougars would tie the contest with 30 seconds left. Schopper's sister, Abigail, hit the second of two free throws, giving Decatur a one-point lead at the end of the first quarter.

The Lady Bulldogs and Lady Cougars traded off the lead several times during the first four minutes of the second quarter. With two minutes left, New School pulled ahead and, by the end of the first half, held a six-point lead.

Decatur was able to go on the offensive in the third quarter and, with two minutes left, pulled within two. The quarter ended with the Lady Bulldogs trailing by two.

The New School Lady Cougars hit a field goal in the final few seconds of the fourth quarter, claiming the win 28-26 over the Decatur Lady Bulldogs.

Decatur had one player in double figures. Senior Annabelle Schopper had 16 for the night. Other Lady Bulldogs contributing to the scoring effort included Annabelle Bell with five, Kaitlyn Funk with three, Karley Cordona with two and Abigail Schopper with one.

Decatur traveled to Rogers on Oct. 10 for its second contest of the season, taking on the Ozark Catholic Lady Griffins from Tontitown in a neutral gym. It would be Ozark Catholic taking the win, 35-24, over Decatur. 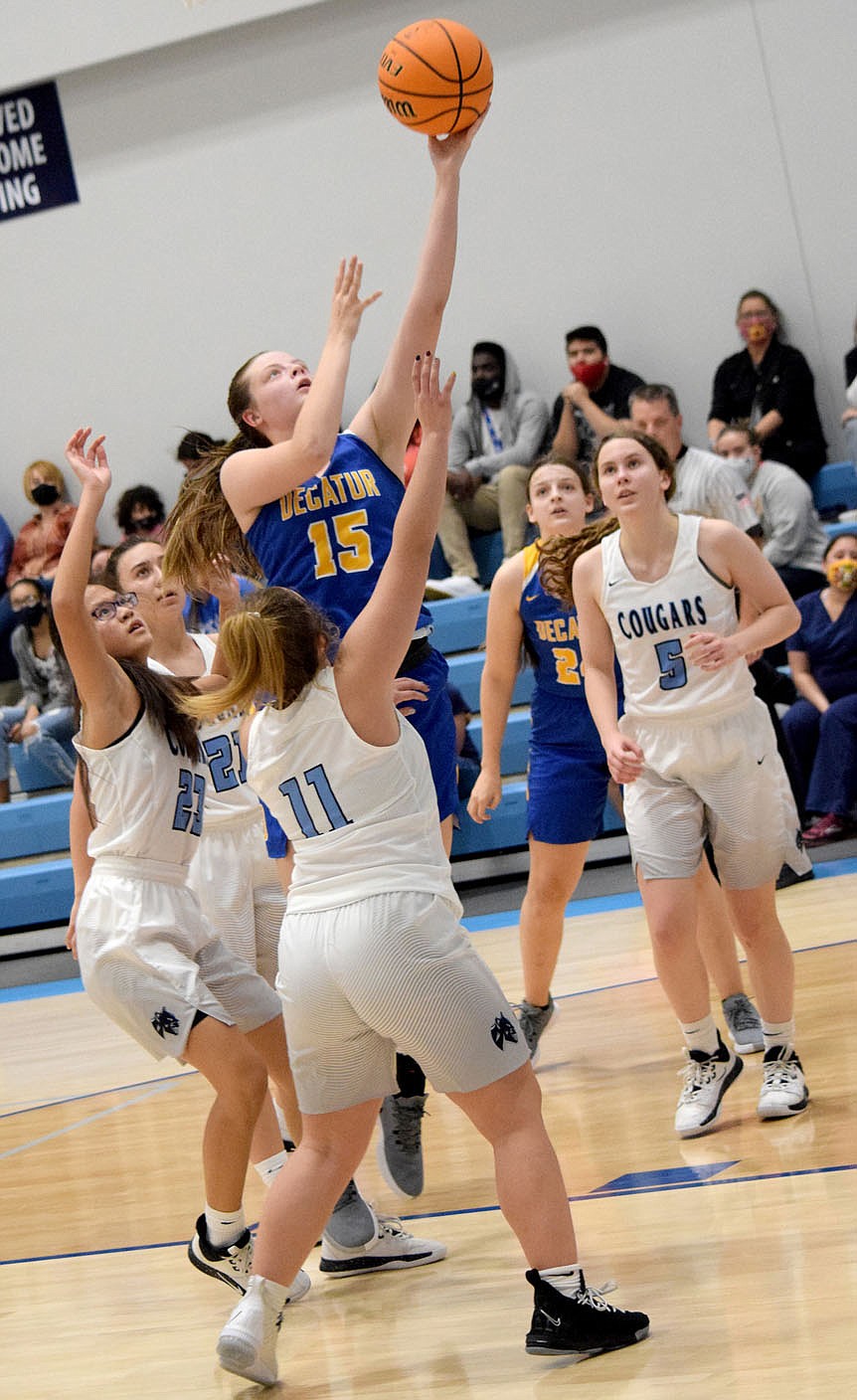 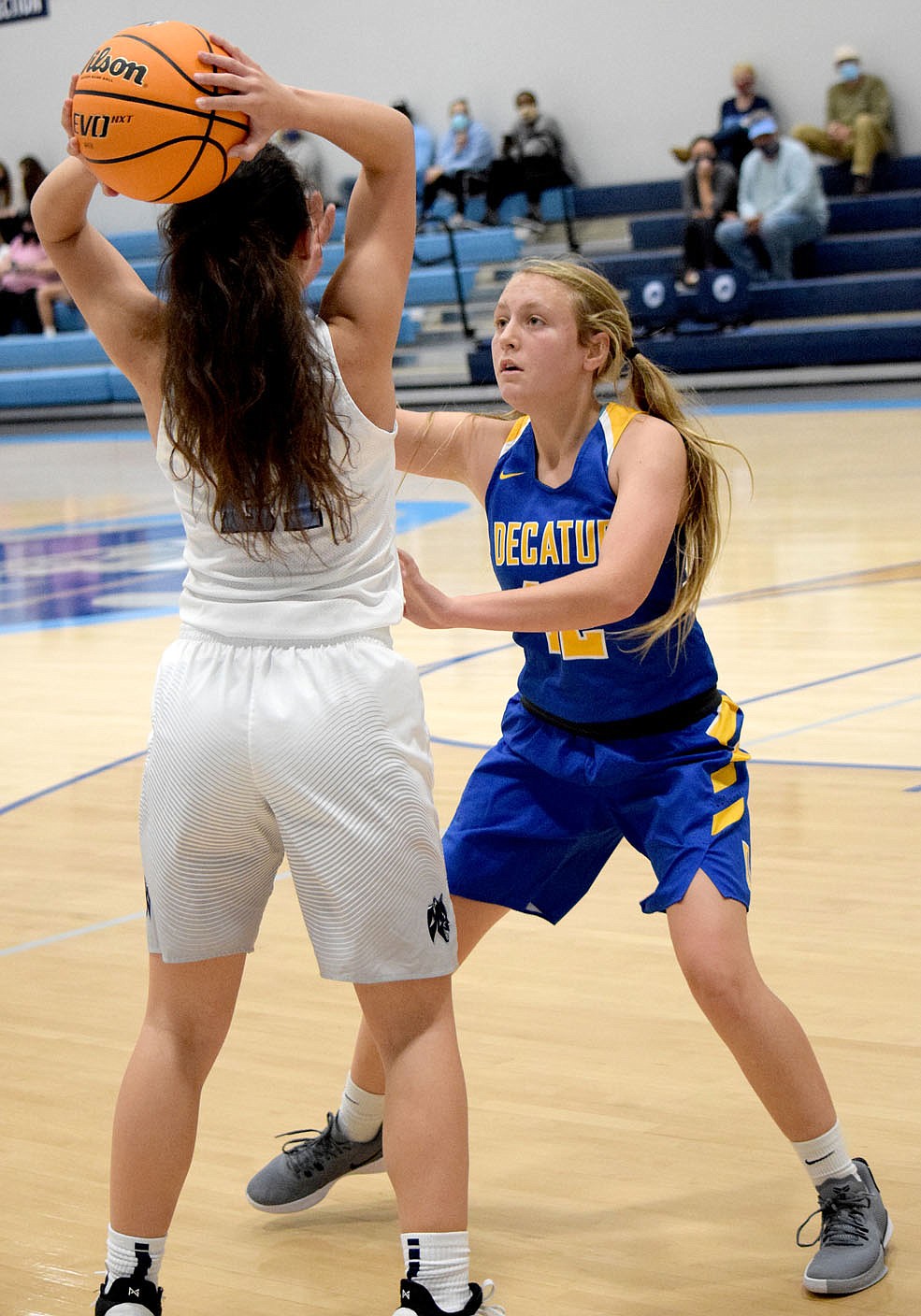 Westside Eagle Observer/MIKE ECKELS Lady Bulldog Kaitlyn Funk (Decatur 12) watches her opponent's every move as she attempt to block a pass or steal the ball away during the second quarter of the New-School-Decatur girls basketball game at the New School gym in Fayetteville Nov. 9. 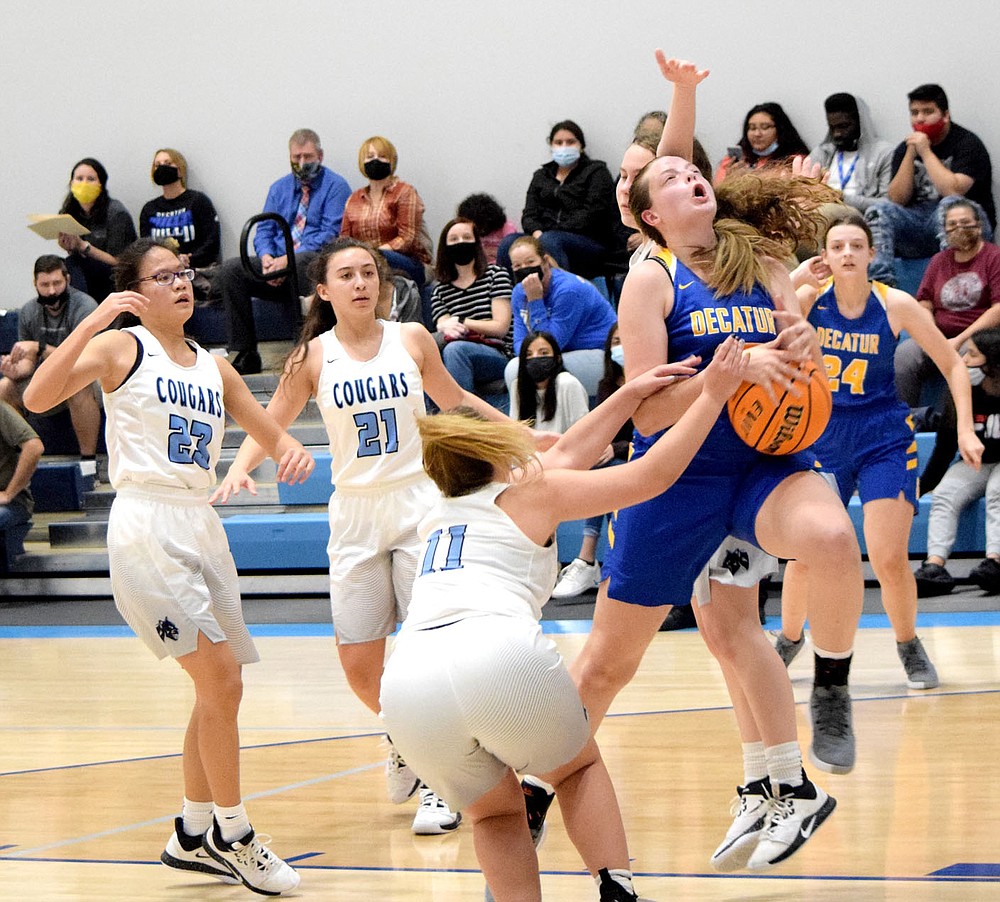