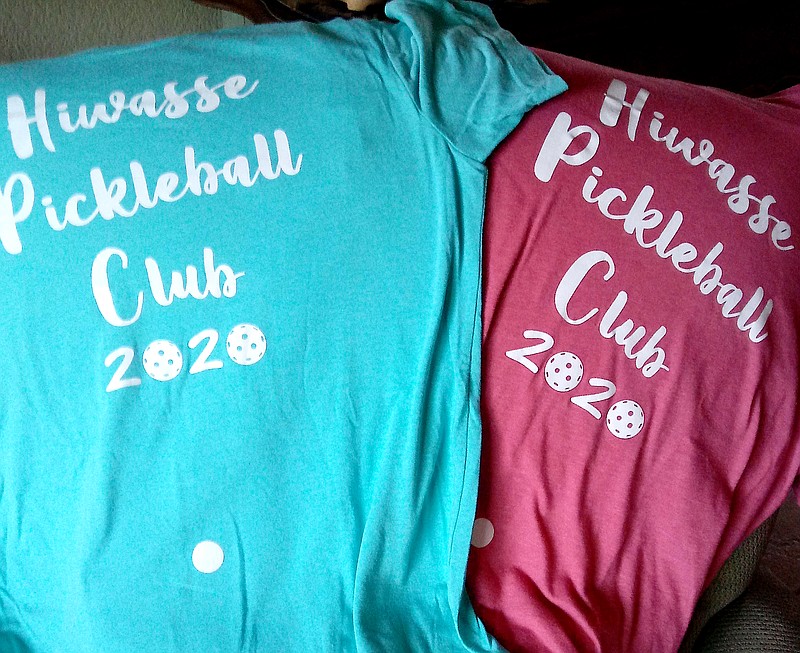 SUBMITTED With the opening of the pickleball court in Hiwasse, Clydeen Fortner and friends formed the "Hiwasse Pickleball Club” and had shirts made with their “club” name on them.

Around Easter, I found out from a family member that the Hiwasse Park was being upgraded to include a basketball court and combination tennis and pickleball court. As a newbie to pickleball, having been introduced to it at a resort in Arizona, several of us decided to form what we dubbed the "Hiwasse Pickleball Club." Some of us even had shirts made with our "club" name on them. We set a schedule and played early three days a week.

What a great summer it was, thanks to the forward-thinking of the city of Gravette (Hiwasse). It was just what we needed at this unusual time of virus and increased indoor living. We got exercise, fresh air and camaraderie in a beautiful setting. The park is outstanding and the sanitizing and great maintenance did not go unnoticed. We know Tony by name as a result of seeing him so often.

The city of Gravette should be extremely proud. I live in Bella Vista, but personally own three properties in Gravette and Hiwasse. Delighted to see some of my tax dollars used in such a great way.