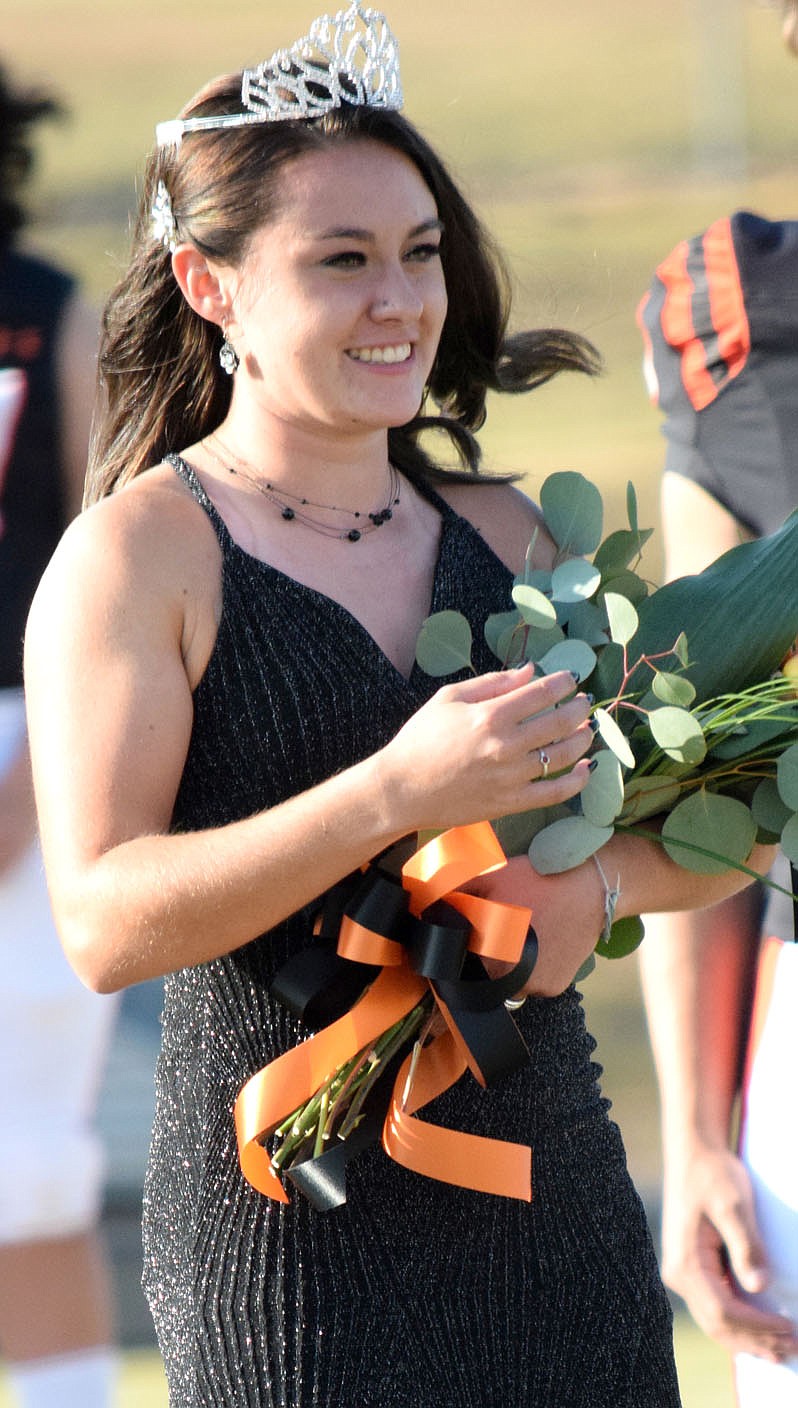 GRAVETTE -- In a somewhat abbreviated homecoming coronation ceremony at Lion Stadium in Gravette Friday afternoon, three senior maids, two escorted by their fathers and one by her brother, passed in review down the 50-yard line to a small crowd of family and friends.

As they stood, on the 50- and both 40-yard line numbers, the announcer paused for a second before revealing the 2020 Gravette High School homecoming queen. Who would it be? That answer comes later.

This year's sophomore maids included Kaitlyn Lykins, escorted by her father John, and Autumn Fisher and her father Derek.

Then, from the east side of the field, came the three queen candidates, Elizabeth Ellis, Aubrey Gebhart and Mikey Larson, followed closely by flower girl Aspen Bertschy and crown bearer Noah Buck. Now the stage was set for the announcement everyone in Gravette waited to hear, the crowning of the princesses and the queen.

The first princess, Aubrey Gebhart (escorted by her father Rick), received her crown, followed by the second princess, Elizabeth Ellis (escorted by her brother Ethan), which only left one. Mikey Larson is the 2020 Gravette homecoming queen.

Senior football players Lane Wilkins and Jimmy Duncan crowned Larson. Her father Mike, standing by her side, reached up and proudly straightened the crown which had slipped to one side as the ceremony reached its conclusion with a photo session.

Then, two hours later it was time to play football against the Huntsville Eagles. 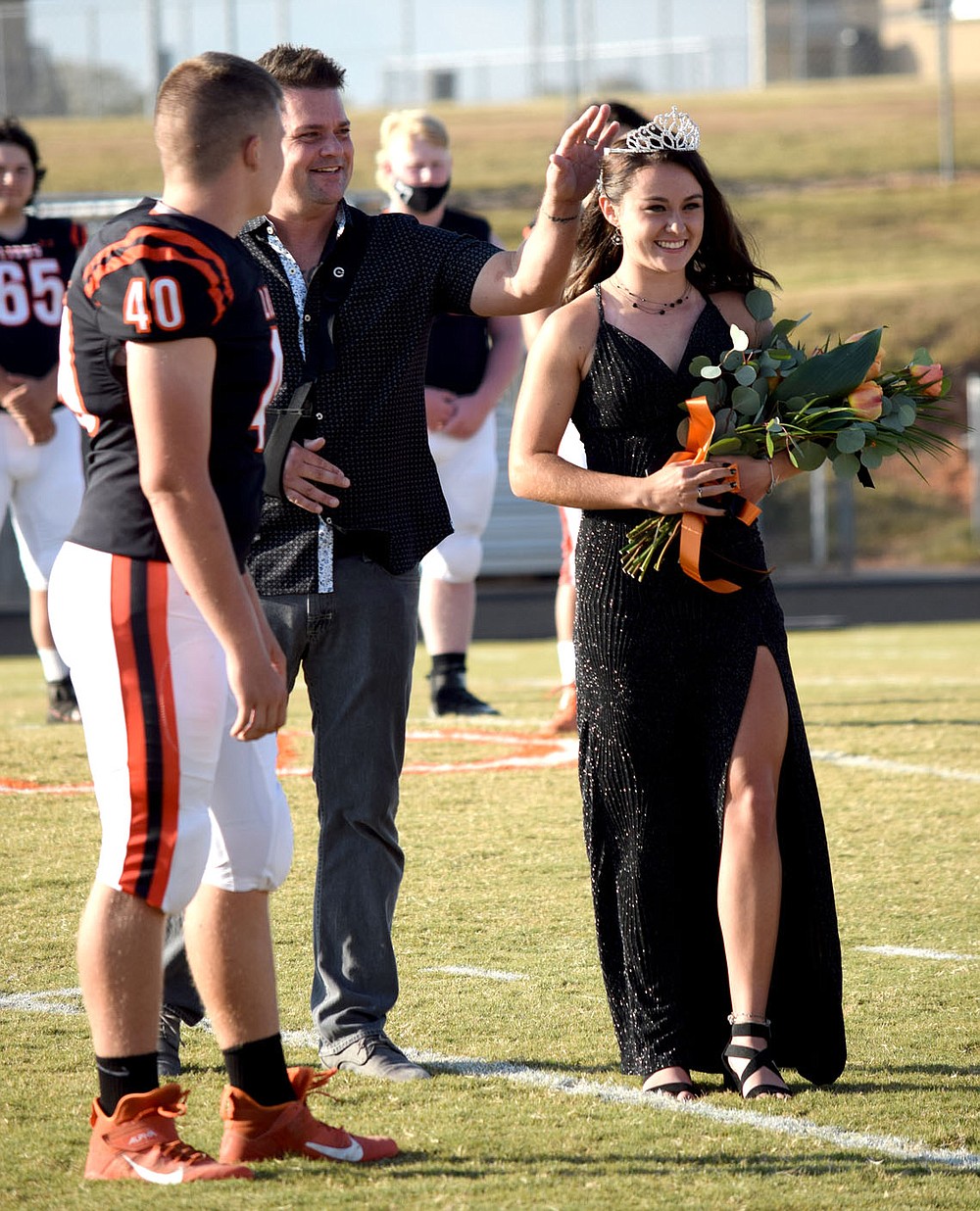