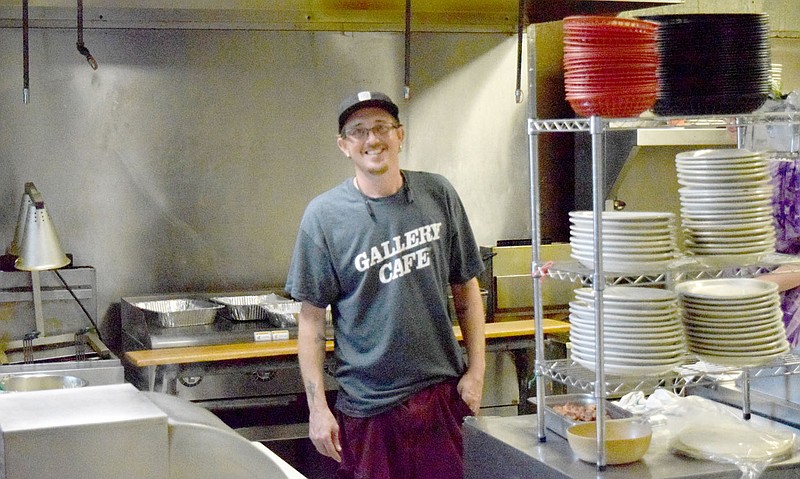 Westside Eagle Observer/MIKE ECKELS James McAdams III, who has been cooking in this kitchen for the past 13 years, enjoys a little break before the summer rush at the Gallery Cafe in Decatur Sept. 10. McAdams purchased the popular Decatur restaurant from Carol Thompson in late August and reopened it for business Sept. 8.

DECATUR --"He sure hasn't lost his touch!" A customer exclaimed as he exited a building Sept. 8. What the customer was referring to is the grand reopening of The Gallery Cafe, one of downtown Decatur's predominant eateries.

Like all restaurants in the United States (and around the world), The Gallery was forced to close its doors March 20 after Gov. Asa Hutchinson ordered all nonessential businesses (restaurants, gyms, hair salons) to shut down in order to combat the spread of the covid-19 virus.

Once the shutdown reached into the third month, many of these businesses simply closed their doors forever. As for The Gallery, Carol Thompson had decided to put it up for sale just before the shutdown in March. She moved her operations to Gravette once government officials reopened the state. May, June, July went by and the doors remained closed, forcing Gallery patrons to find a new diner.

Then toward the end of July, rumors began circulating throughout the Decatur area that someone was looking to buy The Gallery and reopen it, serving the same menu for which the restaurant was known.

After gaining approval for the purchase, a deal was made with Thompson, and former chef James McAdams took possession of The Gallery. His reason for buying the popular eatery was simple: he did not want to see it close permanently.

Amber Mejia, who worked for Thompson for many years, was named the new manager of The Gallery. Since early August, Mejia, along with most of the former waitresses and kitchen staff, went to work refurbishing the interior of the restaurant, which includes new paint, recovered booth seats, new artwork and photos of Decatur history. There were some days that McAdams and his crew worked long hours, sometimes from 2 a.m. until 11 p.m. to get The Gallery reopened

One thing the crew had to do was to make The Gallery covid-19 compliant. This meant that the long old-time talkers' table that graced the middle of the main dining area was removed, as were tables in the old Razorback room and meeting room. Some of the booths were blocked to meet the six-foot social distancing requirement. At present, The Gallery is only able to accommodate about 60% of its pre-covid capacity.

The Gallery reopened its doors Sept. 8 to a flurry of old familiar faces, as well as a stream of new customers.

The menu stayed the same, with old familiar items like chicken fried steak, hamburgers, catfish and, of course, the customers' favorite pies and cakes.

"This food is what the customers have been counting on all these years," McAdams said. "They like and enjoy the food, so I didn't see any problem leaving the menu the same."

The Gallery hours are from 7 a.m. to 8 p.m. Tuesday through Friday and 7 a.m. to 2 p.m. Saturday and Sunday. For now, The Gallery will close on Monday, giving McAdams and his crew at least one day off with the possibility of a second day alternating through the week.

For now, The Gallery offers a limited amount of dine-in seating. But it still offers carry-out service by calling 479-752-3577. 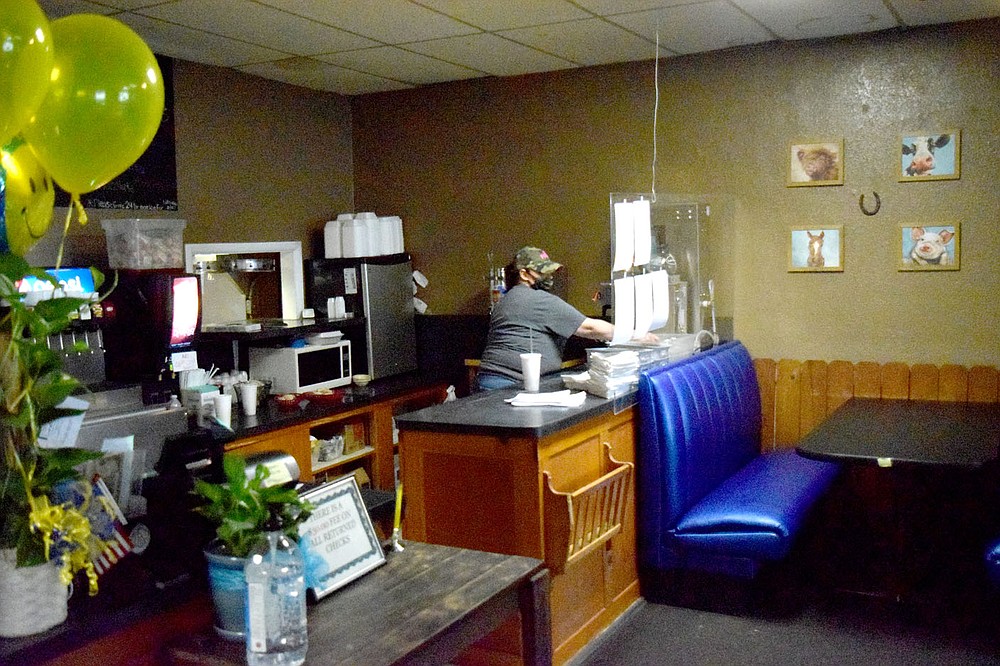 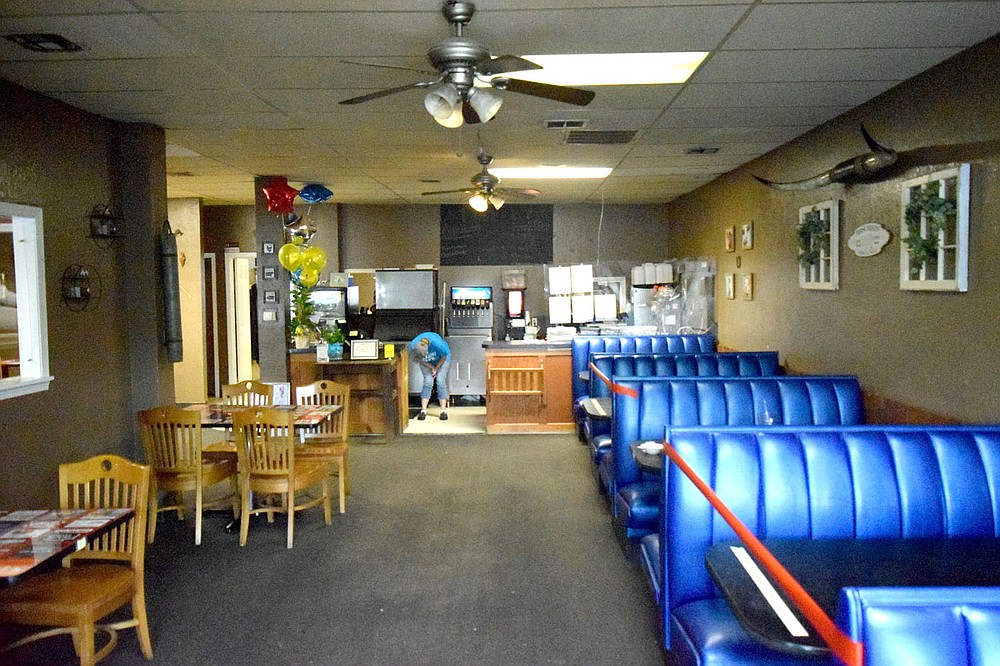 Westside Eagle Observer/MIKE ECKELS The Gallery's main dining room underwent major renovation before opening its doors to Decatur area residents Sept. 8. The booths have been recovered and the walls repainted. Due to covid-19 mandates, the center table which has been the center of morning gossip for several years has been removed for social distancing purposes. 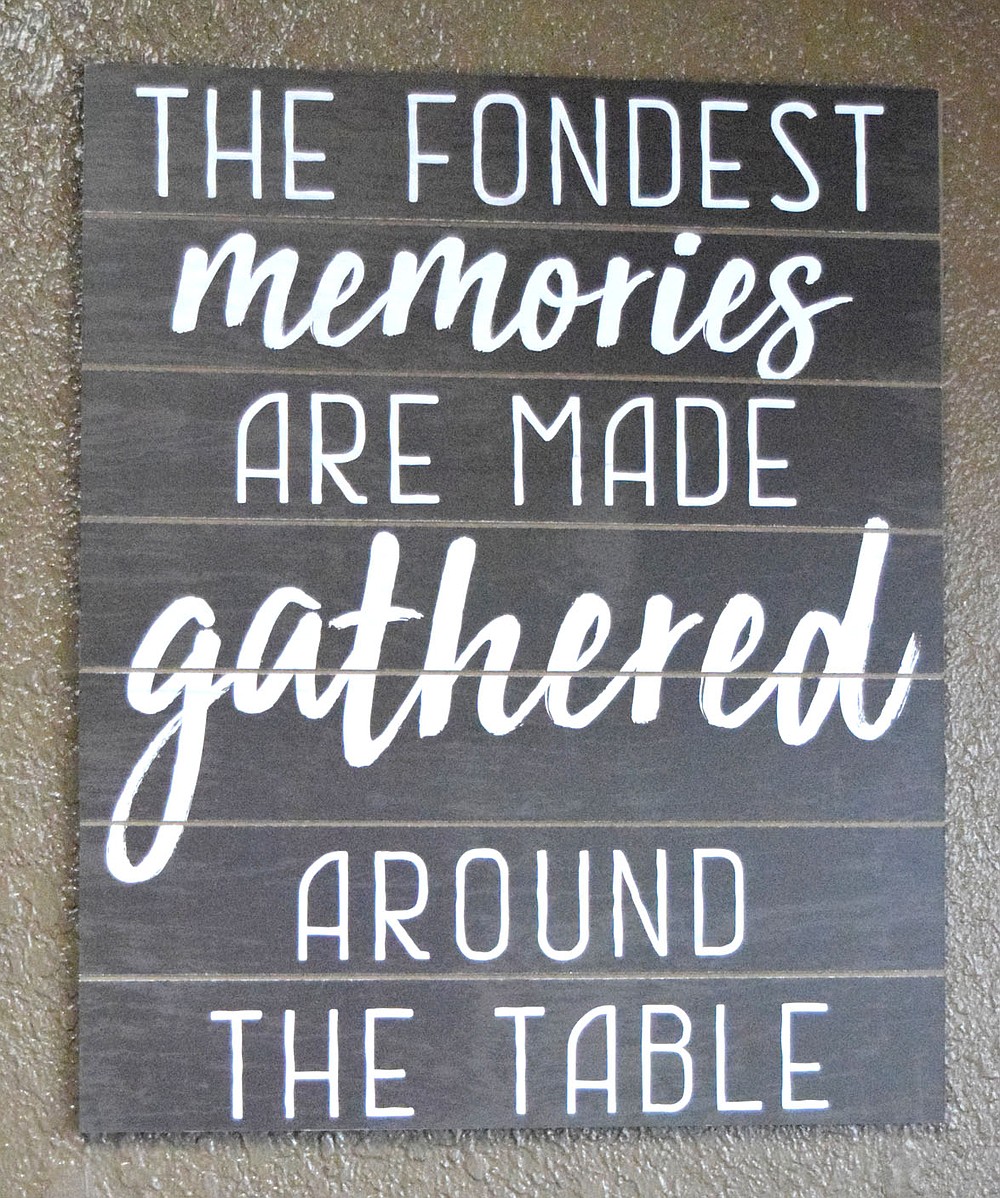 Westside Eagle Observer/MIKE ECKELS The first sign patrons of the Gallery Cafe in downtown Decatur sees as they walk through the front door holds no truer meaning; "The fondest memories are made gathered around the table". Gathering around a table eating a good home cooked meal is the perfect way to make ones day. James McAdams III reopened the popular Decatur dining facility Sept. 8 and still offers the same down home cooking the restaurant is known for. 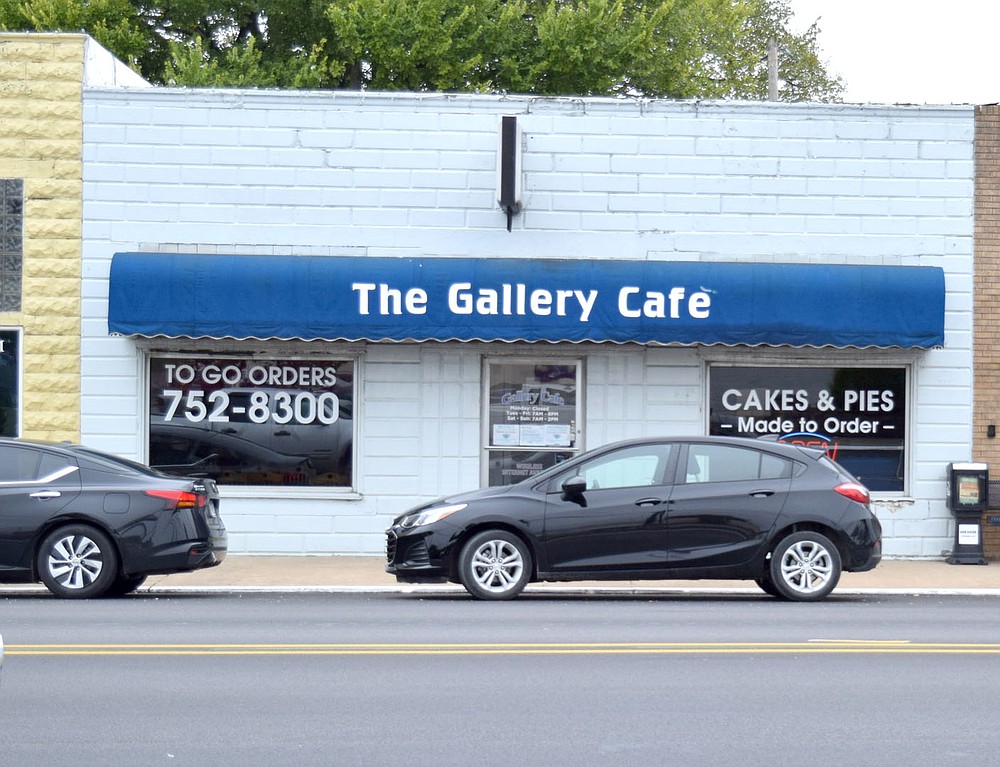