Barnstormers get win over Bulldogs 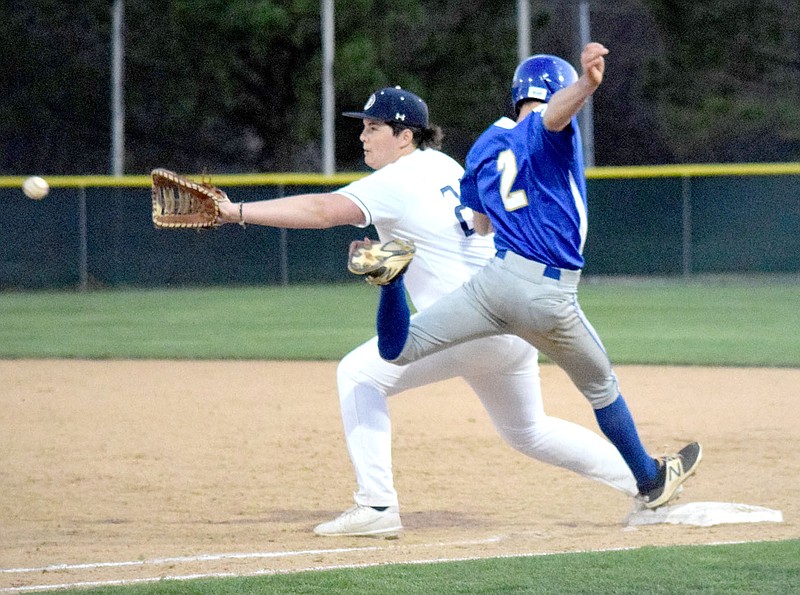 Westside Eagle Observer/MIKE ECKELS After hitting a ground ball into left field, Tyler Burchette crosses first base ahead of the throw for a single during the March 29 Thaden-Decatur baseball game in Springdale. Burchette picked up the only two runs for the Bulldogs who lost to the Barnstormers 5-2.

SPRINGDALE -- The Decatur Bulldog baseball team made a quick flight (in a bus) to Springdale March 29 to take on the Barnstormers from Thaden High School in a nonconference contest. This time the contest was much closer than previous ones, with the Barnstormers taking the game by three runs.

Landing at the Tyson Baseball Complex, the Bulldogs got off to a good start when Tyler Burchette crossed home plate to give the Bulldogs their first run of the night. But a series of simple fielding errors in the bottom of the inning gave Thaden five runs and a four-point lead going into the second.

Burchette managed one more run in the top of the third but fell short of catching the Barnstormers and Thaden took the contest, 5-2, over Decatur.

Kayden Burr was the only other Bulldog besides Burchette to get a base hit.

The Bulldogs had 10 at-bats, with two runs on three hits, one walk and six strikeouts.

The Bulldogs traveled to Centerton on March 30 for a conference matchup with the Life Way Warriors.

The Warriors set up their first run of the night in the bottom of the first inning to lead by one. Life Way sealed the deal with a pair of runs in the fourth, four in the fifth and three in the sixth to take the shutout win, 10-0, over the Bulldogs.

Kevin Mason was the only Bulldog to make a base hit. 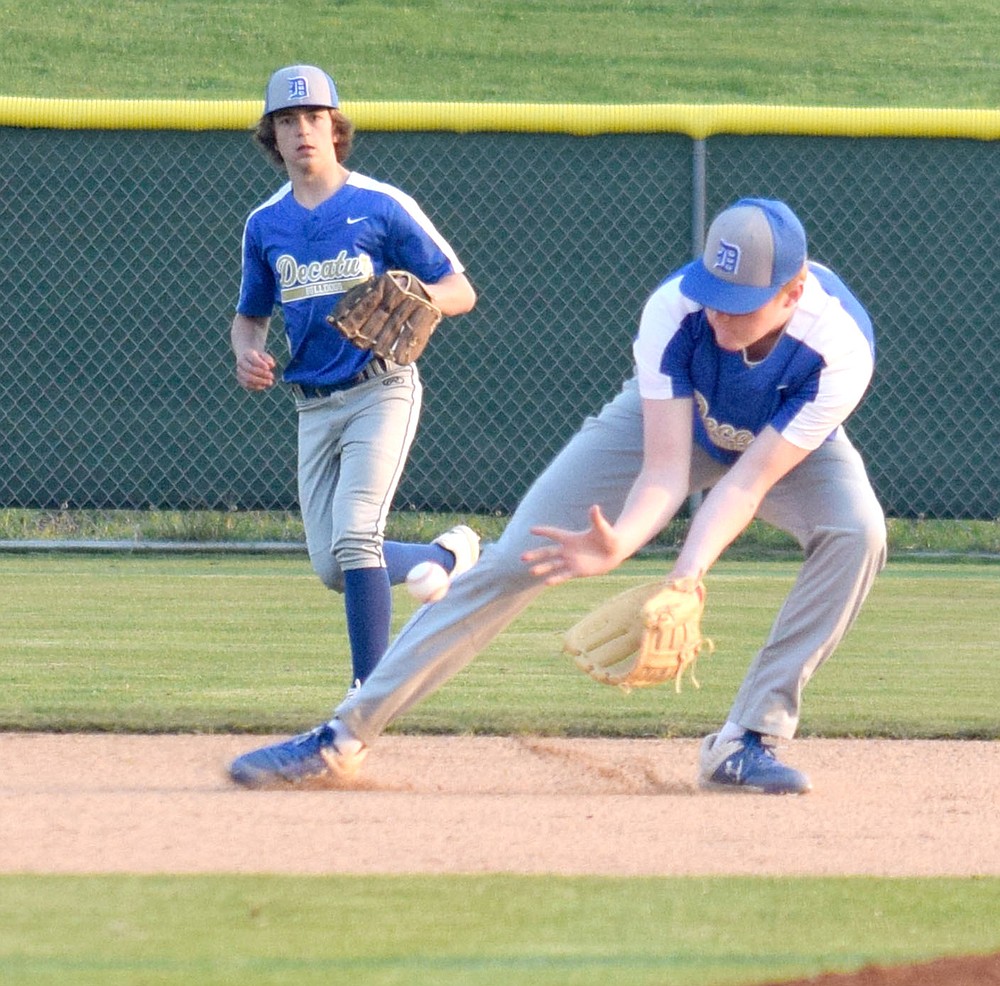 Westside Eagle Observer/MIKE ECKELS Bryson Funk (right) scoops up a ground ball hit into center field during the Thaden-Decatur variety baseball contest at the Tyson Baseball Complex in Springdale March 29. The Bulldogs lost to the Barnstormers 5-2 in a non-conference contest. 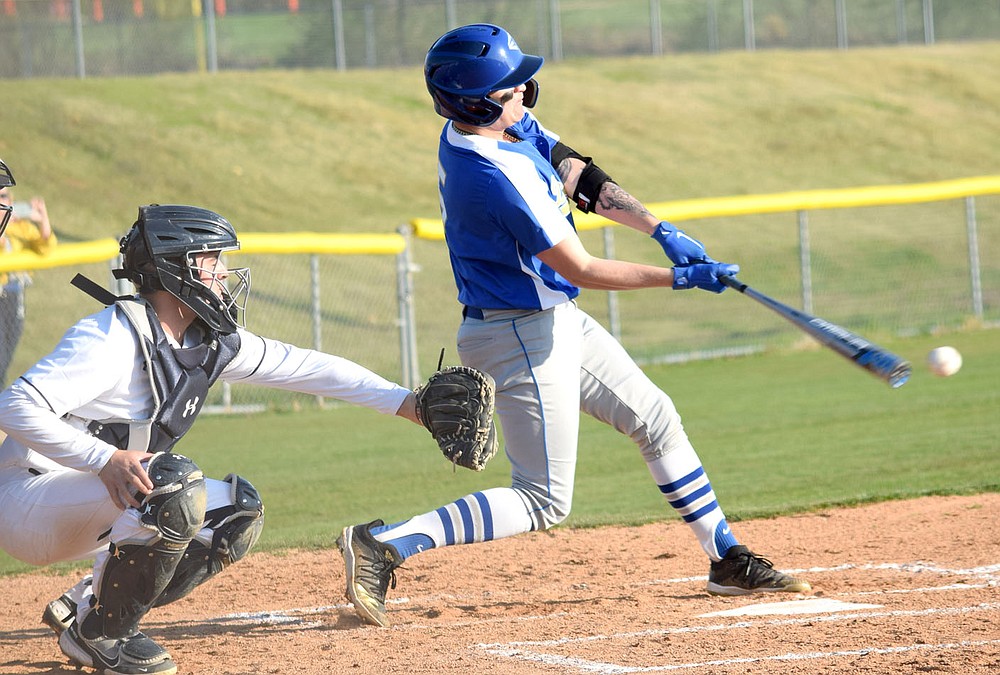 Westside Eagle Observer/MIKE ECKELS Zac Luker get a piece of the ball sending into left field for a base hit during the Thaden-Decatur baseball contest in Springdale March 29. The Barnstormers picked up the win 5-2 over the Bulldogs in this non-conference game. 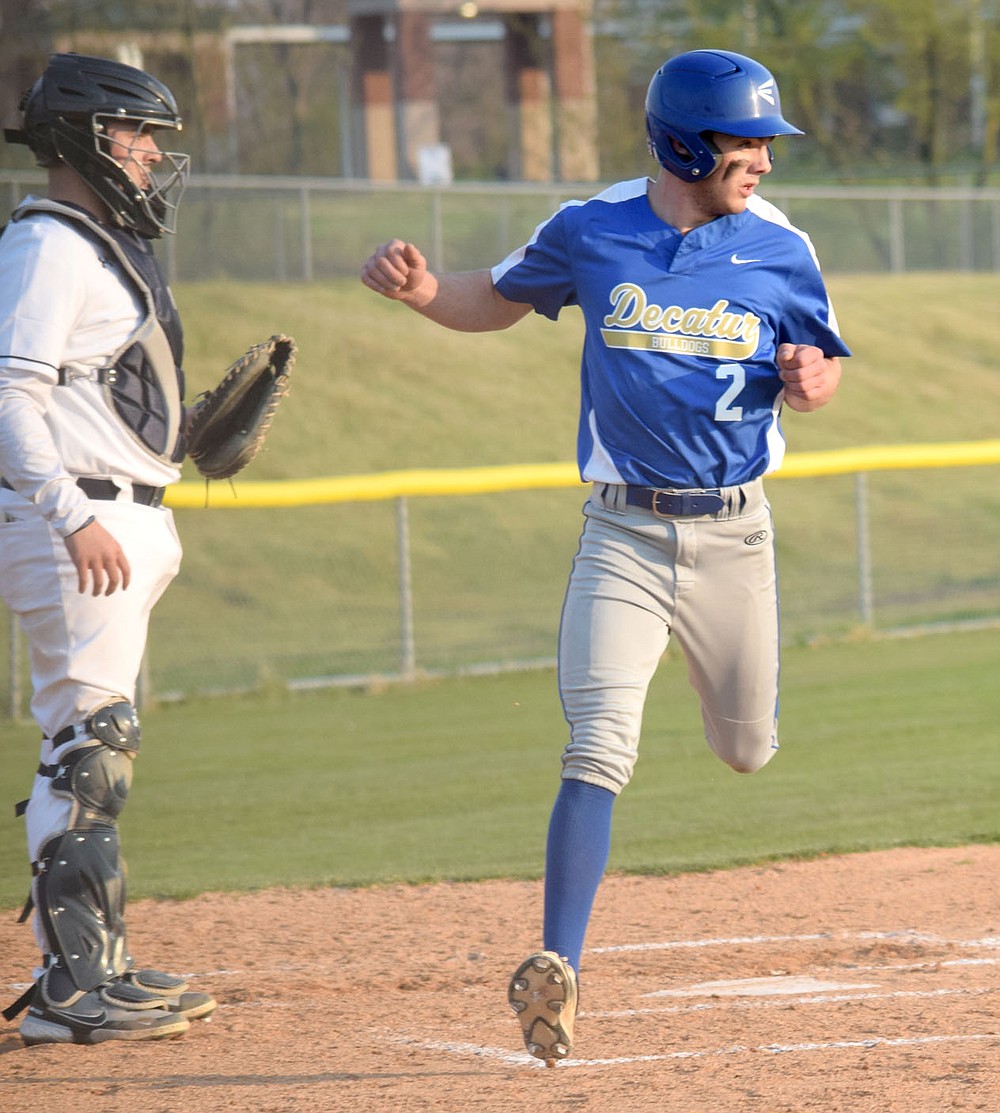 Westside Eagle Observer/MIKE ECKELS Tyler Burchette crosses over home plate for the first of the Bulldogs two runs during the first inning of the Thaden-Decatur varsity baseball games at the Tyson Baseball Complex in Springdale March 29. The Barnstormer took the game 5-2. 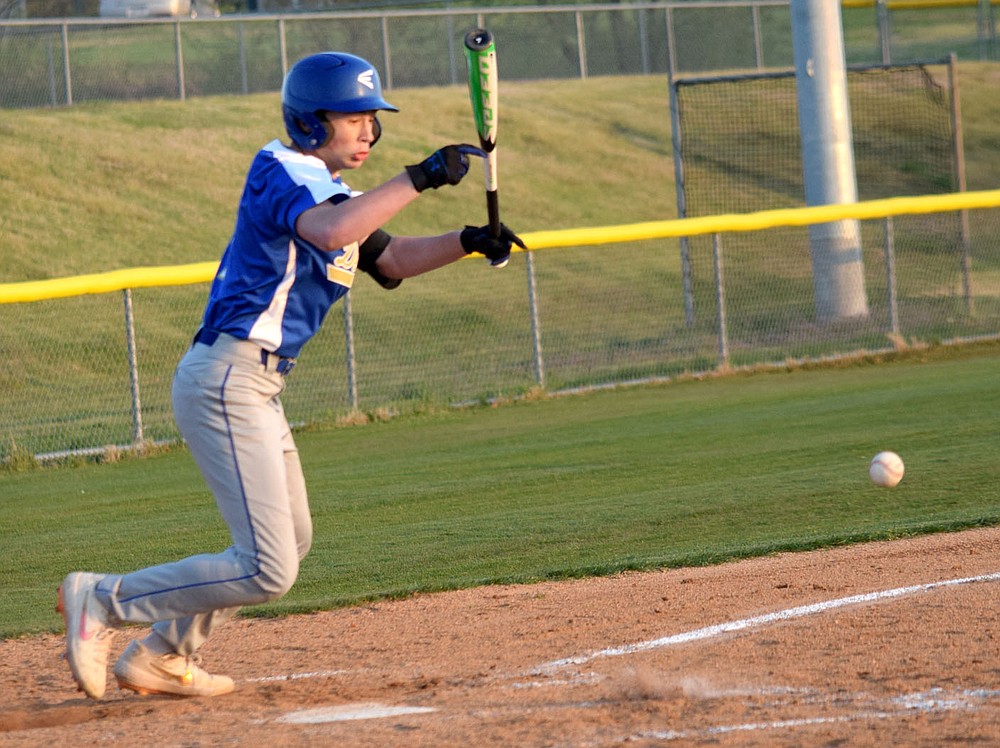 Westside Eagle Observer/MIKE ECKELS Bulldogs batter Landon Watson bunts the ball to the left side of the infield during the third inning of the Thaden-Decatur ball game in Springdale March 29. Watson was out at first but his hit advanced the Bulldog runner from second to third base setting up a run for Decatur.
ADVERTISEMENT