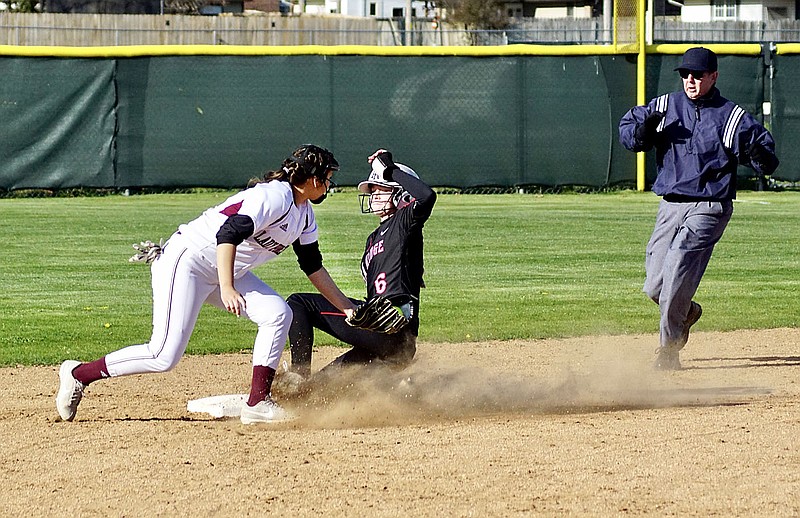 Gentry scored a run in the second, two in the third, three in the fourth, and another run in the fifth for a healthy 7-4 lead at the end of five, but everything changed in the sixth when Pea Ridge scored six runs on a pair of hits, a walk and a couple of Gentry errors.

Kyleigh Wheaton hit a homerun for Gentry in the bottom of the sixth, but it wasn't enough and Pea Ridge piled on four more runs in the top of the seventh for extra insurance.

Afton Finnell had two hits in the game for Gentry and four RBIs. Mazzi Jones and Wheaton hit homers in the game. Malea Wilson had a double. 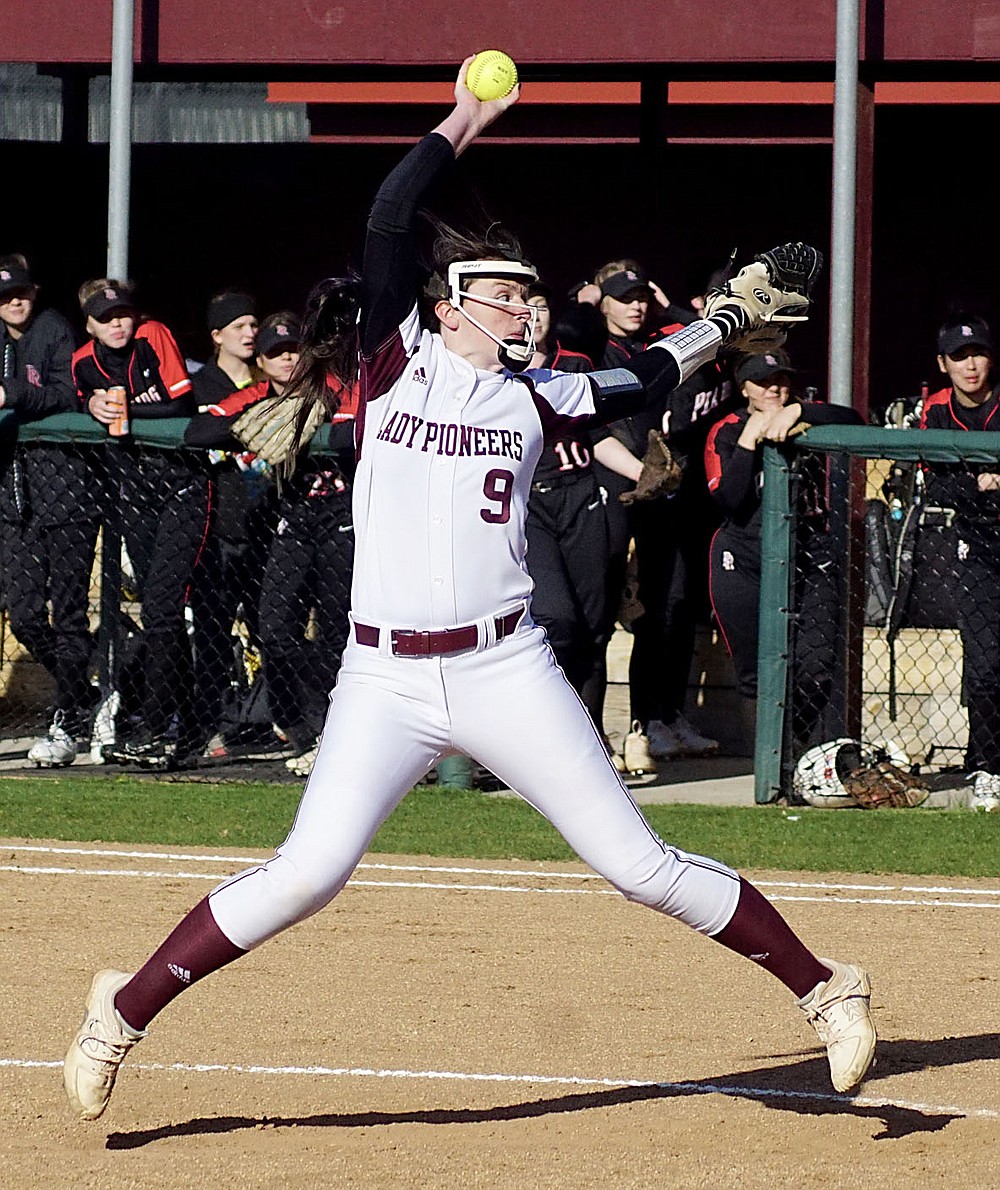 Westside Eagle Observer/RANDY MOLL Gentry's star pitcher, Kyleigh Wheaton, not only strikes out many batters in each game, but she also hit home runs in both of Gentry's games last week. 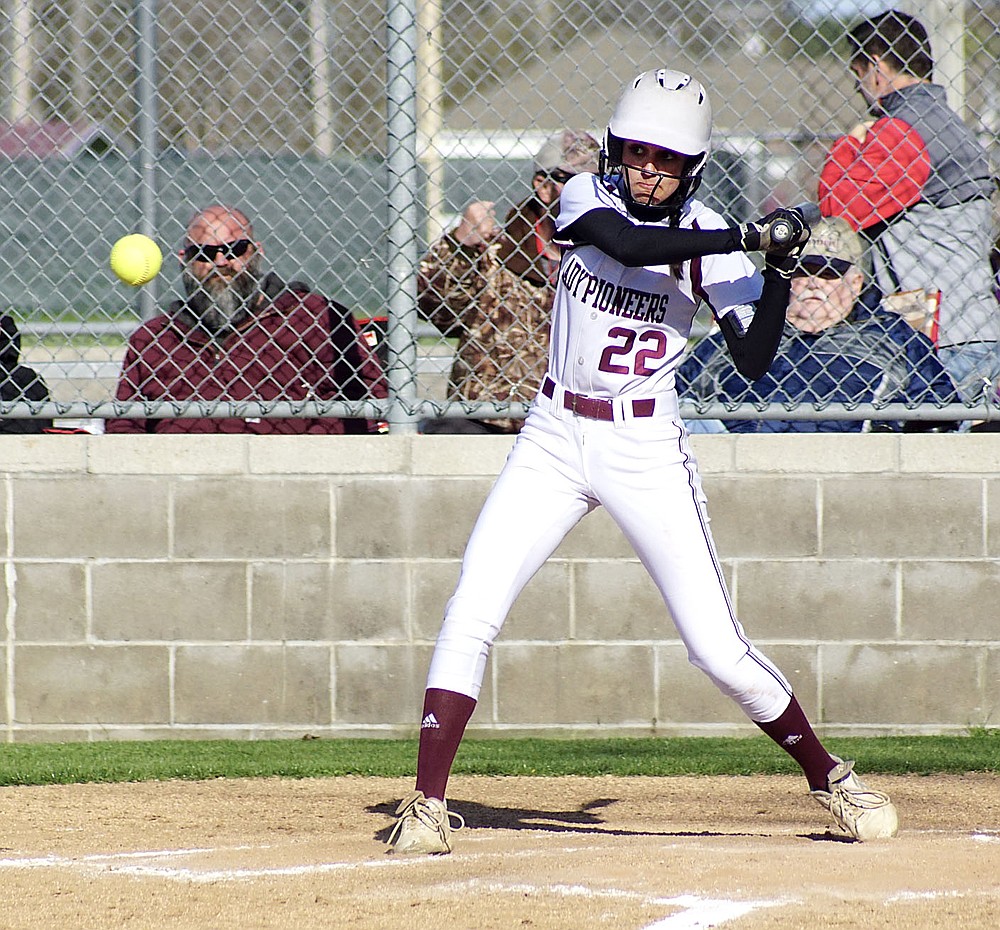 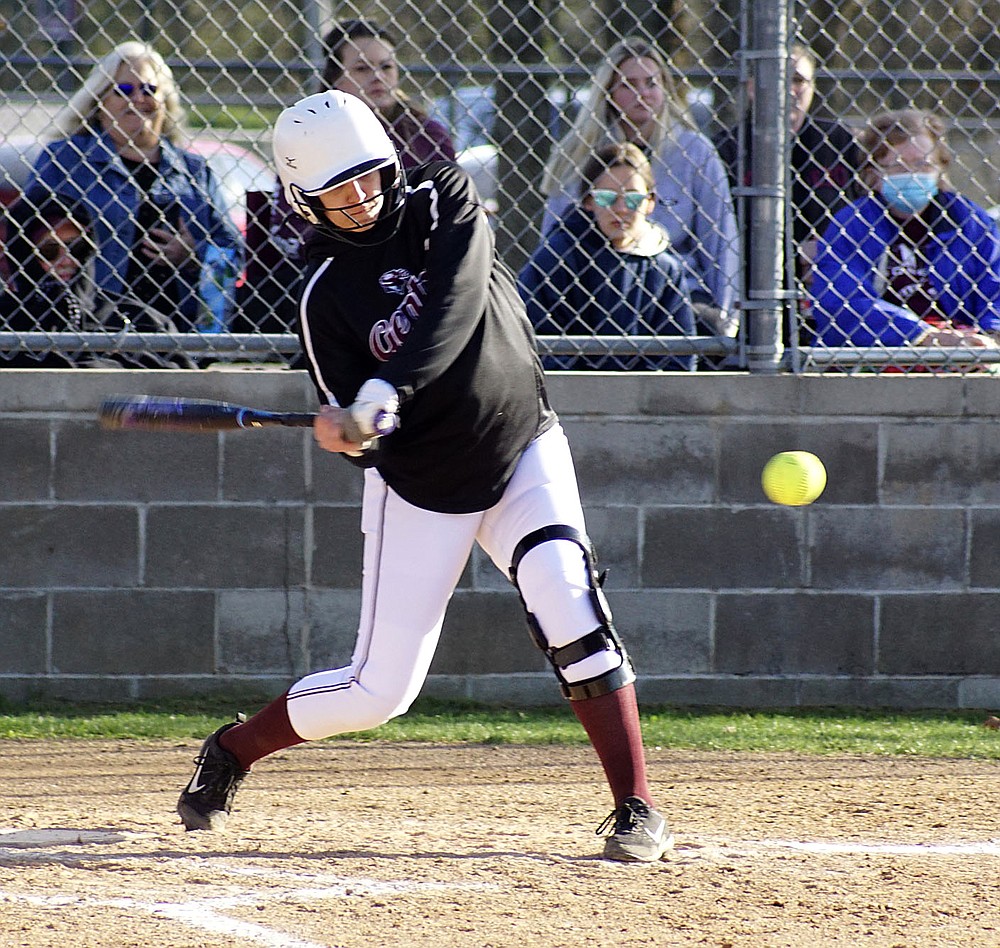 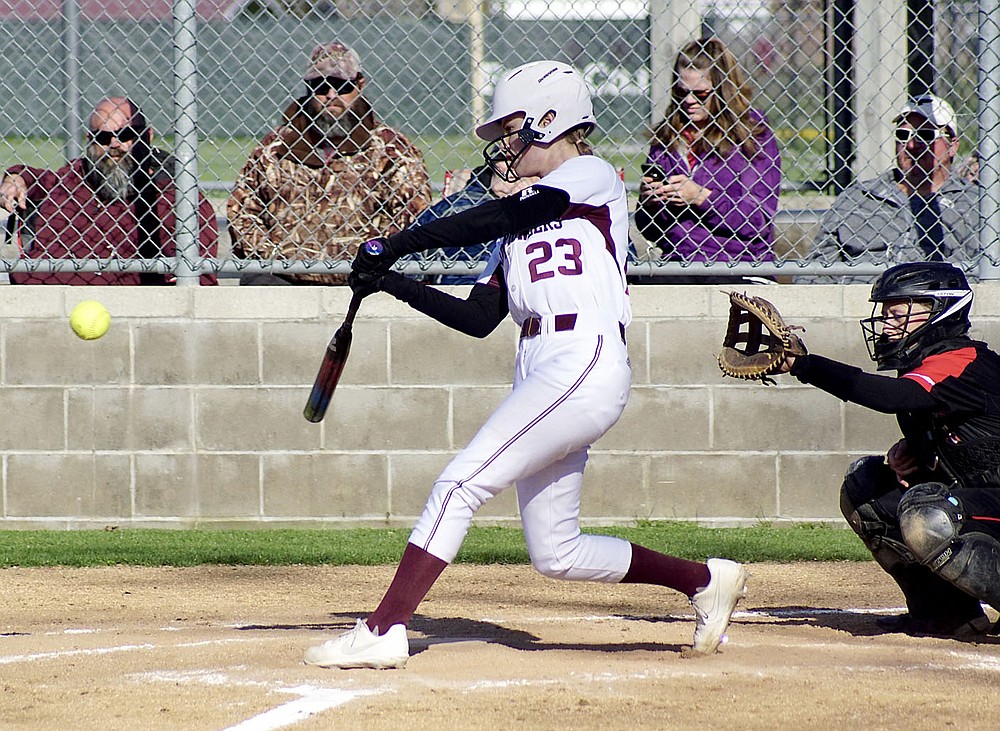