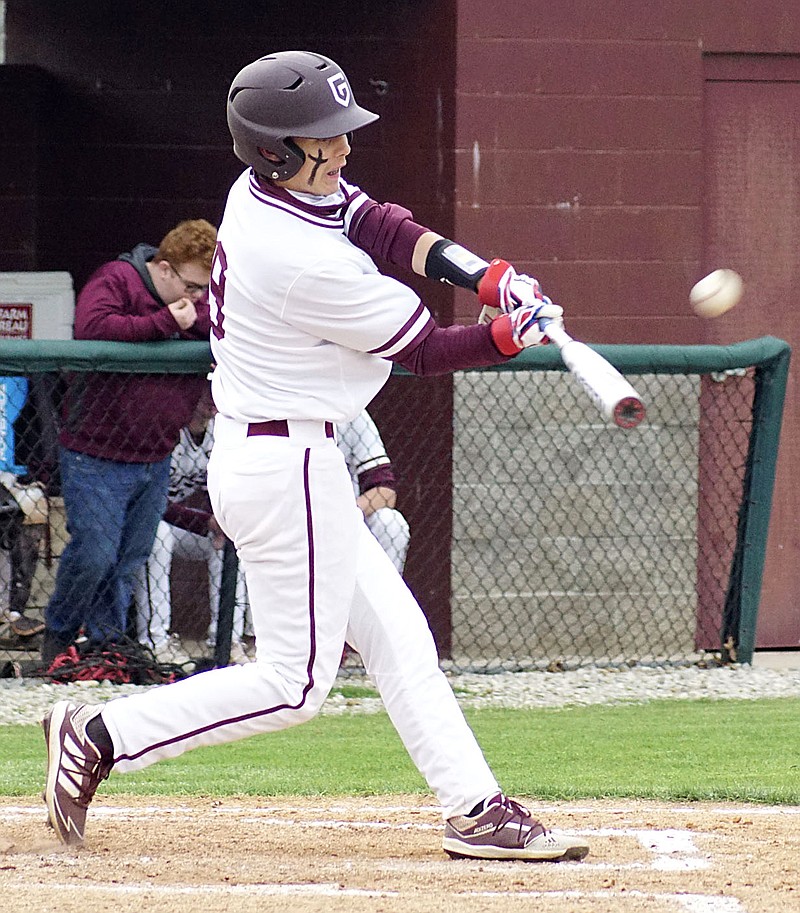 GENTRY -- The Pioneers scored a run in the second, two in the fifth, and five more in the sixth for an 8-1 win over the visiting Hawks from Pea Ridge on March 30.

Gentry's Cody Tucker drove in a run in the second with a single. In the fifth, Garry Cox walked and made it home on a single by Tucker, a walk by Dawson Wright and a balk. Wright later made it home on a passed ball.

Isaak Crittenden started off on the mound for Gentry. He gave up one run on three hits over five innings, striking out nine. Isaiah Lemke finished the game for Gentry, allowing one hit and striking out four.

Tucker was 2-for-3 with his bat to lead the Pioneers in hits. The Pioneers were charged with no errors in the game. 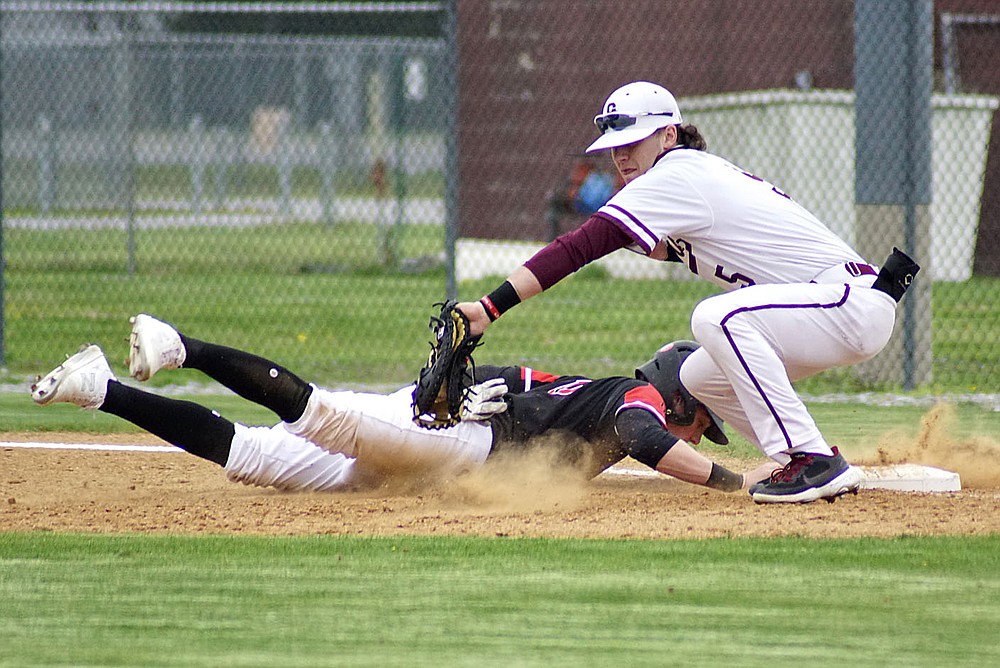 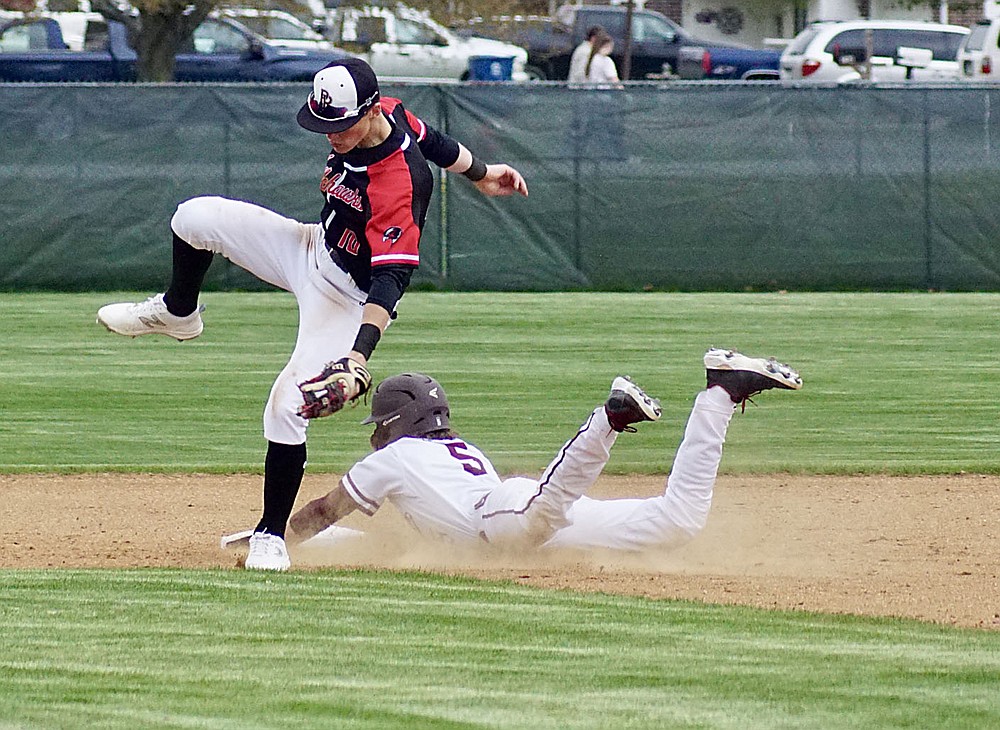 Westside Eagle Observer/RANDY MOLL Gentry's Garry Cox slides into second and almost takes down the Pea Ridge second baseman in the play on March 30 at Gentry High School. The throw missed it mark and was stopped by the centerfielder, allowing Cox to advance. 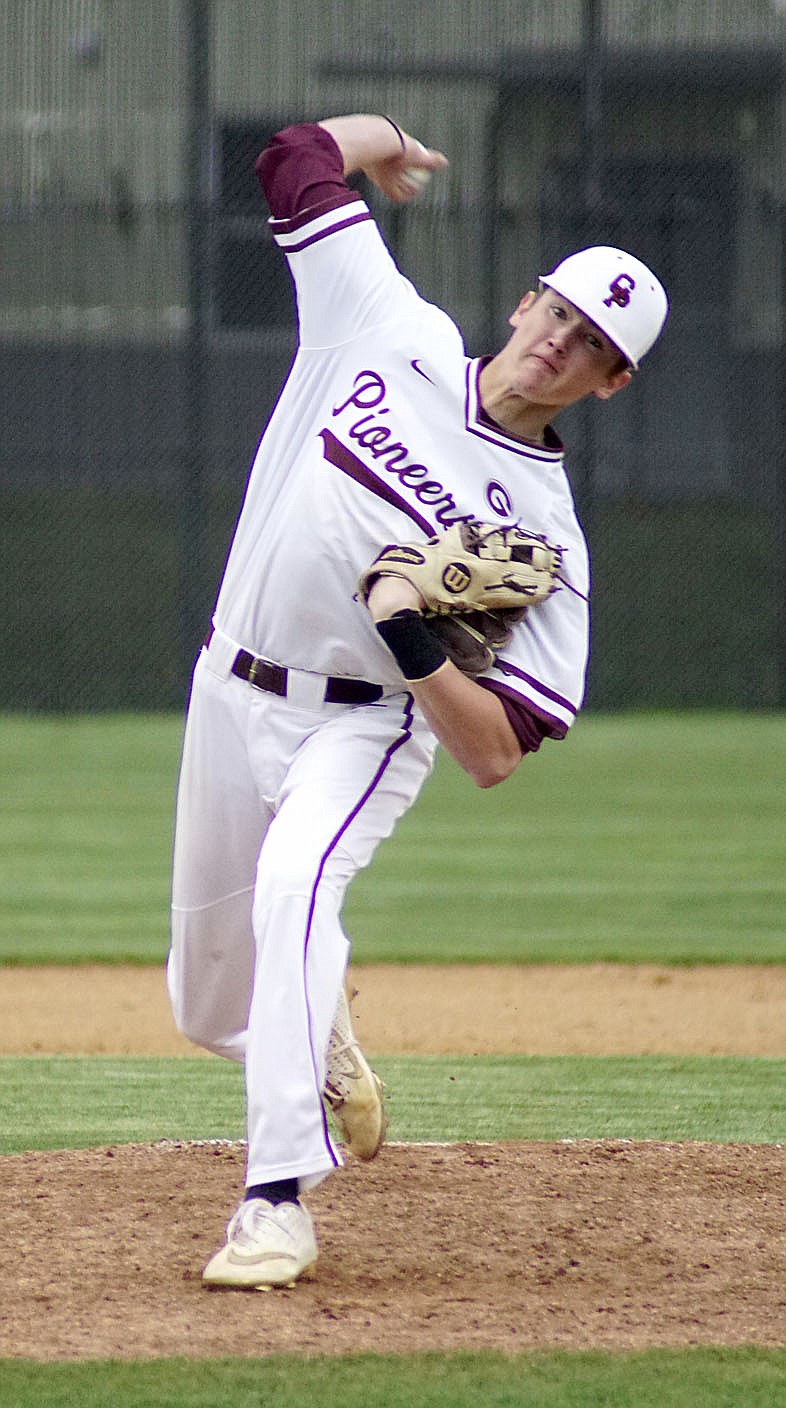