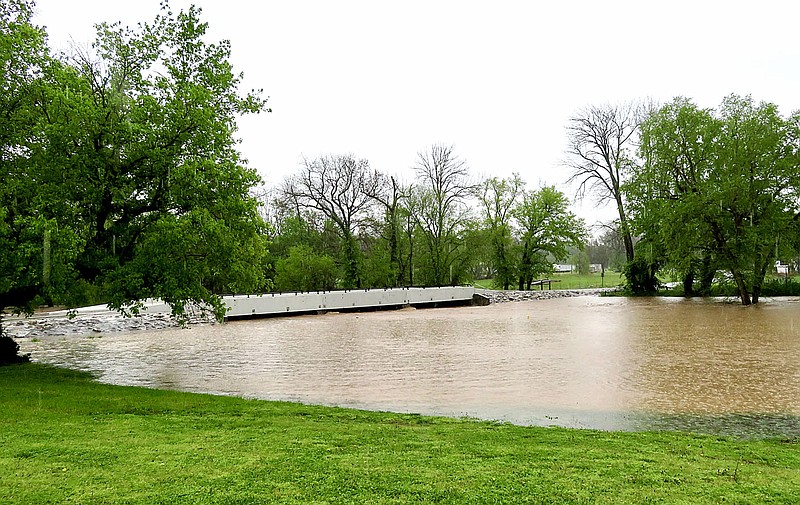 Westside Eagle Observer/RANDY MOLL The new bridge over Flint Creek on Dawn Hill East Road in Gentry was being put to the test on Wednesday morning with the flooded creek reaching within inches of the bottom of the bridge. The bridge, which was completed in August 2020, is designed to be overflowed should the creek rise to that level. In 2017, spring flooding caused scouring and undermining to the support structures of the bridge when debris packed under the bridge and forced water to flow around it.

GENTRY -- Heavy rains which fell overnight and during the morning hours today caused some localized flooding in Gentry, especially along Flint Creek.

City workers were keeping an eye on the rising creek and the bridge Wednesday morning. Flooding in April 2017 damaged the old bridge when debris built up under the bridge and caused water to run around the bridge span and undercut the bridge's support structure. As a result, the old bridge was deemed unsafe and closed, later to be demolished.

The new, existing bridge was finally completed in August 2020. According to plans, the new bridge was built 2 1/2 feet higher than the old and designed to allow the bridge to be overflowed in the event of severe flooding and prevent a recurrence of what took place in 2017.

On Wednesday morning, water was just inches from the base of the bridge but debris had not built up as before. 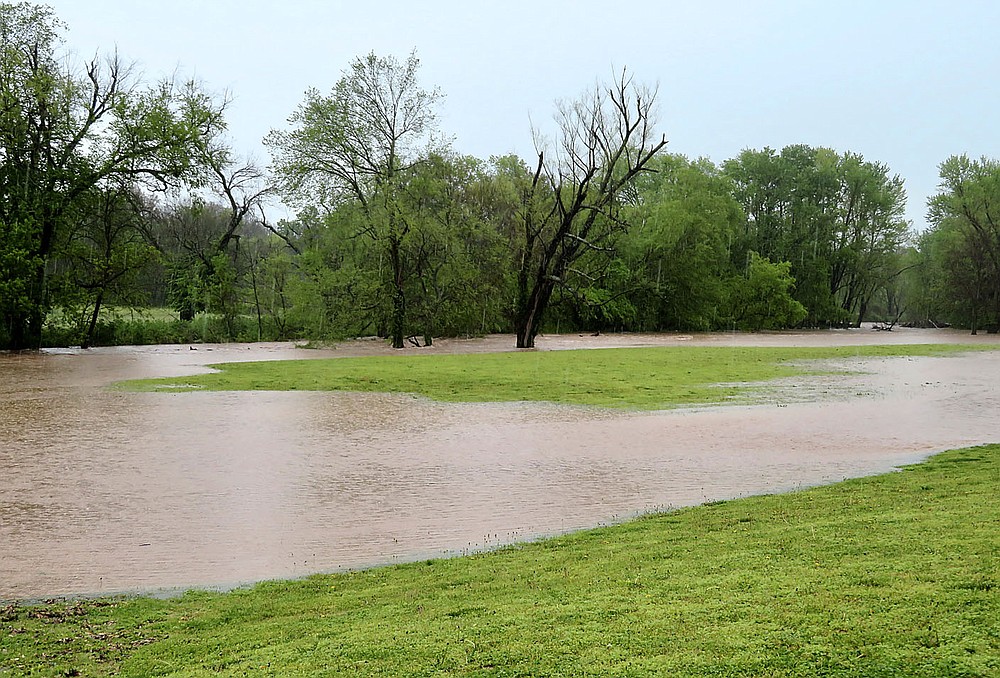 Westside Eagle Observer/RANDY MOLL Floodwaters swelled over the banks of Flint Creek on the east side of the new Dawn Hill East bridge in Gentry on Wednesday morning. City workers were keeping an eye on the flooded creek and the bridge, with more rains anticipated before the storms move off. 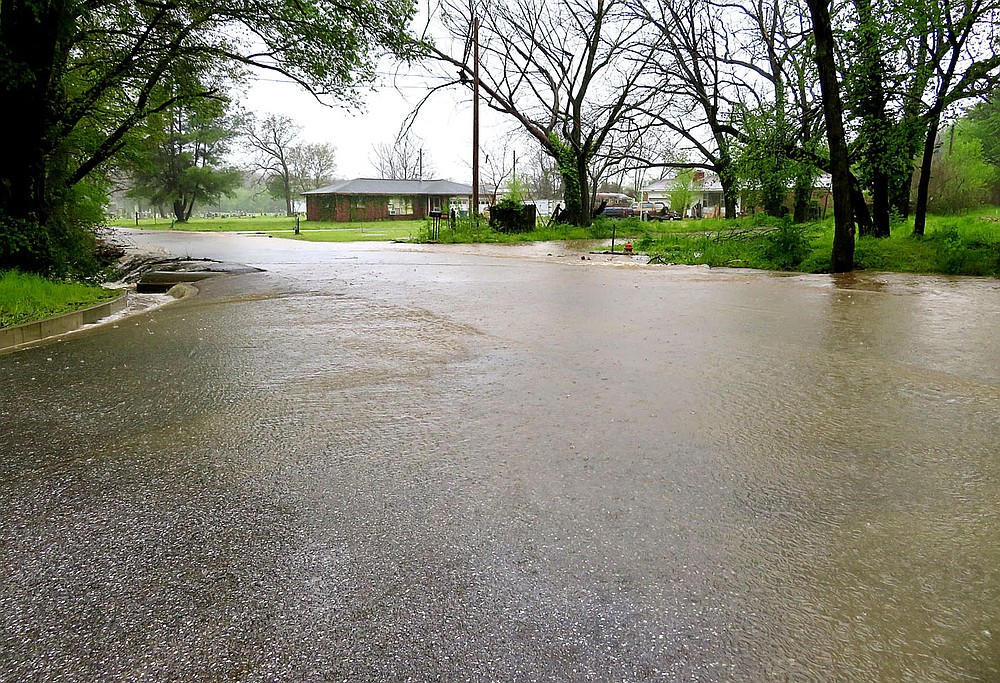 Westside Eagle Observer/RANDY MOLL Water overflowed the roadway at the junction of Pioneer Lane with Marion Lee Road in Gentry on Wednesday morning following heavy rains which fell overnight and into the morning hours.
ADVERTISEMENT