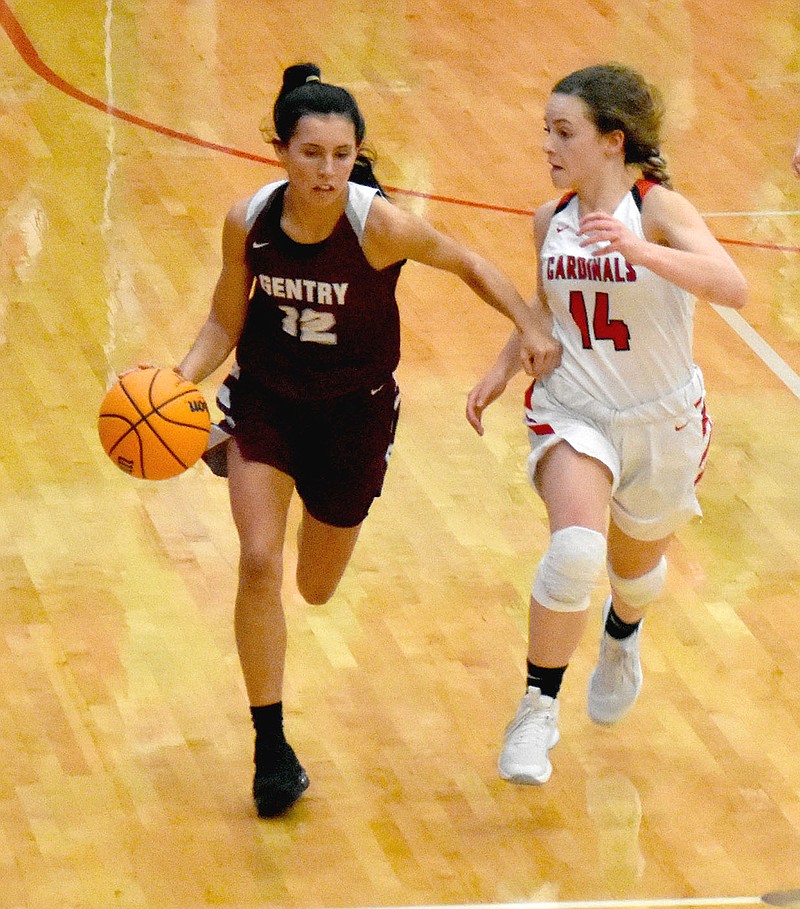 Farmington embarrassed the Lady Pioneers by blowing them out on their home court, 66-32, on Jan. 26. The first quarter started that way again before Gentry settled in defensively and began consistently cutting off paths to the basket. Forced to shoot outside, Farmington wasn't hitting and Gentry outscored the Lady Cardinals, 21-14, over the middle two quarters.

Gentry fashioned an 8-4 run over a two-minute span of the second quarter to pull within 28-15 at halftime, beginning with Alyssa McCarty's 3-point shot. Trinity Johnson made a free-throw for Farmington, then Randi Jo Bolinger cranked up a three from the top-of-the-key.

Farmington again made 1-of-2 foul shots and Gentry scored on McCarty's 10-feet pull-up jumper. The Lady Pioneers stopped a Tori Kersey drive in the lane, but the Farmington star was able to kiss the ball off-the-glass from an awkward angle.

Neither team scored for the last minute and Farmington took a 28-15 lead into the half.

Megan Hernandez' putback matched Farmington's biggest lead of the contest at 30-15, but Gentry scored nine unanswered points in the third quarter to get back in the game.

Jaiden Wilmouth beat the Lady Cardinals in transition and Bolinger got a three to bounce in. McCarty went to the offensive glass and put in a missed 3-pointer. A Gentry steal and layup reduced Farmington's lead to 30-24.

Hernandez broke the run by catching a lob and scoring on the low right block. Bolinger scored at the other end as Gentry advanced the ball down-court quickly. Farmington got the last basket of the third with Trinity Johnson cutting across the key, taking a pass and putting the ball in the hoop for a 34-26 lead.

The Lady Pioneers twice got within six points in the fourth. McCarty caught a cross-court pass, then drove the baseline, cutting Gentry's deficit to 34-28. Trinity Johnson missed a 3-pointer but chased down her own rebound to answer for Farmington.

Farmington missed a fast-break layup, then Gentry went the other way, getting a good shot which missed, but Wilmouth rebounded and laid it back in, keeping the Lady Pioneers within 36-30.

In the last five and a half minutes, the Lady Cardinals outscored Gentry, 10-2, to put the game away, including the last seven points after Wilmoth's bucket.

Trinity Johnson knocked down a 3-pointer. Carson Dillard broke to the basket when Gentry trapped and the Cardinals found her. She added another layup after releasing down-court. 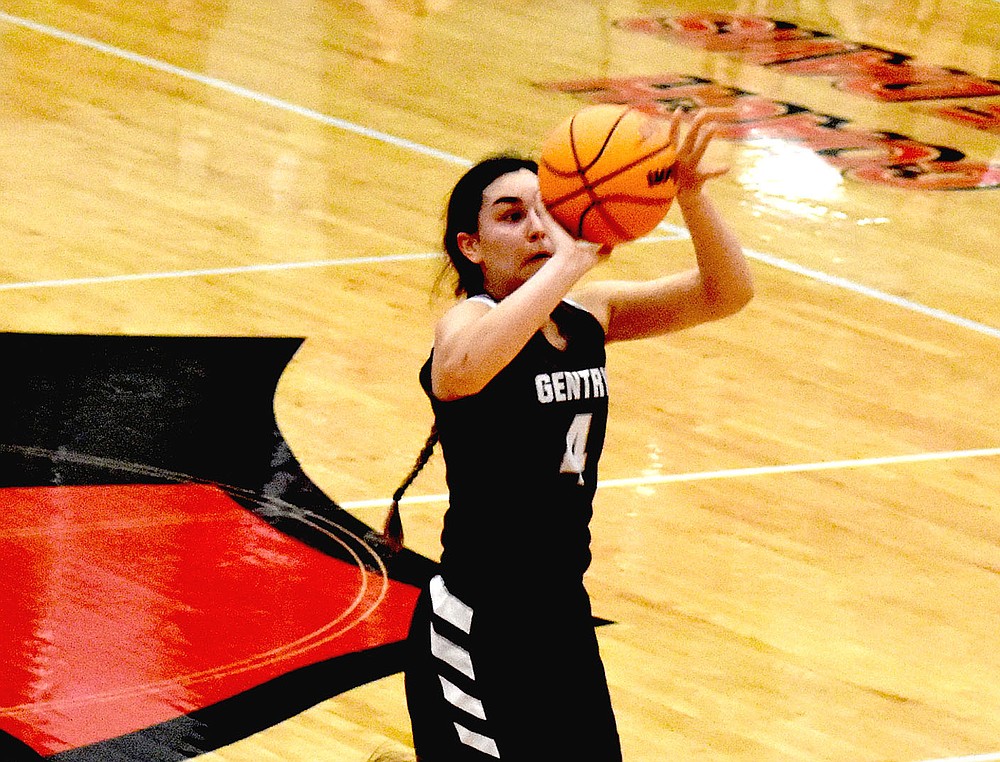 MARK HUMPHREY ENTERPRISE-LEADER/Gentry senior Randi Jo Bolinger made this 3-pointer, one of a trio of treys she hit against Farmington. Bolinger scored 13 points to lead the Lady Pioneers during a Tuesday, Feb. 9, girls basketball 46-32 loss at Cardinal Arena. 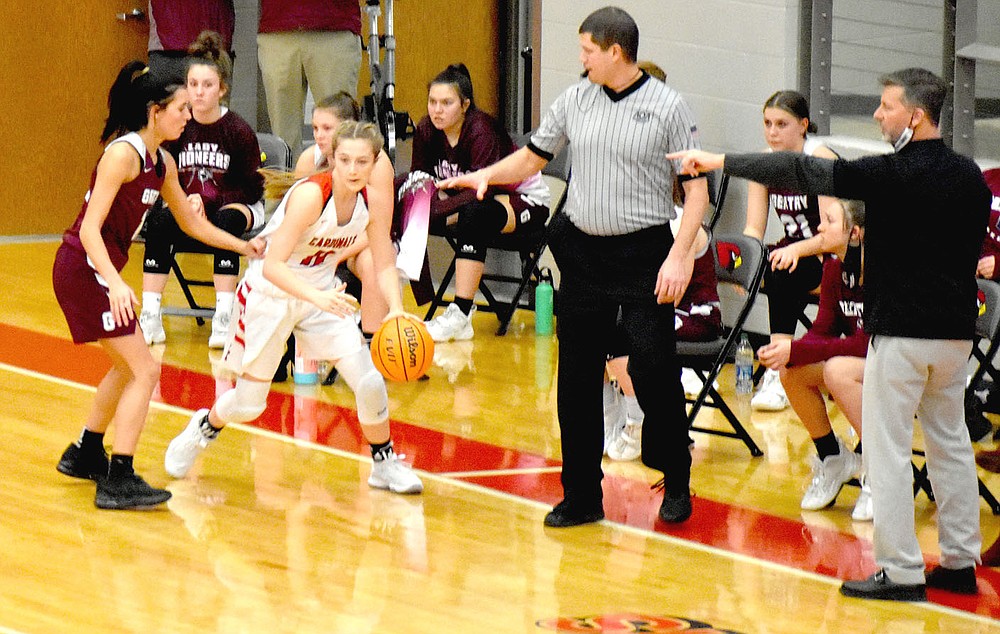 MARK HUMPHREY ENTERPRISE-LEADER/Gentry girls basketball coach Toby Tevenbaugh (right) directs the Lady Pioneer defense as they attempt to trap the ball on the wing during a 46-32 loss for the Lady Pioneers at Cardinal Arena on Tuesday, Feb. 9.