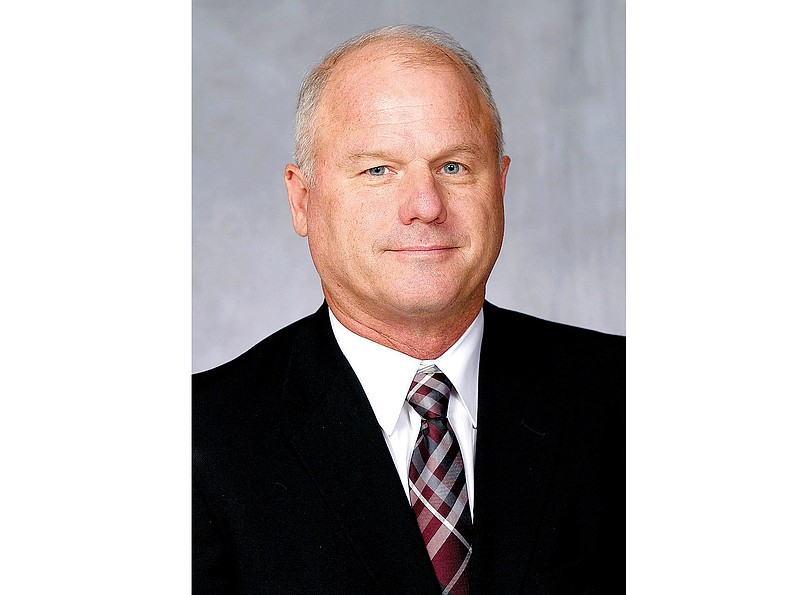 LITTLE ROCK -- Sen. Jim Hendren of Sulphur Springs announced Thursday he's bolting the Republican Party to be an independent, saying the "final straw" was the Jan. 6 riot at the nation's Capitol.

"I haven't changed. My party has," Hendren said in an eight-minute video posted on Twitter.

He said he's founded a group called Common Ground Arkansas that will find and support leaders willing to work together instead of pushing people apart.

"We want to encourage the trip across the aisle and make it easier to resist the forces that continue to push both parties to extremes. We want to provide a home for those who don't feel comfortable with either party, while also working with reasoned and responsible leaders from both parties."

Hendren, rumored to be considering a run for governor, said Thursday he doesn't have a specific timetable to decide whether he's a candidate for that office in 2022.

"This is not about me starting a governor's campaign," he said. "We'll look at it down the road."

Hendren, 57, has served in the state Senate since 2013 and spent the last two years as the Senate president pro tempore.

The owner of Hendren Plastics was in the state House of Representatives from 1995-2001, where he sometimes was a critic of then-Gov. Mike Huckabee, a Republican.

He made an unsuccessful bid for the Republican nomination in the 3rd Congressional District in a special election in 2001.

Hendren is a nephew of Republican Gov. Asa Hutchinson, who is barred from seeking re-election under the state's term limits amendment.

In his video, Hendren said the Legislature too often is unable to function for the people of Arkansas because "we have let ourselves become deaf to other folks' needs and perspectives" and the political parties too often encourage and reward that.

He said he decided to leave the Republican Party and have no party affiliation because "my commitment to our state and to our country is greater than loyalty to any political party."

Hendren said he and his family have long been active members in the Republican Party. His father, Kim Hendren, is a former lawmaker. His sister is Rep. Gayla McKenzie, R-Gravette.

Jim Hendren said it would be easy to blame on one person or a few people the nation's worsening political discourse, increased inability to agree on simple facts, and changes that embolden the worst impulses and the most extreme thinking.

"But sadly it runs more deeply and cuts more broadly than that," Hendren said.

During the 2016 campaign season, he said he heard people demonized as rapists and murderers, and watched the encouragement of the worst voices of racism, nationalism and violence. He saw his military service and the service of his fellow service members dishonored with the ridicule of a Gold Star family whose son served with distinction. He said he also saw a hero of his, U.S. Sen. John McCain, called a loser on national TV.

"I watched the former president actively fan the flame of racist rhetoric, make fun of those with disabilities, bully his enemies and talk about women in ways that would never be tolerated in my home or business," Hendren said.

He said he worried about the example set for his sons and grandsons by Trump and that party leaders too often took a back seat to holding the former president accountable.

"Then for months, I watched as members of my own party and our former president tried to overthrow the results of a fair and free election ... with lies, with false statements, conspiracy theories and attempts to subvert the constitution," he said.

That led to the violent events at the nation's Capitol on Jan. 6 and "for me, that day was the final straw," Hendren said.

Hendren said he voted for Trump's re-election in November in what he described as a difficult vote.

He said he still had hoped to turn around the GOP at that time, but changed his mind after attempts by U.S. senators not to certify the presidential election results and after the Jan. 6 riot.

Hendren said he still is a conservative who believes in fiscal responsibility and a restrained government meeting the needs of its people. But he said he values decency, civility and compassion and he doesn't see that in the GOP anymore.

He said there are still great people in the Republican Party and he respects that they are going to stay and try to right the ship.

"But I have come to the conclusion that I can have the greatest impact outside of either party," he said.

He said he's more committed than ever to serve all the people of Arkansas and do it with respect, integrity and honesty.

Hutchinson said he has worked for more than 40 years to build the Republican Party in Arkansas.

"We have been successful by becoming the majority party and using our majority to lower taxes, reduce regulations, transform government and protect life," the governor said.

"Sen. Hendren has been a big part of that success story in leading the senate and working to find solutions," the governor said. "Jim is family and his heart is in service and I know his motivations are pure."

While Hutchinson said he understands and identifies with the concerns expressed by Hendren, "I am convinced that for me the best pathway for continued conservative governance is through the GOP."

Rutledge said while she appreciates Hendren's and his family's public service, "I am disappointed by his decision to leave the Republican Party.

"As the first woman and first Republican elected Attorney General of Arkansas, I am proud of our accomplishments as the majority party which reflects the views and values of everyday Arkansans," she said.

Senate Democratic leader Keith Ingram of West Memphis said he respects Hendren's decision and looks forward to working with him and other like-minded leaders who want to cross the aisle.

He said he shares Hendren's concern about people prioritizing their party politics over what's best for Arkansans.

Moderate Republicans are now the fringe in the Republican Party, Ingram said.

The Republican supermajorities in the state House and Senate and Trump's victory in Arkansas in the general election show Arkansans want a conservative policy, he said.

If Arkansans wanted more centrist policy, Flippo said he thinks that would be reflected in the party makeup of the General Assembly.

"Not once, to myself or my predecessor, has Jim Hendren ever picked up the phone to express concerns. He gladly received our substantial support over the years, including a mail piece from us last fall in his bid for re-election, where he ran on the Republican ticket a mere three months ago," she said.

"The Republican Party has plenty of room for differing ideas. In fact, that is what has made us the majority party of Arkansas. Some of the concerns raised by Jim stem from a presidential primary five years ago, which calls into question his motivation now," she said.

"This is nothing more than an attempt to garner press for a future independent candidacy for governor, knowing that he cannot compete with the conservative records of Attorney General Leslie Rutledge or Sarah Huckabee Sanders."

State Democratic Party Chairman Michael John Gray said Hendren's exit from the GOP highlights the mistakes made by blindly voting for Republicans based on the divisive national rhetoric.

"Arkansas Democrats have been and always will be the party that puts the people of Arkansas first," he said.

Information for this article was contributed by Frank E. Lockwood and John Moritz of the Arkansas Democrat-Gazette.