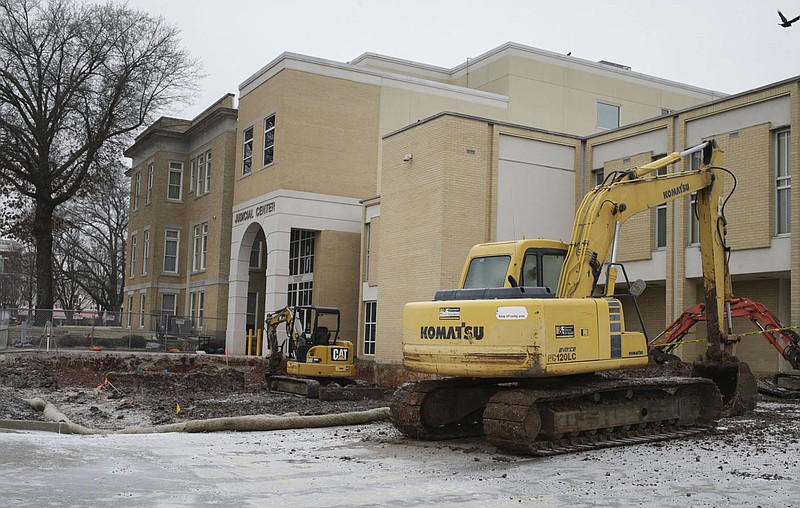 A construction site is shown, Thursday, February 11, 2021 at the Courthouse in Bentonville. Check out nwaonline.com/210212Daily/ for today's photo gallery. (NWA Democrat-Gazette/Charlie Kaijo)

BENTONVILLE -- Construction noise from the courthouse expansion has interrupted at least one Benton County court, but the judge involved understands.

A new courtroom is needed for Christine Horwart, who was elected in March and is the county's seventh circuit court judge.

Horwart's courtroom and office area will be on the second floor of the addition. A lobby will be on the first floor. The expansion will add 5,500 square feet to the 28,000-square-foot courthouse.

Benton County Circuit Judge John Scott said he has halted court twice because of jackhammering outside. Scott, though, doesn't expect the construction to cause any serious problems.

A vacant, one-story building east of the courthouse was demolished in December. The building previously housed the Benton County coroner's office. Now it is a matter of getting the building pad into shape, Beeson said. Concrete should start to be poured in March, he said.

For now, Horwart's courtroom and chamber are in a remodeled area in the courthouse last used as a courtroom in 2012. Her courtroom is 888 square feet.

Horwart held her first day of court Jan. 4 after she was sworn in by her former law partner, Tom Smith, who also is a Benton County circuit judge. He oversees juvenile cases.

The construction also will allow for expanded parking on the east side of the courthouse and will add a connecting walkway from the courthouse to the Benton County Administration Building, said Channing Barker, county communications director.

A new lobby will include two areas for deputies to provide a better flow into the building.

The courthouse's south entrance on East Central Avenue closed Jan. 29 in anticipation of construction starting. The front doors, at the top of a 16-step staircase on the building's west side, are the only public entry into the courthouse.

Anyone who cannot walk up the front steps can call 479-268-9611, and a Sheriff's Office deputy will allow them to enter through a door on the building's north side used by employees, Beeson said. 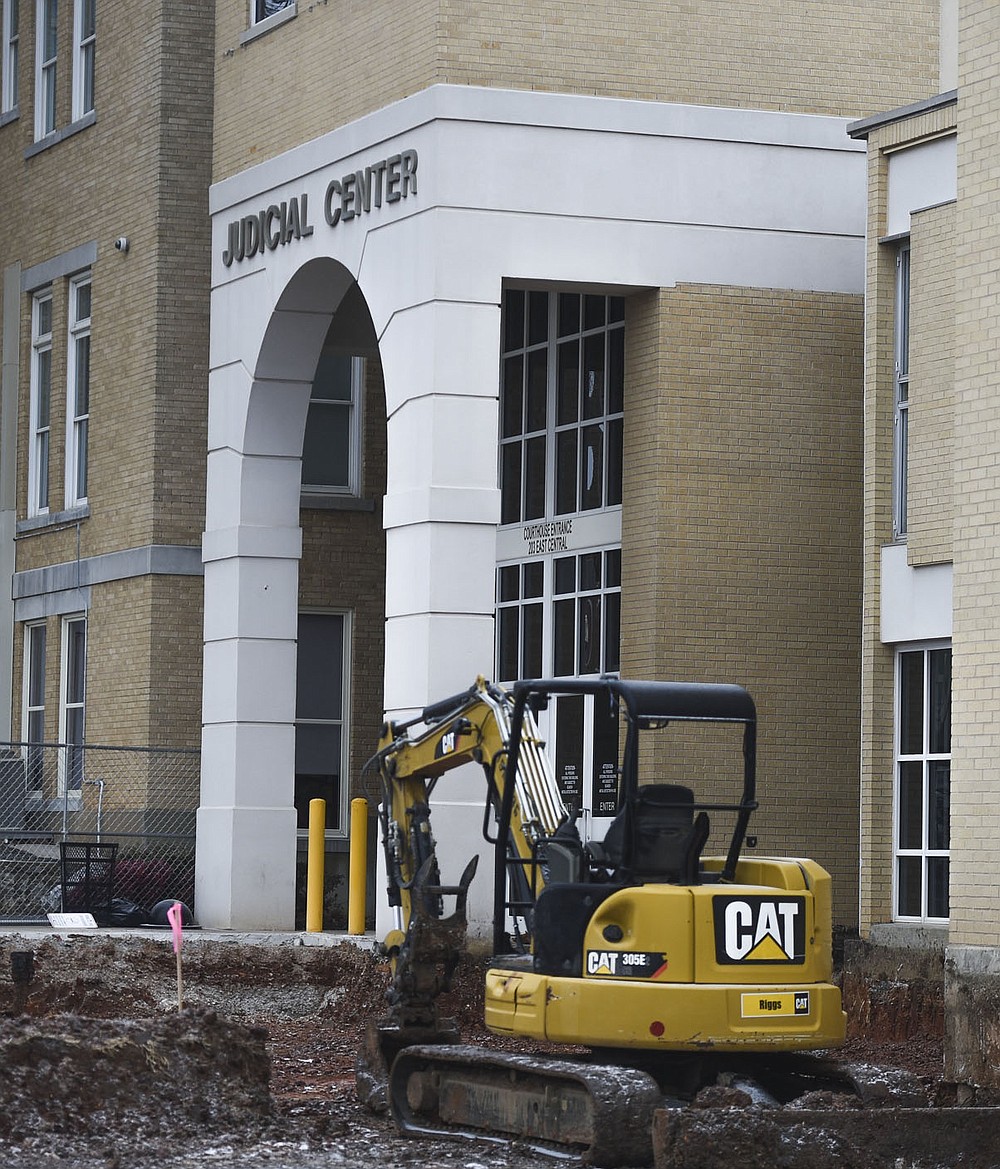 A construction site is shown, Thursday, February 11, 2021 at the Courthouse in Bentonville. Check out nwaonline.com/210212Daily/ for today's photo gallery. (NWA Democrat-Gazette/Charlie Kaijo) 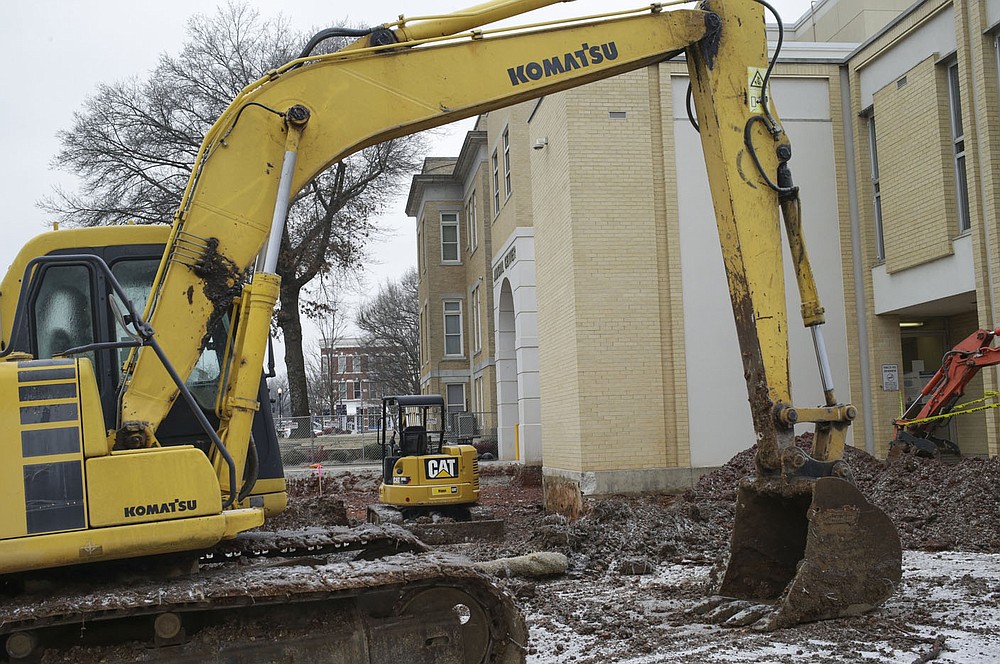 Benton County will finance the $3.1 million courthouse expansion. It secured the loan from Regions Bank for five years at 1.59% with no prepayment penalty, said Brenda Guenther, county comptroller.

Mike Jones may be reached by email at [email protected] Tracy Neal contributed to this report.