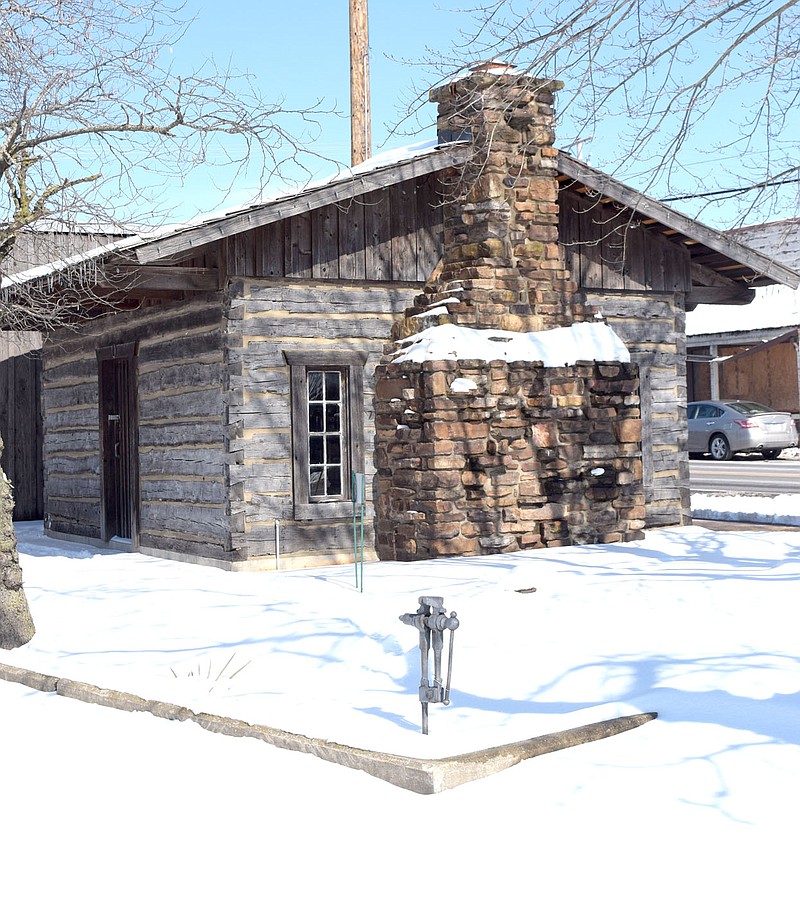 Westside Eagle Observer/MIKE ECKELS The day after Winter Storm Viola dropped from five to eight inches of snow over Northwest Arkansas Feb. 18, the skies cleared revealing a picture perfect winter scene with the log cabin in Decatur serving as a backdrop.

DECATUR -- Weather experts from the National Weather Service to the Weather Channel called it "a historic weather event" as millions of Americans experienced one of the worst series of winter storms in recent history. In Northwest Arkansas, many people braced themselves for one of the coldest Arctic blasts in several years.

But these same experts seem to forget that in the beginning of the fourteenth century (1300), a five-hundred-year weather event was beginning to encompass the world. This event in weather history was known as the Little Ice Age. The Little Ice Age followed a period of warming called the Medieval Warming Period (900-1300 CE). This was a point in time when the earth cooled by 1.1 degrees Fahrenheit, which allowed the mountain glaciers to expand and retreat, much like they are doing today.

This shift caused winter conditions that led to crop failure, famine, and eventually to the Black Death (plague). The year 1816 was known as "the year without a summer" when temperatures around the world decreased by 0.7 to 1 degree, causing record cold temperatures in the summer in the northern hemisphere.

In the 1880s, weather data was beginning to be recorded.

Since mid-January, Northwest Arkansas witnessed its share of extreme winter weather, from subzero temperatures and wind chills to ice and snow, all products of a winter weather pattern

from Alaska and the Arctic. The recent activity started with Winter Storm Malcolm in mid-January and included nine named storms in a three-week period. These storms included Nathaniel, Orlena, Peggy, Quade, Roland, Shirley, Tabitha, Uri, and the most recent and deadly, Viola.

If you watched the Weather Channel over the last 10 days, the national maps showed the later five named storms, Roland, Shirley, Tabitha, Uri and Viola, forming near the Gulf of Alaska and moving down the West Coast and, as kids waiting in line for a carnival ride, waited in the wings to move across the Rockies once the previous system moved into the central plains and on to the east coast. Each one brought more snow and ice than the previous one.

The final straw came when the Arctic air mass moved into the middle of this country from the Upper Midwest to the Gulf Coast. By the time it was over, more than 50 percent of the country was under some kind of wind-chill or winter-weather warning or both.

When Winter Storm Uri dropped around three inches of snow on Northwest Arkansas, with some remote areas receiving higher amounts, the precipitation was the least of area residents' problems. There were record-setting extreme subzero temperatures with wind chills reaching 21 degrees below zero.

The sub-zero temperatures caused rolling blackouts in Northwest Arkansas. On top of the loss of heat, some area residents and businesses faced ruptured pipes due to the extreme cold.

By Thursday afternoon, the skies cleared and the temperatures began to climb back into the 20s. When Friday morning rolled around, the area began to thaw out under clear blue skies, abundant sunshine and plenty of warm temperatures.

Hopefully, the extreme winter weather will not return anytime soon. But Punxsutawney Phil, who saw his shadow, predicted six more weeks of winter and we've only used up three so far. 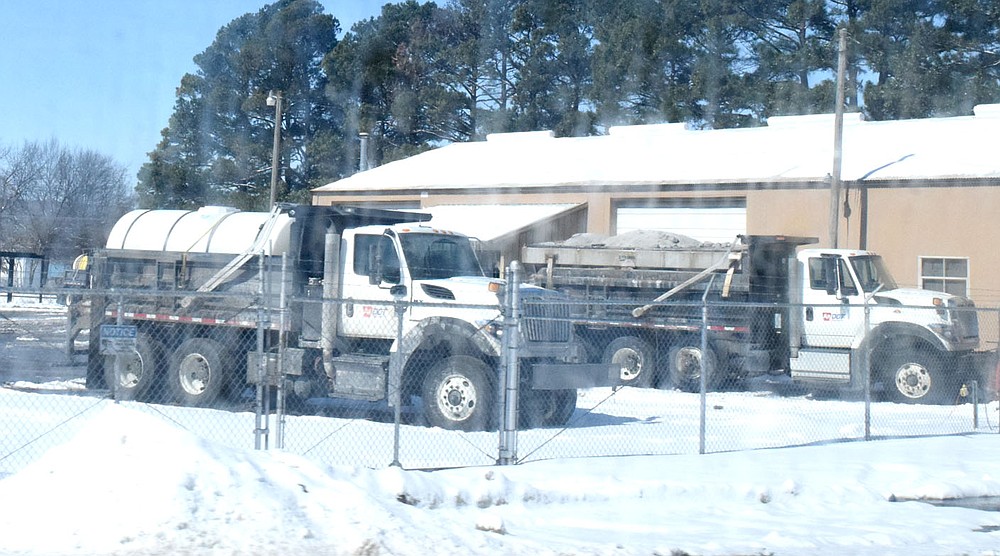 Westside Eagle Observer/MIKE ECKELS A pair of snow plows, one load with a chemical pre-treatmen the other with a salt-sand mixture, sits idle in the Arkansas Highway Transportation sub-station yard in Gentry Thursday morning. After days of treating and removing several inches of snow deposited by a series of winter storms, road crew final receive a much deserved rest.

Westside Eagle Observer/MIKE ECKELS Birds of different feathers flock together in search of bird seed dropped in a yard in Springdale Feb. 18. A series of strong winter storms brought freezing rain, sleet and snow to the Northwest Arkansas during a nine day period beginning Feb. 9. 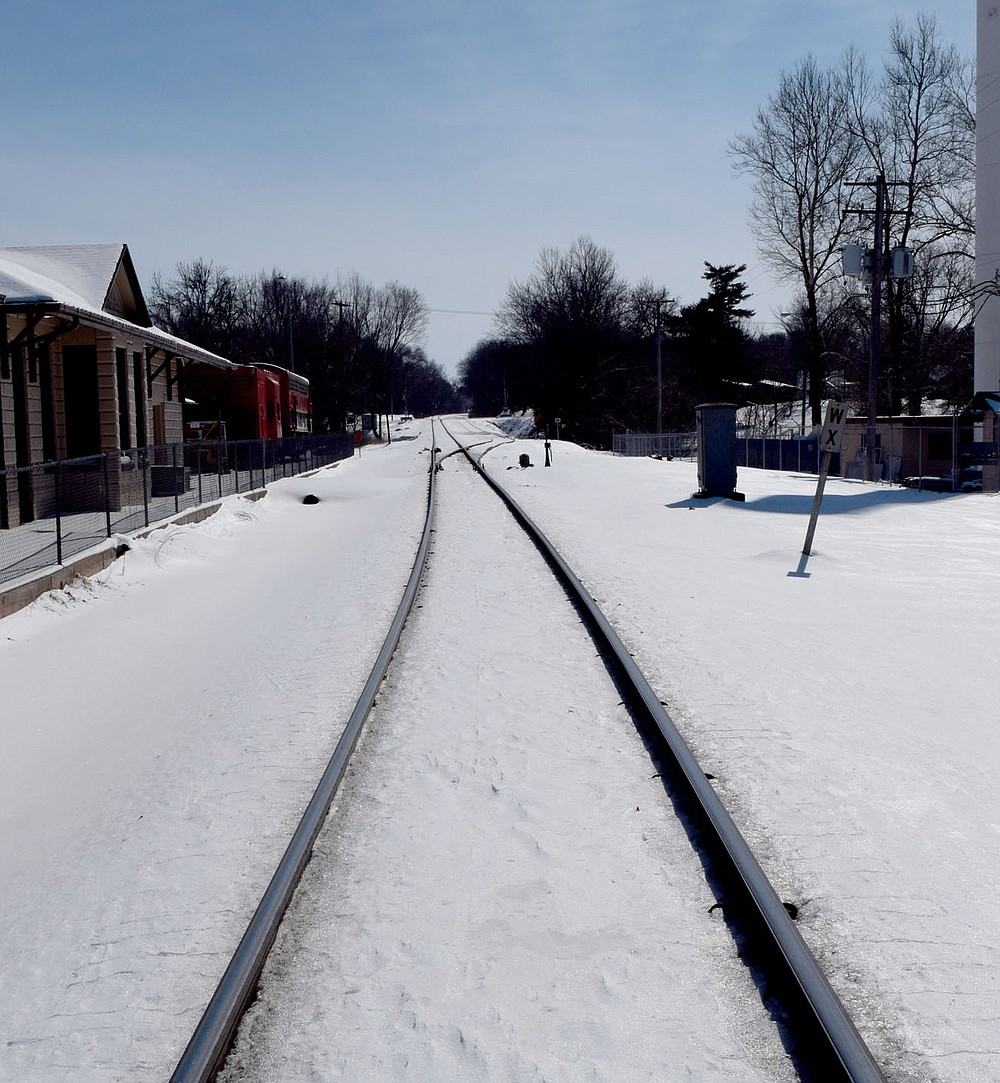 Westside Eagle Observer/MIKE ECKELS The main line of the Kansas City Southern Railroad near the Decatur depot is just barely visible after Winter Storms Uri and Viola dumps somewhere between five to eight inches of snow in Northwest Arkansas Feb. 18. Over time, several passing KCS freight trains helped to clear the snow off of the tracks. 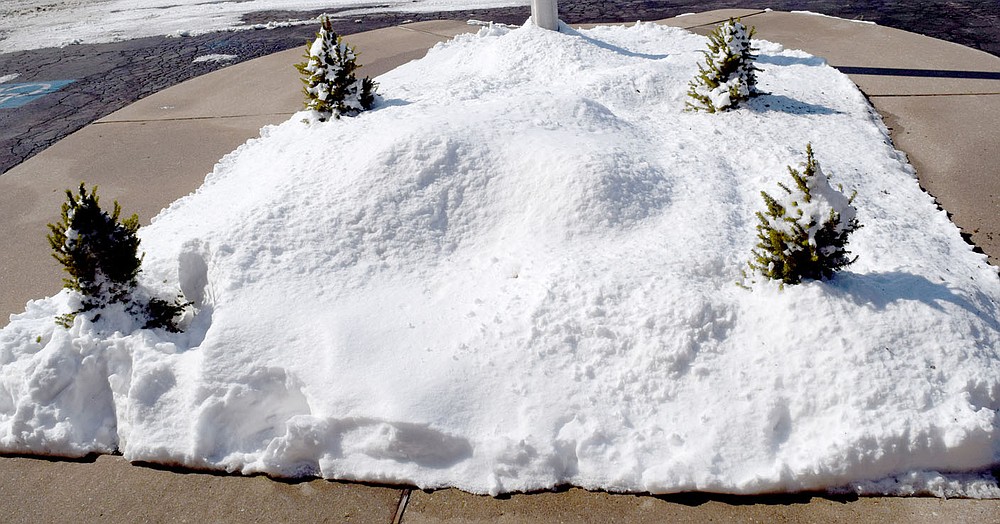 Westside Eagle Observer/MIKE ECKELS Four dwarf pine trees that surround the flag pole at Decatur City Hall are nearly covered by snow after a pair of winter storms dropped nearly eight inches of snow on the Decatur area Feb. 17. The rock that ocupies the center of the display is completely covered with snow which makes it blend in with its surroundings.