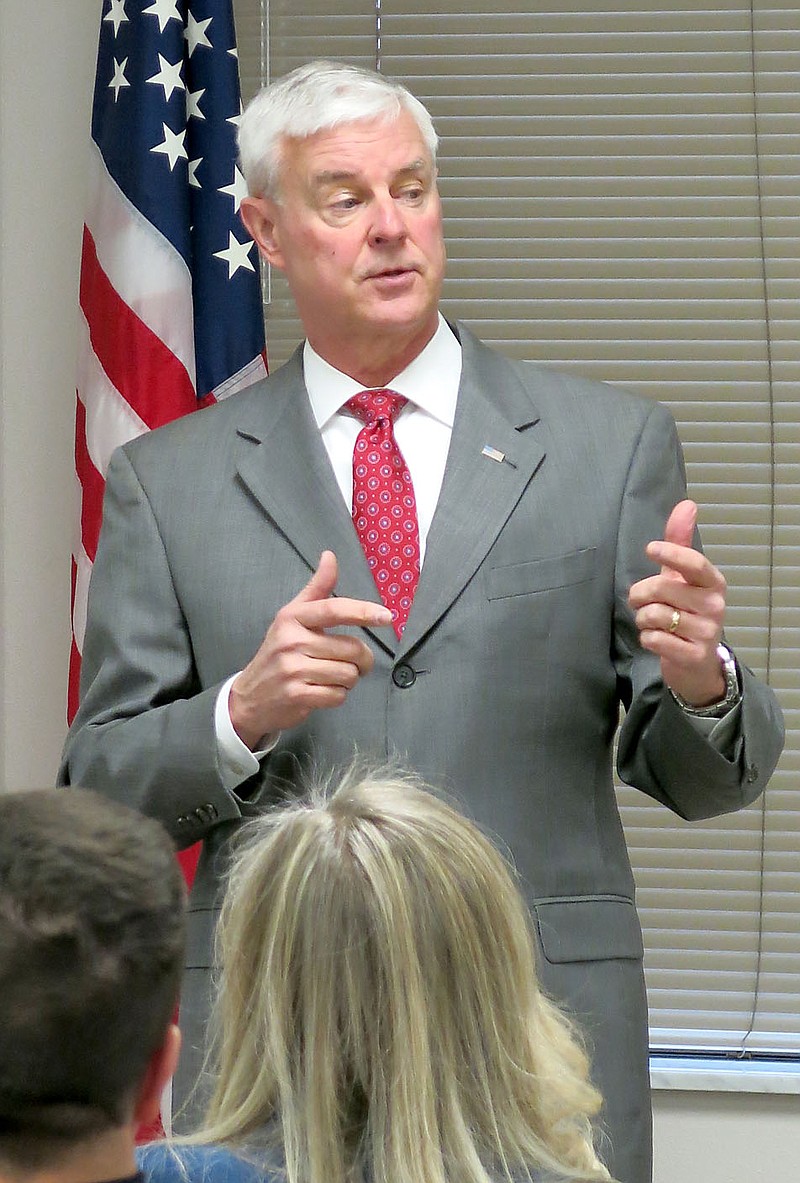 WASHINGTON, D.C. — January 6 — Congressman Steve Womack (AR-3) penned a piece outlining his thoughts on today’s scheduled proceedings regarding the formal count of the Electoral College votes. In accordance with his oath to the Constitution, as well as the processes and authorities outlined by our nation’s founding document, he will not oppose the counting of certified electoral votes.

In times like these, it’s prudent in my judgment to evaluate all important decisions on what they will mean in the long term—setting aside, for the moment, the potential for immediate gratification.

Such is the case with the current issue involving the 2020 election and the role of Congress in selecting the President of the United States. The United States Constitution is clear—Congress has a limited role in this process. Both Article II Section 1 and the Twelfth Amendment limit the role of Congress to counting the votes of the certified electors from each of the states.

There are those who believe that the election in various states was flawed and compromised. The President has maintained the election was stolen. Headlines and accusations have been thrown from all sides. This leaves the American people and every voter to wonder what, exactly, is the truth?

I am reasonably confident that in every election there are flaws. Claims that votes are cast for people who are dead, illegal, or otherwise unauthorized to participate are constantly leveled. Each state has the responsibility to ensure it follows the established laws, conducts the election fairly, and rigorously investigates and accounts for votes not legally cast. Election integrity is not – and should never be – a partisan issue. If there are alleged inaccuracies, our system of checks and balances prescribes the courts to adjudicate matters fairly. As such, dozens of lawsuits have recently been filed and soundly defeated.

So, given these facts – what do Arkansans need to know about the next steps in the electoral process? Since 1887, Congress has sought to place the responsibility for resolving presidential election contests and challenges to the states. If a state rendered a conclusive determination as to the accuracy and completeness of the election by December 8, 2020—six days before electors are certified—the Governor of the state is bound to send to the Archivist of the United States the required certificates.

The date for counting the electoral votes in a presidential election is fixed by law as January 6th. At that time, in a joint session of Congress, and by a roll call of states, the certificates are counted. If a Member of the House and a Senator both object to any state’s electors, the two legislative bodies separate, conduct a two-hour debate on the objection, and vote. A simple majority is required in both chambers to validate the objection. The process resumes until all certificates have been called.

The general grounds for an objection to the counting of an electoral vote or votes centers around whether the votes were “regularly given” or “lawfully certified.” Given the language of the Federal Statute and historical practice, it is unclear if any objection would qualify—much less receive sufficient votes. The respective states’ Governors have certified their electors.

As such, I believe it is necessary to return to the language of the Constitution. It clearly states the Congress’ role is to COUNT the votes.

Any deviation from that process is at a minimum constitutionally suspect, and likely to open the door for the federalization of elections and the demise of the Electoral College—both long term goals of liberal Democrats.

President Trump won the White House in 2016 in the Electoral College—not the popular vote. Only twice in the past thirty-two years have Republicans won the White House by the popular vote. It’s the Electoral College that gives small states like Arkansas a voice in presidential elections. I worry that any effort to overturn the 2020 results—certified by all 50 states and the District of Columbia—will lead us to federalizing elections.

As a conservative Republican who honors the oath taken to the Constitution and a pragmatic lawmaker who recognizes the opportunity in two years to reclaim the majority in the House, I believe our best course of action is to accept the results, dedicate our energy to fighting the socialist agenda of the left, winning back the majority, and delivering for the American people. We must also work to restore the faith and confidence in our nation's free and fair elections.

I fully realize a large number of my constituents want a different outcome. I, too, wanted a different outcome. But the consequences of staging a certain losing battle on this issue jeopardizes our Republic and the foundational system that has served America since its beginning.

Congressman Steve Womack (AR-3) has represented Arkansas’s Third Congressional District since 2011. He is a member of the House Appropriations Committee.