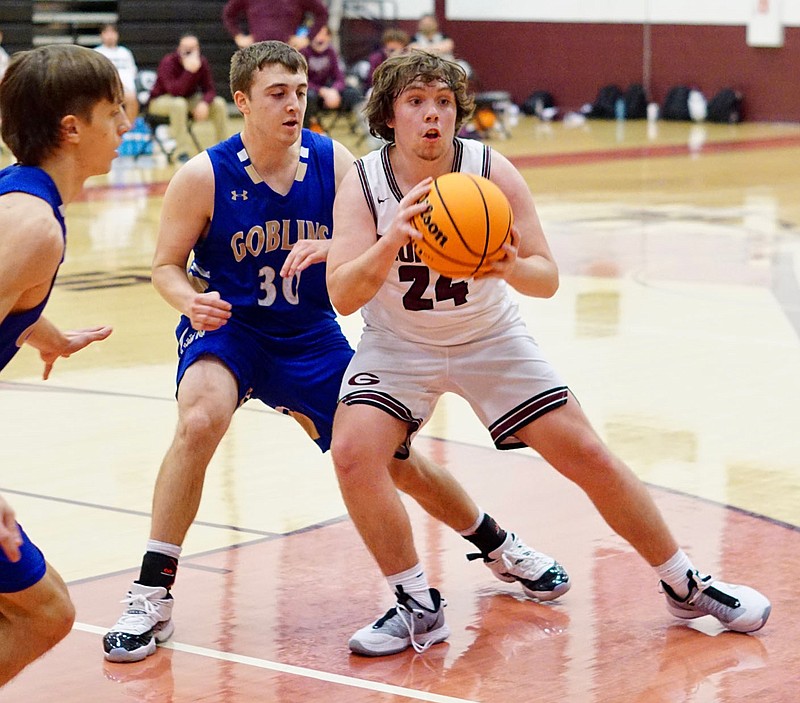 Westside Eagle Observer/RANDY MOLL Gentry's Andrew Godfrey looks to pass off the ball to a teammate during the Gentry-Harrison game on Jan. 5.

GENTRY -- Though the Lady Pioneers played hard in the final quarter and closed the gap by nine points, it wasn't enough on Jan. 5, with the Gentry girls losing to Harrison by 11, and by a final score of 55-44.

The Lady Goblins of Harrison started out strong and overwhelmed the Lady Pioneers on Gentry's homecourt, 15-6 in the opening quarter, 16-10 in the second and 14-9 in the third. In the final quarter, Gentry outscored Harrison, 19-10, but it was too little, too late.

Jaiden Wilmoth led the Pioneers in scoring with 18. She hit a pair of treys in the opening half, along with a pair of free throws, and added four baskets in the fourth quarter, along with two free throws, shooting 100 percent at the free-throw line. Emily Toland had 12 points, most in a battle under the basket but one shot from behind the three-point line as well.

Rounding out the scoring for the Gentry girls were Alyssa McCarty with eight, Liberty Brannon with four and Randi Jo Bolinger with two.

The Pioneers got off to a slow start -- in both halves -- on Jan. 5 when they hosted the Harrison Goblins at Gentry High School.

In the opening quarter, Harrison jumped ahead early and amassed 22 points to Gentry's 12. And though they were evenly matched in the second quarter, each picking up 18 points, the third quarter sealed the win for the Goblins when they outscored the Pioneers again, 29-14.

Though the Pioneers picked up 13 points, to the Goblins' 5 in the final quarter, the game was done and Harrison had the victory in the bag, taking home a decisive 78-57 victory.

Even though the Pioneers lost, Gentry sophomore Brayden Feathers played an impressive game of offense, picking up almost half of Gentry's points with 24. Andrew Godfrey picked up 16. Rounding out the scoring for Gentry were Jonathan Corter with seven, Seiren Reding with six, Isaiah Lemke with three and Quang Tran with one. 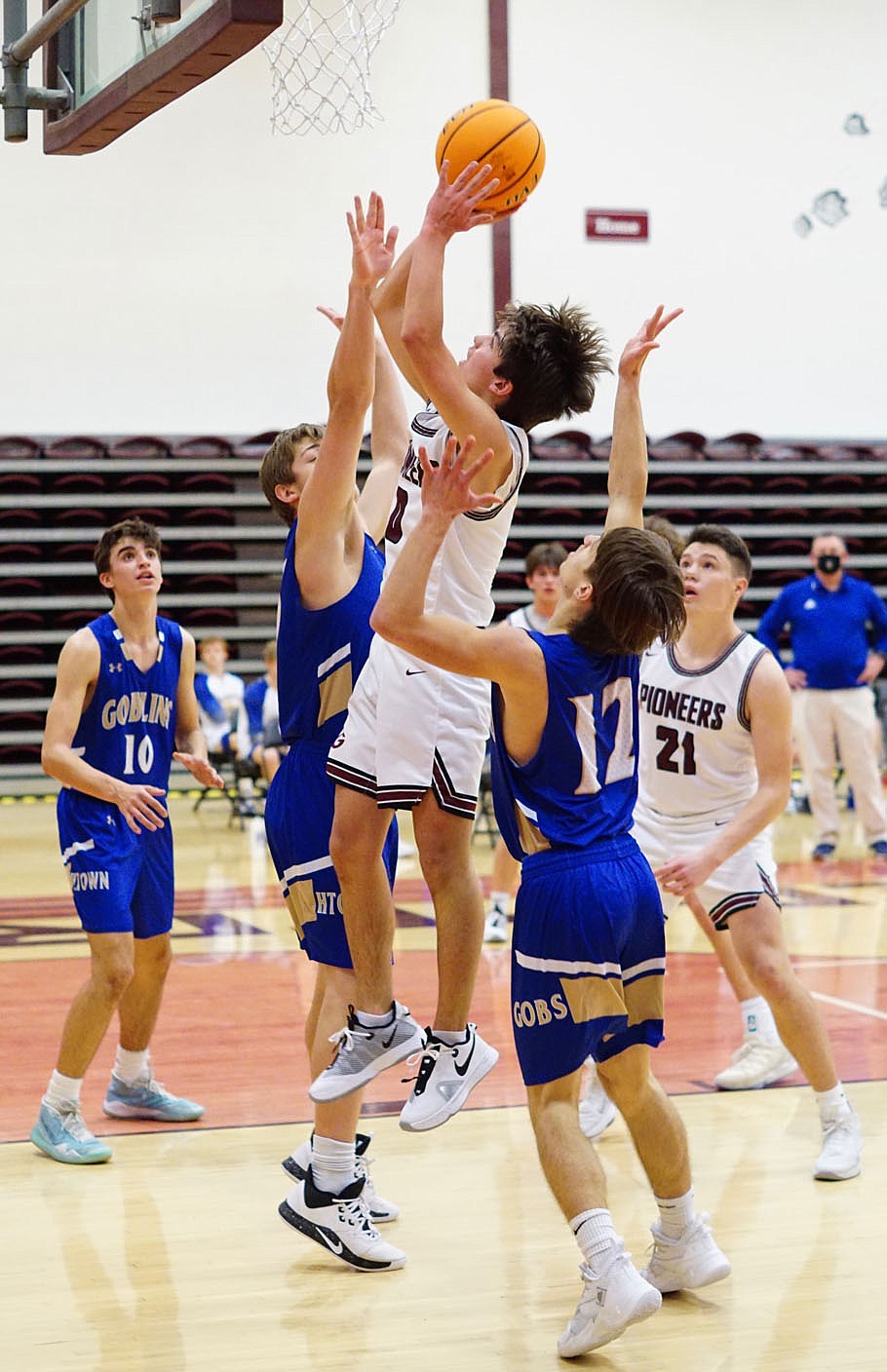 Westside Eagle Observer/RANDY MOLL Gentry sophomore Brayden Feathers shoots from under the basket in Gentry on Jan. 5 during play against the visiting Goblins from Harrison. Feathers led his teammates in scoring with 24 during the game. 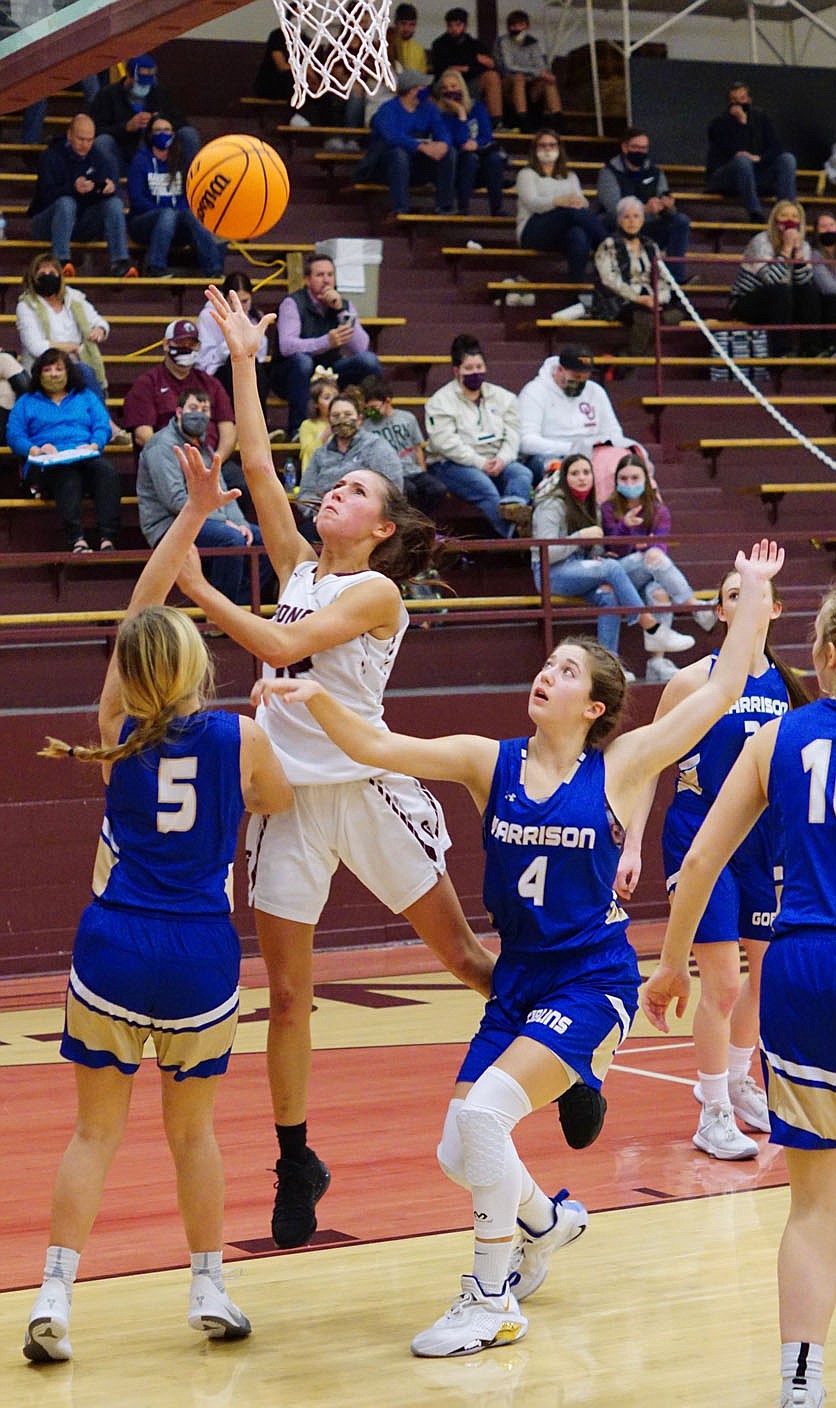 Westside Eagle Observer/RANDY MOLL Gentry's Jaiden Wilmoth shoots from under the basket in Gentry on Jan. 5 during play against the visiting Lady Goblins from Harrison. Wilmoth led her teammates in scoring with 18 points. 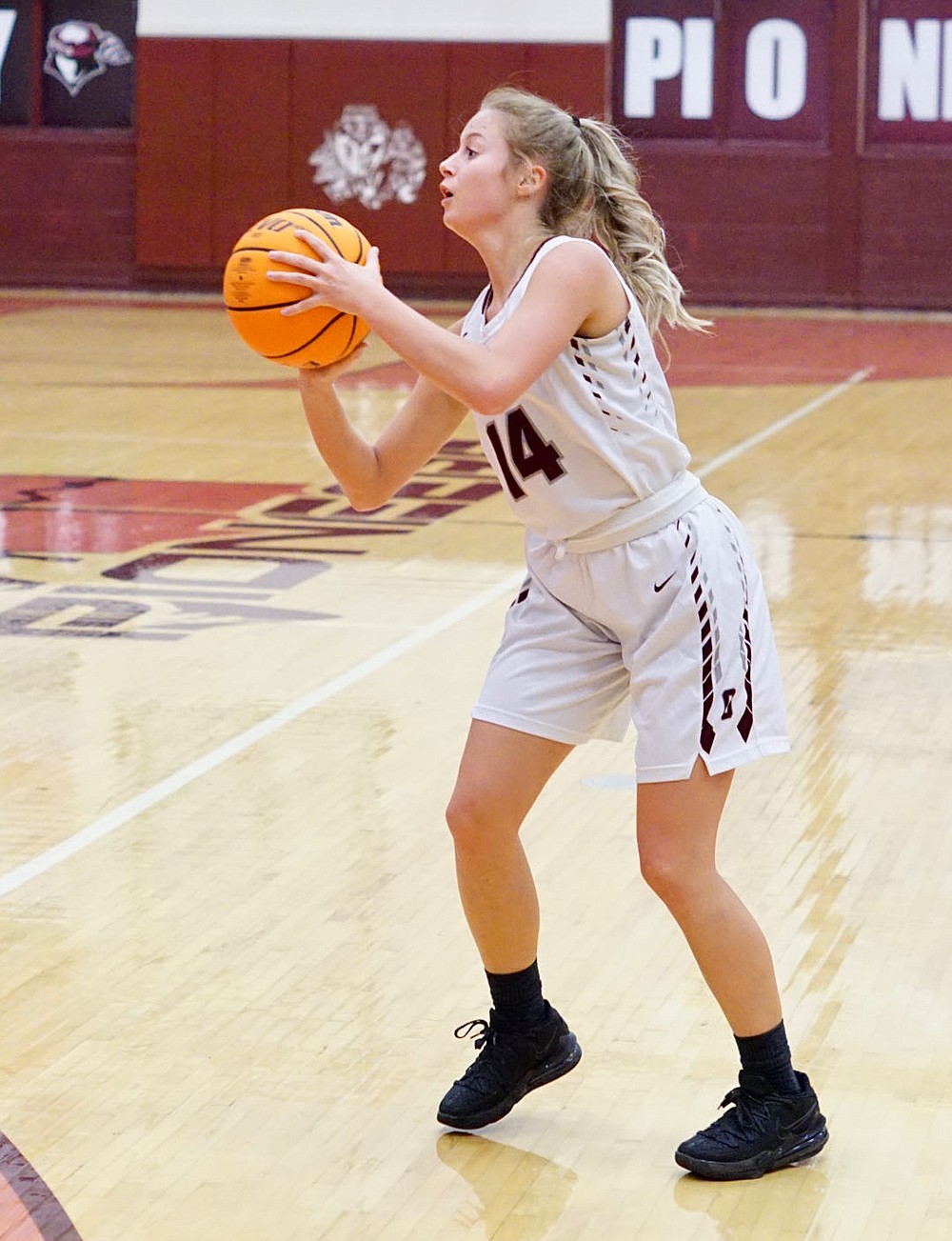 Westside Eagle Observer/RANDY MOLL Gentry's Liberty Brannon shoots from above the key in Gentry on Jan. 5 during play against the visiting Lady Goblins from Harrison.