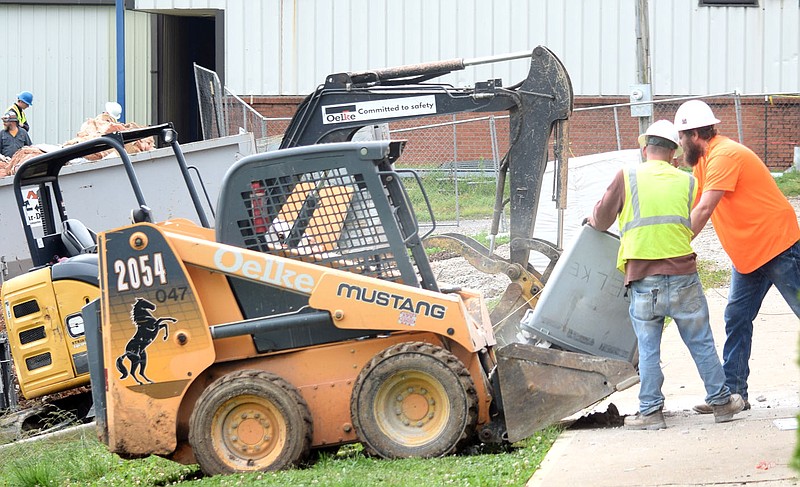 Westside Eagle Observer/MIKE ECKELS Two workers dump a plastic barrow full of concrete blocks and other debris into a skid loader Thursday morning after tearing down a wall in the old high school Home Economics classroom. The workers are part of the Decatur High School renovation crew working on the north end of the main campus building.

DECATUR -- With phase one of the Decatur High School renovation project nearing completion, work began on phase two, which is the complete renovation of the 50-year-old main high school campus.

Work began on phase two in late April on the north end of the building which houses administrative offices, two restrooms, four classrooms and the home economics room.

The home economics room had one final use on May 21 when the Class of 2021 gathered together to don caps and gowns prior to the graduation ceremony in Peterson Gym across the grassy knoll. Once this final task was completed, the room was stripped to its walls and everything moved into the hallway next to the library.

Now work is progressing on schedule, with the rafters going up where the covered walkway to the old cafeteria once stood. Once this is complete, the two buildings (old cafeteria and main campus) will become one and the main east-west hallway completed.

Throughout the summer months, a series of articles will chronicle the progress of this project which is expected to be complete in early 2022. 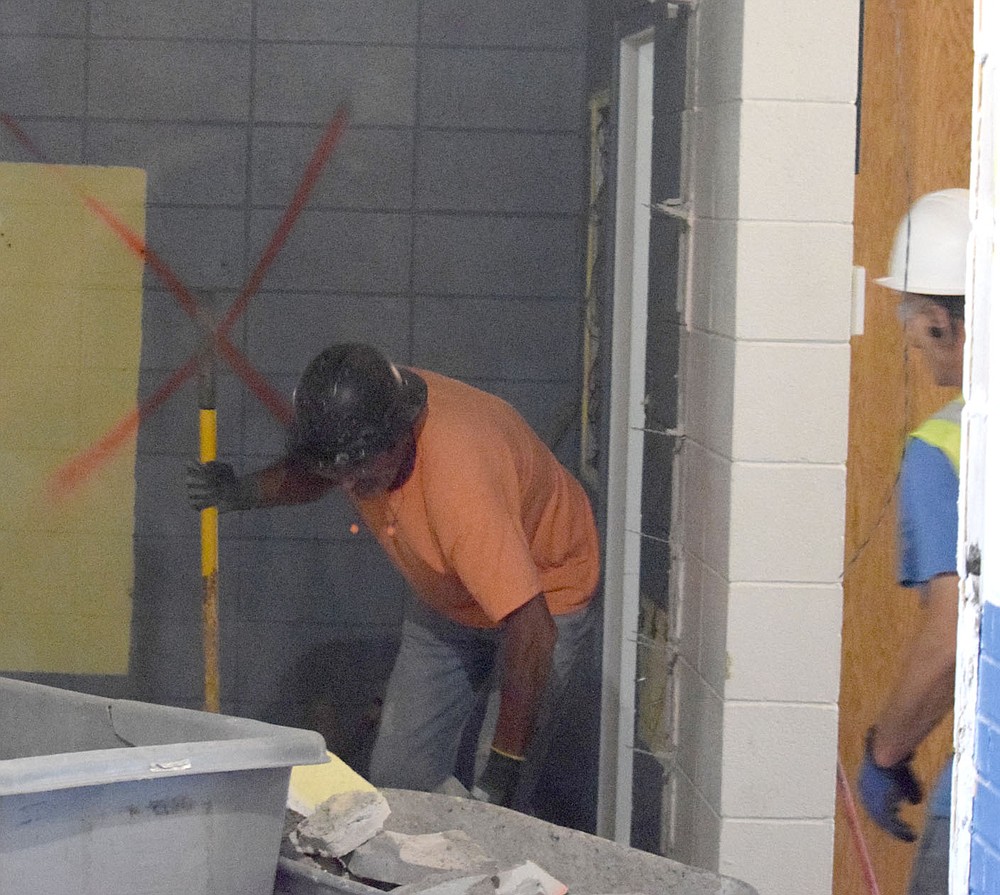 Westside Eagle Observer/MIKE ECKELS A worker loads up a wheelbarrow with concrete blocks which were once part of the Home Economics classroom Thursday morning at Decatur High School. Work on phase two of the high school renovation began in late April and will continue through the summer. 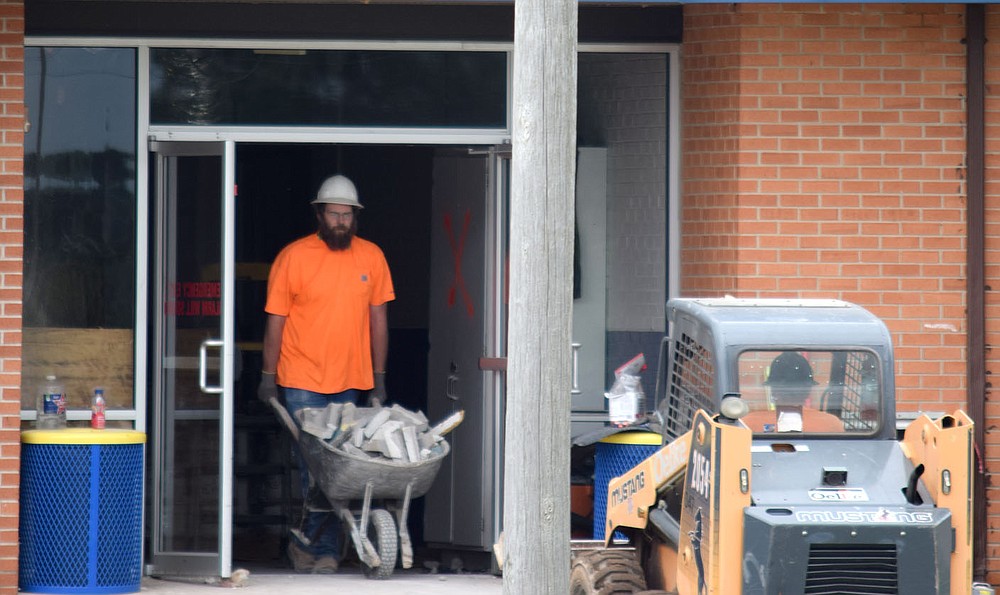 Westside Eagle Observer/MIKE ECKELS A worker pushes a loaded wheelbarrow full of concrete blocks and other material to a waiting Bobcat loader during the ongoing Decatur High School renovation project in Decatur Thursday morning. Work began on phase two of the project in late April and is expected to be complete sometime around late 2021 or early 2022.
ADVERTISEMENT