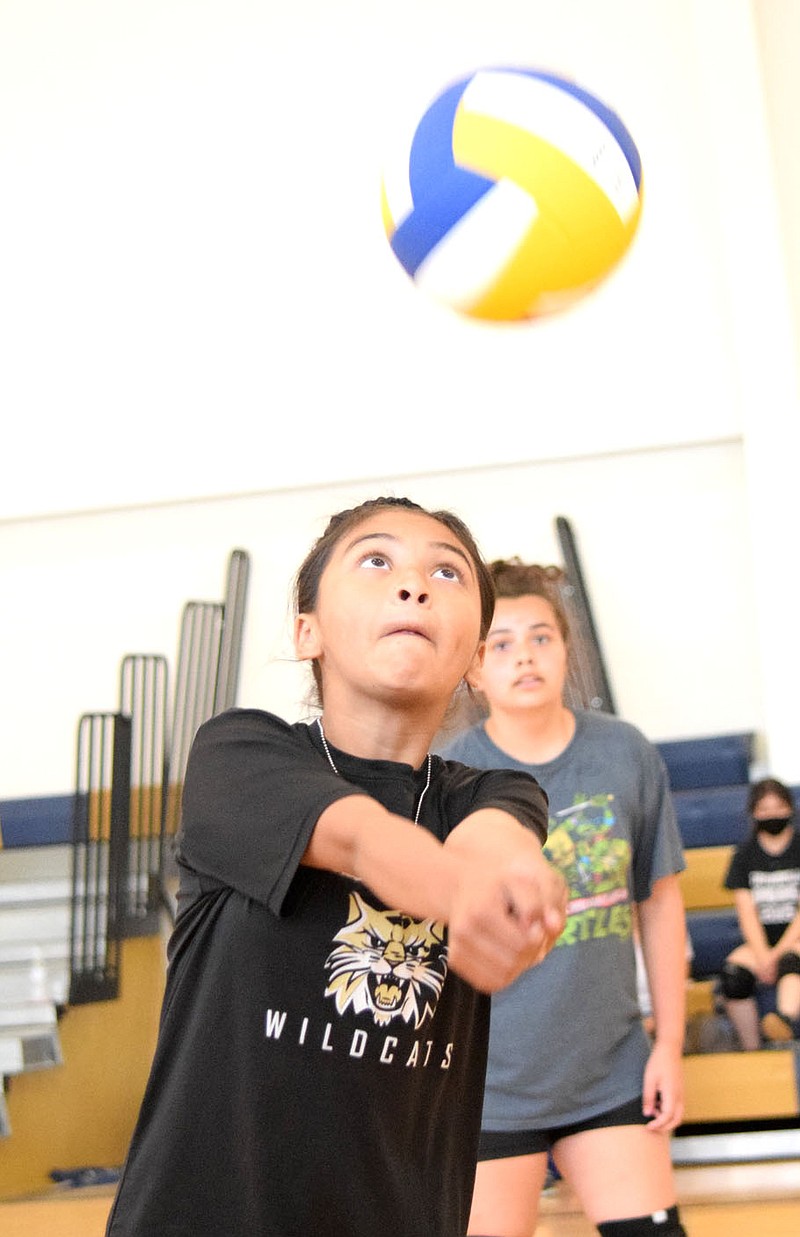 Westside Eagle Observer/MIKE ECKELS Shaylee Morales keeps her eyes on the ball as she hits it back over the net during the junior high volleyball practice session June 9 in the gym at Decatur Middle School. Both the junior and senior high teams began weekly practice session in preparation for the upcoming volleyball season which starts in late August.

DECATUR -- One of the newest sports at Decatur High School continues to grow in popularity, thanks to the dedication of its coaches, athletes and support staff.

Practice began June 7 for the junior and senior high Lady Bulldog volleyball team at Decatur Middle School. The goal of this pre-season practice is to better prepare for the upcoming season which begins in late August (a schedule has yet to be set).

Cali Lankford, head volleyball coach, and her assistant, Tajhe Turner, began the practice session with the junior high team, which meets at noon. Lankford and Turner were both very surprised and pleased with the turnout for the first practice. Twenty junior high girls from grades seven, eight and nine took to the court for warm-ups and basic volleyball techniques and strategies.

It was back to basics for the newcomers, as many of the seventh graders have never played volleyball before. With the help of the more experienced players, the new members of the team learned very quickly and the junior high team began to come together.

Around 10 players returned to begin senior high practice later in the afternoon. Because of low numbers, Lankford moved up some of her more experienced freshmen in order to have enough to make a full roaster.

Practice will continue Monday-Thursday until June 24 and will pick back up July 12-29, with an off day on Tuesday, July 27. 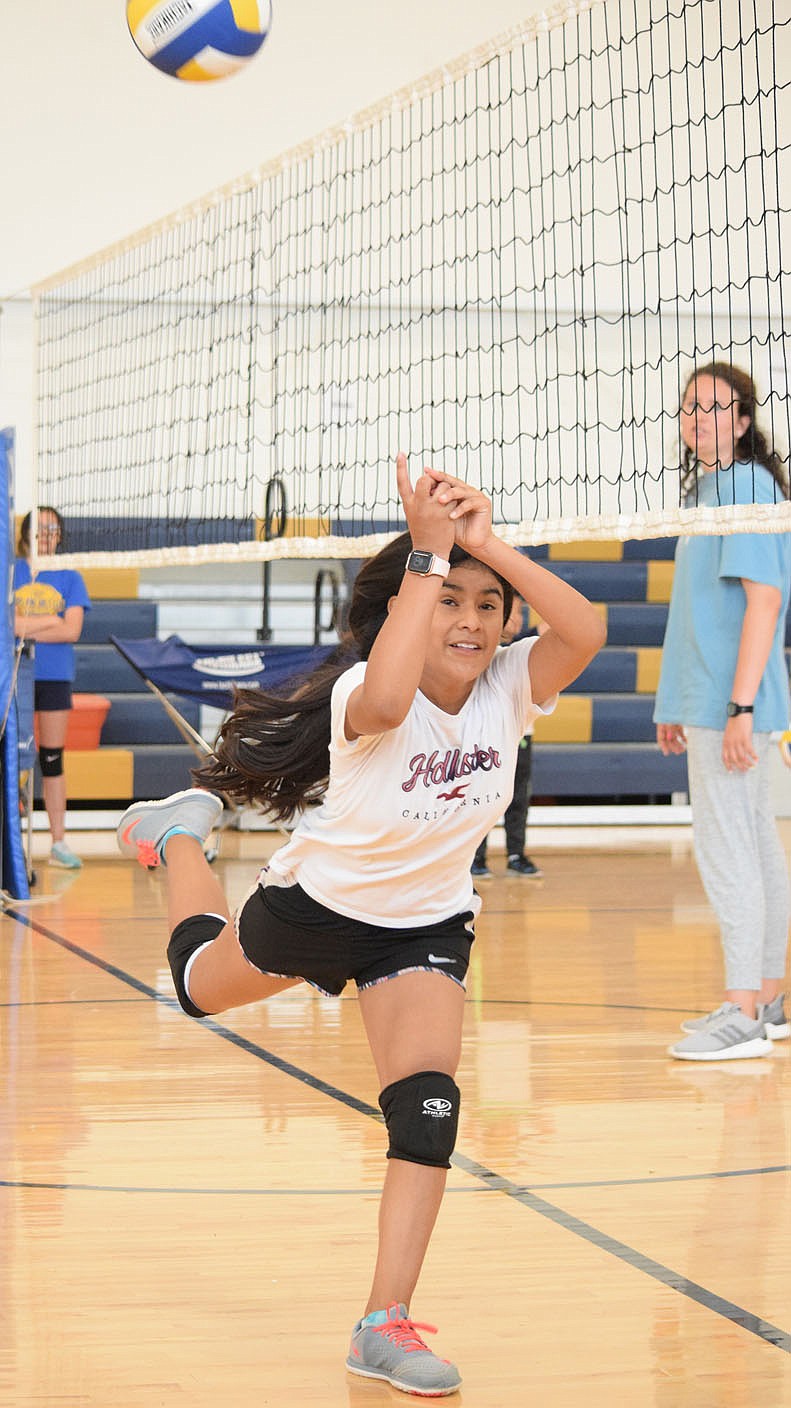 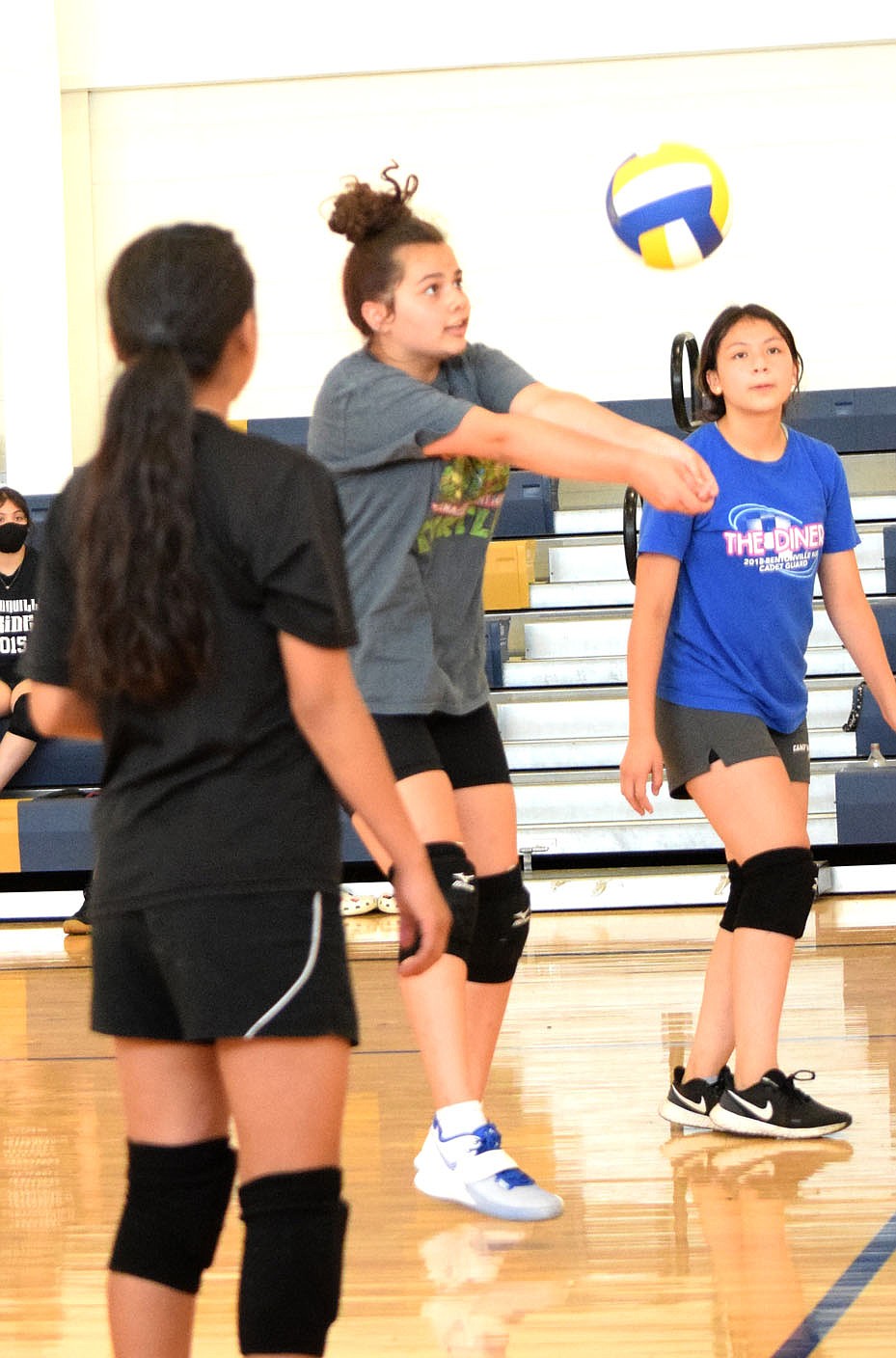 Westside Eagle Observer/MIKE ECKELS Ariana Kumbera (center) uses a forearm hit to move the ball back over the net during the Lady Bulldog junior high volleyball practice session in the gym at Decatur Middle School June 9. Head coach Cali Lankford set up the summer practice sessions to better prepare her players for the upcoming volleyball season. 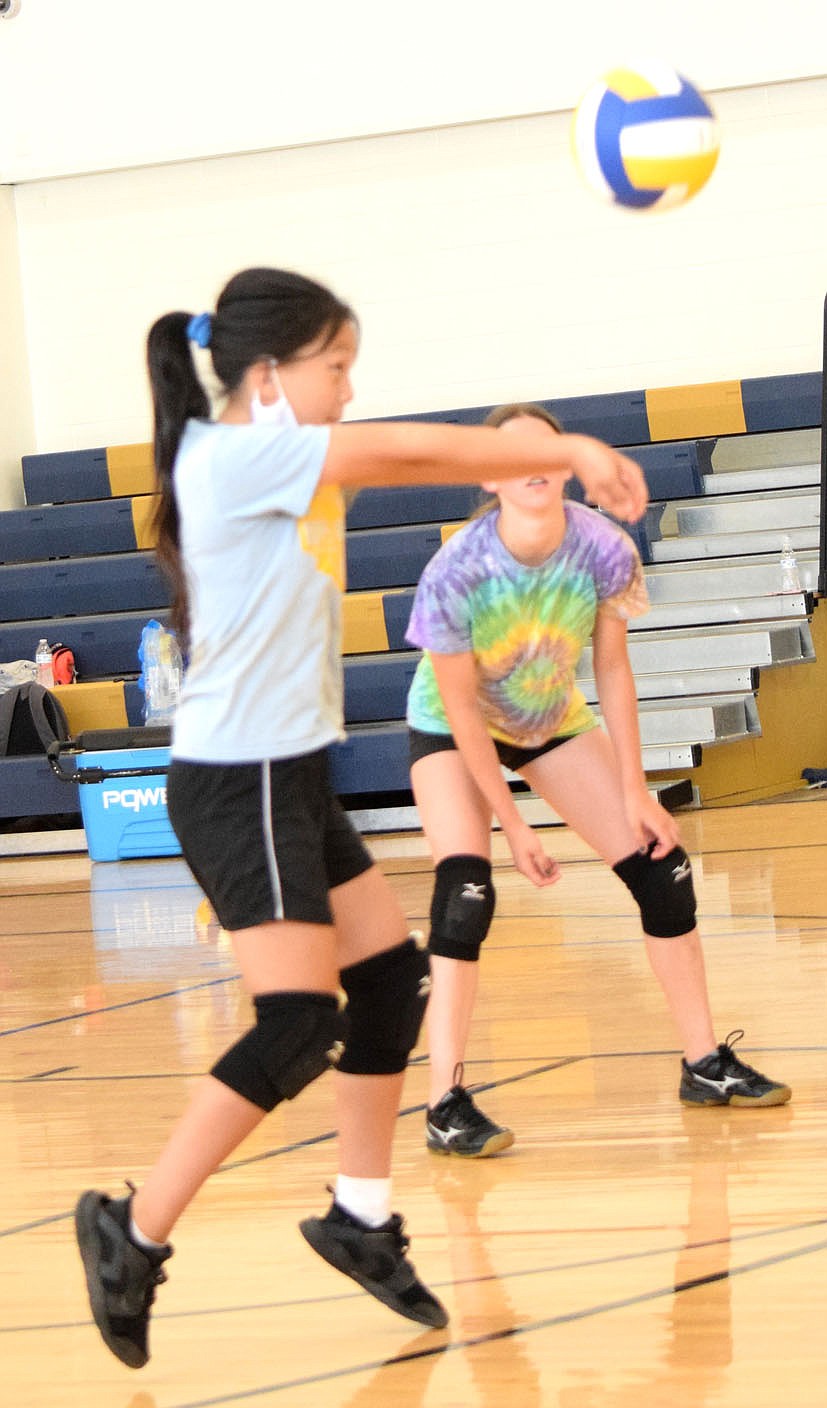 Westside Eagle Observer/MIKE ECKELS Anna Xiong uses a forearm pass to send the ball back over the net during the June 9 Lady Bulldog junior high volleyball practice in the gym at Decatur Middle School.