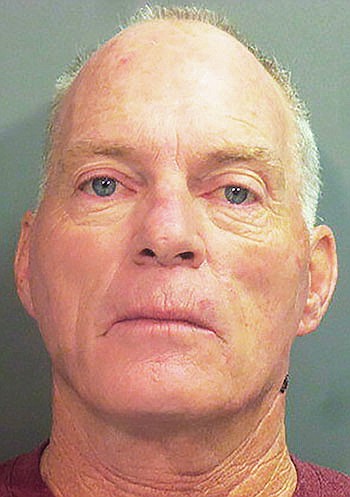 Richard "Bigo" Barnett, 61, is currently allowed to travel 50 miles from his Benton County residence while under house arrest.

Barnett requested a change allowing him to travel Friday to Petit Jean Mountain, which is about 200 miles away, and spend the night in the vicinity. The Mid-America Old Time Auto Association car show and swap meet was being held at Petit Jean through Saturday.

During a teleconference court hearing Tuesday in the District of Columbia, Barnett's attorney, Joseph McBride of New York City, said Barnett's "primary" income is from buying and selling classic cars and car parts. McBride said Barnett needs to travel beyond the 50-mile radius to be able to make a living.

Federal prosecutors opposed the motion, saying among other things that Barnett has several sources of income, based on his travel requests, including "a joint venture acquiring and managing rental properties across the state; and selling home decor."

Barnett is accused of posing for pictures with his feet propped on a desk in the office suite of House Speaker Nancy Pelosi. Barnett also is accused of taking an envelope from the office and leaving a note behind for Pelosi.

According to McBride, the scrawled note read "Nancy, Bigo was here, biatd." The last word was meant to be "biatch," but the c and the h ran together, they said in a court filing in which they argued that "biatch" is slang and a less offensive word than b****.

A grand jury indicted Barnett on seven charges, including 18 U.S.C. 1752(a)(1) and (b)(1) (A), entering and remaining in a restricted building or grounds with a deadly or dangerous weapon, which carries a maximum sentence of 10 years in prison.

The weapon was a ZAP Hike N' Strike 950,000 Volt Stun Gun Walking Stick that Barnett purchased at Bass Pro Shops in Rogers on Dec. 31, according to court filings.

In a motion filed Thursday, Assistant U.S. Attorney Mary L. Dohrmann argued that Barnett should be under more restrictions, not fewer.

She noted that Barnett lives on a large piece of property where he has free rein, "which purportedly enables him to work on classic cars."

"Taking advantage of that permission, the defendant held a birthday party on his property," she wrote. "Local law enforcement has been called by third parties to the defendant's home twice, for unverified reasons," she wrote.

"On a different occasion, a police report was taken in a different county from an individual claiming the defendant harassed him in connection with a business deal, but the matter was deemed a civil dispute."

Barnett should be required to report all funds received from any source, including spousal support, Dohrmann wrote.

Barnett should be restricted to his residence, not elsewhere on the property, except during the business hours of 9 a.m. to 5 p.m., according to the motion.

McBride wrote that Barnett lives on an eight-acre property and is allowed to move about on two acres because he works on cars there.

Barnett got permission from his Pretrial Services officer to celebrate his birthday, according to McBride's filing.

"To be clear, Mr. Barnett did celebrate his birthday at home with approximately 10-12 people who were not at the Capitol on January 6, 2021," McBride wrote. "Nowhere in the conditions of his release is there a prohibition against this. The fact that the government is trying to convert this into some kind of nefarious behavior is demonstrative of the fact that government will stop at nothing to make Mr. Barnett's life a living hell."

The other-county complaint came after Barnett swapped a custom-built Honda motorcycle for a 1940 Chevrolet truck, a 1941 Chevy truck and $1,500, McBride wrote. The swap was made with a man who lives near Fayetteville. It was more than 50 miles from Barnett's residence, so he couldn't travel there to inspect the trucks, according to the filing.

After Barnett received the vehicles, he discovered that several expensive parts, including the engine, had been stripped from the 1941 Chevy, McBride wrote.

"Barnett called the seller several times out of concern of being ripped off," McBride wrote. "The seller then called the police and made a false statement to police, knowing full well that Barnett was on pretrial release and under the supervision of this court. Law enforcement investigated, and determined that Barnett had done nothing wrong."

Regarding Dohrmann's 9-to-5 comment, McBride wrote: "While a government bureaucrat's 'business hours' may be 9-5, the 'business hours' of the average American worker, especially those who live outside the beltway in rural areas like Mr. Barnett does, are from sunrise until the job gets done, which often means late into the night.