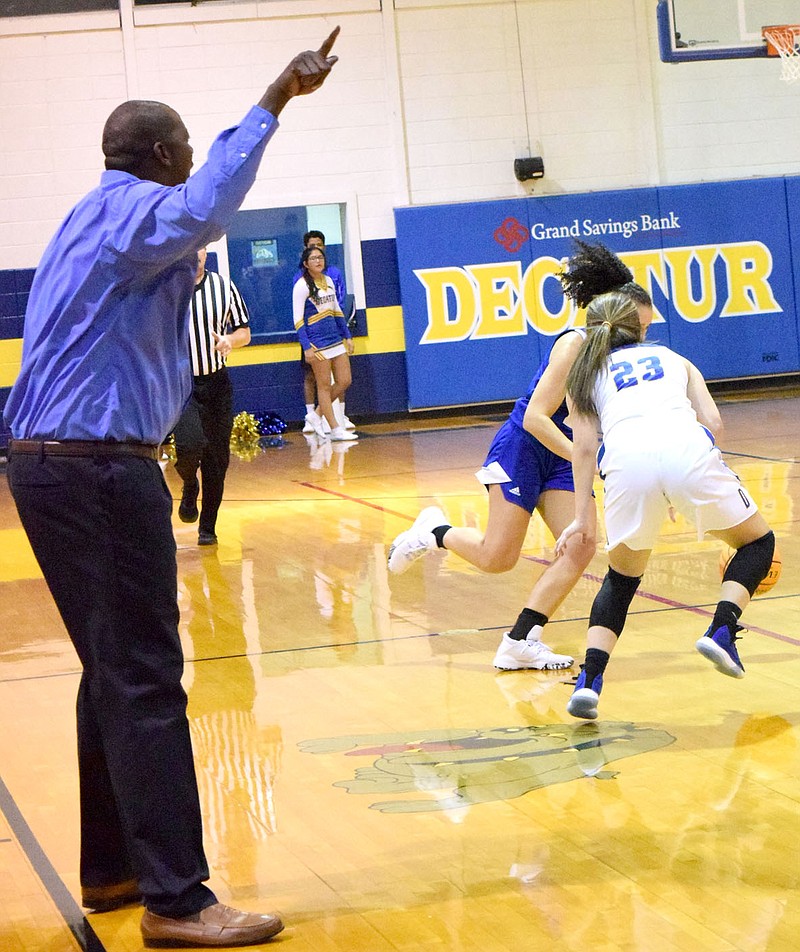 Westside Eagle Observer/MIKE ECKELS Fess Thompson (left) points to the basket as Abby Tilley (23) and a Lady Rocket player fight for possession of a loose ball during the November 14, 2019 Decatur-Future School of Fort Smith game at Peterson Gym in Decatur. Thompson returns to the Lady Bulldog program after coaching at Pine Bluff last season.

DECATUR -- He is back and ready to revive his former basketball program and continue to build the Decatur Lady Bulldog basketball legacy. That former coach is Fess Thompson, who ran the Decatur girls' program from 2018-2020 and the boys' program during the 2019-20 season.

Thompson is one of the most dynamic basketball coaches since John Unger took his boys to the district championship in 2014 and the regular season 2A-1 championship the following year.

In June 2020, Thompson left the Decatur program to coach at his former alma mater, Pine Bluff, where he took over the girls' program as head basketball coach.

Thompson brings a vast wealth of knowledge and experience to the Decatur program, having played both college and international professional basketball. He played for the St. Louis Saints, at Wellington in New Zealand, as well as a team in Mexico. He also played on the Lakeland Blue Ducks in Lakeland, Fla., a United States Basketball League team. Thompson even played a short time for the world-famous Harlem Globetrotters.

"Playing on these teams gave me a chance to travel the world and see places that others only dream of seeing," Thompson said. "I was blessed to have had these experiences."

During 2018-2019, his first season with the Lady Bulldogs, Thompson led Decatur girls to an 11-14 overall and 6-4 conference season, which took the Lady Bulldogs to their first state playoff appearance since 1998. But his success did not end here.

When Thompson was promoted to head basketball coach for not only his Lady Bulldogs but also the Bulldog boys' team during the 2019-20 season, the Lady Bulldogs, having lost several key players to graduation, struggled with a record of 4-19 overall and 2-8 in conference play, while the boys had a 6-19 overall and 1-9 in the conference.

Thompson plans on reviving the Lady Bulldogs with a new set of players, mostly juniors and sophomores and a few of his best freshman players. Fess Thompson will also have a top-notched assistant coach in the form of head boys' coach Dayton Shaw. Thompson will also serve in Shaw's program as his assistant.

The Decatur Bulldogs and Lady Bulldogs open their season in early October. The schedule is still in the works. 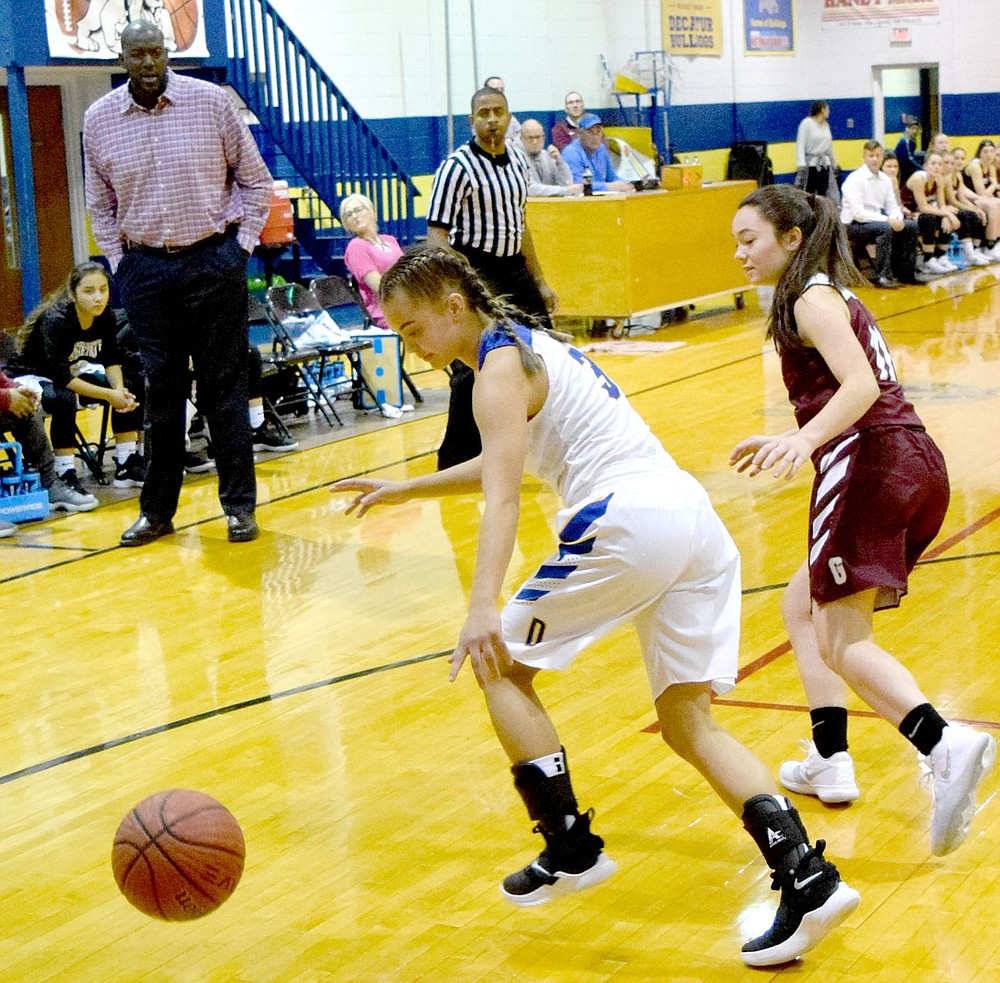 Westside Eagle Observer/MIKE ECKELS Fess Thompson (top left) watches as Destiny Mejia (3) dribbles the ball away from a Lady Pioneer player during the November 16, 2018 Decatur-Gentry basketball contest in Decatur. The 2018-19 season was Thompson's first coaching assignment for the Lady Bulldogs program. He returns to Decatur to lead the Lady Bulldogs during the 2021-22 season.