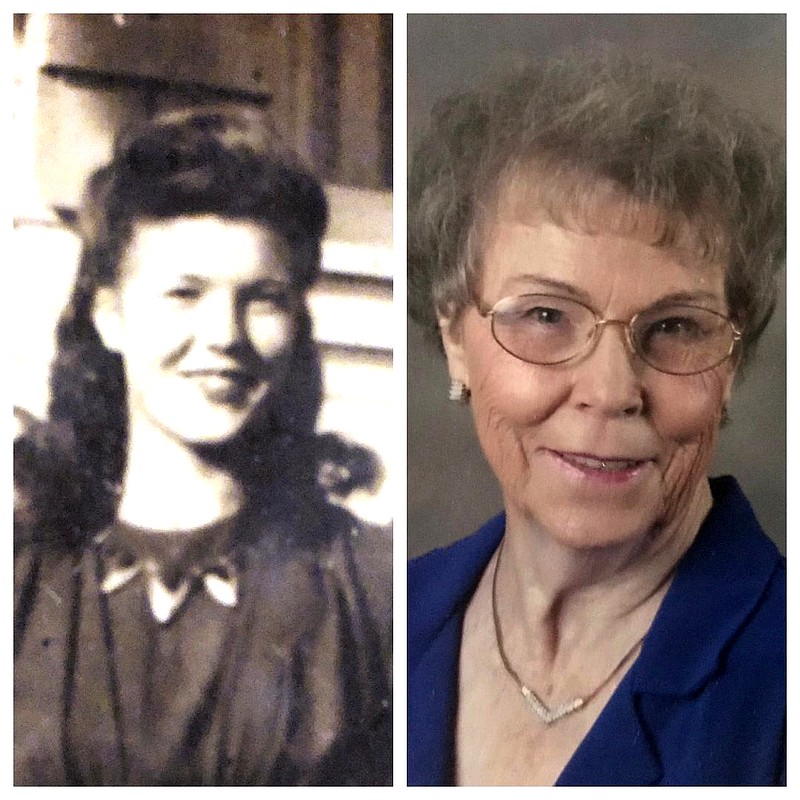 Margie "Drusilla" Parks Riley, 93, of Allen, Texas, passed away March 26, 2021. She was born October 4, 1927, in Seminole, Oklahoma, to John Adair Parks and Johnnie "Zander" Cowen Parks. Drusilla was a twin and one of the youngest of twelve children.

At the age of ten, Drusilla became responsible for all the domestic household chores for her father and siblings. She and her first husband owned and operated Riley's Corner Service Station in Springtown, Arkansas, for 34 years. Upon his death, she moved to Gentry and worked at Decatur Discount in the apparel industry. She retired in 1992 after marrying Harvey and remained in Gentry until moving to Allen in 2008 with her daughter and son-in-law to live closer to extended family.

Drusilla was a member of the First United Methodist Church of Allen. Prior to moving to Texas, she was a long-time and very active member of the United Methodist Church in Springtown, where she sang in the choir and taught Sunday School. After moving from Springtown, she became a member of the First Baptist Church of Gentry. Her family remembers her as their greatest example of a faithful Christian woman. She loved her Lord and Savior, Jesus Christ, with all her heart. Drusilla was not only a great role model, but a true prayer warrior, and she read her Bible daily without fail. Her favorite Bible verses were Proverbs 3:5-6, "Trust in the Lord with all your heart and lean not on your own understanding; in all your ways acknowledge him, and he will make your paths straight." Drusilla sang alto and performed on many occasions including church services, weddings and funerals with both her daughter and with the quartet at the Springtown church. Without doubt, her family felt the love and pride she always had for all of them. She will always be known for the "best fried chicken on the planet," along with her homemade rolls, pumpkin pies, and strawberry cakes made from scratch, even though she was highly allergic to strawberries. Some of Drusilla's favorite things were her Blue Willow dishes, old western movies, Roy Rogers, and the Sons of the Pioneers.

Visitation with the family will be held at the church prior to services at 1:00 pm. Burial will follow the service at Decatur Cemetery. To sign the online guestbook, visit www.wassonfuneralhome.com.