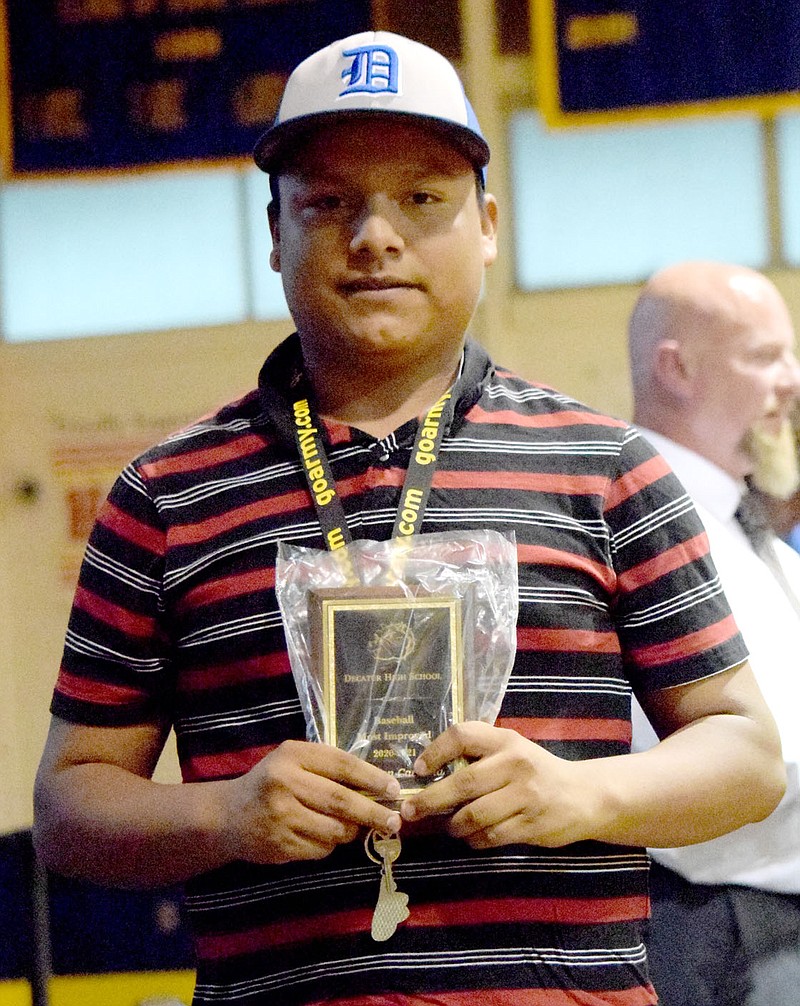 Westside Eagle Observer/MIKE ECKELS Yeferson Cardona displays his baseball Most Improved Player award he received during the 2021 Bulldog Sports Award program at Peterson Gym in Decatur May 18. Cardona was a member of the 2021 Decatur Bulldog baseball and the 2020-21 basketball teams.

DECATUR -- Athletes, coaches, volunteers and family members descended on Peterson Gym in Decatur May 18 for the 2020-21 Bulldog Athletic Awards Program. This yearly event honored the best athletes from all sports.

The program kicked off with the presentation of the colors by Future Farmers of America honor guard members Jacey Smith, Landon Watson, Tyler Burchette and Rhandell Fipps. After the pledge of allegiance, Jacque Smith, Decatur athletic director, welcomed the assembly to the event. She also presented several volunteers with certificates of appreciation for all the time and energy they bring to the athletic program.

Up next were the winter sports awards presented by Coach Dayton Shaw -- boys' basketball and Jeremy Schopper -- girls' basketball.

Rounding out the night were the spring sports awards presented by Coach J.C. Dorsey and Shaw -- baseball, Lankford and Turner -- softball, Holland -- track and field, and Daniel Meyers and Hutson -- soccer.

In all, 100 athletes from the Bulldog junior high and high school teams received certificates, Most Valuable Player, Most Improved, Offensive and Defensive Player of the Year and Bulldog Spirit awards. 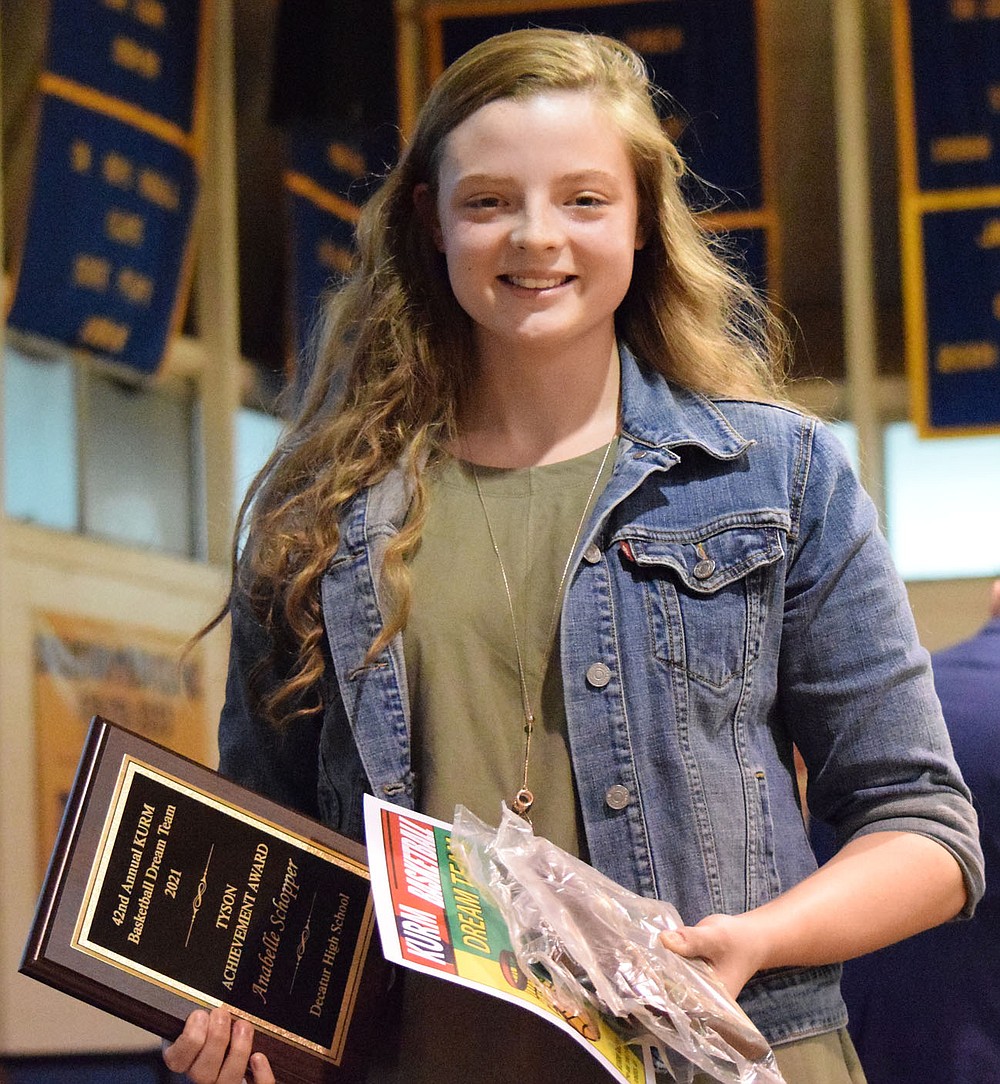 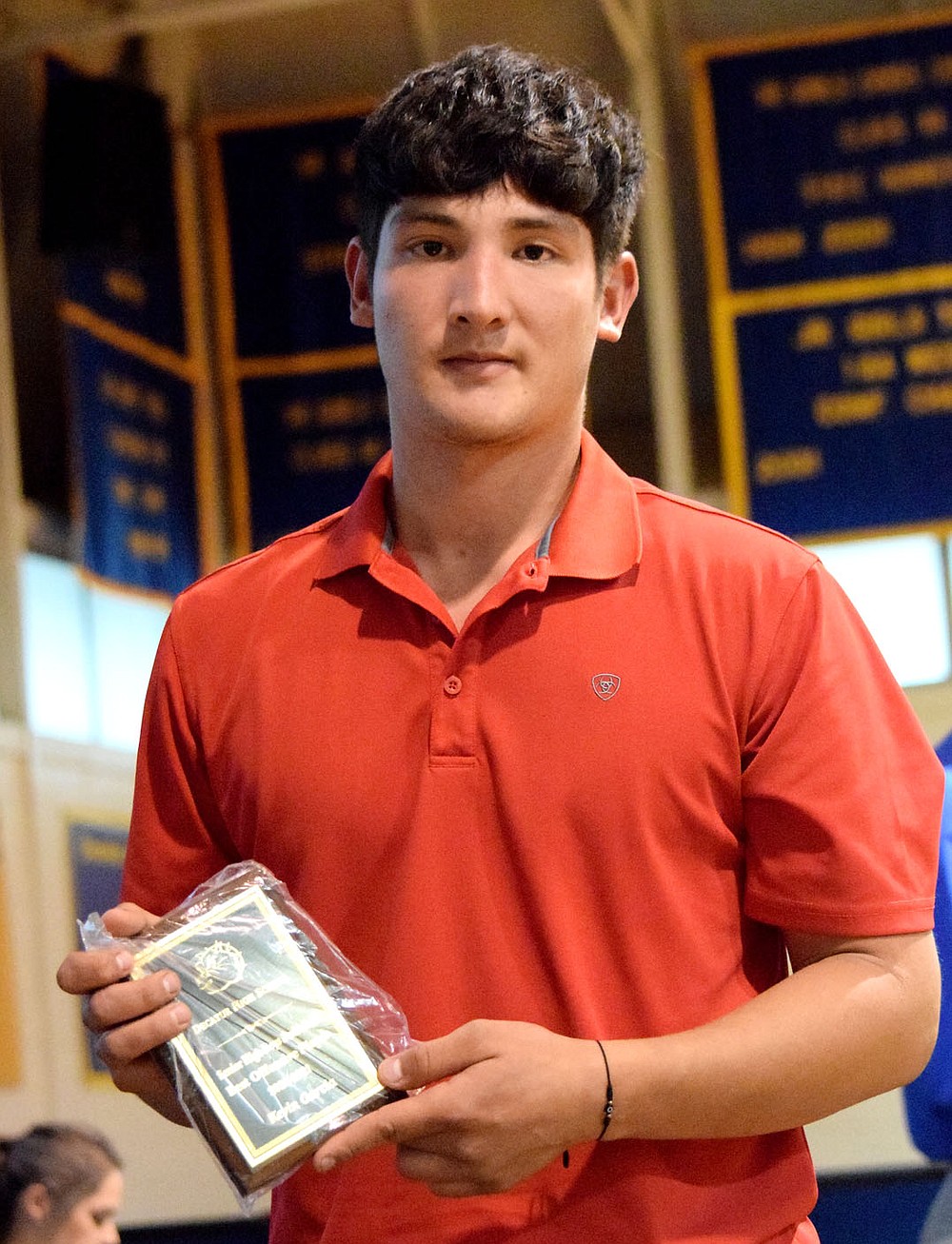 Westside Eagle Observer/MIKE ECKELS Kevin Garcia was named Best Offensive Player of the Year in basketball during the 2021 Decatur Bulldogs Sports Award program at Peterson Gym in Decatur May 18. Garcia, a senior, was the leading scorer for the Bulldogs varsity boys basketball team during the 2020-21 season.
ADVERTISEMENT