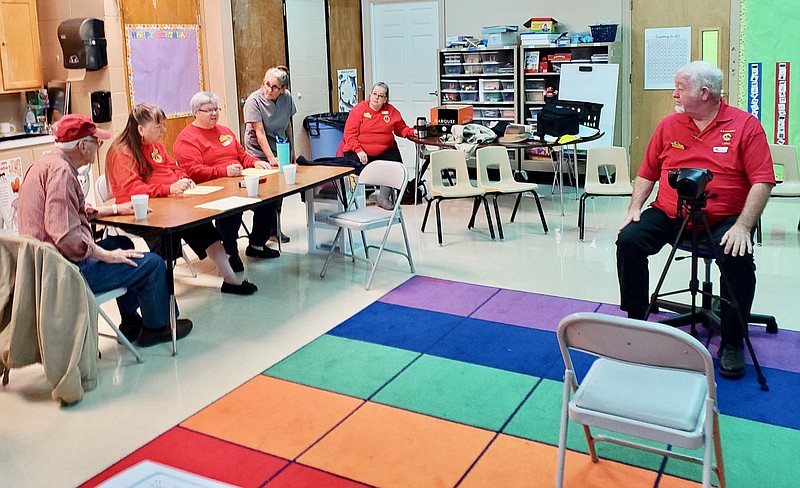 Sight conservation has always been a prime focus of Lions Clubs and local members volunteer their time to give these tests each year. They administer the exams using state-of-the-art eye testing equipment costing thousands of dollars. Each child looks into the machine, in a partially darkened room, and it provides information indicating whether a child's eyesight is satisfactory or whether he needs to be referred for further testing. Parents are provided with reports regarding their children's results.

Lions assist with paying for eye exams and purchasing glasses for those who need them but are unable to pay for them. In a different program, the club collects eyeglasses for recycling. Approximately 700 pairs of glasses were collected and processed after the club's May 18 meeting. They were sent to a Lions recycling center in Texas where they are cleaned and prescriptions read in preparation for distribution to needy people worldwide.