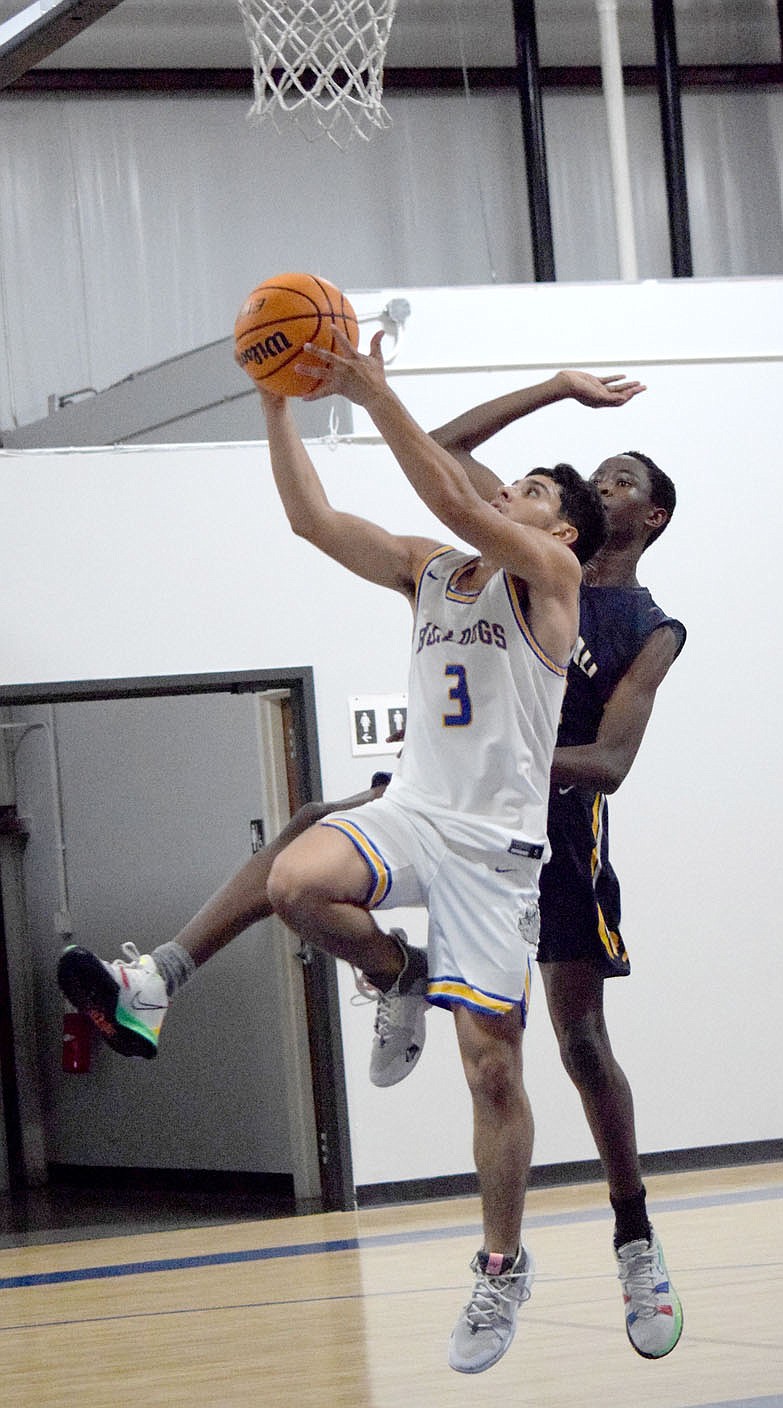 Westside Eagle Observer/MIKE ECKELS Bulldog Andres Revolorio (3) edges out a Husky defender to put up a jumper during the second quarter of the Decatur-Haas Hall-Bentonville basketball contest in Bentonville Nov. 10. The Bulldogs, in its second contest of the season, defeated the Huskies 27-23 for its first win of the season
ADVERTISEMENT