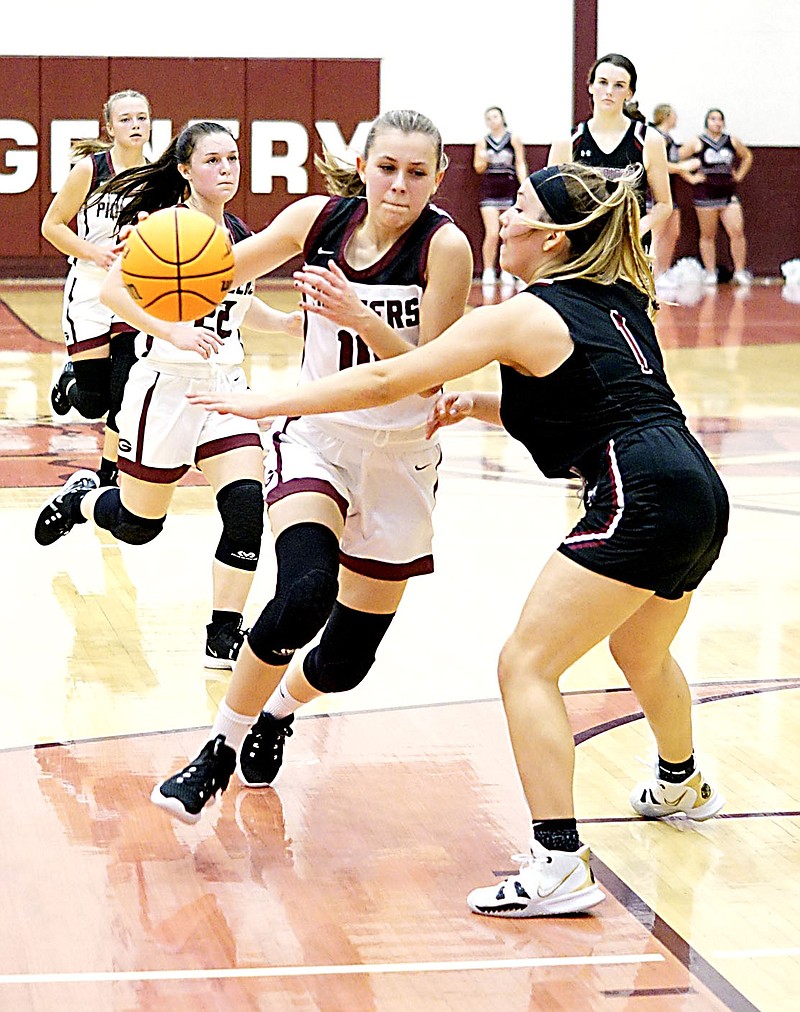 Westside Eagle Observer/RANDY MOLL Gentry's Shelby Still dribbles around a Life Way defender, on her way to the basket, during the Nov. 16 game in Gentry between the two teams.