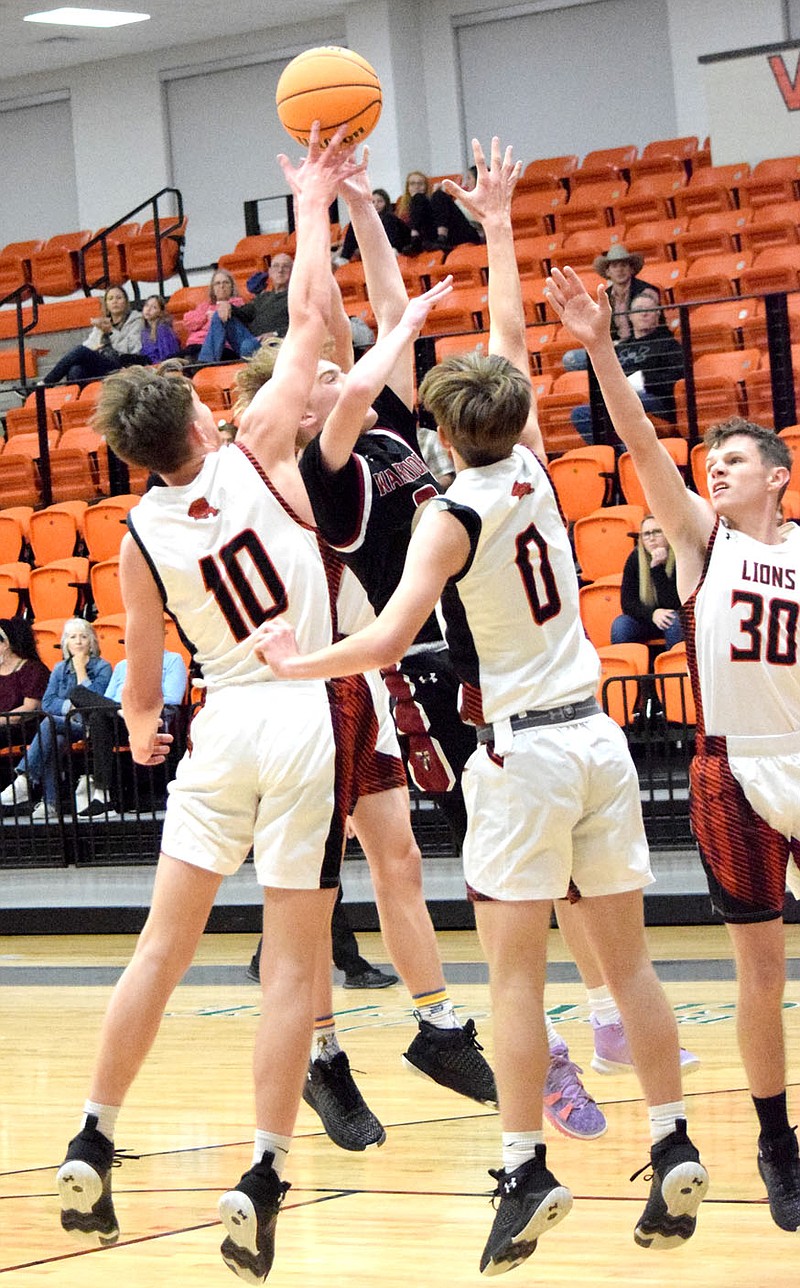 Westside Eagle Observer/MIKE ECKELS A pride of Lions consisting of Gabe Edgmon (10), Dakota Sizemore (0) and Braxton Muldoon (30) cuts off a Warrior shooter's access to the basket midway through the Gravette-Life Way varsity contest in Gravette Nov. 23.

GRAVETTE --Three-point field goals were flying through the air at the Lions' Den in Gravette on Nov. 23 when the Lions overwhelmed the Life Way Christian Warriors with four straight in the first two minutes of the game. The end result was a 29-point victory for the Gravette Lions.

During the 1986-87 high school basketball season across the country, the new three-point field goal, which was in play in the National Basketball Association, was put into play after a five-year trial period. One year later, during the 1987-88 season, the National Federation of High School Athletics put the shot into the game's rulebook and the field goal became an integral part of the basketball contest.

The three-point shot spree began after the Lions took possession of the ball on the tipoff. An inside shot by Gravette missed and Sandeep Dhillon picked up the rebound and took it outside the three-point line and fired the first of seven three-pointers in the first quarter. Less than a minute later, Brody Hunt picked up the second three for the Lions for a 6-0 lead over the Warriors. This scenario was repeated on Gravette's next possession when Michael Duke connected for the third three in a row. One free throw later, the Lions held on to a 10-0 lead.

At the five-minute mark, Warrior Luke Melton was fouled by Gravette, sending him to the line for a pair of free throws. Melton missed the first but hit the second to put the Warriors on the scoreboard. By the end of the first quarter, the Lions took a commanding lead, 26-4, over Life Way.

With the Gravette lead up to 50 points by the midway point of the third quarter, Jeff Melton, assistant basketball coach, filling in for Matt Busch, decided to let some of the players who normally get less playing time on the varsity team play the remainder of the contest. This gave Life Way the chance to play catch up. But it was too little and the Gravette Lions took the win, 67-38, over the Life Way Warriors.

The Gravette Lions traveled to Oklahoma City to play in the Thunders Invitational basketball tournament on Nov. 24 against the Rogers Heritage War Eagles. The War Eagles took the contest, 78-57, over the Lions. 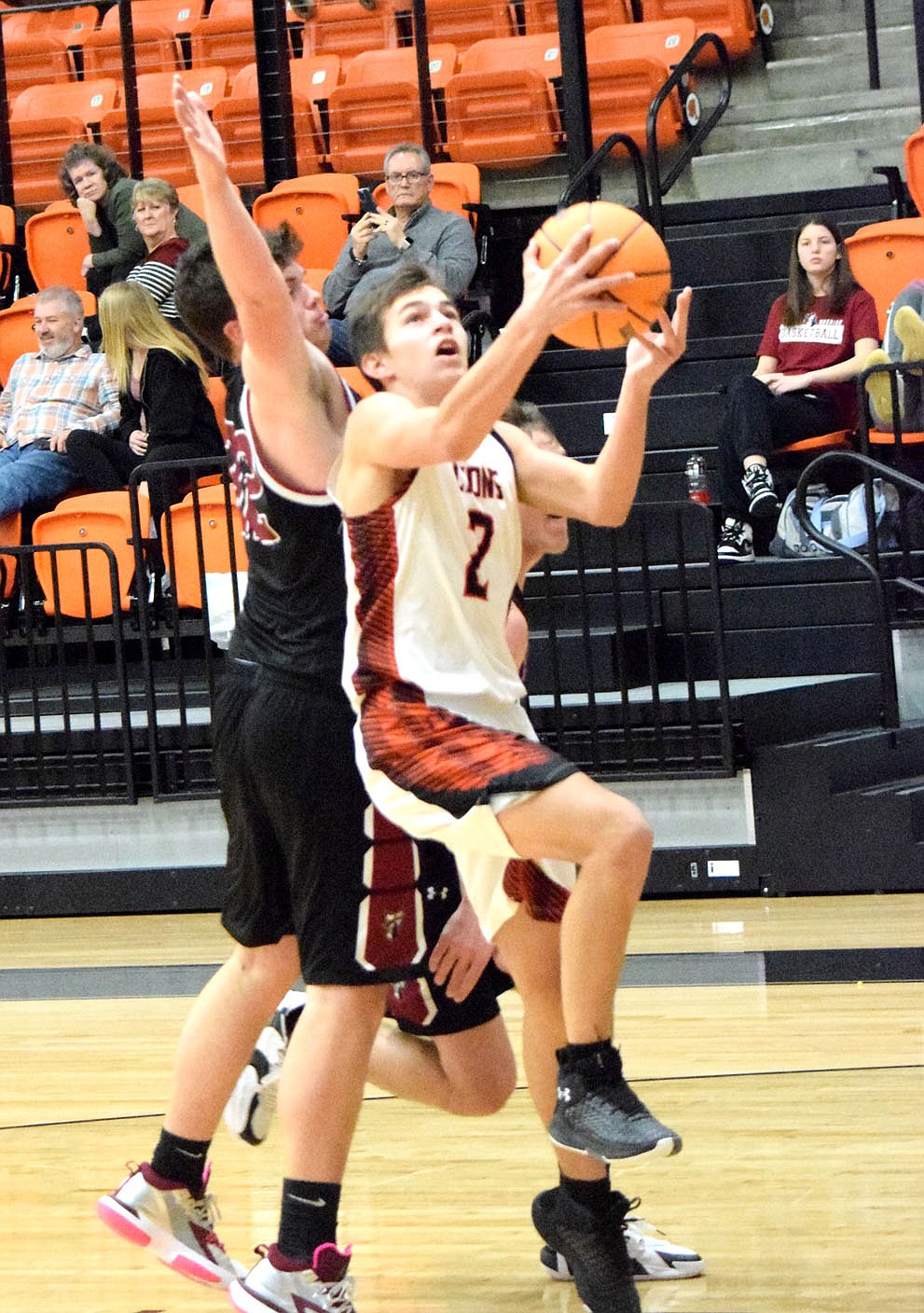 Westside Eagle Observer/MIKE ECKELS Getting a jump on a Warrior defender, Zane Schulz (Lion 2) takes off from the center of the lane on his way to the basket during the final few minutes of the Gravette-Life Way varsity boys game in Gravette Nov. 23. Schulz&#x27; shot went up and in for two of the Lions&#x27; 67 points on the night. 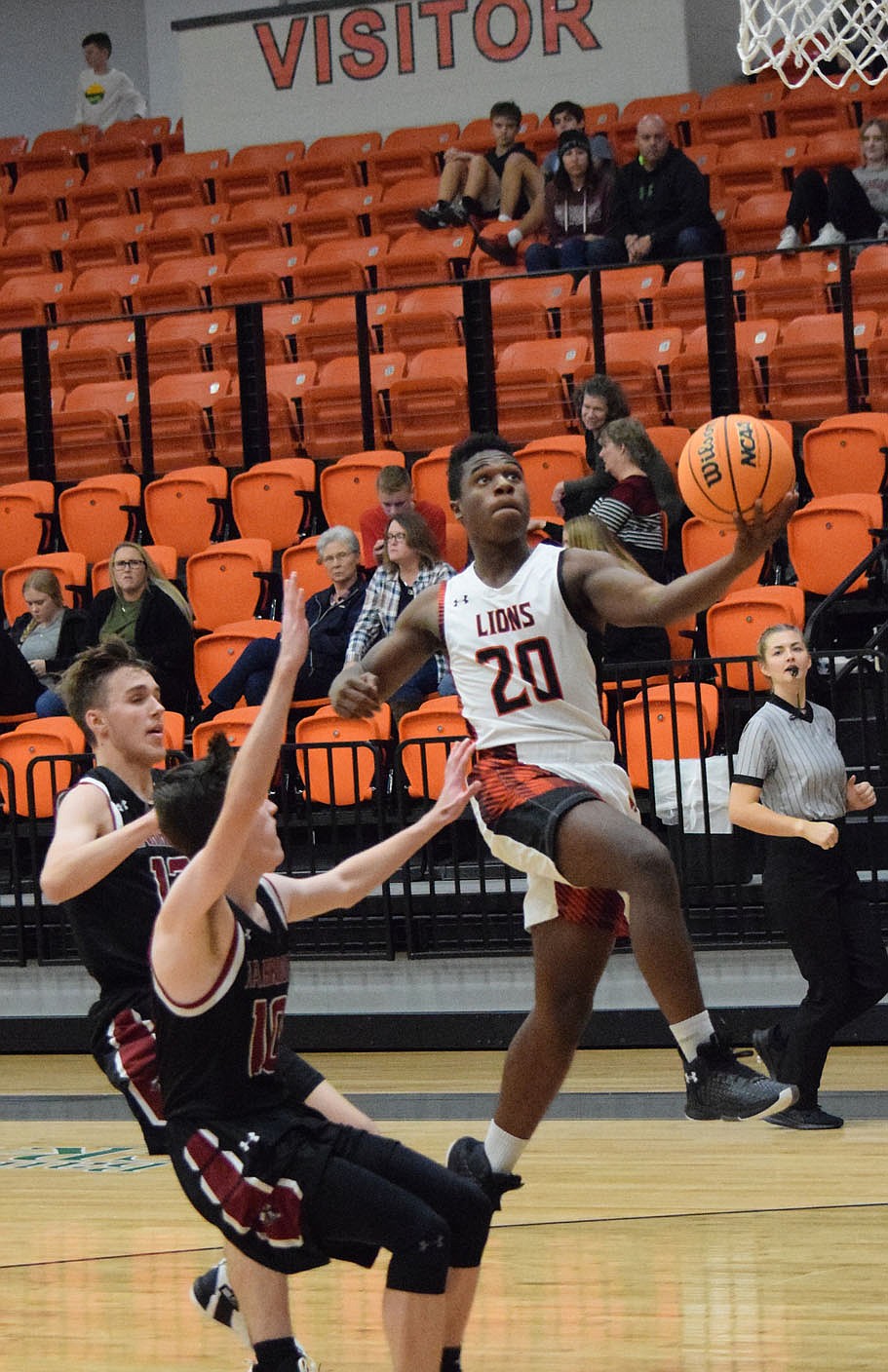 Westside Eagle Observer/MIKE ECKELS Lion Devin Ferguson (20) concentrates intently on the basket as he goes for a layup during the final two minutes of the Gravette-Life Way basketball contest at the Lions&#x27; Den in Gravette Nov. 23. Ferguson landed the shot for two of his five points which contributed to the Lions&#x27; 67-38 win over the Warriors. 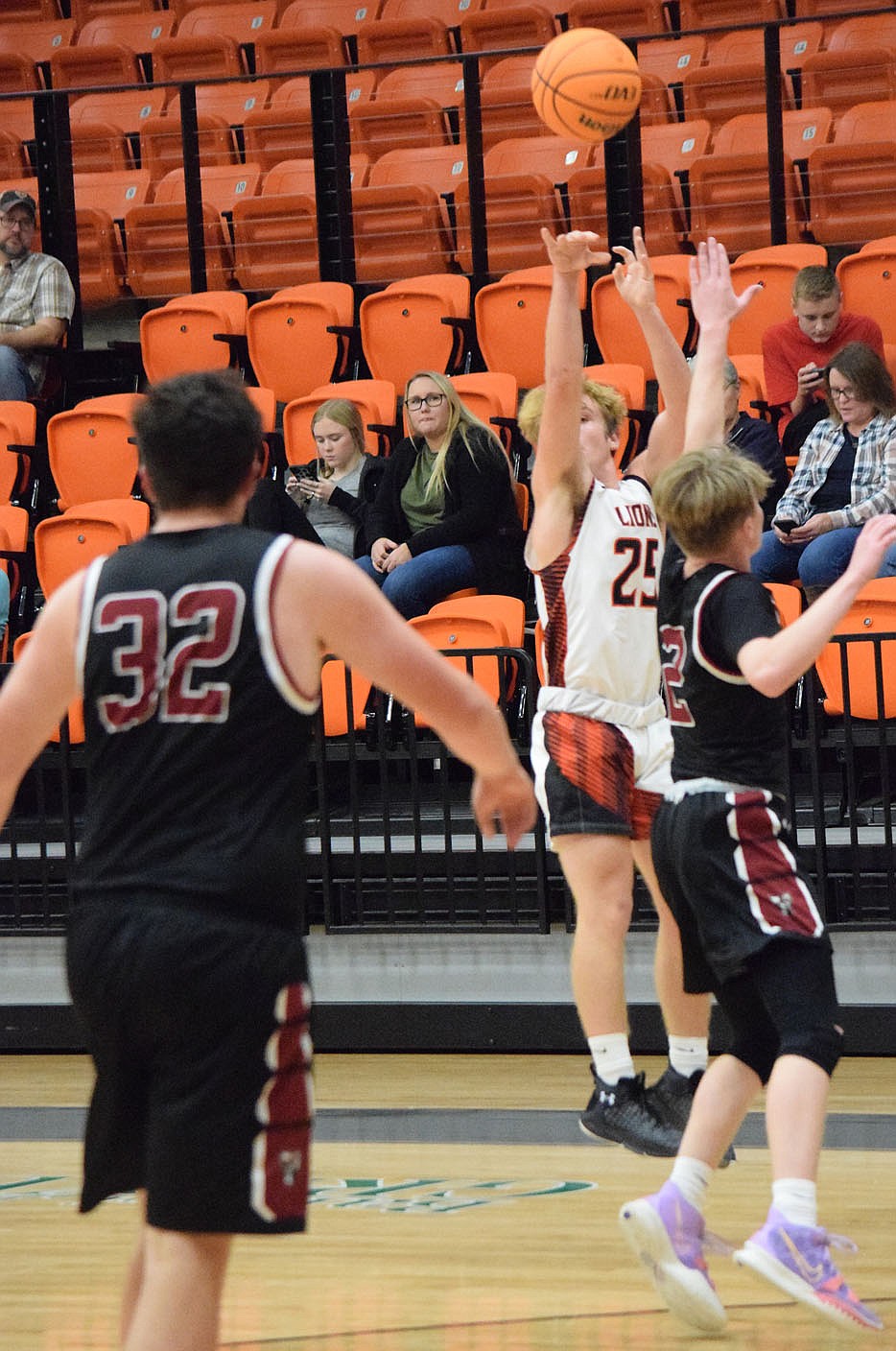 Westside Eagle Observer/MIKE ECKELS Sam Dewitt (Lion 25) takes a shot from three point land during the third quarter of the Gravette-Life Way varsity boys basketball contest at the Lions&#x27; Den in Gravette Nov. 23. Dewitt hit the shot, much to the delight of his teammates on the bench who gave him a standing ovation for his efforts.