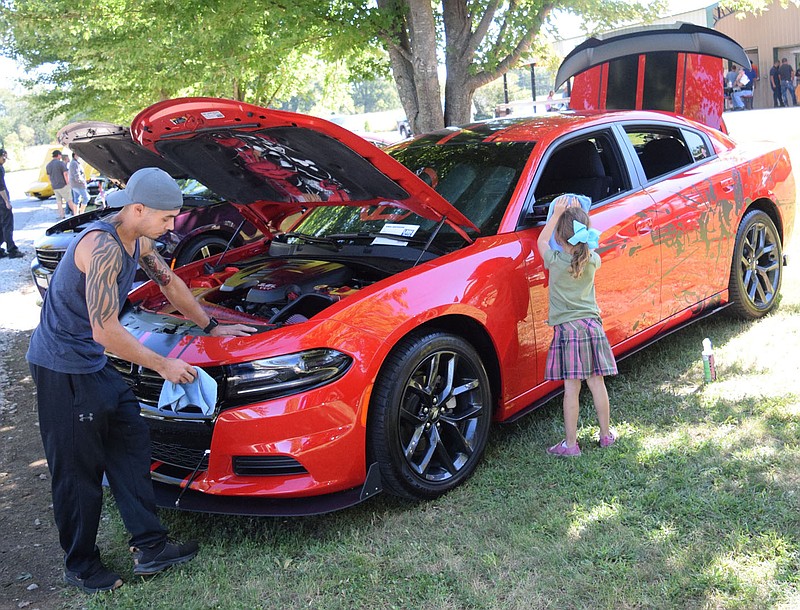 Westside Eagle Observer/MIKE ECKELS While Josh Collins (left) works on cleaning the headlights on his custom Dodge Charger, his daughter Amelia works on polishing the mirror. The Collins and their muscle car were part of the 2021 Veterans Park Car Show in Decatur Sept. 25. All proceeds from the show goes to the Shoes 4 Kids program that provides a par of shoes for each student of the Decatur School District.

DECATUR -- A group of local good Samaritans gathered at Veterans Park in Decatur on Sept. 25 to put on a car show to raise funds to help the local school district acquire about 600 pairs of new shoes, a pair for each student.

Thirty cars and trucks from a vintage Chevrolet Impala to custom-built Dodge Chargers parked along Pat Street in Veterans Park to help raise money for the Samaritan's Feet International Shoes 4 Kids program which will provide much-needed footwear for students of the Decatur School District.

The Chevy C10 pickup, which is currently owned by Dwight Luper, was a labor of love dedicated to a local war veteran.

A placard placed on the front of the truck's engine compartment explains the story of Edward Luper, Dwight Luper's nephew.

"Edward Gene Luper, 'Eddie,' passed away from a brain aneurysm at age 21 after surviving a year of combat in Iraq and multiple IDE explosions. The truck was completed by his father but has been in storage for seven years, so time and weather have caused some damage to the restoration. Some items on the truck, although damaged or rusted, will remain on the truck as these few items were installed by Eddie before his passing. God bless all warriors and thank them for their service."

So the truck was left as is to honor Eddie's memory, as well as being a tribute to the many brave men and women who gave of themselves in the service of our nation's military.

Most of the vehicles shown were stock and custom muscle cars like the classic Chevy Camaro, Dodge Charger and Chevrolet Corvette, all favorites of car show enthusiasts nationwide.

Even off-road custom vehicles like a classic dune buggy and modified modern Baja type racer were on display during the show. 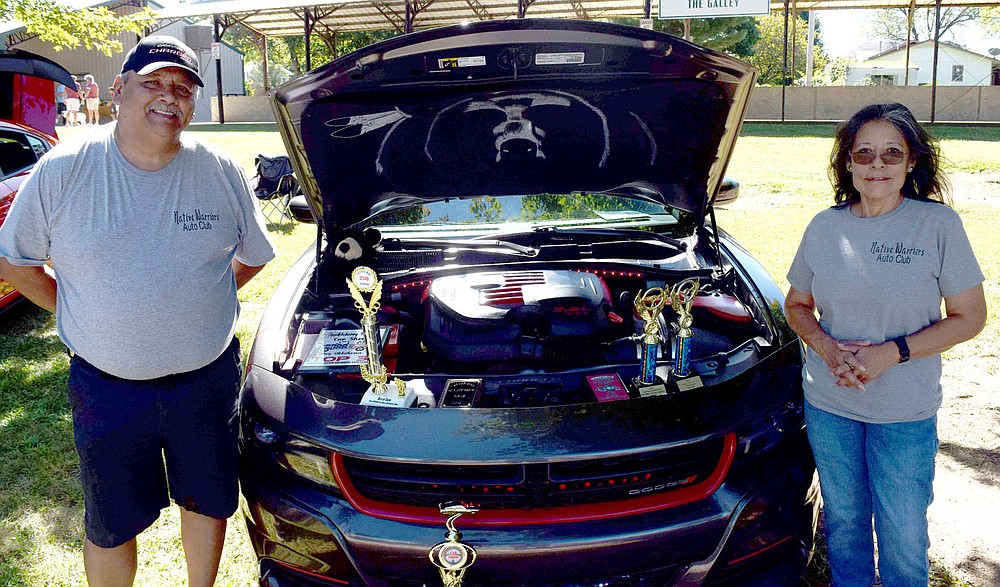 Westside Eagle Observer/MIKE ECKELS Charles Moncooxea (left) and wife Christine show off the many awards they have earned with their Dodge Charger which was one of many custom muscle cars on display during the 2021 Veterans Park Car Show in Decatur Sept. 25. The bear on the inside of the hood sets the theme for the car which is a tribute to the Moncooxea's Native American heritage. Charles does the custom modification on the car while Christine takes care of the graphic. 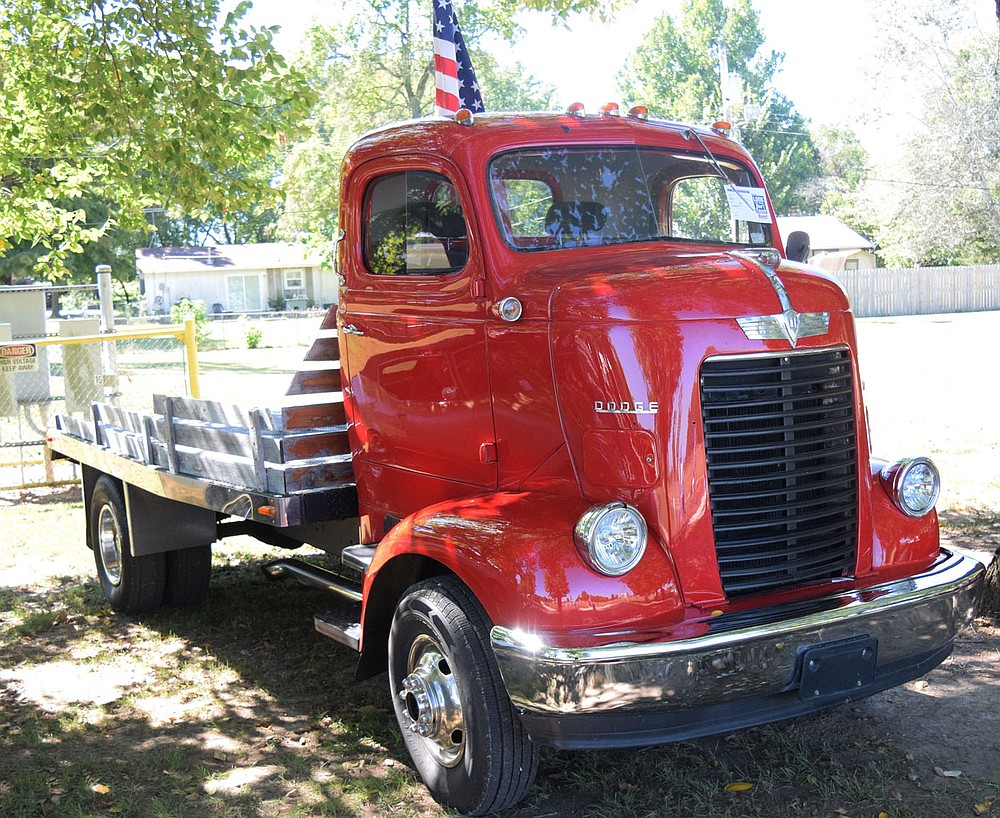 Westside Eagle Observer/MIKE ECKELS A 1947 Dodge Cab-over truck that was once used as a semi-trsctor in the late 40's and early 50's was on display during the 2021 Vetarans Park Car Show in Decatur Sept.25.

Westside Eagle Observer/MIKE ECKELS A vintage Dune Buggiy, parked under a tree, was on display during the Veterans Park Car Show in Decatur Sept. 25. Around 30 cars particpated in the one day event which was part of the &quot;Shoes 4 Kids&quot; fundraiser.