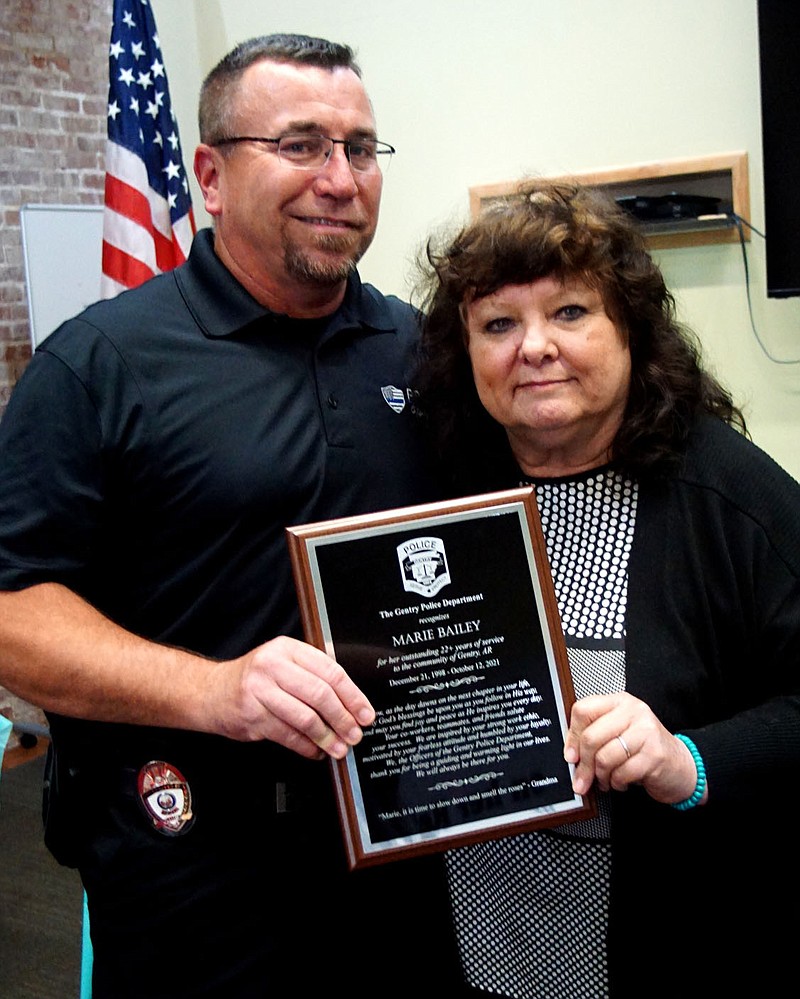 Westside Eagle Observer/RANDY MOLL Police Chief Clay Stewart presented Marie Bailey, office manager for the Gentry Police Department, a plaque in honor of her almost 23 years of service to the department at her retirement party on Friday.

GENTRY -- After nearly 23 years of service as the office manager and records keeper for the Gentry Police Department, Marie Bailey retired on Friday and was honored by police department employees (past and present), city officials and employees, and members of the community at a reception in the McKee Community Room at the Gentry Public Library on Friday.

Chief Clay Stewart presented Bailey with a plaque recognizing her for her years of service and spoke of the important role she played in the department as a part of the Gentry PD family and in her service to the community, always doing her best to help, whatever the need.

During her years of service, Bailey not only managed the office and kept up with the police records. For many years, she also dispatched calls and kept the department's offices clean.

Chief Stewart said Bailey wore many hats at the department and was known by many names. He sometimes called her "The Accommodator" because of her willingness to go out of her way to help anyone with their needs or problems. For many in the department, she was lovingly known as "Momma Marie."

"Marie," Stewart said, "you probably have no clue what an impact you've had on all the officers that have had the opportunity to work with you. Not only have you always been dependable and steady, but also compassionate and caring. You made them all feel like family."