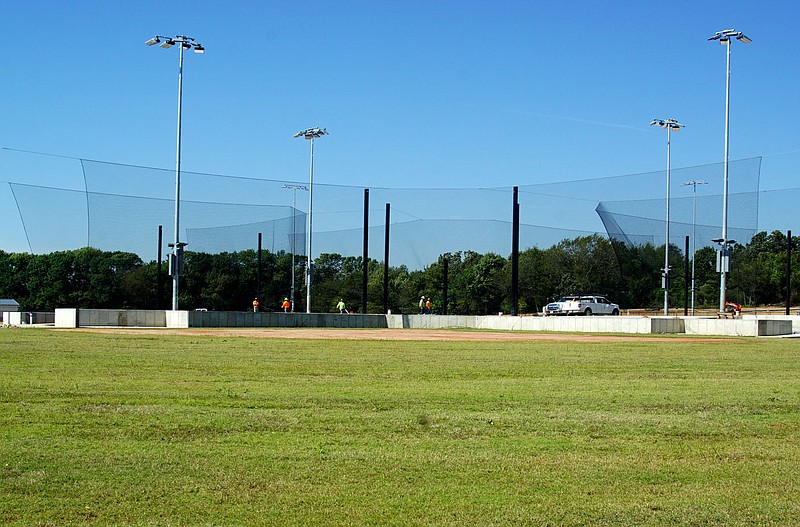 Westside Eagle Observer/RANDY MOLL Work is progressing at the new sports complex on the north edge of Gentry. Many of the ball diamonds are getting closer to completion, and parking areas are being completed, as well.

Though the council urged a new rate study be done, taking in an expected increase in water prices to the city from the Benton-Washington Regional Public Water Authority, the council adopted an ordinance on three readings to raise the city's water and sewer rates on the first bill in 2022 by a scheduled 3 percent.

The full ordinance has a scale of rates with breakdowns for meter size and for usage.

Kevin Johnston, Gentry's mayor, told the council that it would be OK to do a rate study on the city's water system now but that the city did not have all the numbers yet to do a sewer rate study because of the need for the city to update and expand or build a larger wastewater-treatement facility in the near future.

It was reported by Joel Kurtz, the city's attorney, that cities would be required to do water and sewer rate studies every five years once the provisions of Act 605 go into effect. The state law will require cities to have 5 percent of costs in a reserve fund.

The council approved with three readings and an emergency clause an annexation request to take in lands which are a part of the Country Lots LLC and adjacent to the Sunset Ridge Subdivision (on the south side of Arkansas Highway 12 on the east side of the city).

Approved on its first reading was an ordinance changing the description of the recent RN (residential neighborhood) Zone to clarify that it is a zoning option for more than just the neighborhood to the north of Main Street with many historic homes. The RN Zone is for single-family homes but on a narrower lot width than the R-1 Zone (a minimum of 50-feet wide instead of R-1's 70-foot width requirement). To accomodate the smaller lots, required setbacks are also less in the RN Zone.

Mayor Johnston told the council that many home buyers are looking for smaller homes with less yard to maintain.

Johnston updated the council on issues at the splashpad, as well as its closing for the season; the water storage facility being constructed along Y-City Road, with a completion date in June or July 2022; and progress made at the new sports complex with ball fields being completed and work being done in the parking areas.

He said the property at 119 N. Nelson Ave. had now been cleaned up and that the owner was making significant progress at 117 N. Smith Ave.

Johnston reported on the upcoming citywide cleanup on Oct. 23-24, from 8 a.m. to 4 p.m., at the city park on the north side of Main Street. He said household hazardous waste would only be accepted on Saturday from 10 a.m. to 2 p.m. Electonics and tires will also be accepted at the cleanup, though limits are also in place.

A tree giveaway will also be held during the fall cleanup, with 200 trees to be given away.

Johnston also announced that 120 to 150 trees would be planted at the city's new sports complex. 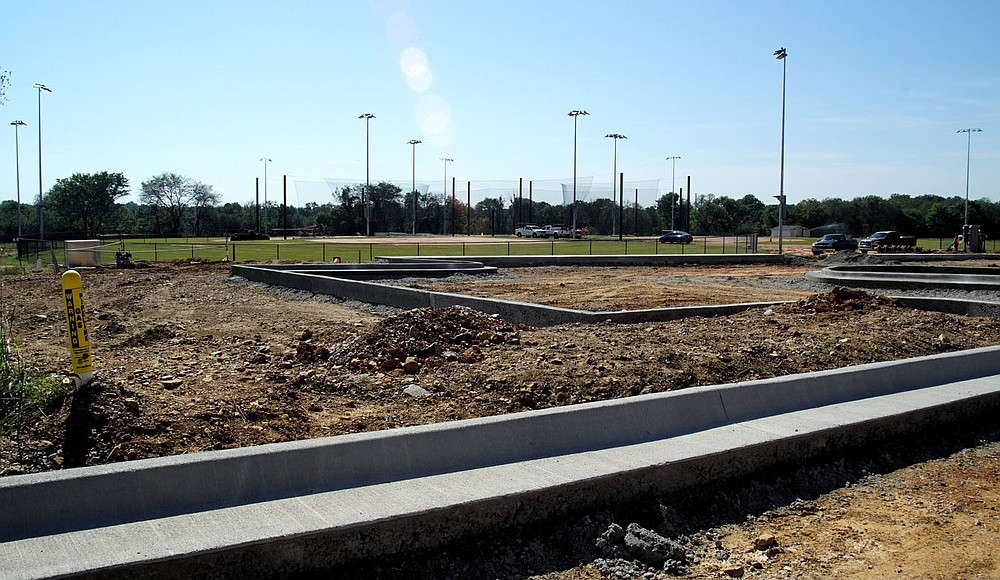 Westside Eagle Observer/RANDY MOLL Much progress is being made at the new sports complex on the north side of Gentry, with ball fields being completed and work ongoing in the parking areas.