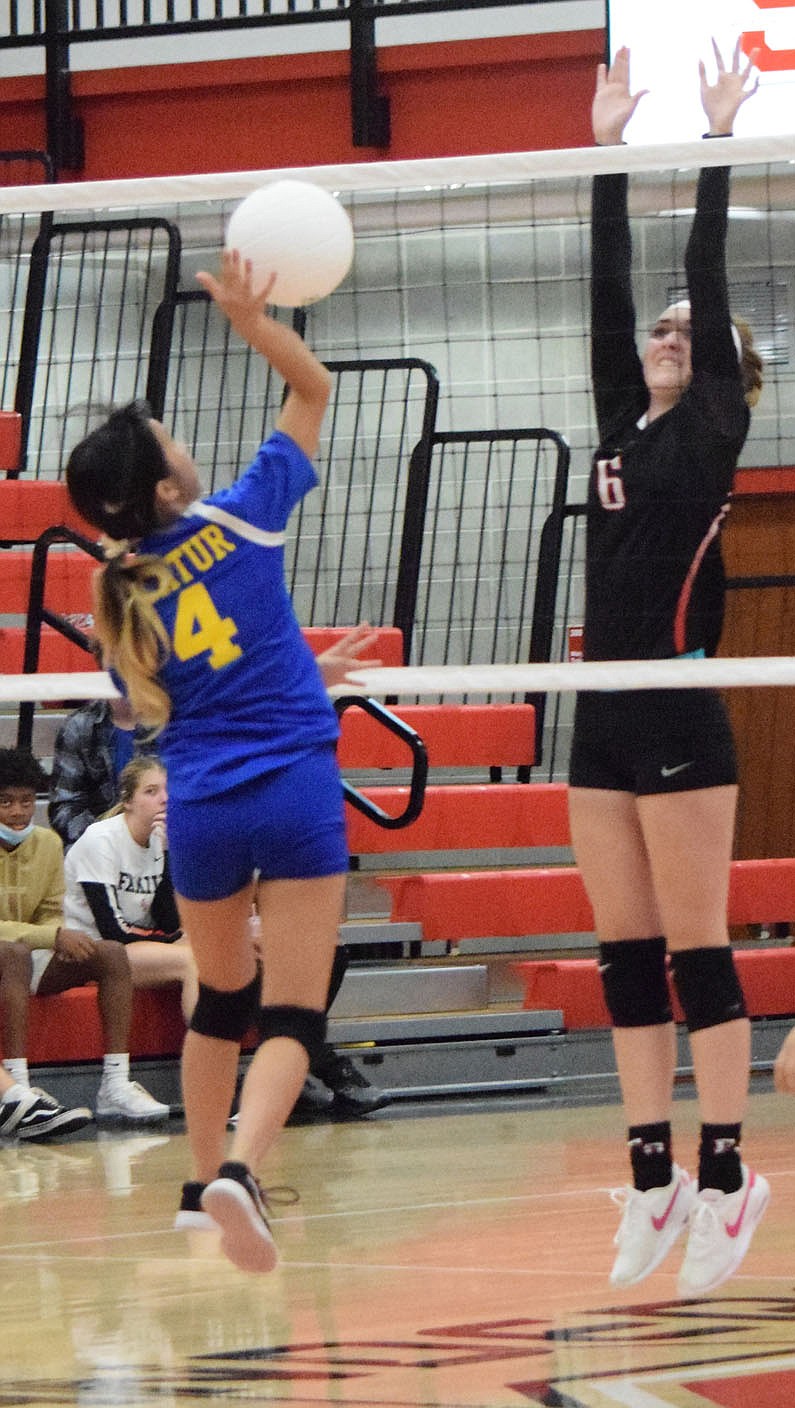 EUREKA SPRINGS -- Coming off a big win against the Fayetteville New School the day before, the Decatur Lady Bulldogs hit the road Oct. 5 traveling to Eureka Springs to take on the Lady Highlanders in yet another conference showdown. While the junior high team continued its winning streak, the varsity lost its volleyball match in straight sets.

The Lady Highlanders jumped out in front early in the first set of the varsity contest. Decatur was able to close the gap and tie the contest. But four straight points by Eureka won the team the first set, 25-21, over Decatur.

For a short time, the Lady Bulldogs were able to hold a slim lead. But a series of long volleys between the two teams had the lead change hands twice before the Lady Highlanders began to pull ahead and eventually took the second set, 25-18.

The Eureka Springs Lady Highlanders went on to take the third set, 25-17, and the conference victory in three sets over the Decatur Lady Bulldogs.

Both the varsity and junior high teams wrap up their 2021 volleyball season with three contests at home, against Mansfield Oct. 11, Northwest Arkansas Classical Oct. 12, and the senior night contest against the Lavaca Lady Golden Arrows. All matches are scheduled to begin at 4:30 p.m. with the junior high A contest. 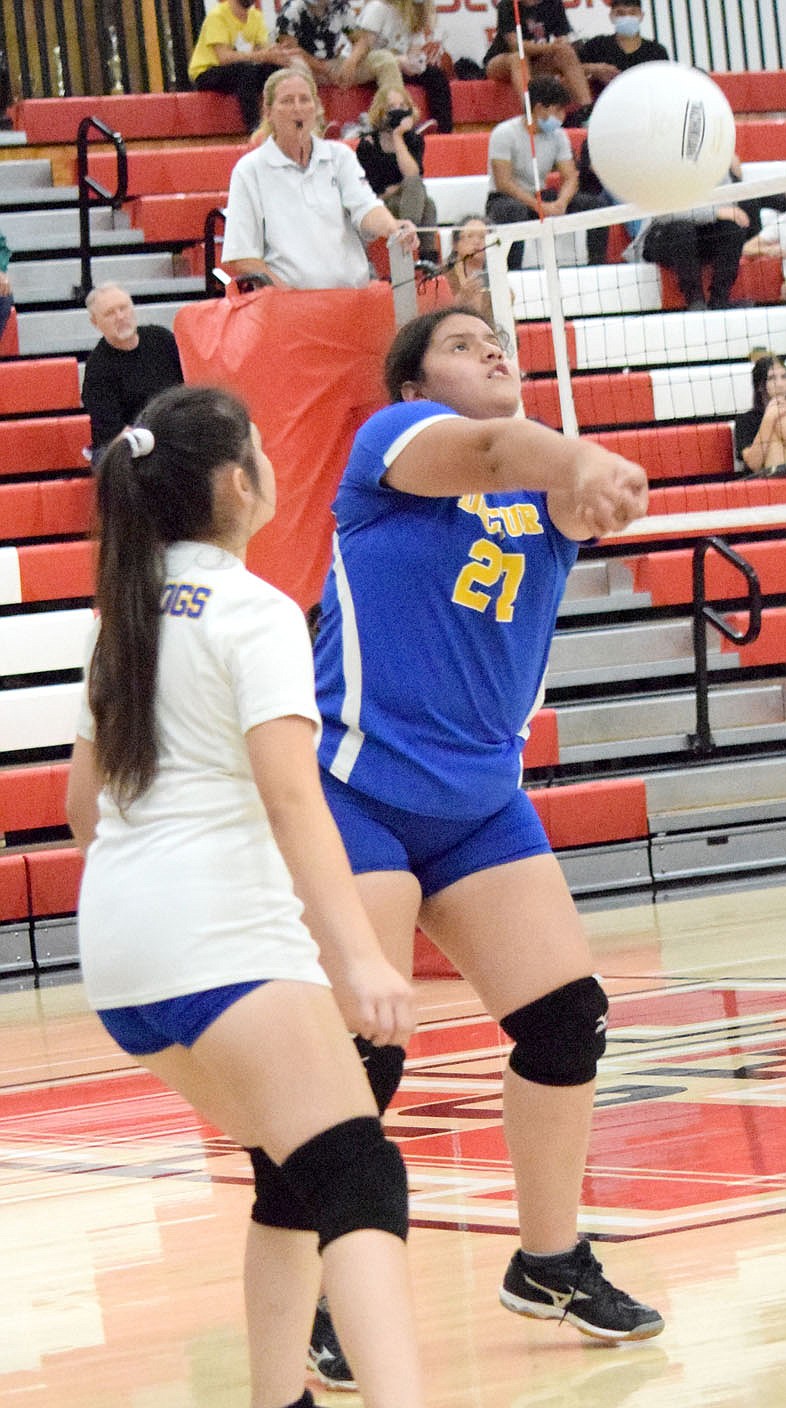 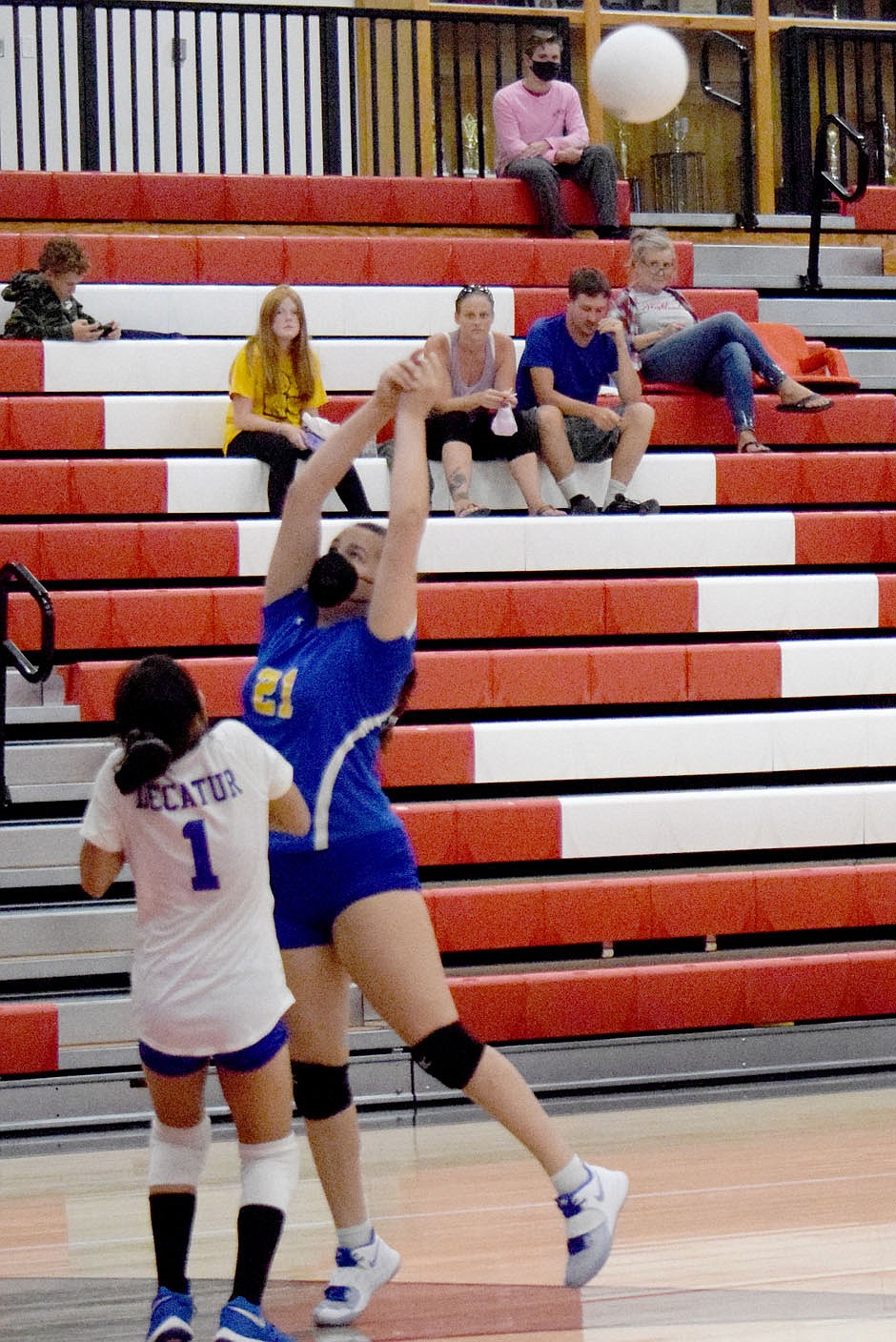 Westside Eagle Observer/MIKE ECKELS Ariana Kumbera (21) passes the ball over her head to a teammate on the first row during the second set of the Eureka Springs-Decatur junior high volleyball match at Highlander gym in Eureka Springs Oct. 5. The Decatur Lady Bulldog junior high team defeated the Lady Highlanders in straight sets.