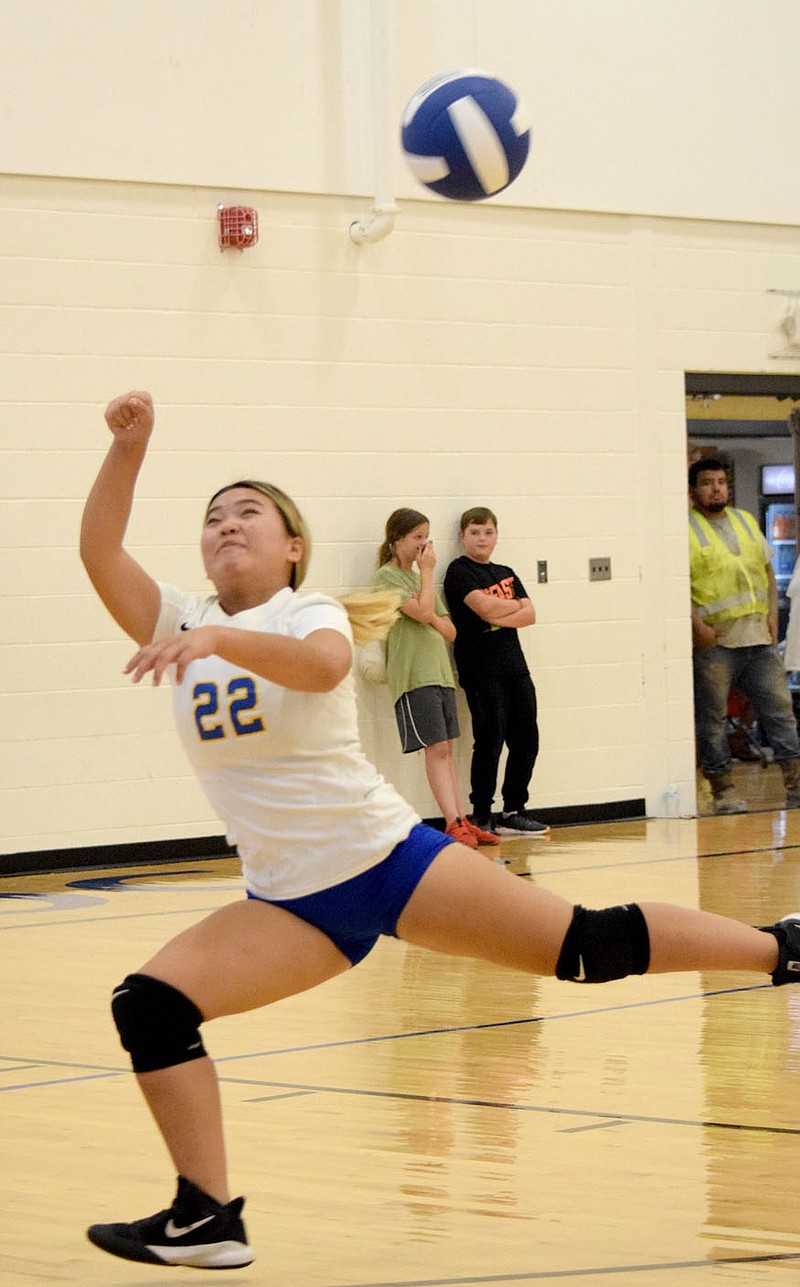 Westside Eagle Observer/MIKE ECKELS After chasing the ball to the corner of the court, Lady Bulldog Lilly Lee manages to hit it back over the net and into Lady Highlander territory during the Sept. 7 Decatur-Eureka Springs varsity volleyball match in Decatur. The Lady Bulldogs lost the contest to the Lady Highlanders in a tiebreaker 11-15.

DECATUR -- Two longtime rivals met on a court Sept. 7 for an epic battle of the sport known as volleyball. The Eureka Springs Lady Highlanders traveled over the mountains of Northwest Arkansas to take on the Decatur Lady Bulldogs at the Decatur Middle School gym. It was a noble fight between two rising volleyball powers which ended in a tiebreaker set. Who claimed the victory?

Decatur managed to start the contest with the lead during the early stages of the first set. But an equally strong Eureka Springs team stayed close, eventually taking the lead. From that point, the lead changed hands several times before Eureka Springs managed to put four straight points past the Lady Bulldogs to take the first set, 25-21.

The match came down to the tie-breaking set. Instead of the set played to 25, the tiebreaker is played to 15. It was very close but, in the end, it was the Eureka Springs taking the set, 15-11, and the match, three sets to two, over the Decatur Bulldogs.

It would be the Lady Barnstormers that picked up the victory, defeating the Lady Bulldogs.

The Decatur Lady Bulldog junior high and varsity teams return to the gym at Decatur Middle School on Sept.14 to take on Fayetteville New School. Both teams will be on the road Sept. 14 to take on the Northwest Arkansas Classical Academy in Rogers. Both Decatur teams will travel south to take on last year's conference champions Lavaca Lady Golden Arrows. All three matches begin at 4:30 p.m. with the junior high contest. 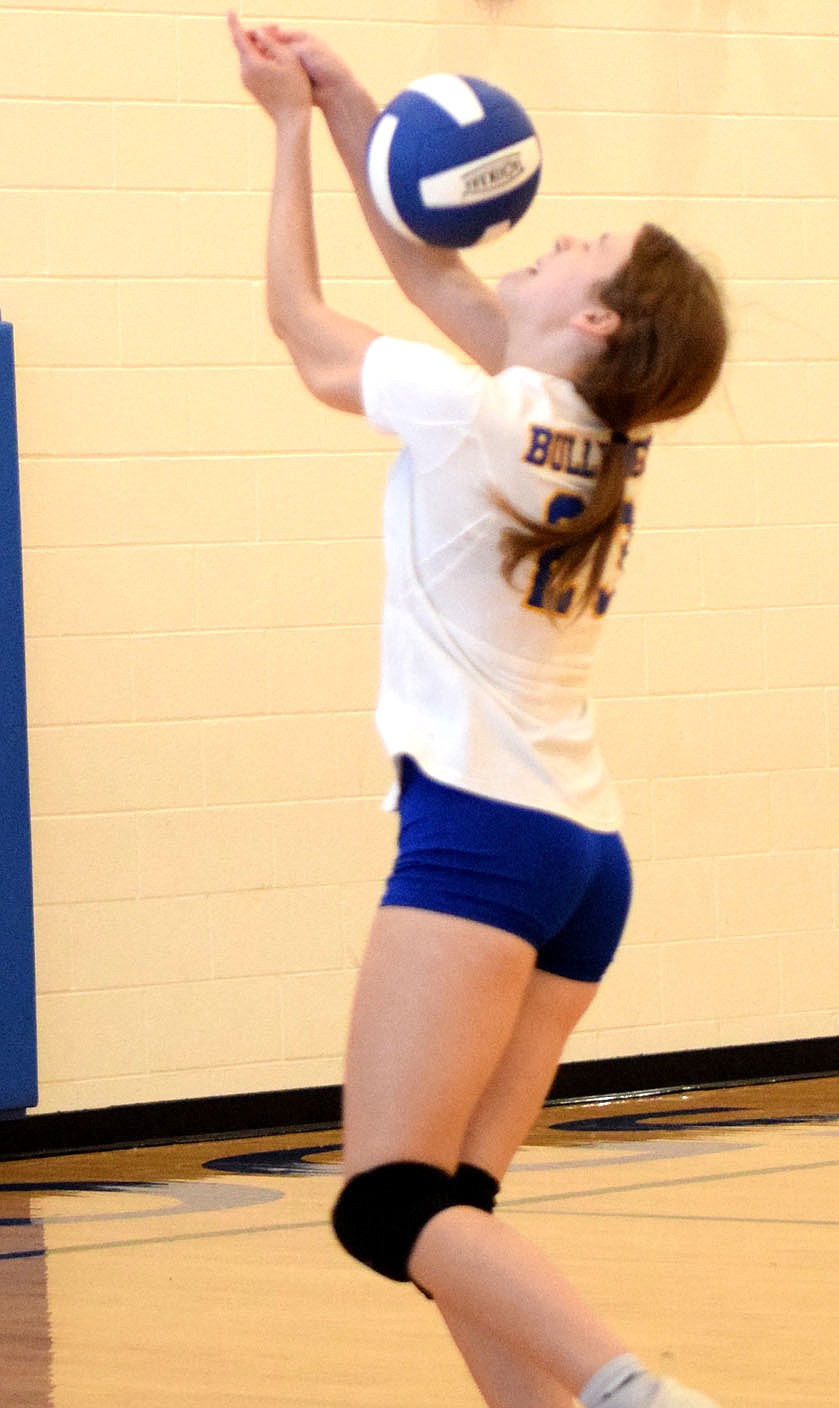 Westside Eagle Observer/MIKE ECKELS Brooklyn Todd just misses her face as she uses a forearm hit to send the ball to the Lady Bulldog front line during the third set of the Decatur-Eureka Springs volleyball match in the gym at Decatur Middle School Sept. 7. The Lady Bulldogs lost the match three sets to two to the Lady Highlanders. 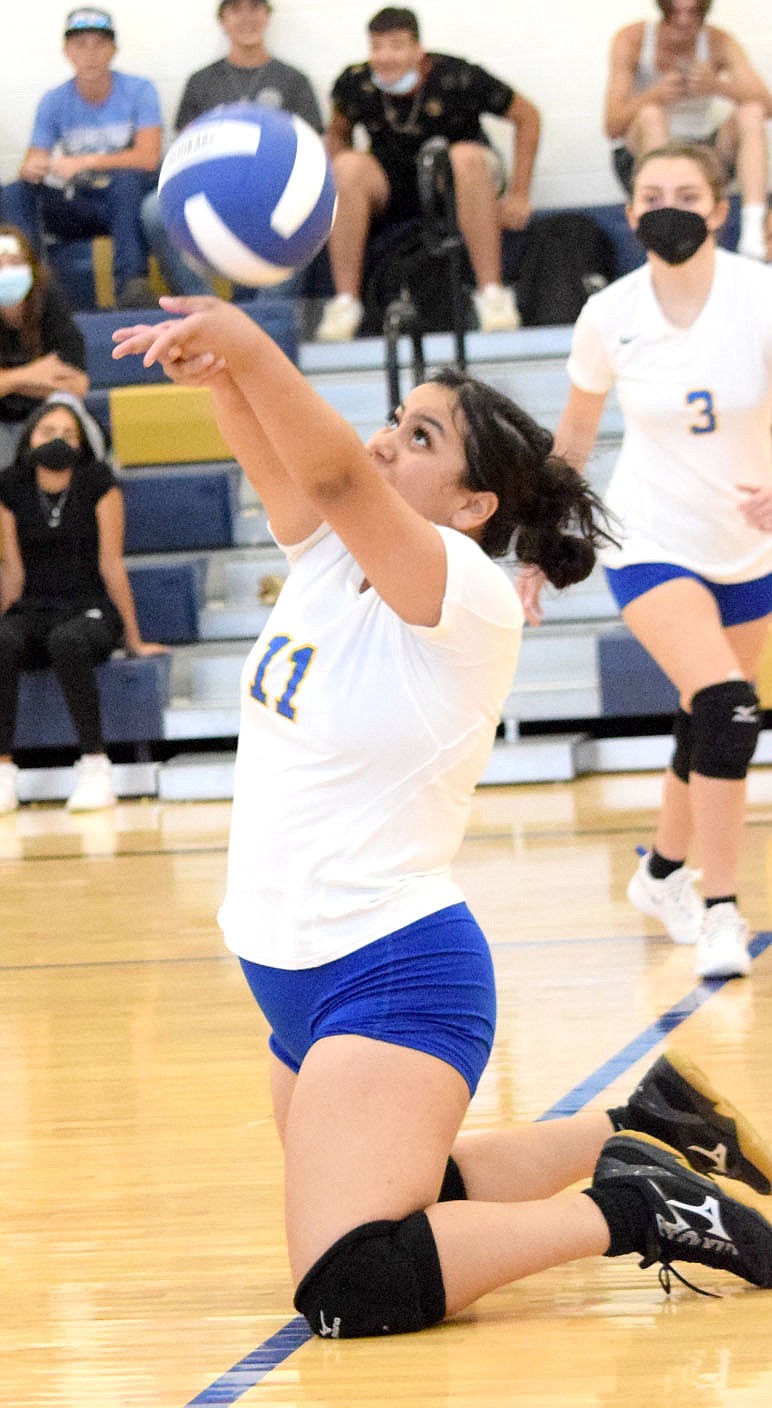 Westside Eagle Observer/MIKE ECKELS Jackie Mendoza falls to her knees in an effort to save the ball from hitting the floor in front of her during the Sept. 7 Decatur-Eureka Springs volleyball match in Decatur. Mendoza managed to hit the ball back over the net and into Lady Highlander territory for a Lady Bulldog point. 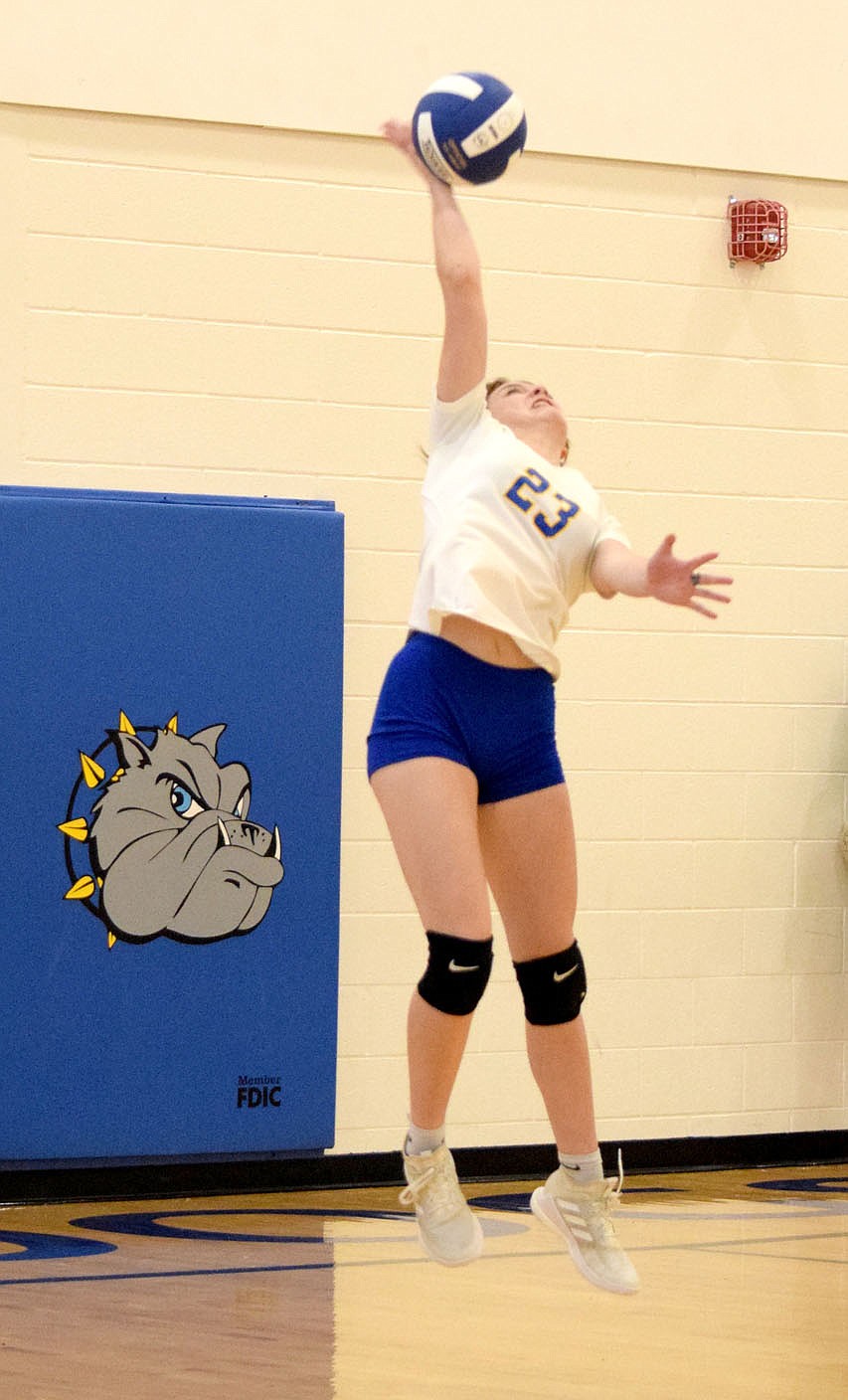 Westside Eagle Observer/MIKE ECKELS Lady Bulldog Brooklyn Todd serves the ball to the Lady Highlander side of the court during the second set of the Decatur-Eureka Springs volleyball match in the gym at Decatur Middle School Sept. 7.