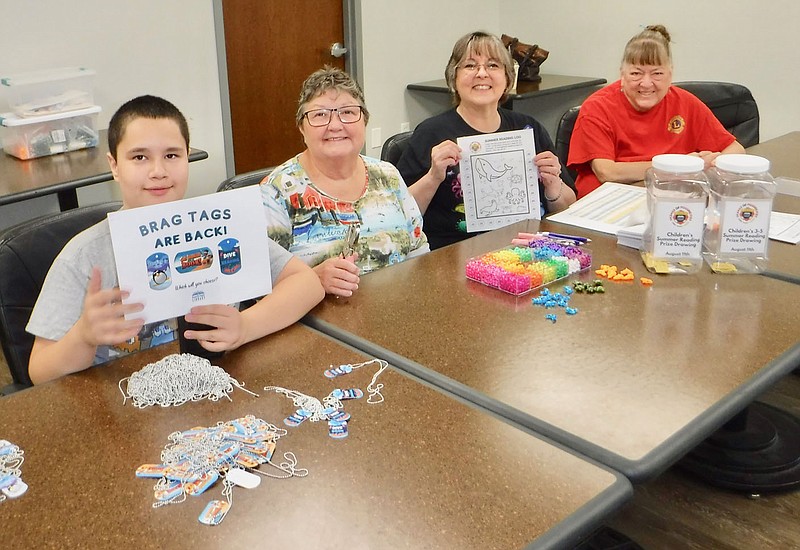 GRAVETTE -- The summer reading program at the Gravette Public Library is a resounding success. Karen Benson, library director, reported at the July meeting of the library advisory board that 128 children were signed up for the annual program. That number has now grown to 158. In addition to the youngsters involved, 13 teens and 33 adults are also participating in the program.

"Oceans of Possibilities" is the theme for the 2022 summer program which began July 1 and will continue through August 31. Programs with an ocean theme have been presented for the youngsters each Thursday at the Gravette Civic Center. Programs in past years have been held at the library but enrollment has grown so large that library rooms can no longer accommodate them.

Twenty-five volunteers have also signed on to help set up, prepare for and assist with programs. These include library patrons, parents of young participants, Lions Club members and members of the Bentonville-Bella Vista branch of Altrusa.

Recent programs for the youngsters have included presentations by meteorologist Dan Skoff and a couple of presentations by staff members from the Amazeum at Bentonville, Ocean Creatures and Circuit Creatures. The Thursday, Aug. 4, program is titled Flex Your Mussels and will be presented by Kendall Moles, a malacologist with the Arkansas Game and Fish Commission's Stream Team. The programs will conclude with a magic show and celebration on Thursday, Aug. 11.

Readers of all ages are rewarded for time spent reading or the number of books read. The youngsters receive beads for time spent reading or being read to and many are filling necklaces with beads. Special beads in the shape of turtles, dolphins and seals are awarded for weekly challenge activities. Harper Young, age 3, has collected beads for 1,040 minutes read. Her mother, Alisha, and sisters Athena and Katilena are all participating in the reading program too. Calliope Power and Sara Holloway have each completed three reading logs (1,440 minutes).

Teens and adults are recording books read in a special reading log. When certain reading goals are met, they receive a punch card which is placed in a drawing for gift certificates and other prizes to be awarded on September 1. 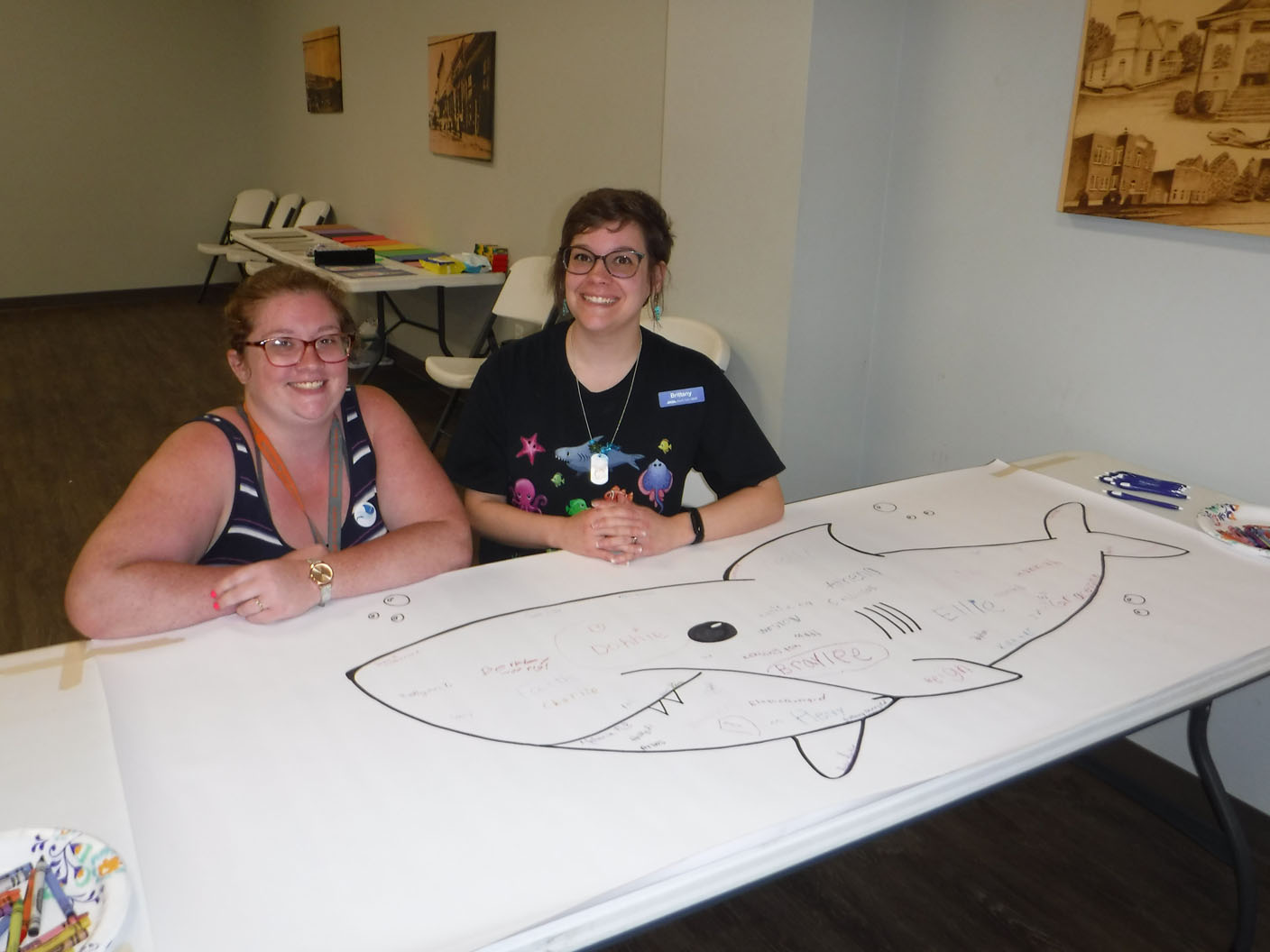 Westside Eagle Observer/SUSAN HOLLAND Library volunteer Catherine Holloway, a member of the Friends of the Gravette Public Library, and library clerk Brittany Mangold pose beside an illustration of a shark which was being signed by participants in the library’s summer reading program session Thursday, July 28. Children ages three to five were celebrating Shark Week and participating in activities with a shark-related theme. 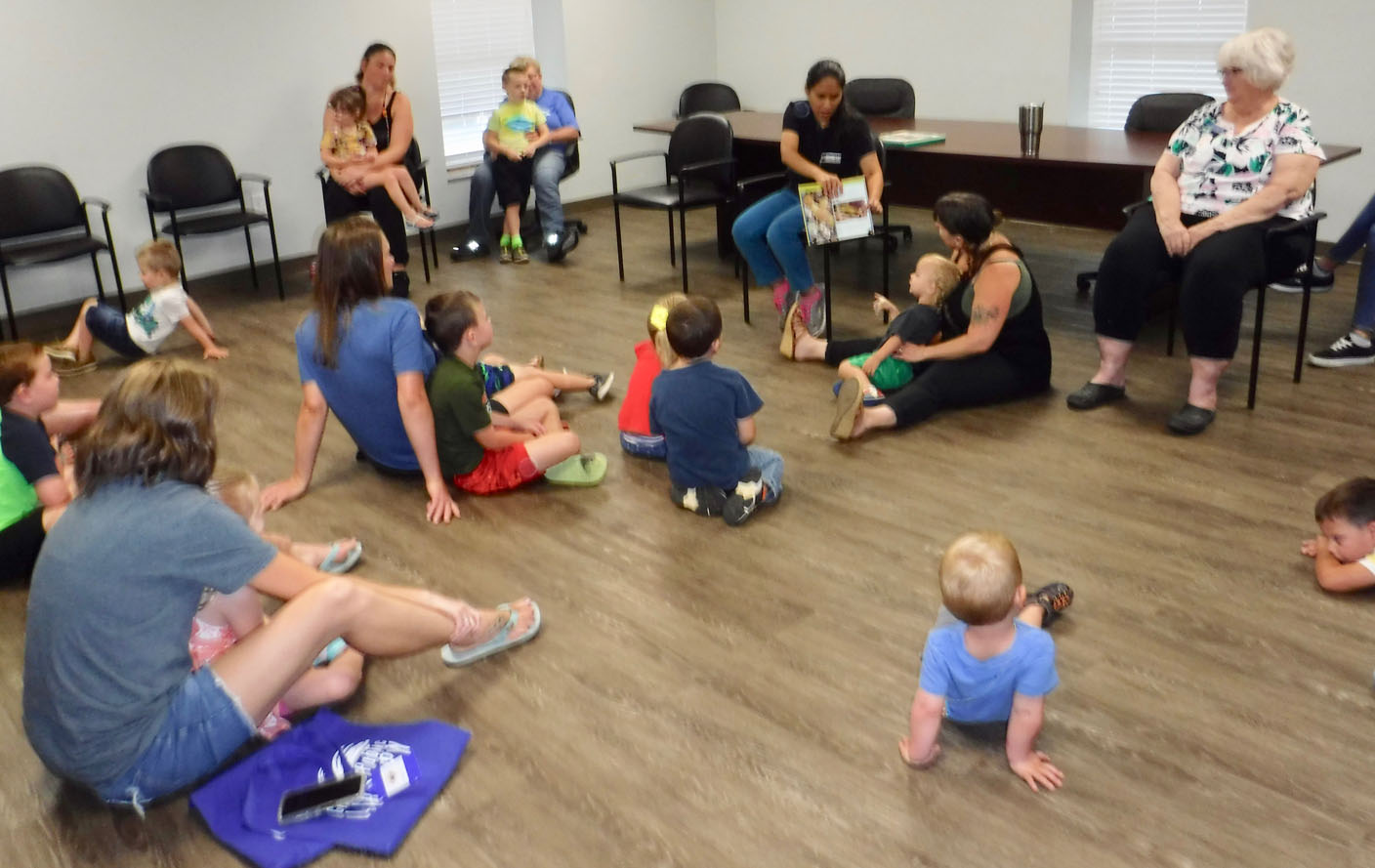 Westside Eagle Observer/SUSAN HOLLAND Participants ages three to five in the Gravette Public Library's summer reading program listen to a story being read by library volunteer Maria Pinto. The children were celebrating Shark Week and Maria was reading "Sharks," a National Geographic Kids book. 158 youngsters signed up for this year's program with the "Oceans of Possibilities" theme. 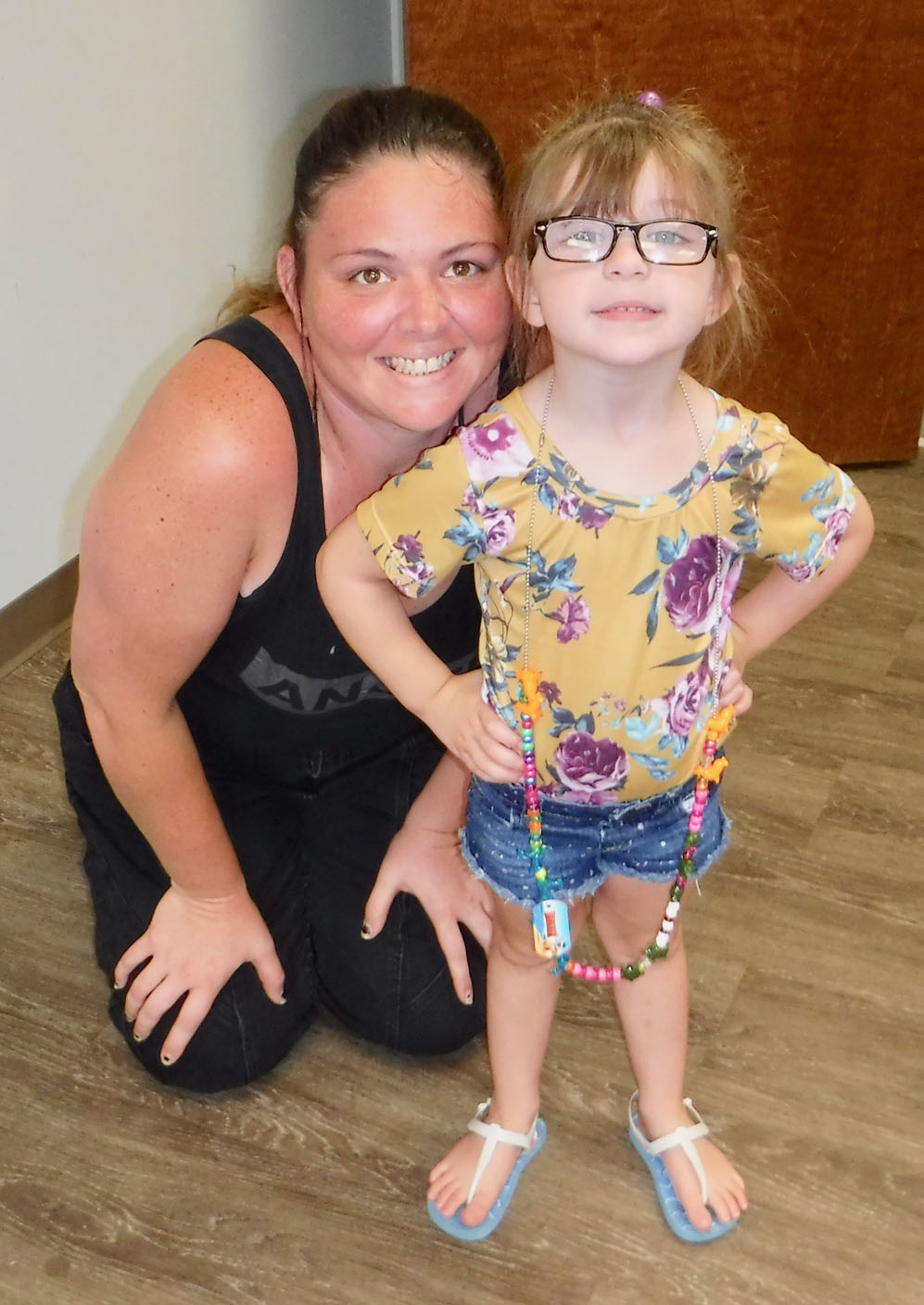 Westside Eagle Observer/SUSAN HOLLAND Summer reading program participant Harper Young, age 3, and her mother Alisha pose during the Shark Week session Thursday, July 28, at the Gravette Civic Center. Students receive beads for time read or being read to and Harper has amassed beads for 1,040 hours being read. She filled one necklace with beads and had come back for a second necklace to begin collecting more beads before the program ends Aug. 11. 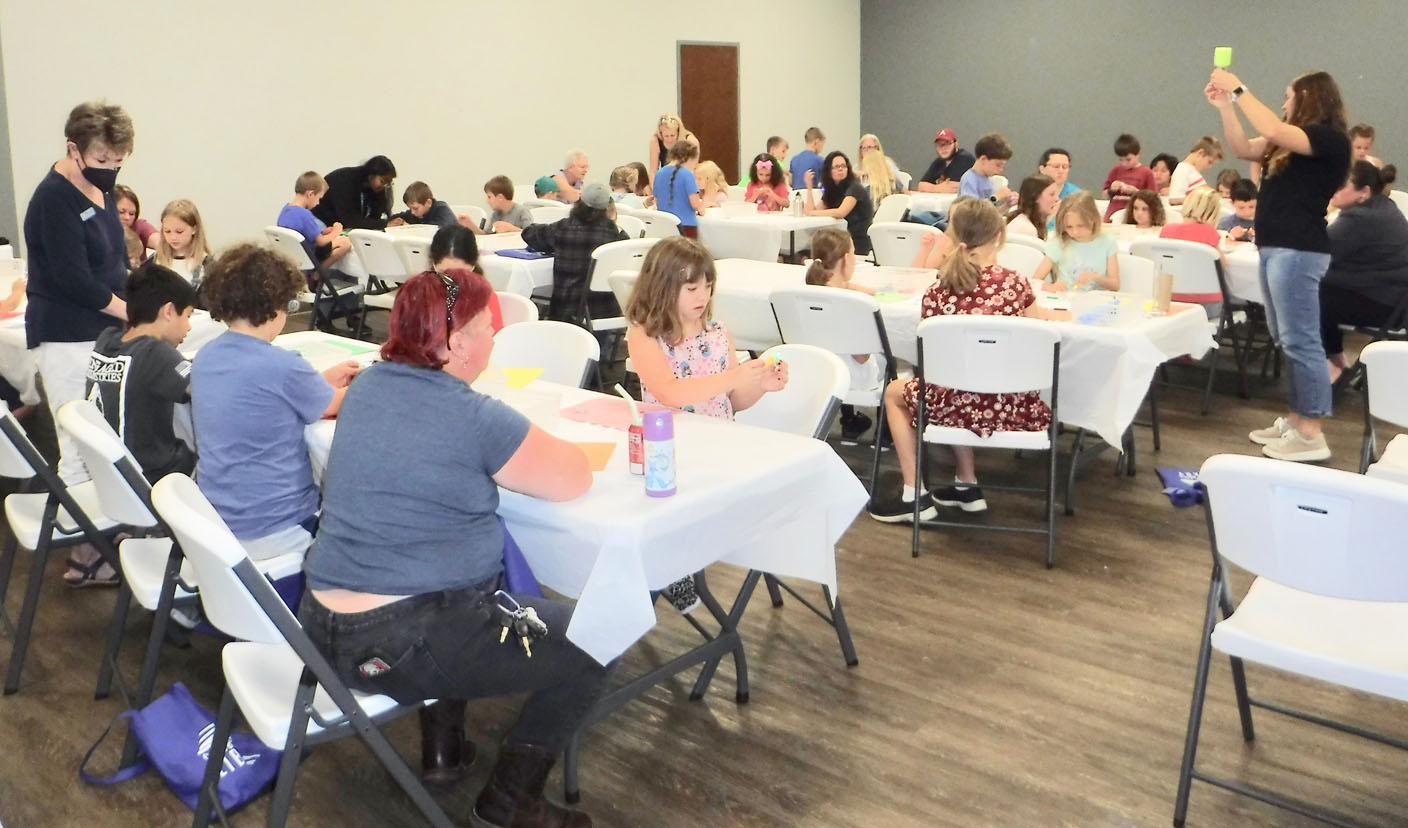 Westside Eagle Observer/SUSAN HOLLAND Tables in the large center room at the Gravette Civic Center are filled with young readers and volunteers during the Gravette summer reading program's "Oceans of Possibilities" session Thursday, March 28. Thursday's program was being presented by staff members from the Amazeum in Bentonville and volunteers included members of the Bentonville/Bella Vista chapter of Altrusa.