Howard to headline at Decatur Barbecue 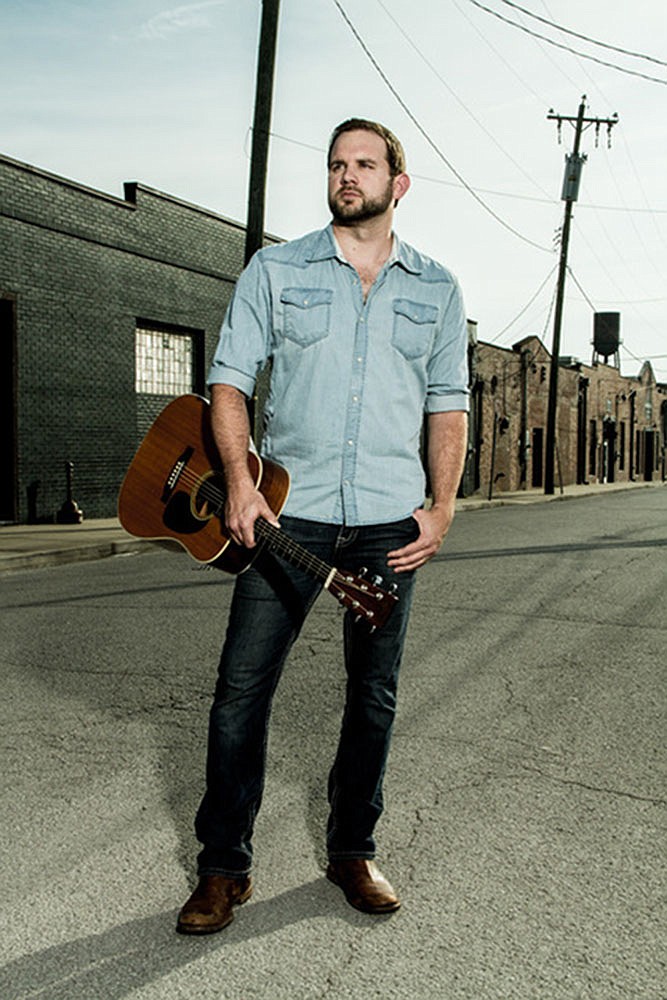 Westside Eagle Observer/SUBMITTED Nashville sensation Blane Howard will bring the house down with his unique style of country music during the 68th Decatur Barbecue concert on the Bill Montgomery USO stage at Veterans Park in Decatur Aug. 6.

DECATUR BARBECUE -- One of the most popular events of Decatur Barbecue since its conception in 1953 is the evening concert. The first entertainer for this event was Leon McAulffe and his band who took the stage for the first performance at the Barbecue. This year's featured entertainers have a very strong tie to Arkansas which will resound in all who proudly reside in the Natural State.

To this day McAuliffe still holds the record for the longest run at the Barbecue, 19 years to be exact (1953-72). That changed when Lloyd Peterson, one of the barbecue's biggest sponsors, sent Decatur native Pat Austin to Nashville, Tenn., to find the best entertainers for the barbecue crowd. And Austin delivered when country music legend Hank Thompson Jr. took the stage at Old City Park in 1973 to open an era that saw country music legends, as well as up-and-coming stars, grace the stage for this annual event.

Austin is still assisting the Decatur Chamber of Commerce in picking the best headliners to draw more and more visitors and townsfolk to the barbecue each year. And this year is no different.

Blane Howard, who has a real feel for Arkansas since he grew

up in the central part of the state, is the featured singer for the 68th Decatur Barbecue.

Howard was destined to be a country music singer-songwriter. At age three, he "stood in front of the TV with a blue and green plastic guitar and sang along with Alan Jackson's "Chasin' That Neon Rainbow" (www.last.fm/music/Blane+Howard).

Twenty-plus years later, that little boy's dream became a reality thanks to some notable influences from Garth Brooks, Vince Gill and Randy Travis on the country side and Lynyrd Skynyrd and AC/DC on the classic rock side. These different styles of music helped to mold Howard into the performer he is today.

In 2013 Howard's country music career began taking off with a string of hit singles. One of Howard's biggest successes was written as a wedding gift to his new bride, Megan. "Promise To Love Her" was so successful for Howard that the song spent 17 straight weeks on Country Music Television (CMT) Music's 12-Pack Countdown where it spent one of those weeks at number one.

In 2014, Howard wrote "Arkansas Y'all," which was selected as a finalist in the Song of Arkansas contest. A year later, he released the Razorback Version of the song which pays tribute to the University of Arkansas Razorbacks. Together the pair was released as a two-song CD by the same title.

"In late 2020, with the NFL playoffs approaching, Howard received a boost in recognition. While his touring was halted during the pandemic, Howard, a lifelong die-hard Kansas City Chiefs fan, wrote a new song, "Run It Back," which became the Chiefs' new anthem during their playoff run. The song was played by radio stations all over the Kansas City metro area and on surrounding Midwest stations. In just a few short months, the song, and the coinciding hype videos, racked up over two million streams and views and the Chiefs organization used the song in one of its highlight reels, as well as playing it in Arrowhead Stadium during a playoff game" (blanehoward.com/bio).

Howard was named as the Arkansas CMA Male Vocalist of the year in 2018 and 2019. He "embraces his unique style of country, modern traditional, mixing the authenticity of the 90s with the contemporary edge of today"(blanehoward.com/bio).

Blane Howard hit songs include: "Rock On Her Window," "Promise To Love Her," "All Those Empties," "Arkansas Y'all,"