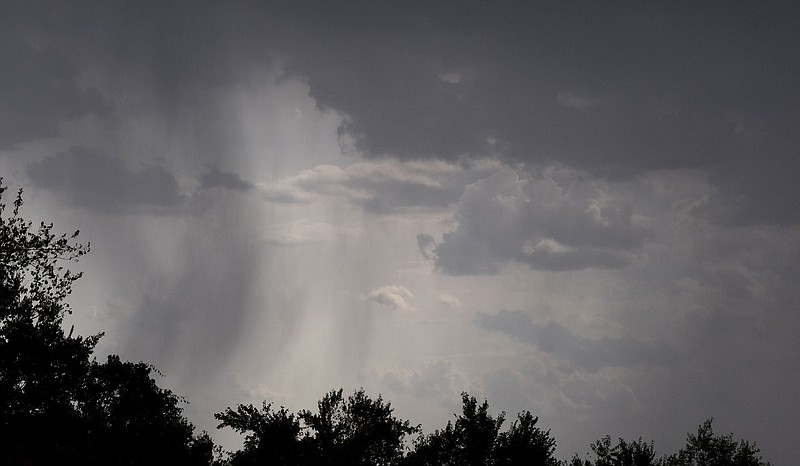 Westside Eagle Observer/MIKE ECKELS Looking west from Decatur City Hall, several rain shafts fall from the southern boundary of a building thunderstorm on July 27 as a frontal system stalls over Northwest Arkansas, bringing with it much-needed rain. The shafts moved through the Gentry area and on toward Springdale and Rogers.

DECATUR -- It's raining, it's raining! People from all over the region celebrated July 27 as a day that brought relief from 100-degree plus temperatures and humidity and dry conditions when a strong frontal system moved into the area with lots of rain, lightning and wind.

The Decatur area had been under drought conditions for over a month as a strong ridge of high pressure dominated weather conditions over the past six weeks. Area lakes, creeks and rivers began to see water levels drop in that time frame. Then a miracle from the heavens swept into the area.

Storm clouds began to build over extreme Northwest Arkansas around 1 p.m. as the heat index approached the 100-degree mark. The heat, coupled with the approaching front and growing instability in the atmosphere, fueled spotty storms in

eastern Oklahoma. Two hours later, some of these storms prompted the National Weather Service office in Tulsa to issue a severe thunderstorm warning and special weather statement in Benton County.

The first warnings came around 4:30 p.m. as a very strong thunderstorm moved through Sulphur Springs and Gravette, dropping large amounts of rain, lightning and moderate wind gusts. All these storms moved east along the frontal system which stalled over the area. This was the beginning of several days of storms over the northern half of the state.

About 45 minutes after the Gravette storm moved out, another strong thunderstorm moved into the Decatur/Gentry area, bringing with it heavy rain, intense lightning and strong wind gusts. This lasted for about three hours. And then a beautiful double rainbow formed just east of Decatur and Gentry, giving area residents a little hope that the record-setting heat wave may soon be over.

But the rain was just beginning in Northwest Arkansas as a line of thunderstorms once again moved through the area Thursday morning and continued through the remainder of the week into the weekend.

Strong storms with very heavy rain, amounts reaching two inches an hour at times, began once again on Friday night and into Saturday prompting the weather service to issue a Flash Flood Advisory for the area.

The break from the excessive heat brought welcome relief to the area. Coupled with the five days of much-needed rain, area lakes, rivers, and holding ponds began to refill once again.

According to the Weather Channel's Weather Underground map, four to eight inches of rain fell in Benton County from July 27 until July 31. Some higher amounts were recorded in Washington, Madison and Carroll counties and on eastward.

Unfortunately, the State of Kentucky was hit with nonstop storms that produced epic and catastrophic flooding. At present at least 25 people lost their lives in the horrific event with the toll likely to climb even higher in the coming days. 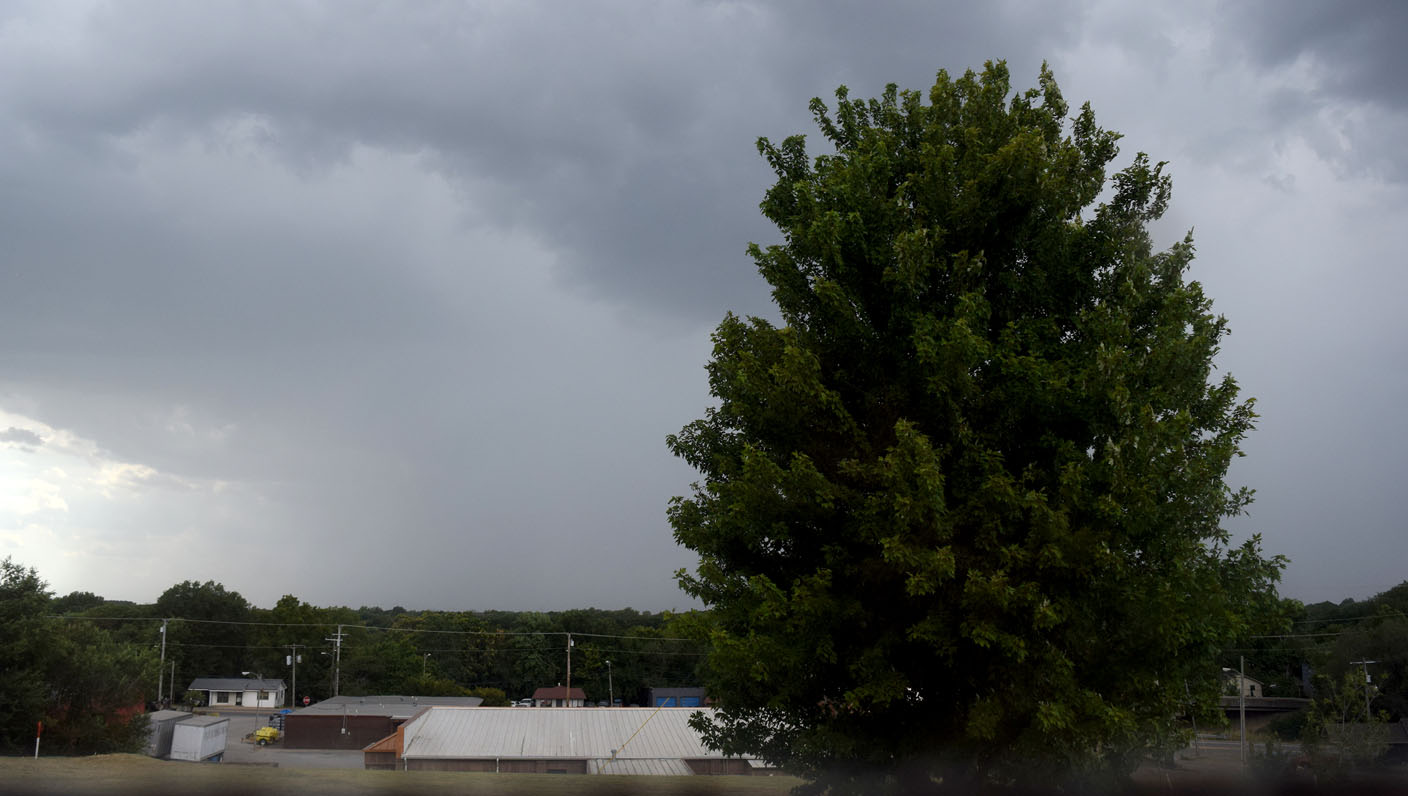 Westside Eagle Observer/MIKE ECKELS A solid wall of water moves toward Decatur July 27, ushering in several days of strong thunderstorms and much needed rain to the Northwest Arkansas area. 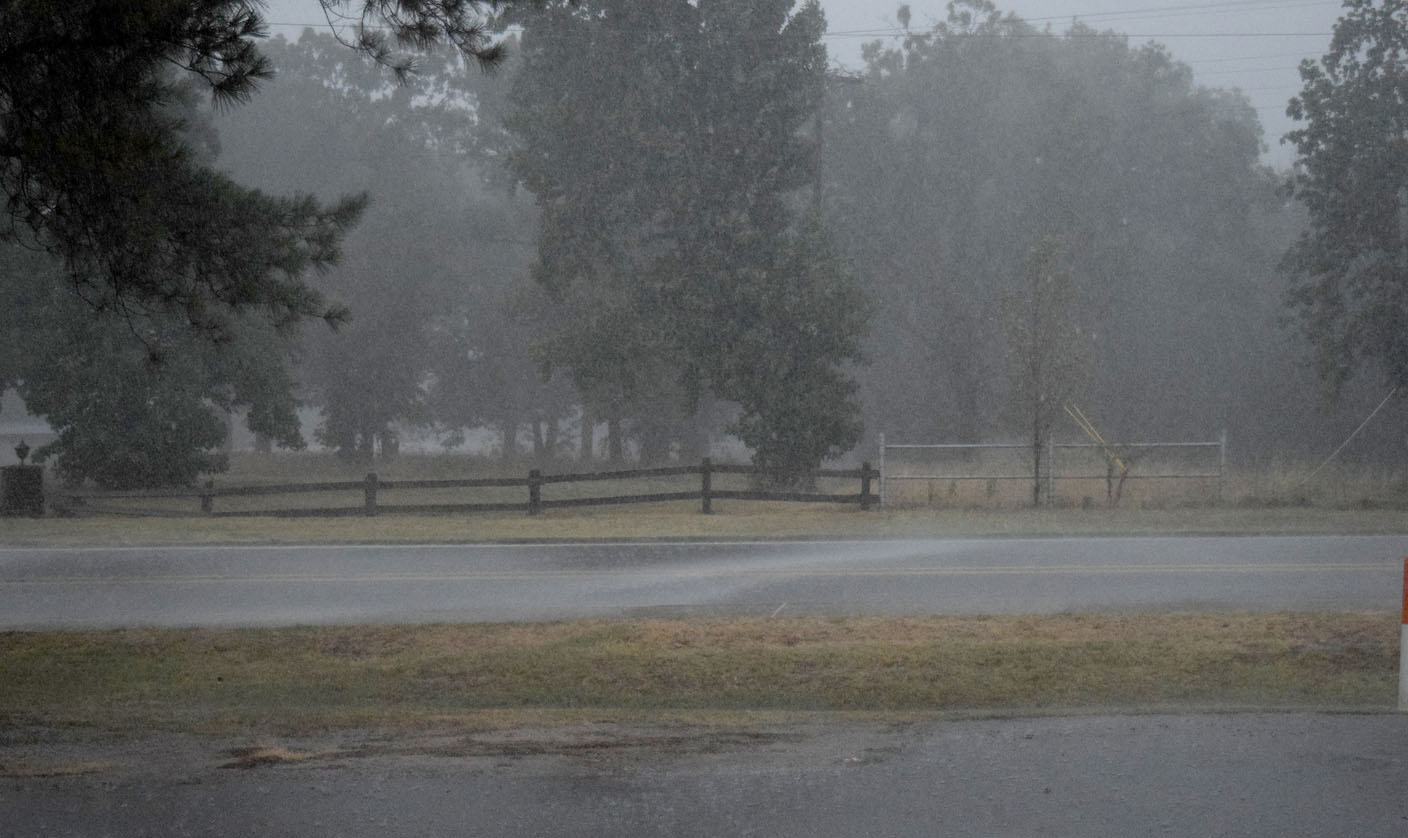 Westside Eagle Observer/MIKE ECKELS Sheets of rain blow across Arkansas Highway 102 near Decatur Middle School on July 27 as a heavy thunderstorm brought lots of lightning, rain and strong gusty winds to the Decatur area. This storm ended a month-long dry spell without significant rainfall in the area. 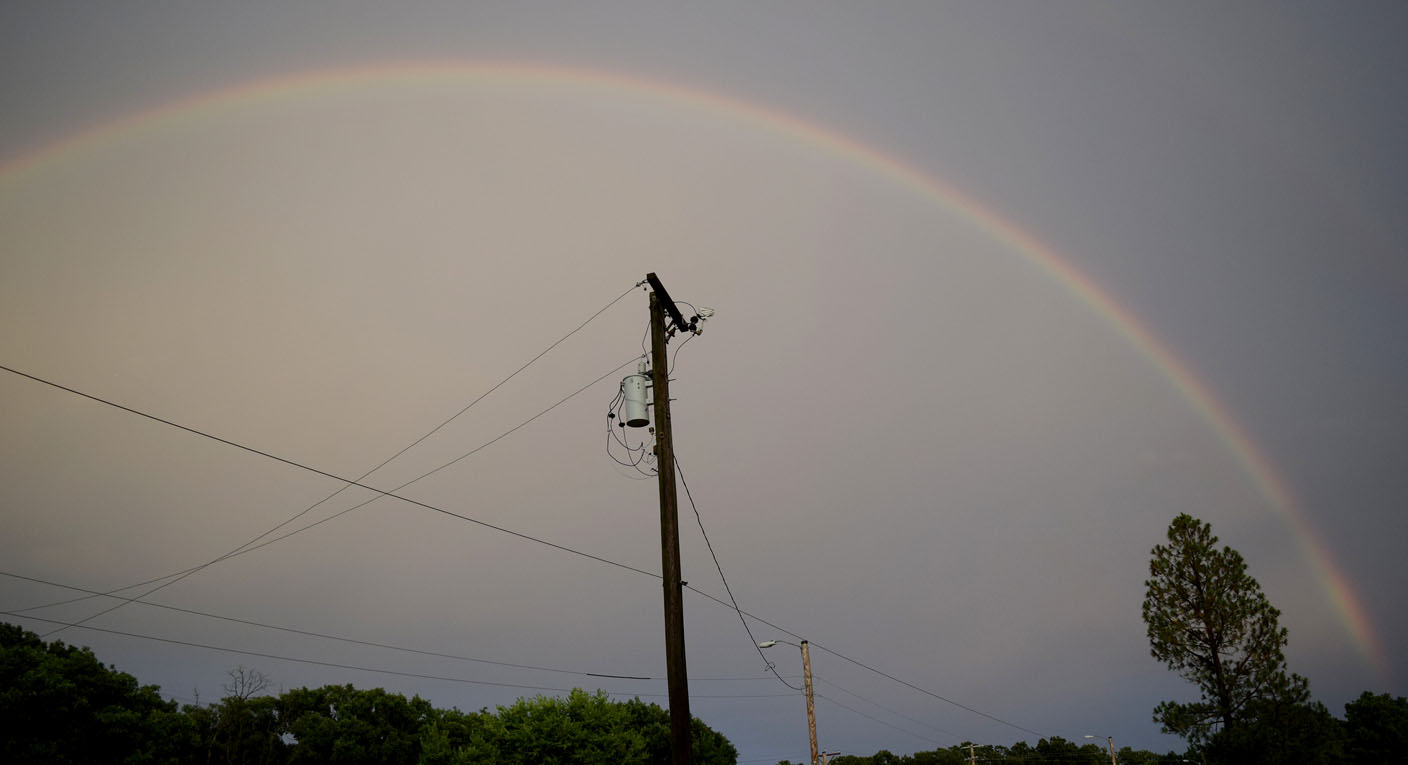 Westside Eagle Observer/MIKE ECKELS With the trailing edge of a heavy thunderstorm serving as a backdrop, a full double rainbow illuminates the eastern sky of Decatur July 27 after a strong storm moved through, depositing heavy rain over the area.