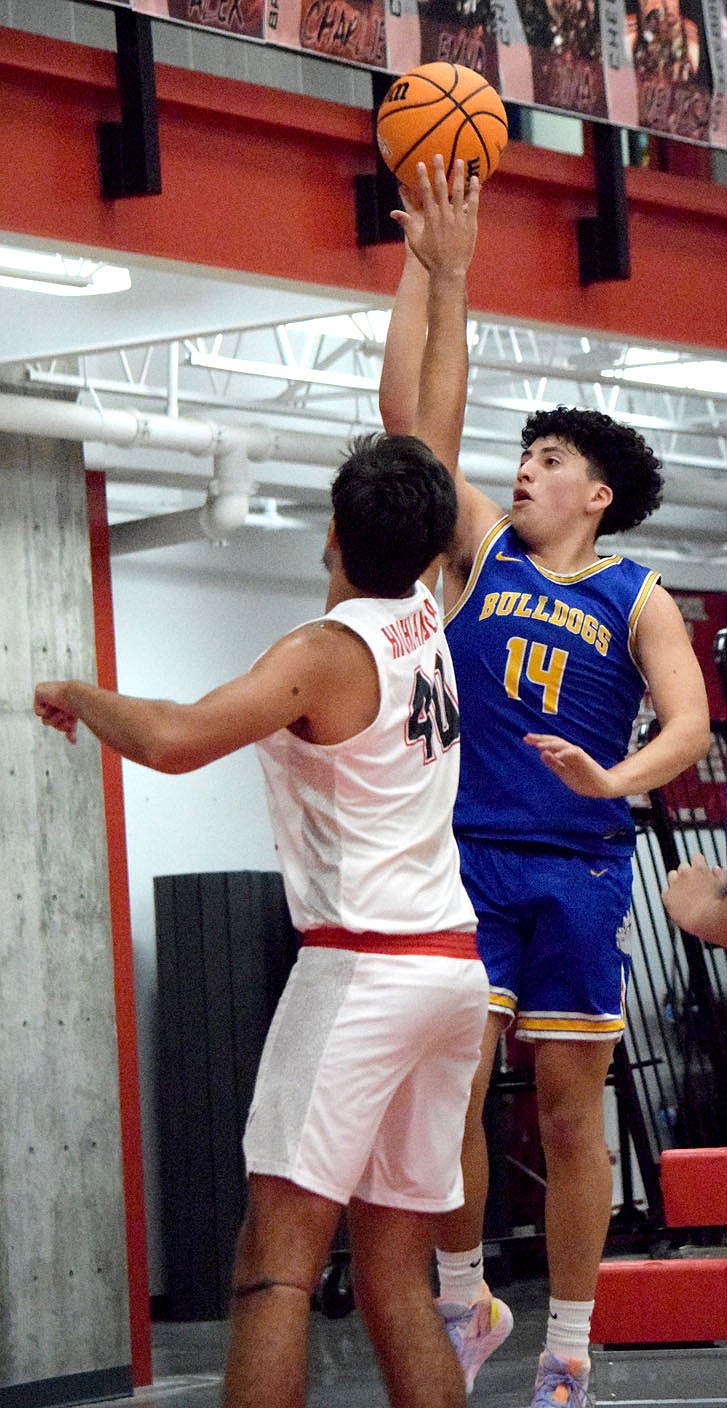 Westside Eagle Observer/MIKE ECKELS Bulldog JJ Herrera (14) tries to put up a shot over a Highlander defender during the third quarter of the Eureka Springs-Decatur basketball contest at Highlander Gym in Eureka Springs Nov. 29.

EUREKA SPRINGS -- The Decatur Bulldog varsity and junior high teams faced a strong offensive presence as the teams traveled to Eureka Springs on Nov. 29 for the first road contest of the season. In the end, it was the Highlanders' big man that did the Bulldogs in, while lack of experience and missed shooting opportunities cost the junior high team its win.

In the last contest of the night, the Decatur Bulldogs faced a much bigger Highlander team, including six-foot, 11-inch senior Shane Holloway. Holloway, playing center, was able to block several shots by the Bulldogs' big man, six-foot, three-inch Deegan Brooks.

The Bulldogs were in the running throughout much of the first quarter and into the second until a sudden shooting slump gave the Highlanders a sizeable lead going into the halftime break.

Decatur staged a rally late in the third quarter but, as happened in the first half, went into another shooting slump. The Eureka Springs Highlanders took the nonconference win, 53-30, over the Decatur Bulldogs.

Leading the Bulldogs' offensive fight was Jackson Montano with nine points, followed by JJ Herrera with five and Brooks with four points.

In the junior high boys game played earlier in the evening, the Bulldogs struggled with shooting through the 24-minute contest as the Highlanders took the win, 36-15.

Jason Bruffet led the way for the junior high Bulldogs with four points, followed by Bryan Thor with three. Brody Schopper, Allen Medel, John Colorado and Tylor Dowdy all had two points each. 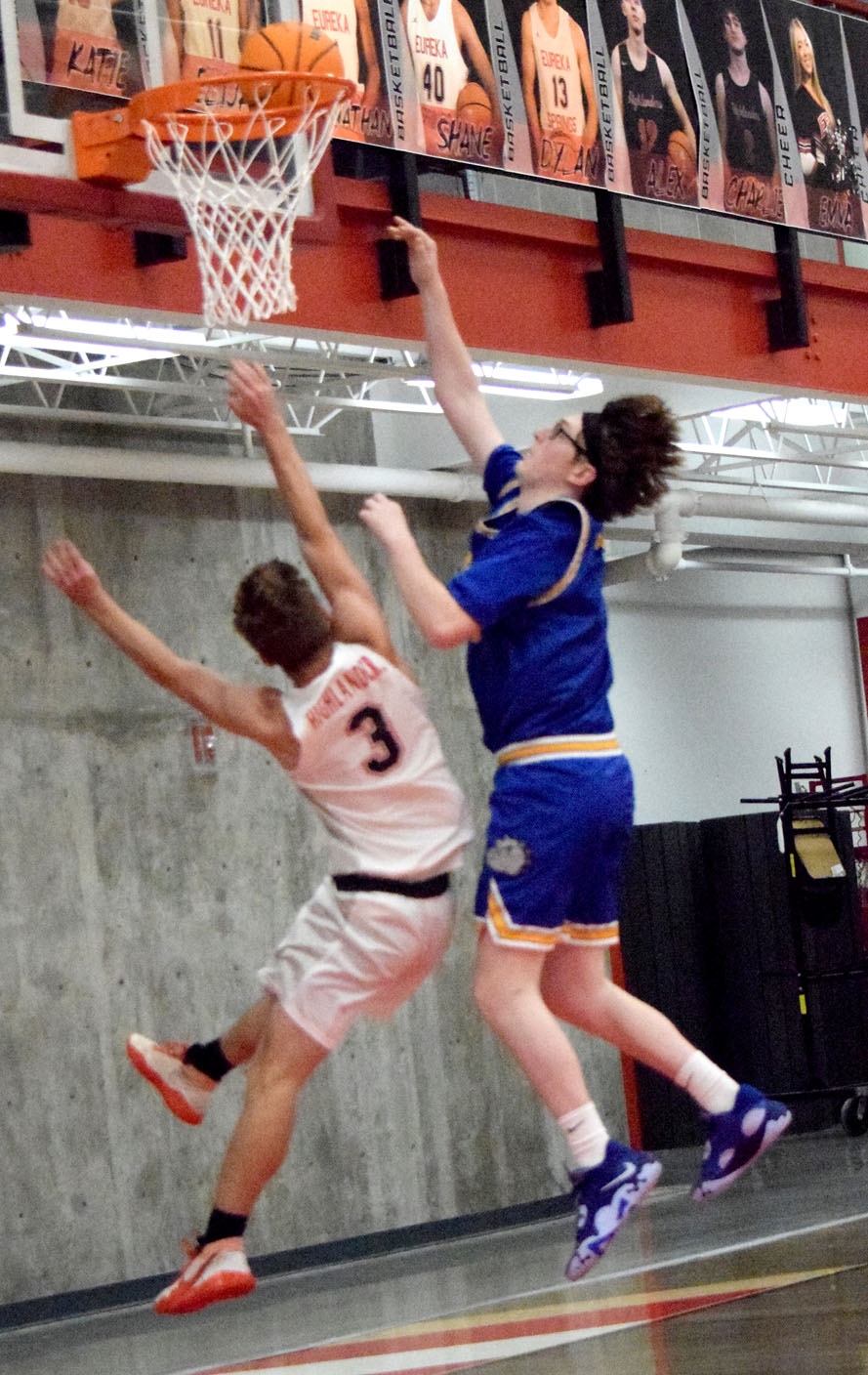 Westside Eagle Observer/MIKE ECKELS On the fly, Bulldog Ben Watkins put up a jumper that rolled into the basket during the Eureka Springs-Decatur varsity basketball contest in Eureka Springs on Nov. 29. The Highlanders took the nonconference win over the Bulldogs.