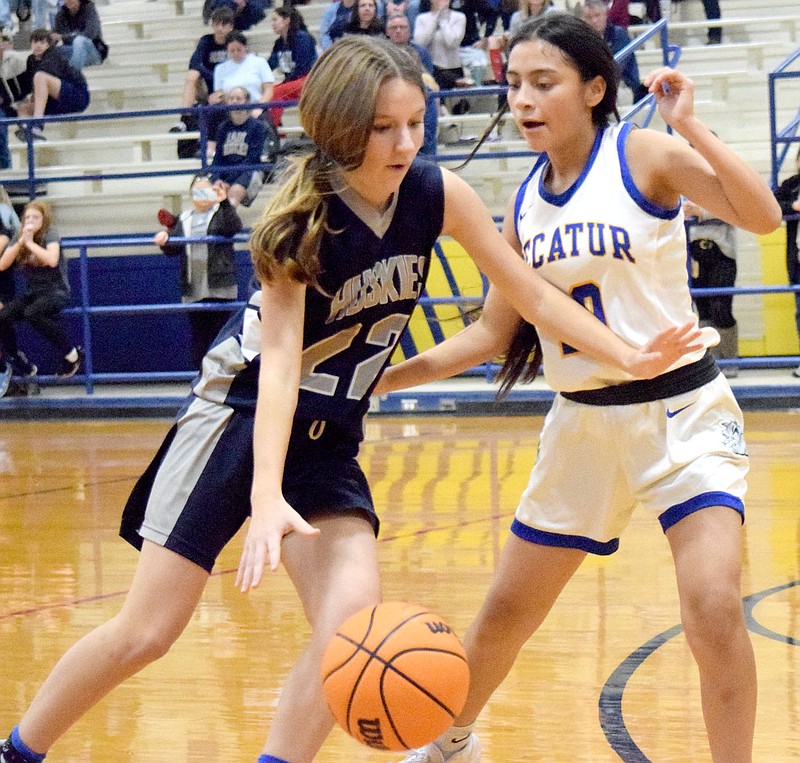 DECATUR -- Both the Decatur varsity and junior high girls had a winning week, beginning with Haas Hall-Bentonville on Nov. 28 and ending with the Haas Hall-Rogers on Thursday night.

The first contest pitted the varsity girls against the Haas Hall-Bentonville Lady Huskies at Peterson-Owens Fieldhouse in Decatur on Nov. 28. Decatur controlled the first half of play, holding the Lady Huskies scoreless while building a sizeable lead. The Lady Bulldogs continued to dominate the Lady Huskies for the remaining 16 minutes of the second half and took their first win of the week, 55-17, over the Lady Huskies.

Heaven McGarrah led the way with 18 points, followed by Shaylee Morales with 12. Jazmine Herrera put up three 3-pointers for a total of nine. Anette Hernandez led the team in rebounds, while Lindy Lee performed as a defensive specialist during the contest.

On the junior high side, the Lady Bulldogs also overwhelmed the Lady Huskies, 45-10. Daisy Fuentes led the scoring with 14 points.

The Lady Bulldog varsity returned to Peterson-Owens for the second home contest Thursday night for a non-conference contest with the Haas Hall-Rogers Lady Danes.

The Lady Bulldogs repeated their performance from Monday night by taking their second win of the week, 40-16, over the Lady Danes.

In this contest, Annabelle Bell led the scoring with 13. Heaven McGarrah was the only other Lady Bulldog in double figures with 10 points. Anette Hernandez hit a career-high seven points on the night, while teammates Jazmine Herrera and Shaylee Morales contributed four. Jackie Mendoza rounded out the scoring drive with two points.

The junior high girls also had a good night taking a 43 to 4 win over the Lady Danes.

In that contest, Lily Schopper was in double figures with 12 points, followed by Sunshine Thor with eight, Sydnie Brooks and Daisy Fuentes each had seven points, Onna Montano scored her first points with three. Rounding out the scoring was Brooklyn Boyd, Kaylen Cruz and California Herrington, each with two.

The junior high Lady Bulldogs also defeated the Life Way Lady Warriors Friday night to end the week with four wins, including one on the road in Eureka Springs on Nov. 29.

The Decatur Lady Bulldogs were not so lucky, losing to Life Way Christian, 55-28. 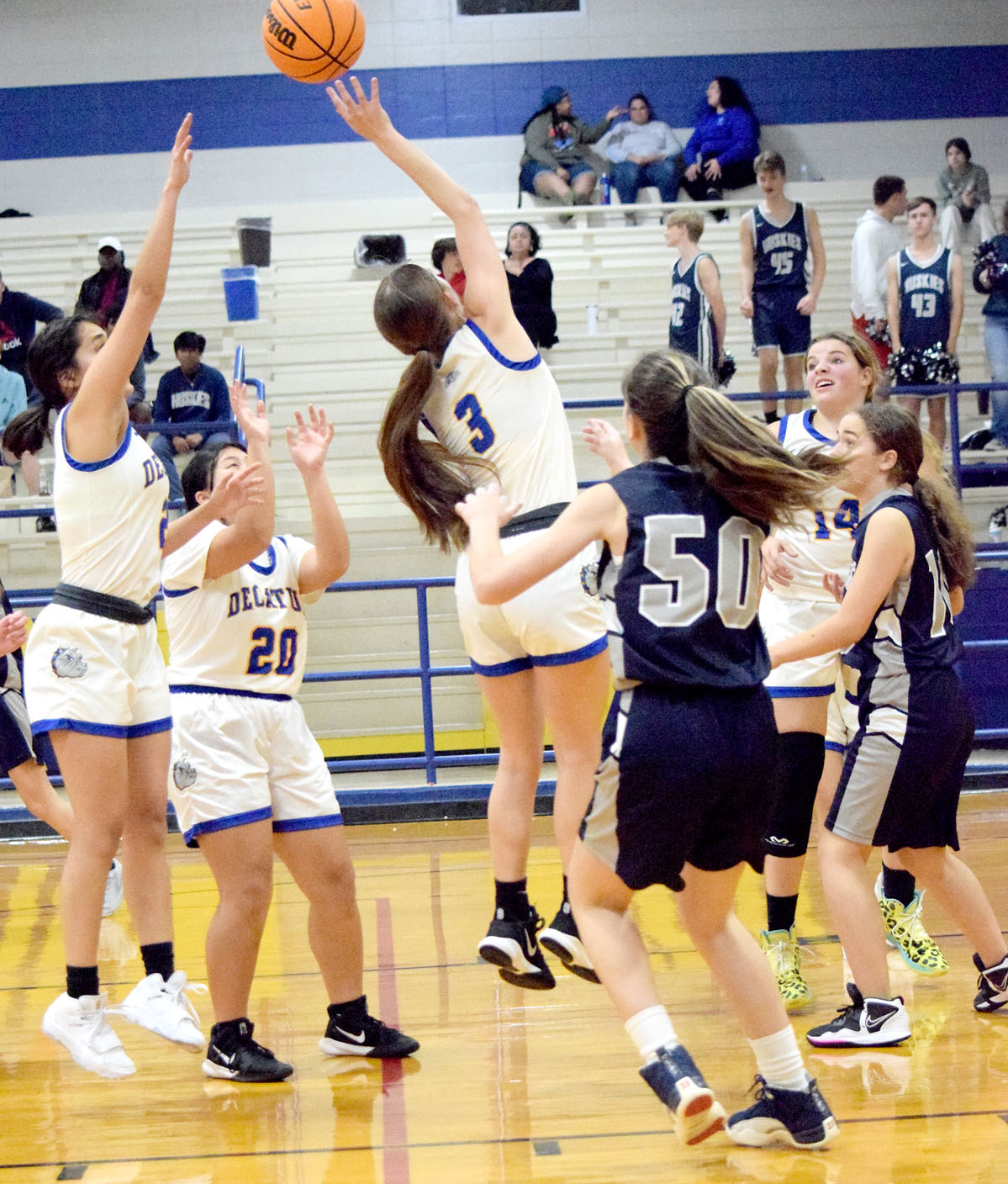 Westside Eagle Observer/MIKE ECKELS Lady Bulldog Heaven McGarrah (3) tips the ball over her head and back to teammates Lindy Lee (20) and Jazmine Herrera (2) during the Decatur-Haas Hall-Bentonville contest in Decatur Nov. 28. 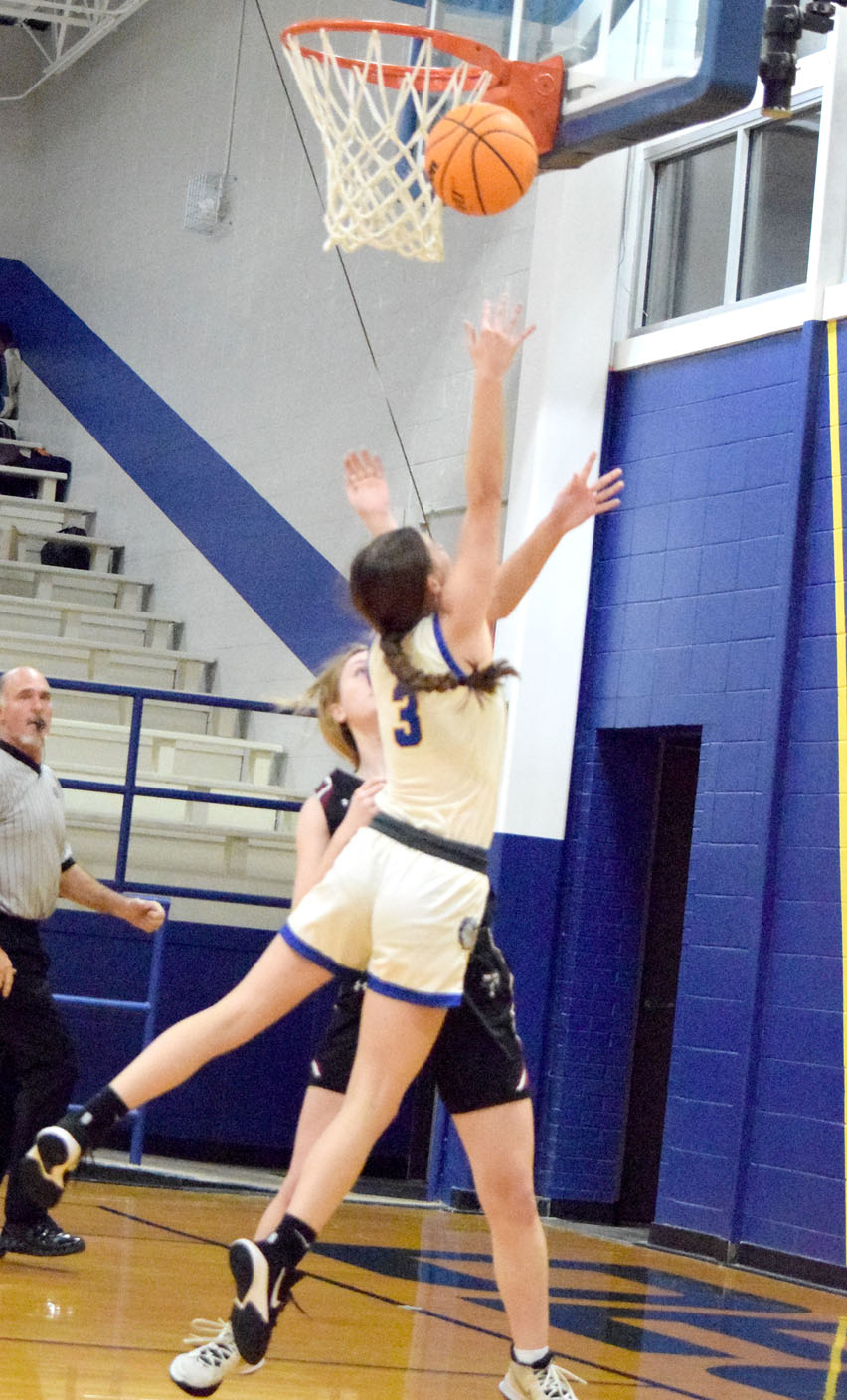 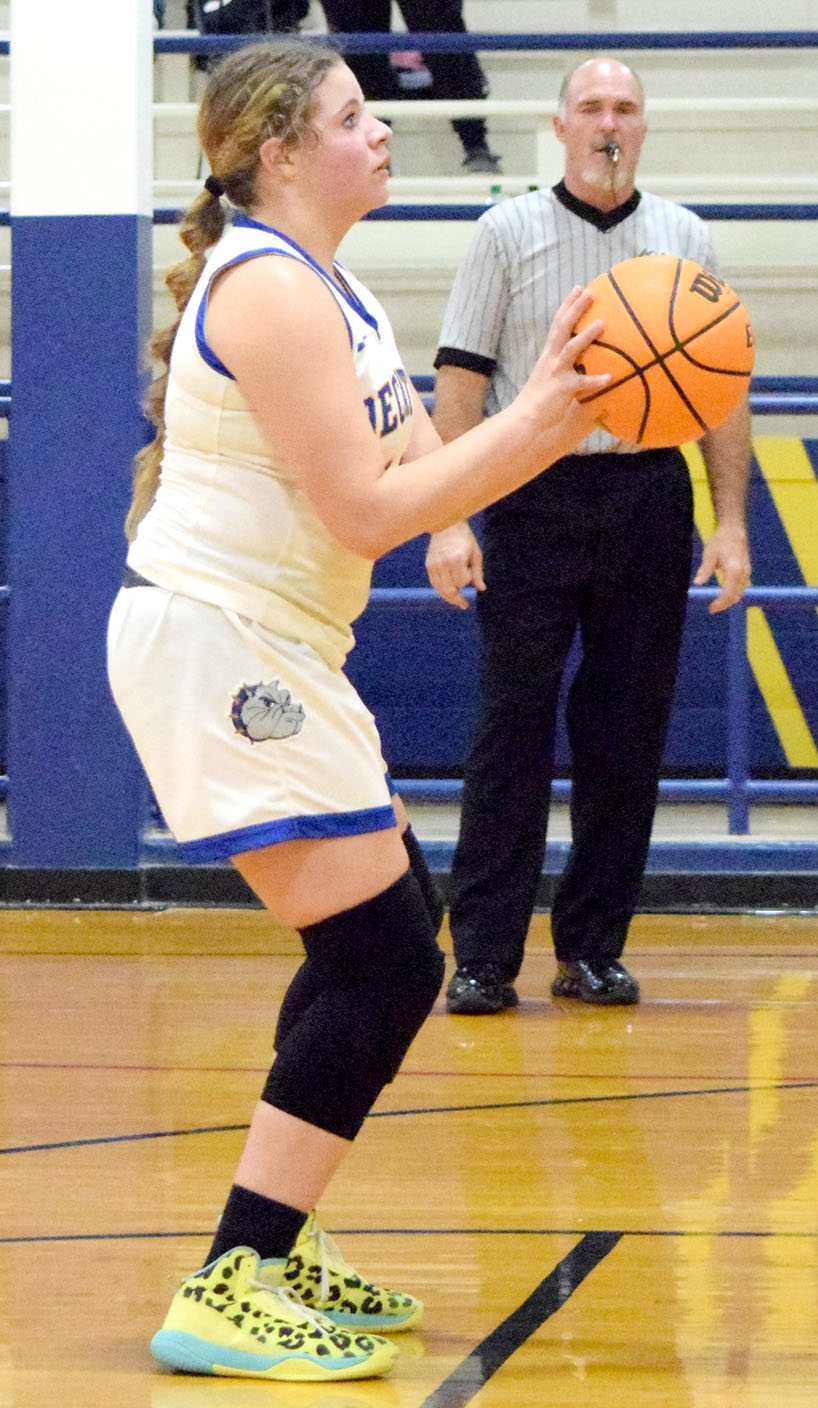