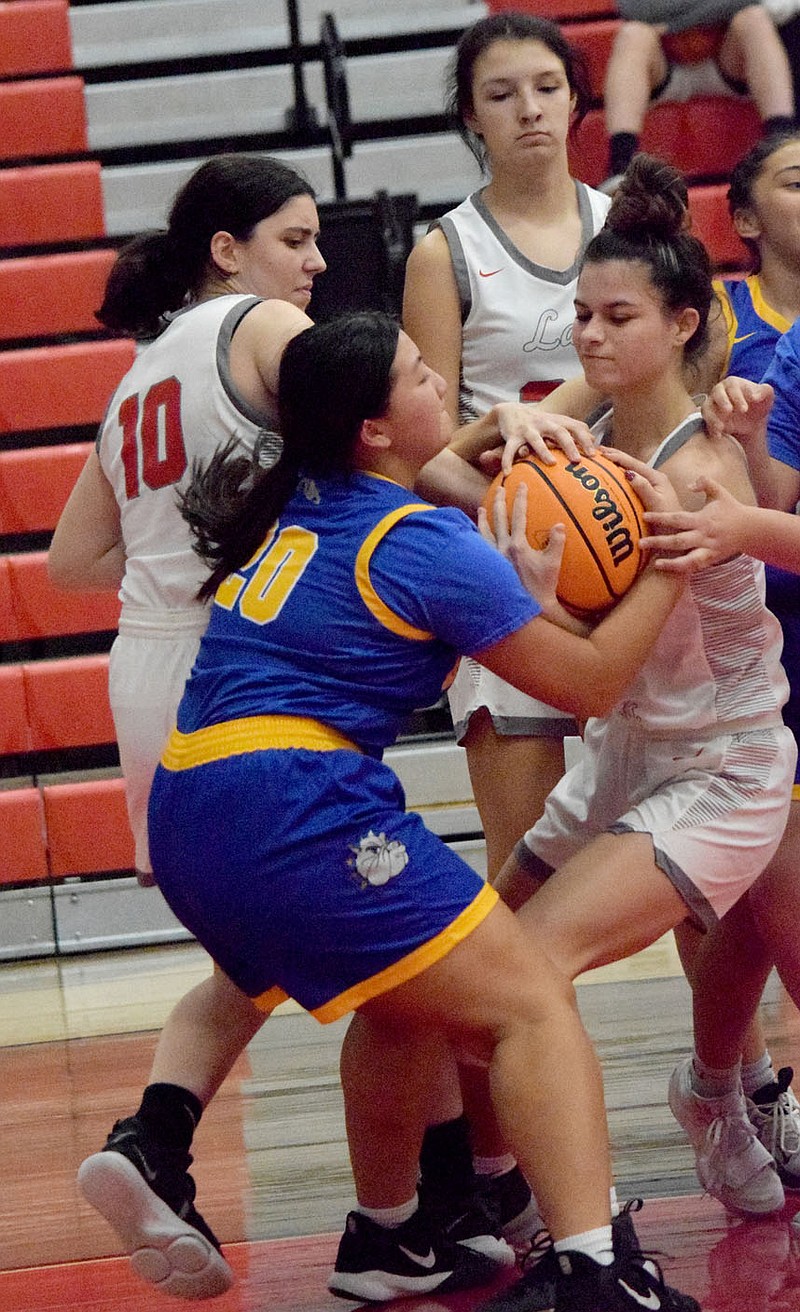 Westside Eagle Observer/MIKE ECKELS Lady Bulldog Lindy Lee and a Highlander player fight for control of the basketball during the Nov. 29 Eureka Springs-Decatur basketball contest in Eureka Springs. Eventually, an official called a jump ball which went to Decatur.

EUREKA SPRINGS -- In their first away games of the season, the Lady Bulldog and junior high teams traveled to Eureka Springs on Nov. 29 to take on the Lady Highlanders in a nonconference contest. For one team, victory was assured; for the other, it had its first loss on the road.

In the first game of the night, the junior high Lady Bulldogs, led by Daisy Fuentes and Lily Schopper, quickly gained control of the contest early in the first quarter. The Lady Highlanders were never able to catch Decatur as the junior high team took the win, 37-16.

Leading the way was Daisy Fuentes with 16 points and eight rebounds, followed by Sydnie Brooks with nine, Lily Schopper with eight, Leslie Hernandez and California Herrington, each with two points.

The Lady Bulldog varsity was up later in the evening. Because of unforeseen events earlier in the day, the Decatur girls were limited to only six players instead of their regular eight. This played a big role in the outcome of the contest.

Eureka Springs wasted no time in establishing control of the first quarter, jumping out in front by 10 going into the second quarter. Decatur was still in the contest at this point but the six players quickly began to wear down, and the Lady Highlanders took full advantage of this.

Heaven McGarrah led the way for the Lady Bulldogs with seven points and five rebounds, followed by Shaylee Morales with four points and Anette Hernandez with two points and four rebounds. 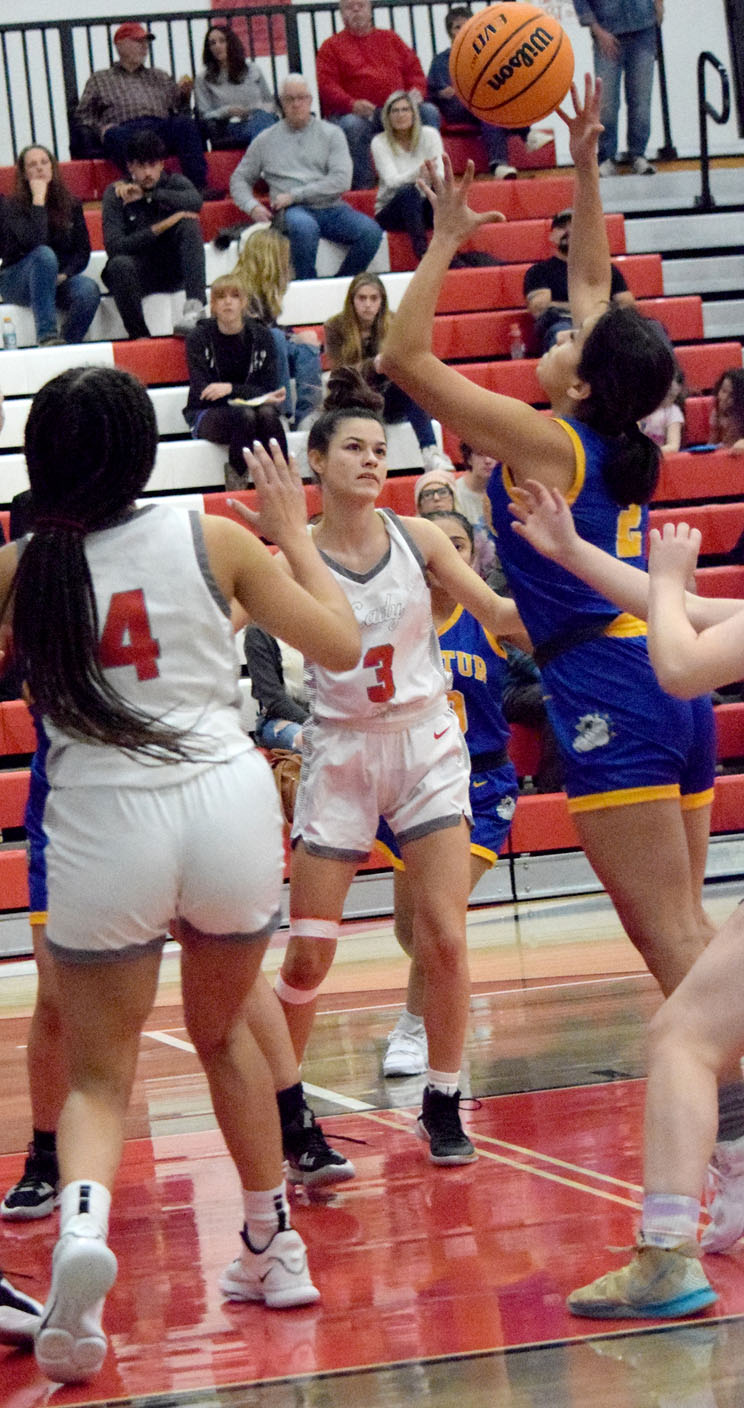