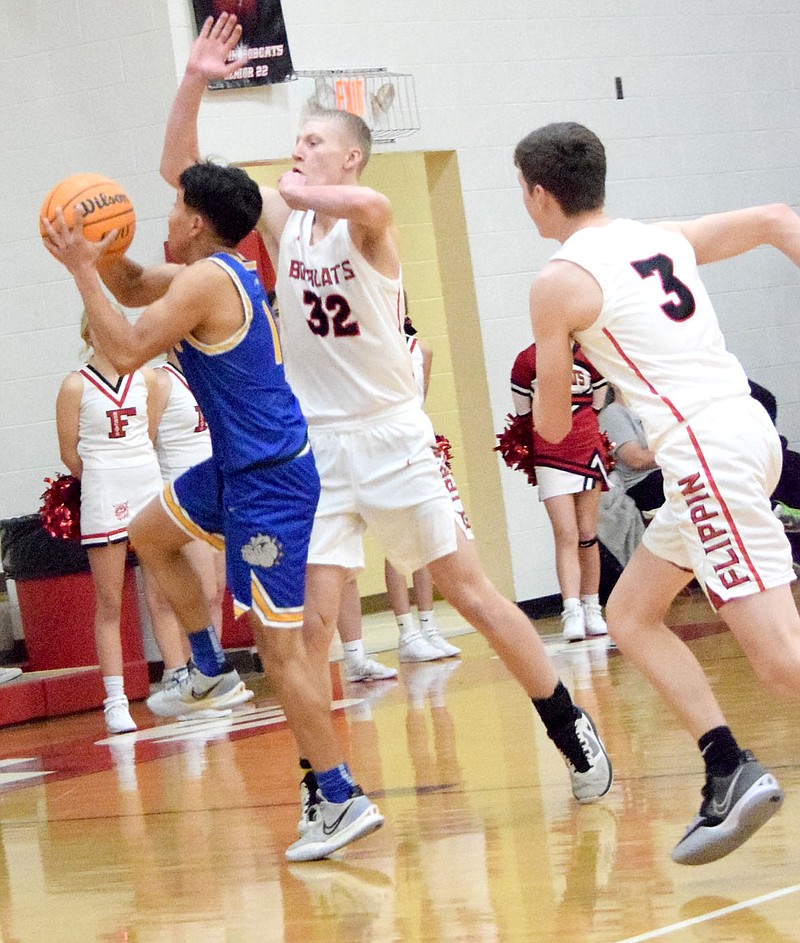 Westside Eagle Observer/MIKE ECKELS Enrique Rubi (left) slips past a pair of Bobcat defenders on his way to the basket during the Flippin-Decatur conference contest in Flippin Dec. 4.

FLIPPIN -- After losing to the Pioneers the night before, the Decatur Bulldogs hit the road on Jan. 4 for a long road trip to Flippin to take on the Bobcats in the only conference contest of the week. It did not end well for the Bulldogs, as the Bobcats took the win by 18 points.

After a three-hour bus ride from Decatur to Flippin, the Bulldog varsity had two hours to rest before suiting up for the final game of the night in the gym at Flippin High School.

To the Bobcats' surprise, the Bulldogs were able to put up three straight three-pointer field goals to take the lead, 9-0. A free throw put Flippin on the board with Decatur still leading by eight at the 3:09 mark in the first quarter. A timeout by the Flippin coach changed the momentum from Decatur to Flippin as the team pulled to within three of the Bulldogs by the end of the quarter.

By the halfway mark of the second quarter, the Bobcats took the lead from the Bulldogs and Decatur never led again. The Flippin Bobcats took the conference win, 59-41, over the Decatur Bulldogs. 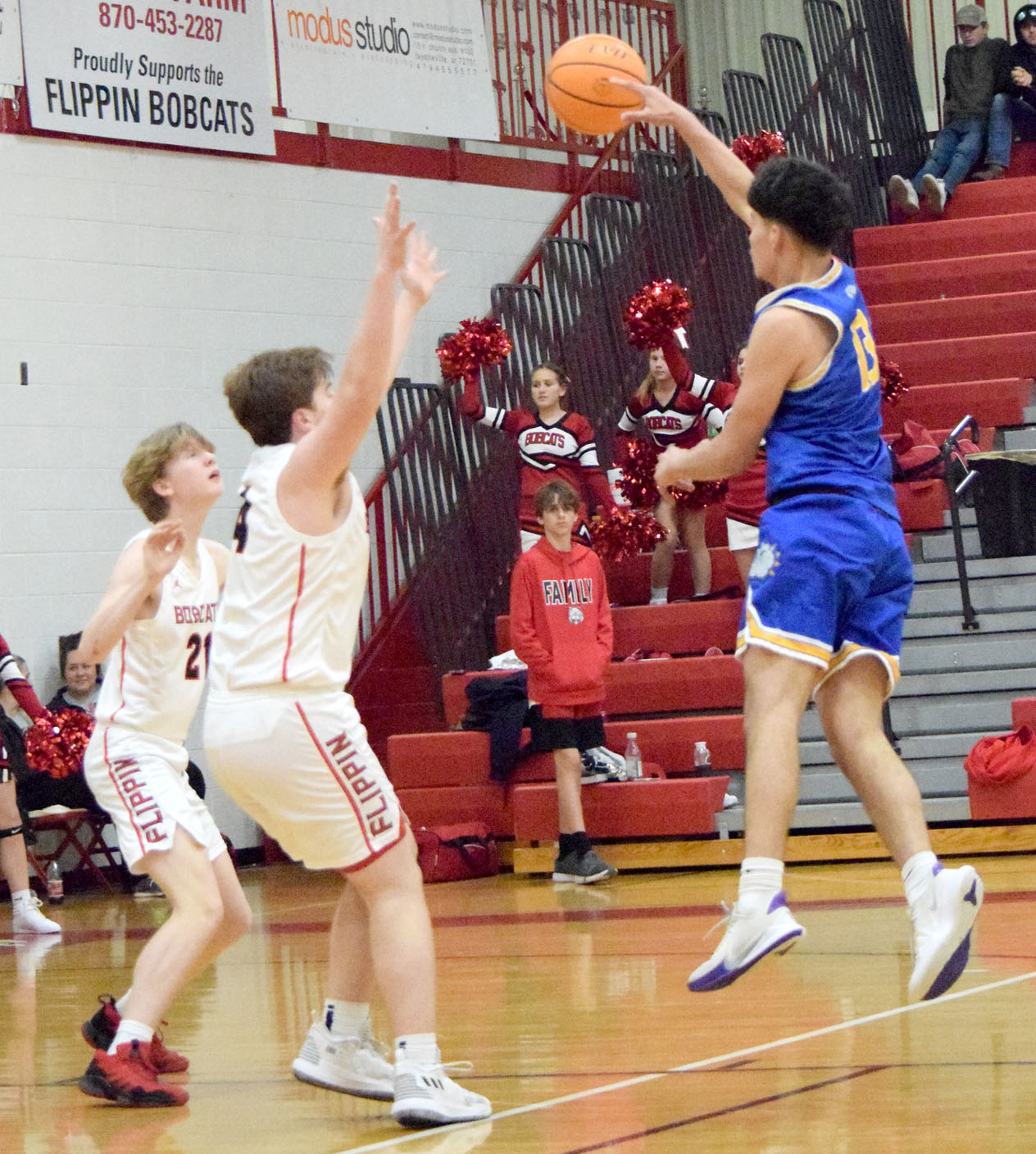 Westside Eagle Observer/MIKE ECKELS Spotting a teammate near the basket, Bulldog Edgar Herrera (right) passes over a pair of Bobcat defenders during the fourth quarter of the Flippin-Decatur conference basketball contest in the gym at Flippin High School Dec. 4. The Bobcats took the win 59-41 over the Bulldogs. 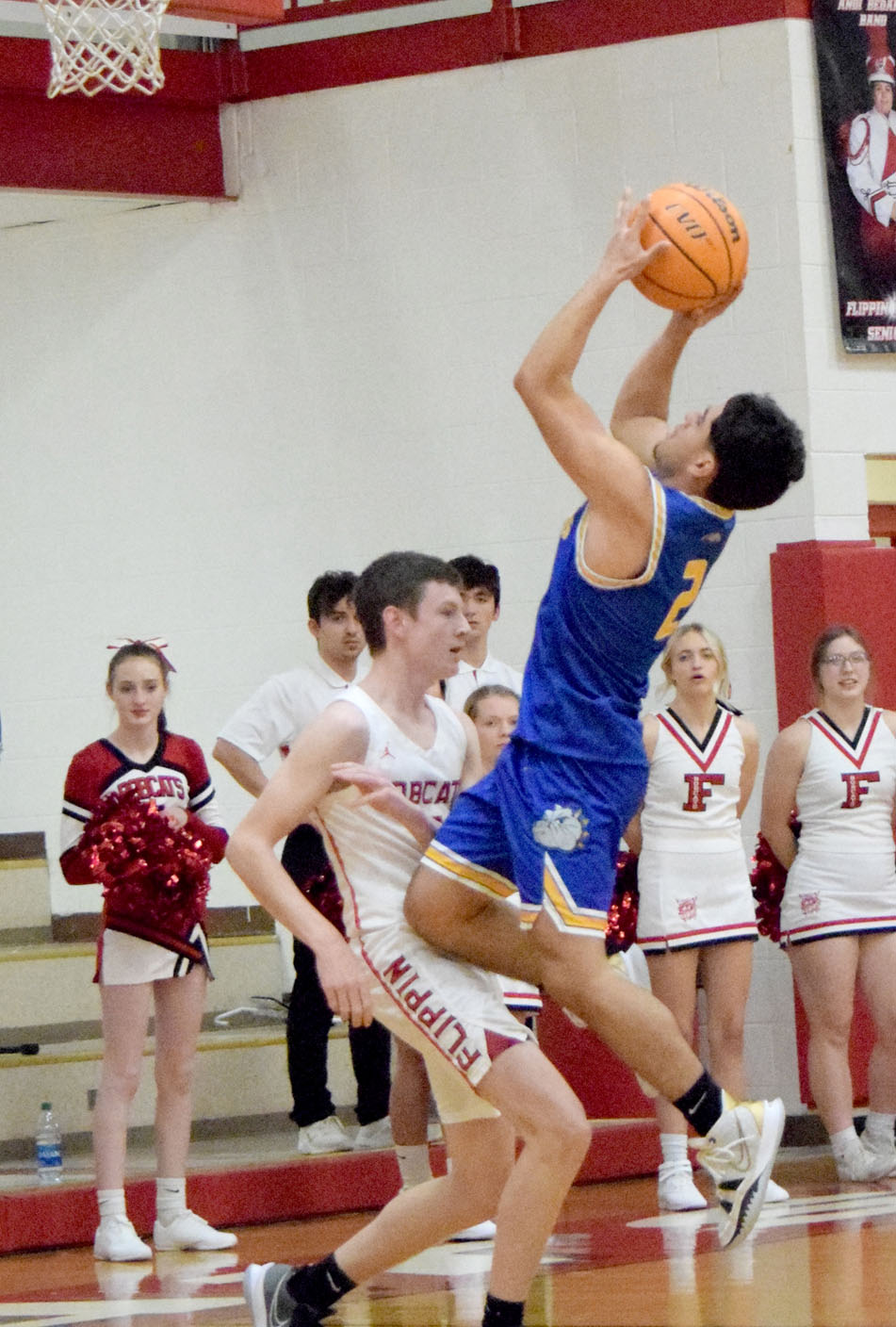 Westside Eagle Observer/MIKE ECKELS Andres Revolorio (right) goes up for a long jumper as a Bobcat player tries to block during the Flippin-Decatur varsity boys contest in the gym at Flippin High School Jan.4. The Bobcats defeated the Bulldogs 59-41 for the conference win.