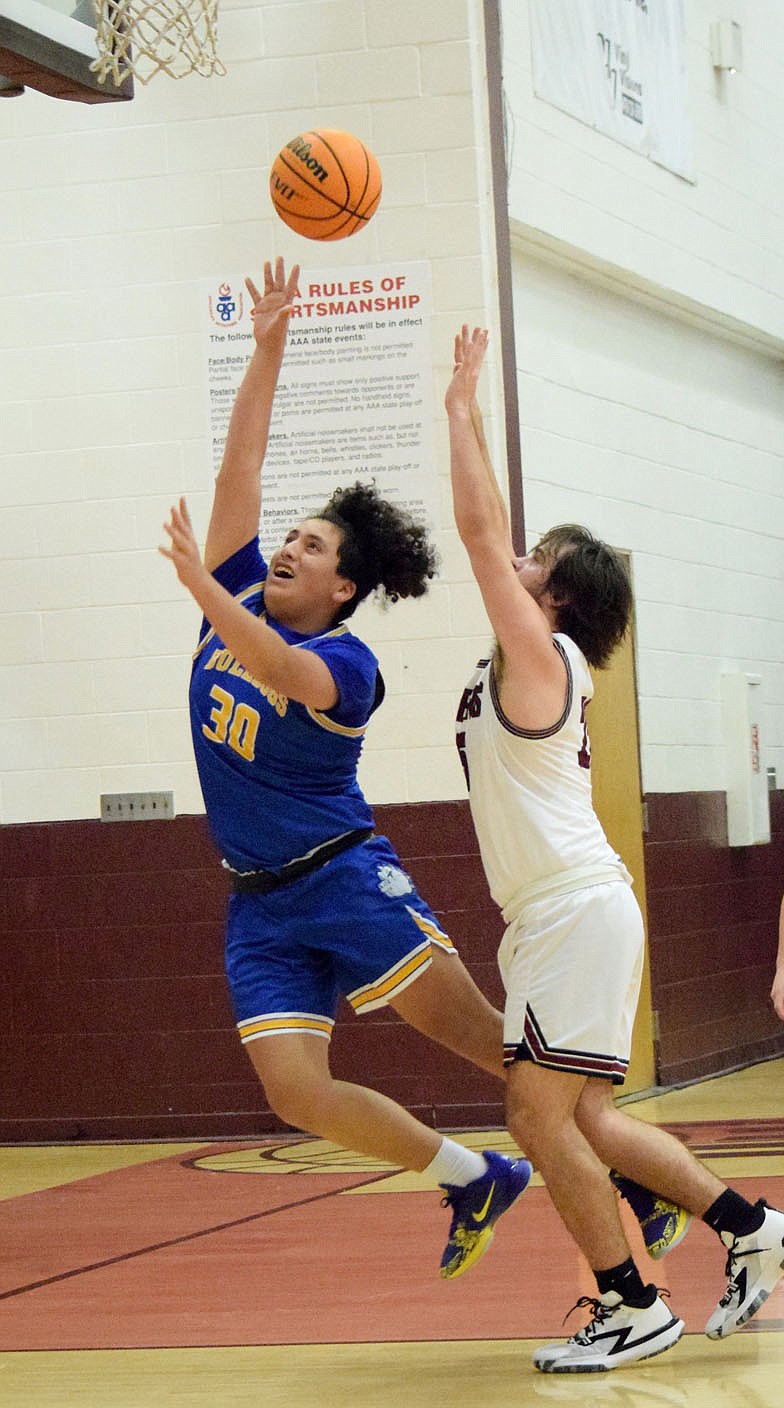 Westside Eagle Observer/MIKE ECKELS Bulldog JJ Herrera (30) goes for a layup ahead of a Pioneer defender during the third quarter of the Gentry-Decatur basketball game at Pioneer Gym in Gentry Jan. 3.

GENTRY -- In the first contest of the week, on Jan. 3, the Decatur Bulldogs made one of their shortest trips of the season when they traveled to Pioneer Gym in Gentry for a nonconference contest with the 4A Pioneers. In the end, the Pioneers reaped the benefits of a win over the Bulldogs.

Decatur's offense ran into a little trouble against a strong Gentry defense which held them to a single field goal throughout the second quarter. The Pioneers went into the half time break leading the Bulldogs, 23-8.

The Bulldogs were never able to recover during the second half and the Gentry Pioneers took the win, 54-20, over Decatur. 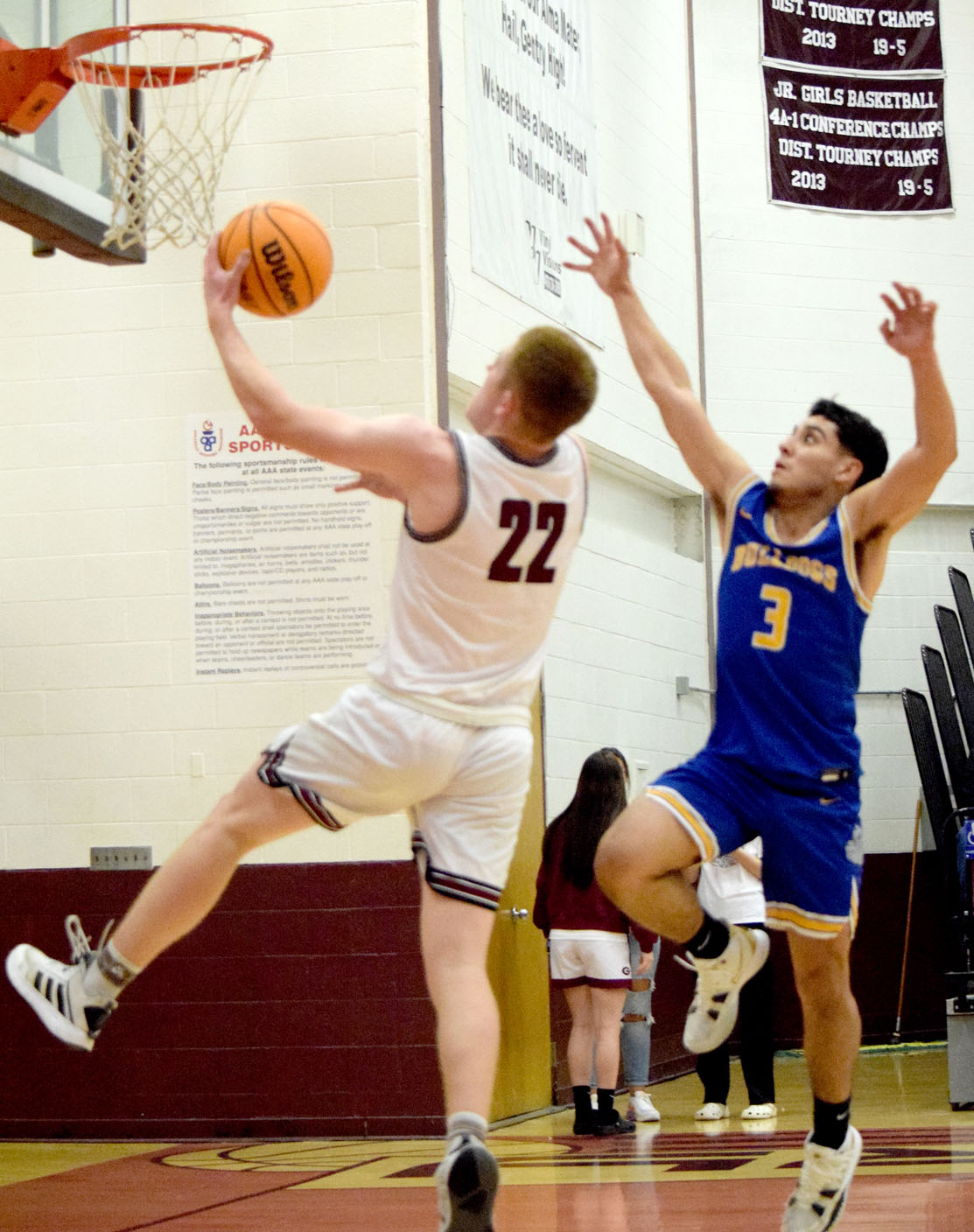 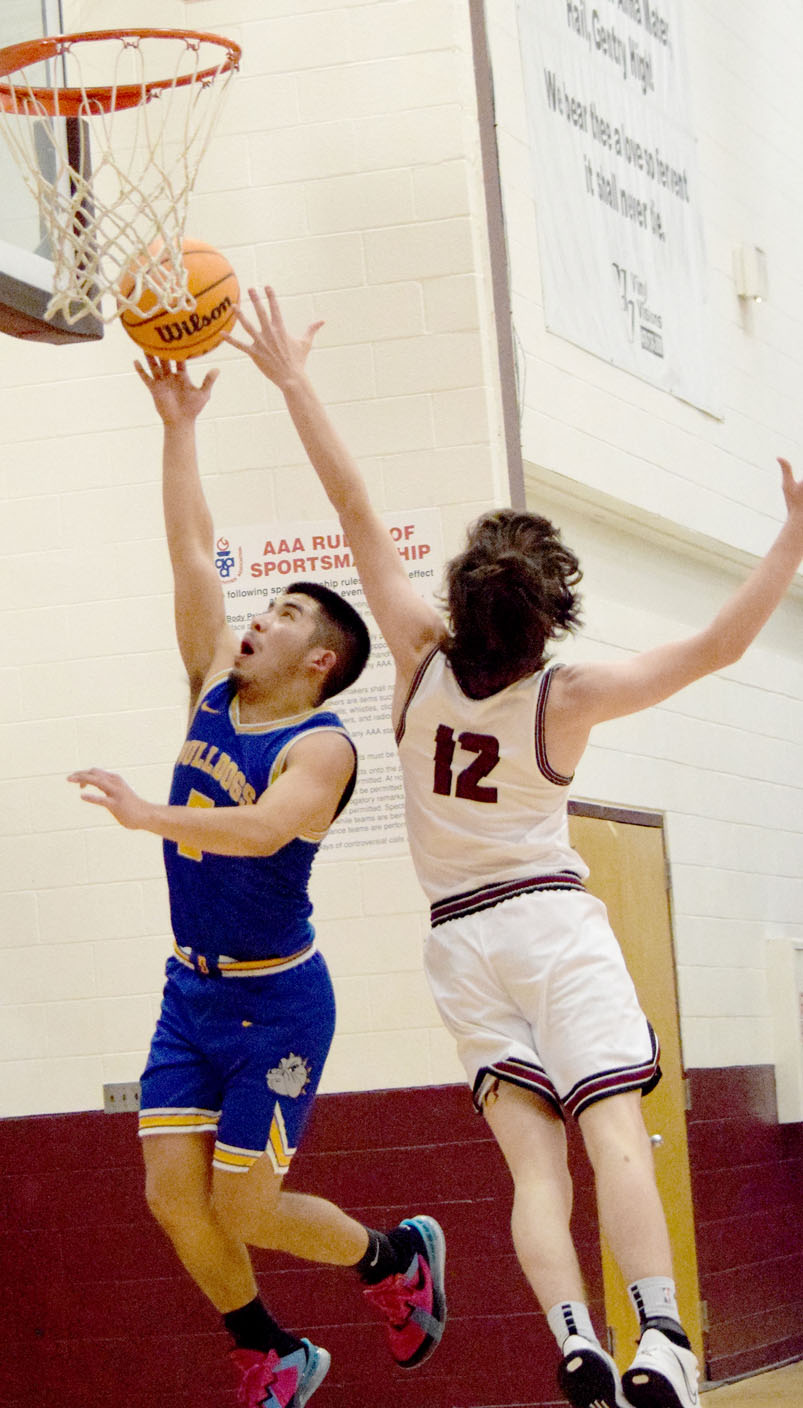