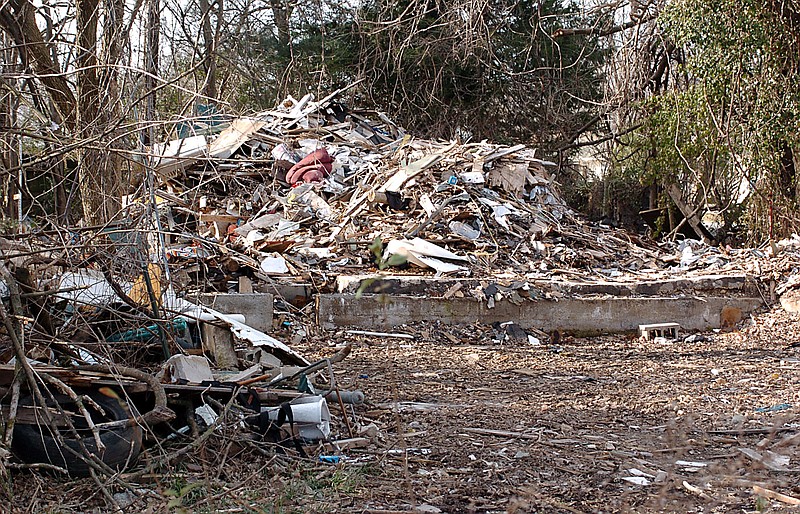 Westside Eagle Observer/RANDY MOLL A considerable amount of cleanup work remained on Friday at a condemned property located at 117 N. Smith Avenue in Gentry. The city council, on Jan. 3, voted to accept a contractor's bid to clean up the property.

GENTRY -- The city council in Gentry, at its Jan. 3 meeting, voted to move forward with the cleanup of a previously condemned property, annexed another property and voted to continue the city's agreement with the Main Street Gentry Association for services relating to economic development and community relations.

The council voted to approve the low bid of Paul Smith Excavation of Siloam Springs for $10,000 to clean up a property located at 117 N. Smith Avenue in Gentry which had been condemned by the city for code violations. Two other bids were received for the cleanup.

The property was condemned by the council at its May 3, 2021, meeting, allowing the owner 60 days to correct the city code violations. Though the buildings there have been demolished, the debris had yet to be removed as of the Jan. 3 council meeting.

Among items originally cited as code violations are accumulated rubbish inside and outside of the buildings, broken and boarded up windows, boarded up doors, inoperative plumbing and electrical systems, a sagging roof and structures harboring rodents and raccoons.

The council passed on three readings an ordinance annexing lands in the Ozark Orchard Company subdivision belonging to Simmons Foods Inc., Danton Paul and Angela Newsom, and Robert and Connie Spickelmier and assigning them to Ward 1 in the city. The land is located on the north edge of Gentry, along Arkansas Highway 59 and south of Peterson Road.

The council, by resolution, authorized the city's mayor and director of finance to execute an agreement with the Main Street Gentry Association to provide to the city services related to economic development and community relations for an annual fee of $40,000. This is the fourth year the city has approved such an agreement. The fee was also $40,000 in 2020 and 2021 but $35,000 in 2019.

Also approved by the council were resolutions amending the 2021 budget to reflect actual income and expenditures for the year, a resolution reappointing Danny Feemster and Paul Church to the city's planning and zoning commission and another setting the meeting schedule for 2022 with meetings at 6:30 p.m. on the first Monday of each month, with the exceptions of monthly meetings moved from first Mondays to July 11 and Sept. 12 this year and Jan. 9 in 2023. The exceptions were caused by legal holidays on the regular meeting dates.

After some discussion regarding allowing public comment, procedural rules and formats for council meetings were left unchanged for 2022. However, the council may amend the rules and format at any time during the year if it sees a need to do so.

Johnston said he left council assignments the same, except for the replacement of Kristi Reams with David Page. Page was appointed to fill the remainder of Reams' term on the council when she moved out of the ward she represented. 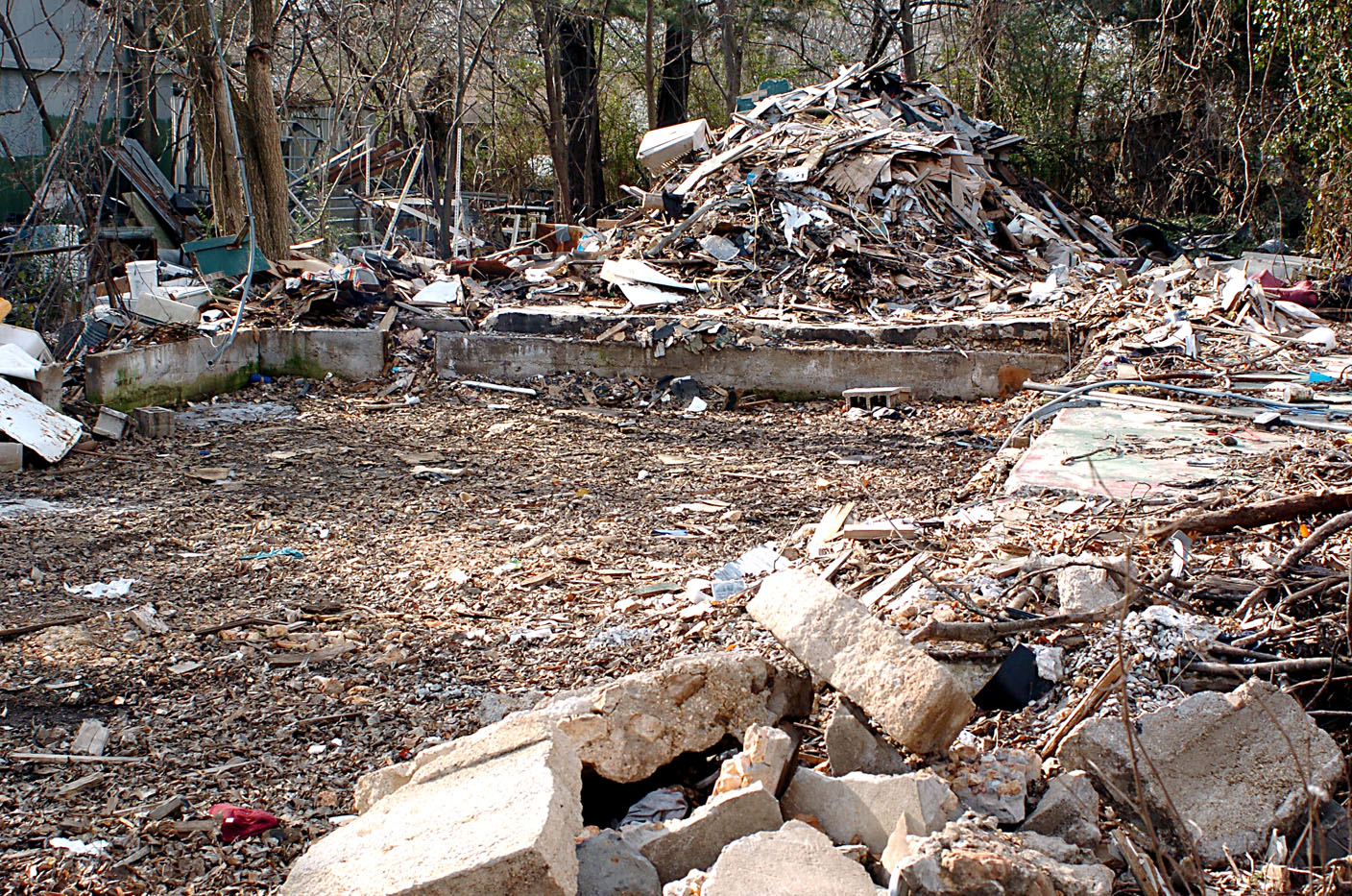 Westside Eagle Observer/RANDY MOLL A considerable amount of cleanup work remained on Friday at a condemned property located at 117 N. Smith Avenue in Gentry. The city council, on Jan. 3, voted to accept a contractor's bid to clean up the property.