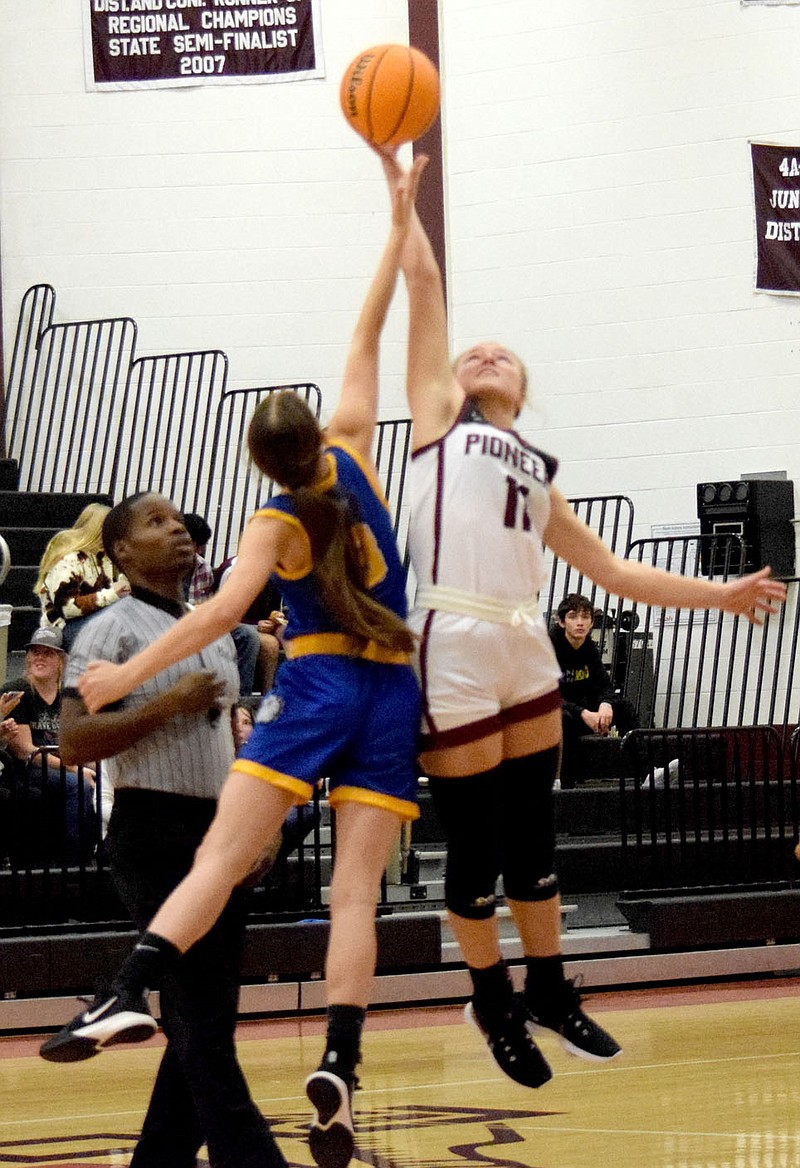 Westside Eagle Observer/MIKE ECKELS Lady Pioneer Kaitlyn Caswell (11) gets a hand on the ball as she and Lady Bulldog Heaven McGarrah (1) tip-off to start the Gentry-Decatur nonconference basketball contest at Pioneer Gym in Gentry Jan. 3.

The Lady Bulldogs had a little trouble getting the ball to drop through the hoop at times, which allowed the Lady Pioneers to extend their lead, but not before Decatur staged a short run that kept the Lady Bulldogs in the contest. By the halftime break, Gentry was holding a 28-13 lead over Decatur.

While the Lady Bulldogs put up a strong defense in the third quarter, it was far from enough to stave off the strong Lady Pioneer offense and Gentry built a 49-17 lead going into the final eight minutes of the contest. 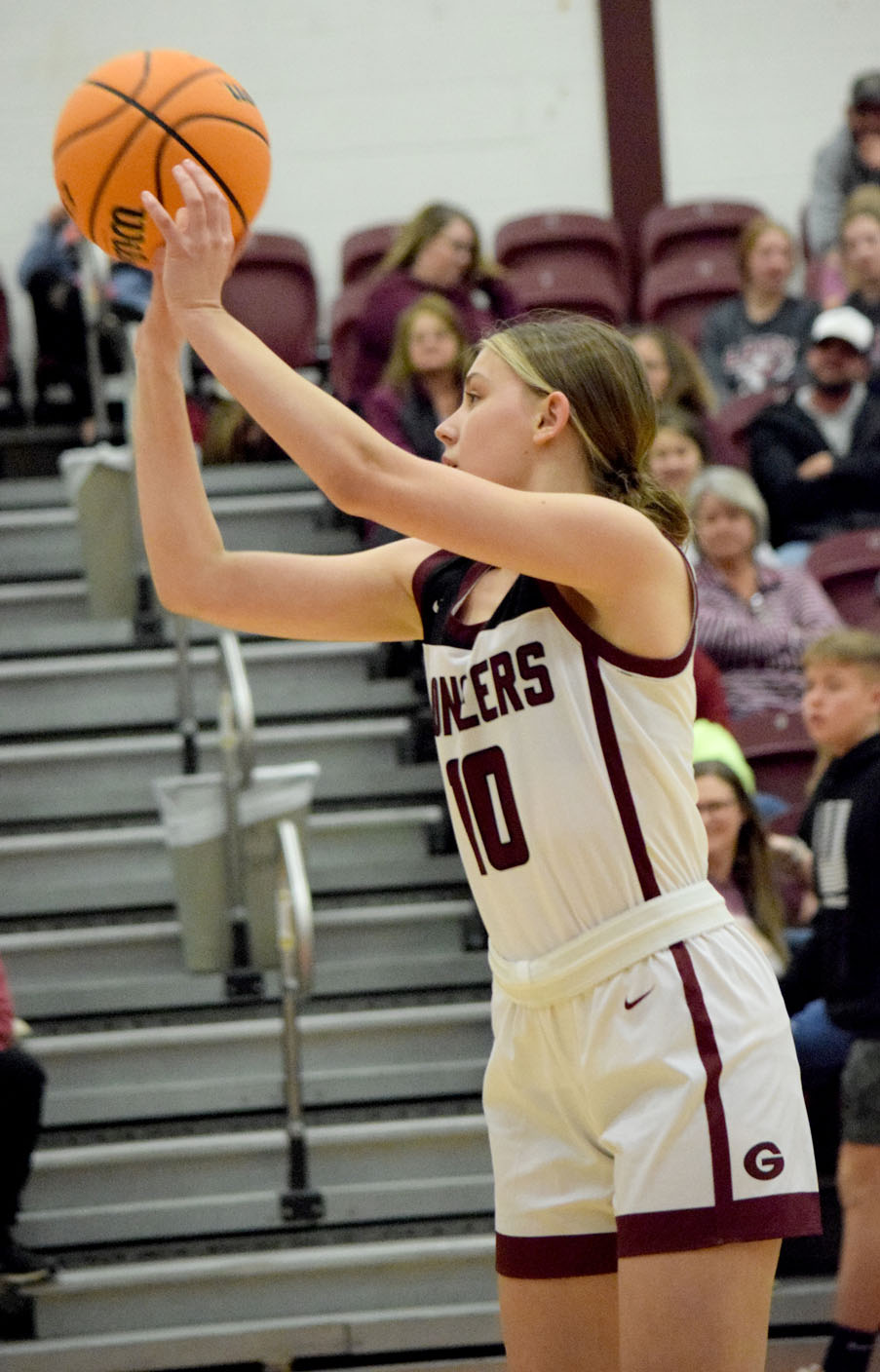 Westside Eagle Observer/MIKE ECKELS Shelby Still puts up a free throw for the Lady Pioneers during the Gentry-Decatur basketball contest at Pioneer Gym in Gentry Jan. 3. 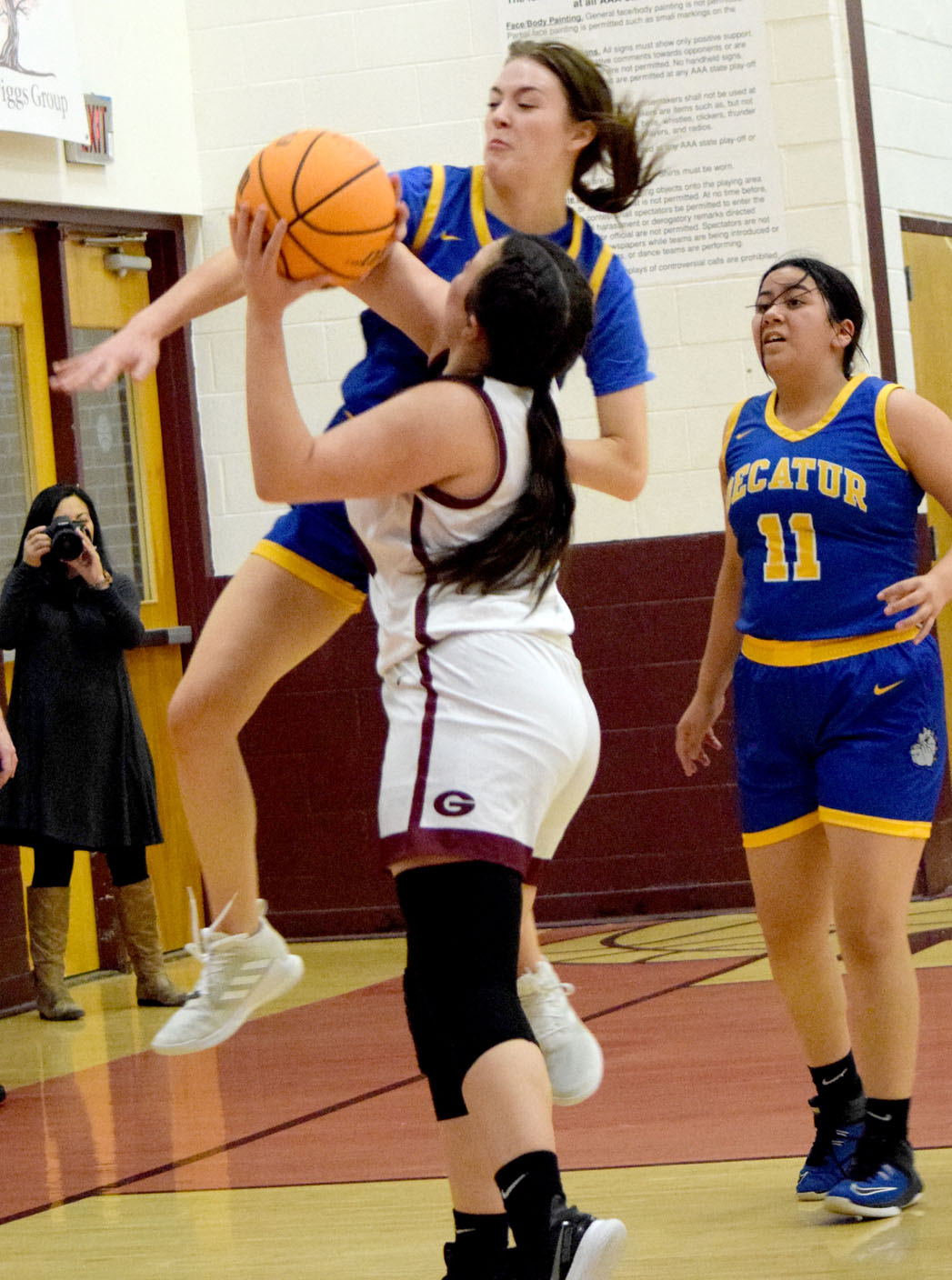 Westside Eagle Observer/MIKE ECKELS Lady Bulldog Brooklyn Todd (left) jumps in front of a Lady Pioneer shooter to prevent a clear route to the basket during the first quarter of the Gentry-Decatur varsity basketball contest in Gentry Jan. 3. 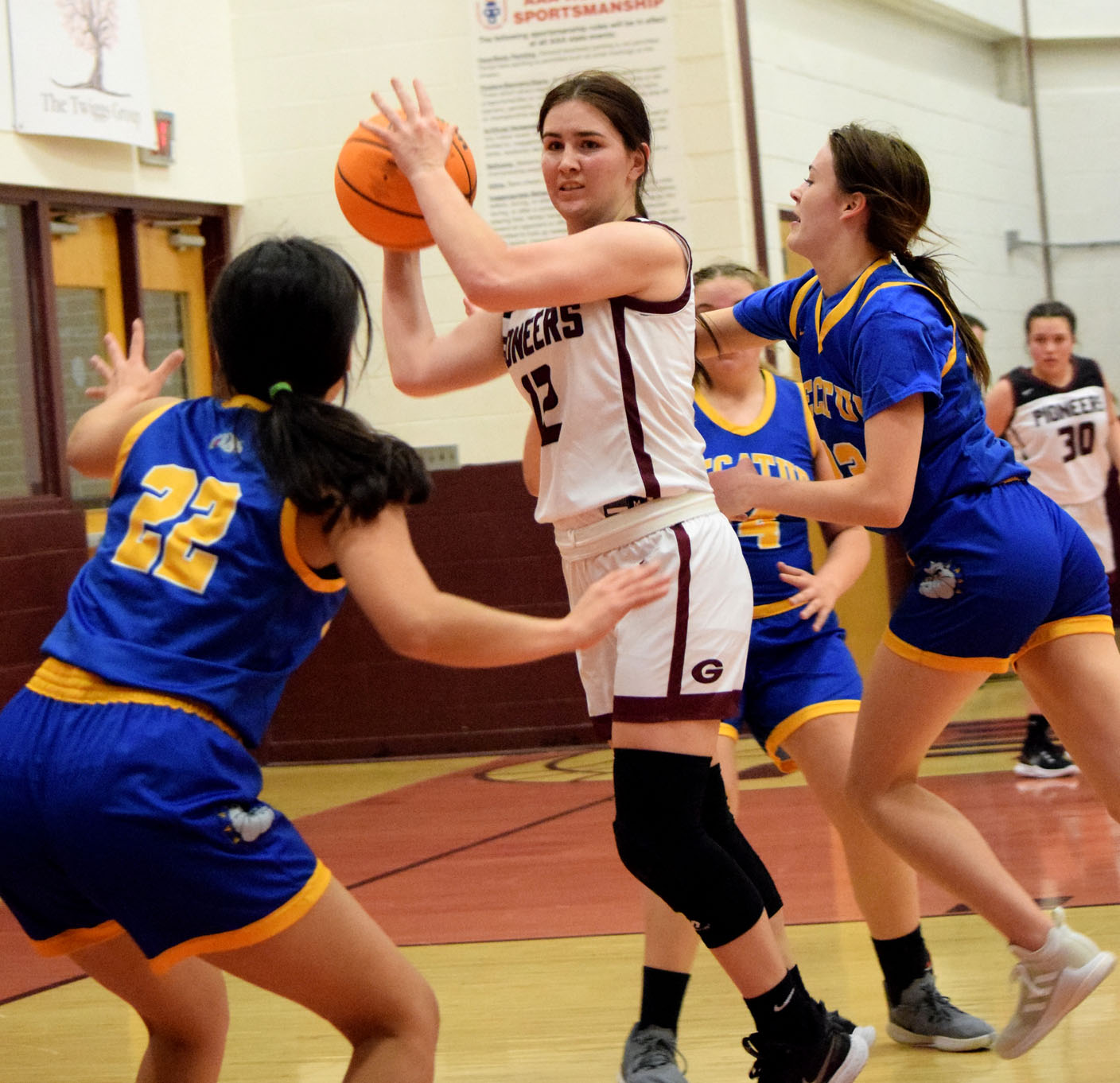