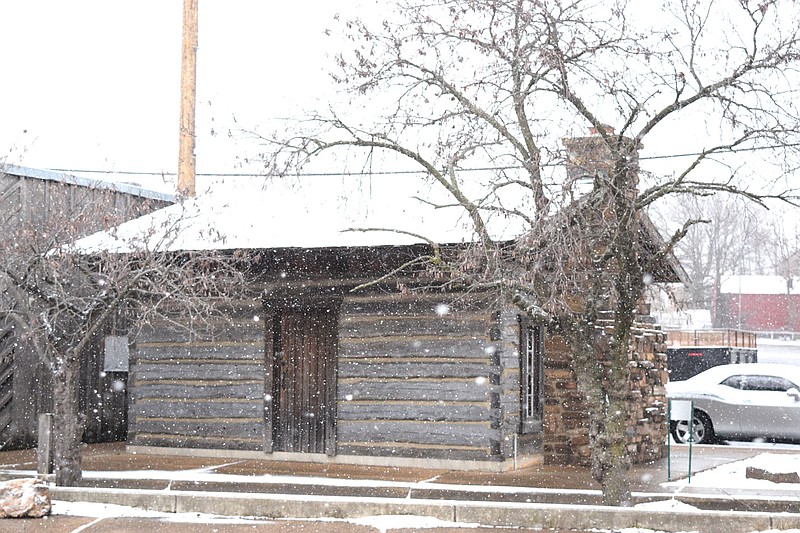 Westside Eagle Observer/MIKE ECKELS Heavy snow begins to fall around the log cabin in downtown Decatur Saturday morning as Winter Storm Izzy starts to cover the roof and the ground around the structure. The storm dumped from three to five inches of snow by Sunday morning with higher amounts in the mountainous regions of Northwest Arkansas.

DECATUR -- What do you get when you mix a strong low-pressure system, strong winds, subfreezing temperatures and abundant moisture? A powerful winter storm named Izzy.

As far back as Monday, Jan. 11, the National Weather Service and the Weather Channel began predicting a powerful winter storm that was primed and ready to emerge from Saskatchewan, Canada, and make its way along the jet stream through the Midwest. By midweek, the storm received its name from a list of preselected names for the 2022 winter storm season. Izzy was the next name on that list.

On Wednesday, Jan 14, the National Weather Service office in Tulsa, Okla., predicted less than an inch of snow for the Northwest Arkansas area.

As Winter Storm Izzy moved into the area, it gained strength and the projected snowfall amounts climbed to 1-3 inches for the local area.

By Friday morning, the snowfall predictions changed one more time, this time to 3-5 inches, with higher amounts in the mountainous regions of Northwest Arkansas. This

prompted the weather service to issue a Winter Storm Warning for the area, beginning at 3 a.m. on Saturday and ending at 12 a.m. on Sunday morning.

As the Bulldog and Lady Bulldog basketball team buses returned from Yellville-Summit around 12 a.m. Saturday, the rain began, the wind picked up to around 20 miles per hour and the temperature began to drop to just above freezing as winter storm Izzy made its first appearance in Northwest Arkansas and Eastern Oklahoma. From that point on, conditions grew worse.

As predicted by the NWS, the rain turned over to heavy wet snow at around 3 a.m. At times the blowing snow was heavy, reducing visibility to less than a mile.

By sunrise, around an inch and a half of the white stuff was on the ground in the Decatur area. While Arkansas Highways 102 and 59 were fairly clear due to pre-treatment of area roadways, the side streets were covered and some were very slippery in places.

Snowfall rates increased in the afternoon and early evening hours as snow depths in parts of the area reached the predicted levels. And then, as predicted by the weather service, the snowfall from Winter Storm Izzy began to diminish. By sunrise on Sunday, a beautiful blanket of the white snow covered the ground with temperatures in the mid-twenties.

As the temperature began to climb over the freezing mark late in the afternoon, the snow began to melt as Winter Storm Izzy moved out of the area and began to slam areas to the east with record snowfall.

Thanks to quick action by the Arkansas Department of Transportation Thursday and Friday, preparations of the major highways in Northwest Arkansas with a beet solution led to smooth traveling in the area. 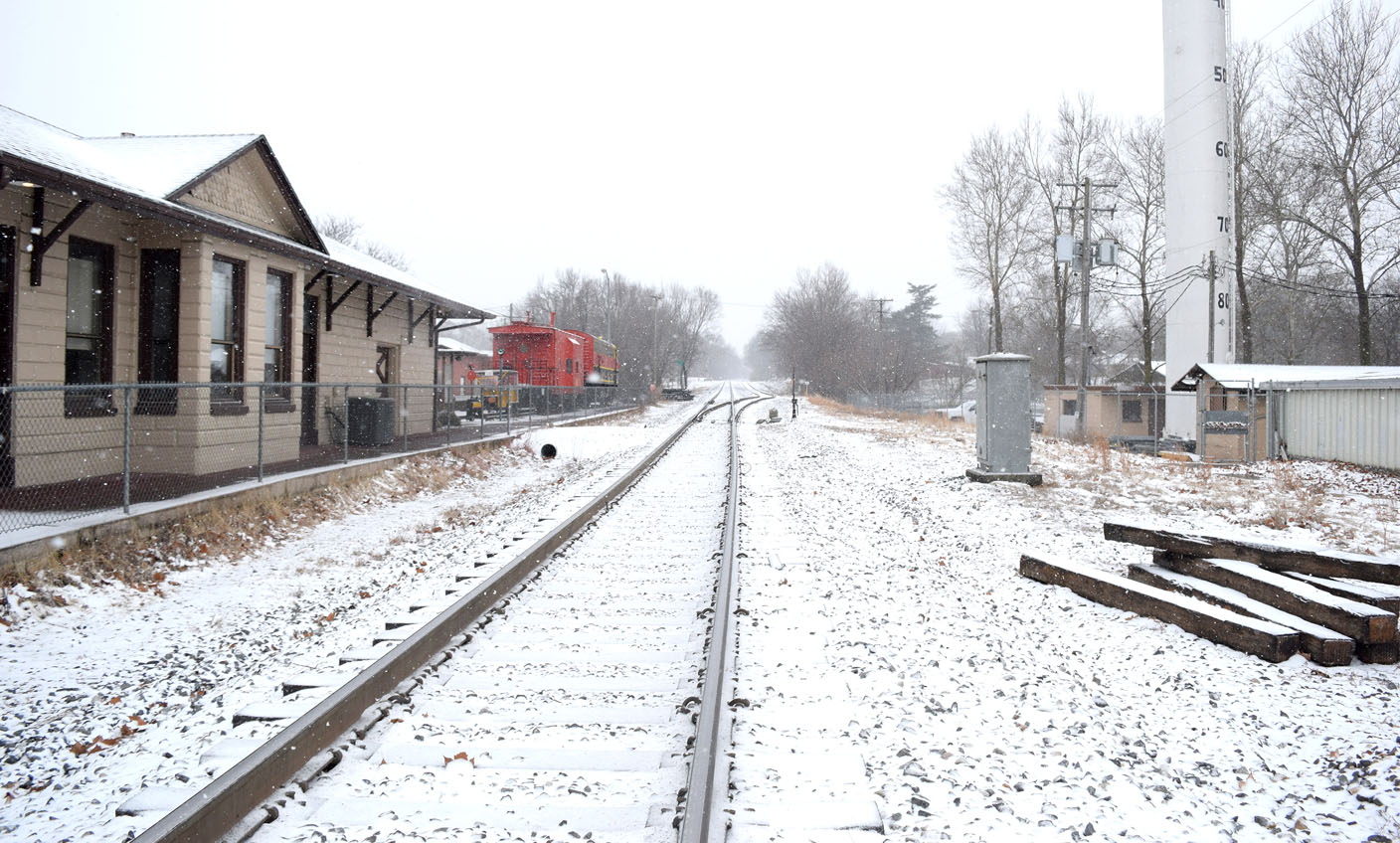 Westside Eagle Observer/MIKE ECKELS About an inch of snow covers the tracks and railroad right-of-way near the Decatur depot Saturday morning as Winter Storm Izzy begins to intensify over Arkansas. By late evening an estimated three to five inches plus fell over Northwest Arkansas. 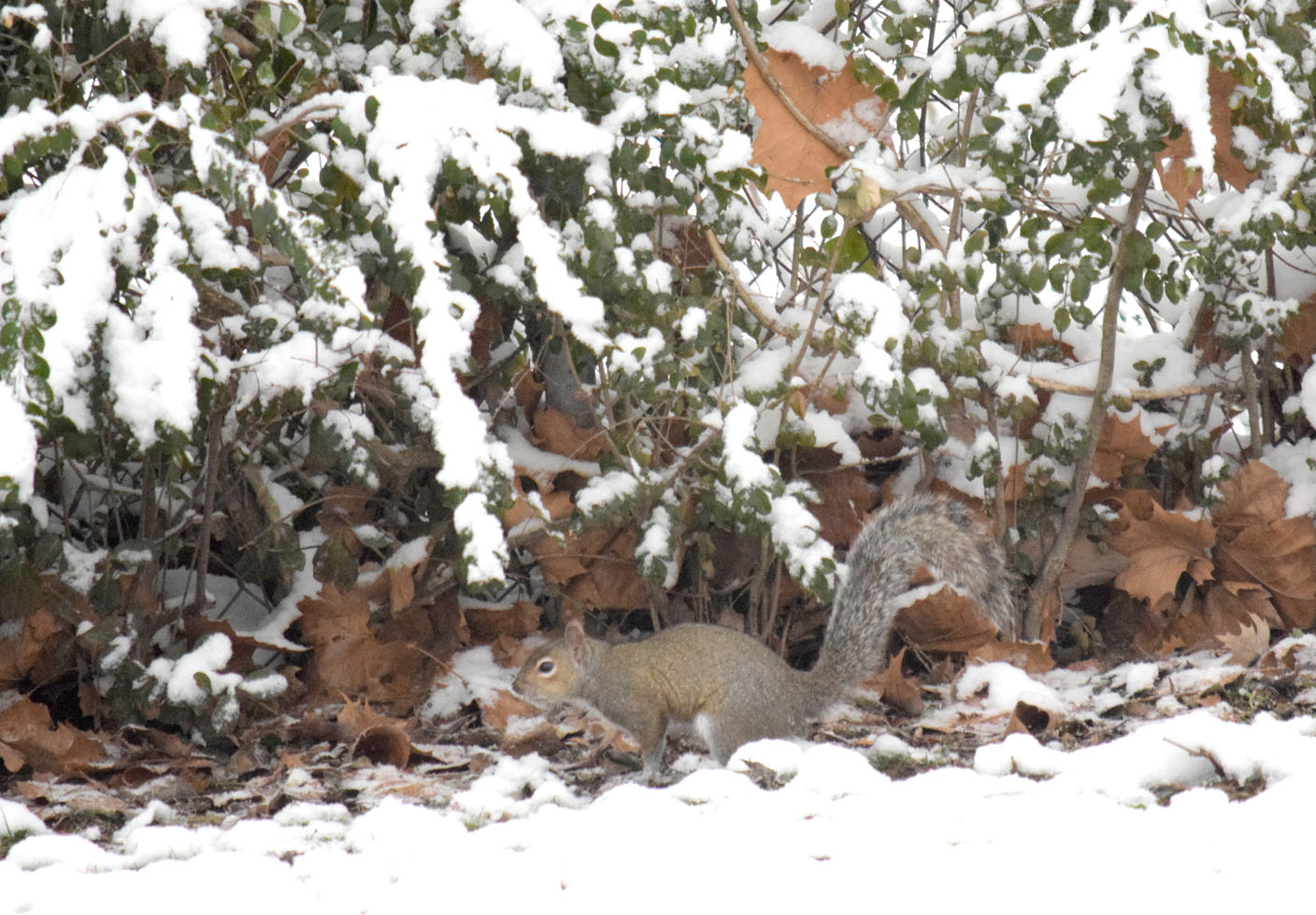 Westside Eagle Observer/MIKE ECKELS A lone squirrel seeks protection from the cold as it forages for food in a Springdale neighborhood Sunday morning after Winter Storm Izzy deposited three to five inches of snow over much of Northwest Arkansas. 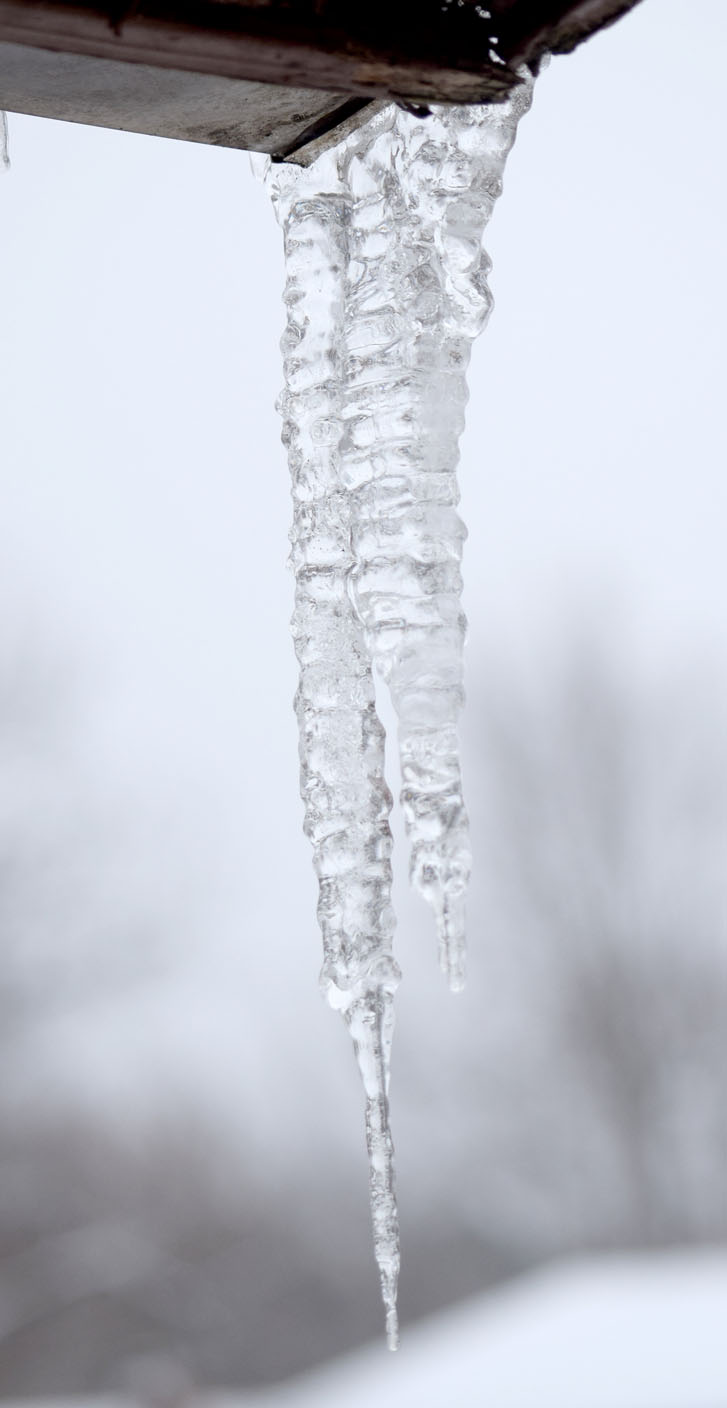 Westside Eagle Observer/MIKE ECKELS A long icicle hangs from the corner of a roof in Springdale Sunday morning after Winter Storm Izzy dumped three to five inches of snow over Northwest Arkansas Saturday. Snow from the warm roof forms water droplets as it melts and then refreezes into an icicle when it hits subfreezing air.