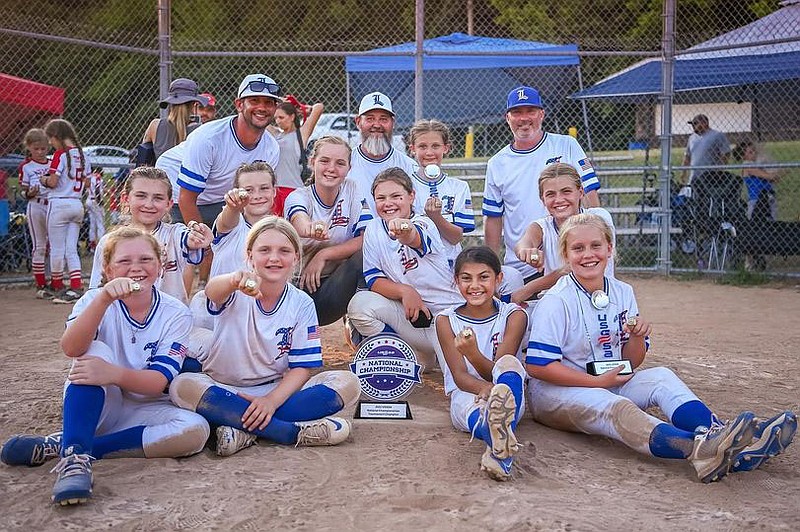 WESTSIDE -- Legacy Leavey did it big in Branson, Mo., for the softball nationals tournament on July 6-10.

The girls faced teams from across ten states with a total of 37 teams in their class for 10u. They played nine games from Wednesday through Sunday and only lost one game in pool play.

They went undefeated in bracket play, beating three undefeated teams in a row. The last undefeated team they played was from Effingham, Ill. -- a team with a winning streak of 24 games and second in the nation -- but the Legacy girls had other plans and gave them their first loss in 24 straight games, defeating them 5-2.

The Northwest Arkansas girls went on to the championship game and won it, 4-1.

The girls scored 62 runs in the tournament and only allowed their opponents 17.

Sasha Copeland describes the final game as "one of the best championship games we've watched! Our girls played their hearts out -- some blood, lots of sweat, tears, jammed fingers, sunburns, headaches and all -- they showed themselves what they can do, and we are all so dang proud of them!" It was a "huge first national championship win for our Legacy girls!"