ASTRONOMY: Clouds Of Stars And Dust 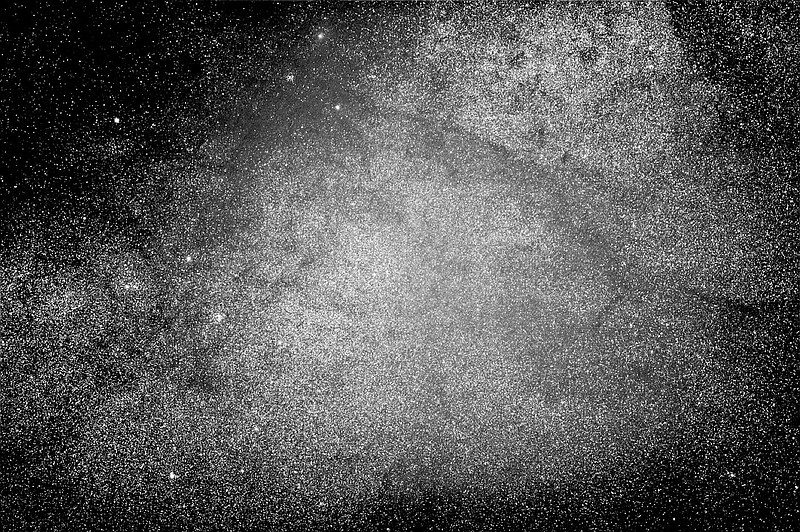 David Cater/Star-Gazing The Scutum Star Cloud is a cloud of stars often photographed because of its mysterious beauty. There are hundreds of thousands of stars in the cloud. Interwoven among these stars, one can see lines and spots of obscuring dust.

We have all seen many kinds of clouds -- rain clouds, white puffy clouds, clouds with rainbows, even clouds of gnats and steam clouds from an old-fashioned locomotive I saw when I was a child.

Have you ever seen a cloud of stars? I have -- in the summer Milky Way.

Our galaxy is a spiral galaxy about 120,000 light-years across -- more or less -- it's hard to measure a galaxy when you are in the middle of it.

All spiral galaxies are dirty. That is, they contain a great deal of dust and gas that is not anything else but dust and gas. Sometimes the patches of dust are so black and dense they can block the stars behind them, just as the moon can be hidden by thick clouds.

Good photography of the Milky Way became possible around the turn of the 19th–20th Century. When scientists began to photograph our galaxy, they noticed great dark patches that, in places, were very black.

A controversy arose as to what these black patches were. Two ideas competed. The first idea was that these dark patches were places where stars simply did not form. However, no one could imagine why stars did not form in these black spaces while enormous numbers of them formed right next to the black patches. A second idea was that the dark places were formed by enormous spots of dense dust and gas and these kept astronomers from seeing the stars behind them.

A very great American astronomer, E.E. Barnard, essentially self-taught, speculated about the dark patches and proposed that the dark patches were clouds of dense, black dust. Using a 10-inch camera and the fastest film, Barnard took images of a large number of these "dark nebula" and published several copies of his actual photographic prints bound as a book. (An original copy of Barnard's work is quite rare and valuable.)

Those scientists, including Barnard, who thought the dark patches were clouds of dust that hid the stars behind them, were correct. Obscuring nebula turn out to be present in all the spiral galaxies we can photograph now.

So, there are the clouds we see in the daytime, in our atmosphere, and there are clouds of stars and dust that can be seen with a telescope or photographed with a camera.

I have included an image of a cloud of stars I have made with a very fast telephoto lens. This cloud of stars has a name -- the Scutum Star Cloud. It is often photographed by amateurs because of its mysterious beauty. There are hundreds of thousands of stars in this image, making the cloud. Interwoven among these stars one can see lines and spots of obscuring dust.

If one stays up late, Saturn can be seen rising in the southeast. Staying up to about midnight, one can see Jupiter just at the eastern horizon. As the year moves on, these two planets, as well as Mars, can be seen in the mid-evening hours.

At a dark observing site, look for the Milky Way, nearly overhead. Get out those binoculars and see if you can see clouds of stars -- and dark clouds too.

Don't miss the Perseid Meteor Shower on the night of Aug. 12-13. All you need to do is stay up late and use just your eyes.

David Cater is a former faculty member of JBU. Email him at [email protected] The opinions expressed are those of the author.