Bulldogs work out kinks in game plan during camp 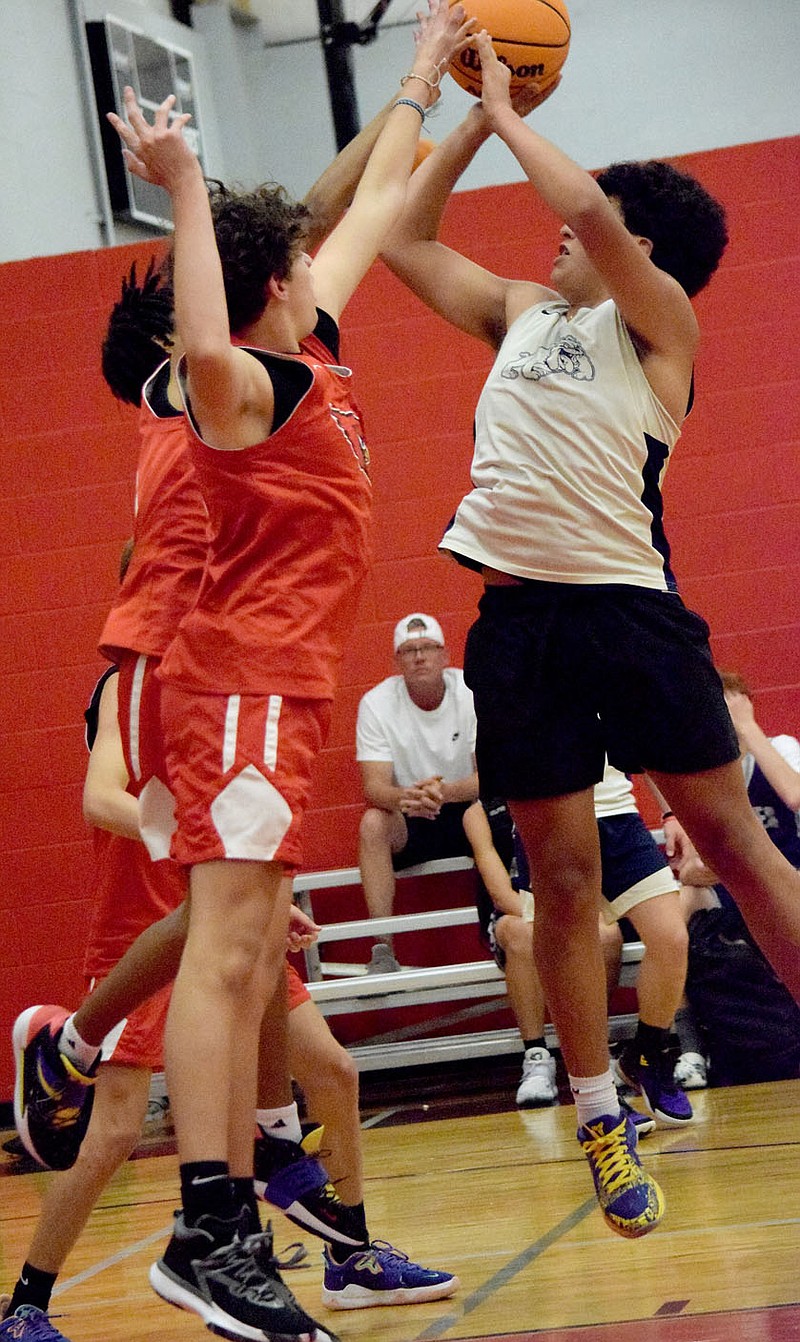 Westside Eagle Observer/MIKE ECKELS Bulldog JJ Herrera (right) goes up over a Cardinal defender to drop in a field goal during the Ozark Catholic Academy's summer basketball contest between the Decatur Bulldogs and Farmington Cardinals A at AAO in Fayetteville July 20.

FAYETTEVILLE -- In their first outing this summer under new head basketball coach Austin Froderking, the Decatur Bulldogs boarded a bus bound for Fayetteville to play in the 2022 Ozark Catholic Academy (OCA) summer camp at the Arkansas Athletes Outreach facility on July 19 and 21.

Varsity teams from OCA-Tontitown, Springdale, Fayetteville, Farmington, Bentonville, Greenland and Rogers joined the Bulldogs in this two-day camp. OCA's head basketball coach Cody Vaught put together the pairing for this event. Each game consisted of two 14-minute halves with a one-minute intermission in between. Each foul counted two points for a single shot.

The purpose of this camp was to allow coaches a chance to see their teams in action. This way coaches can find the team's strengths and weaknesses and change the offensive and defensive game plans accordingly.

In the second contest of the day, the Bulldogs squared off against the Farmington A Cardinals. Unfortunately, the Cardinals ran away with the game claiming a 36-12 victory over the Bulldogs.

In the afternoon contest, the Bulldogs faced a very familiar foe and one that the team faced several times in the past two years, the Thaden Barnstormers.

The Bulldogs quickly established control of the contest in the first two minutes of the first half. But a late cold streak by both teams in the next ten minutes kept the score close. Finally, Decatur was able to pull ahead and by the end of the buzzer, lead the Barnstormers by five.

The Decatur Bulldogs came out of the break with a new game plan that eventually worked for the team and, by the end of the game, took a 39-19 win over the Thaden Barnstormers.

The Bulldogs will continue to use the off-season practice time to adjust their game plan to prepare for the 2022-23 basketball season which starts in early November. 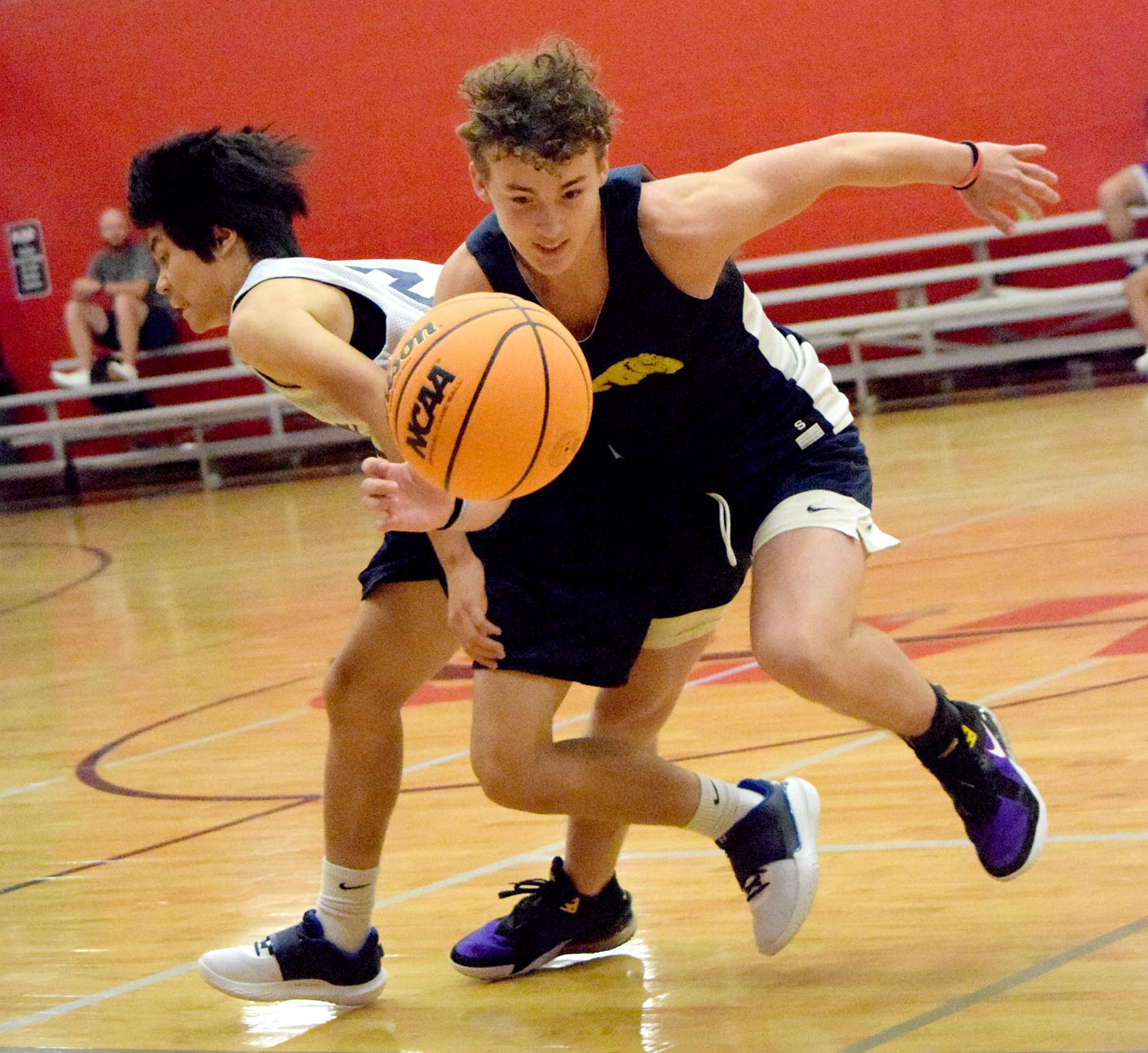 Westside Eagle Observer/MIKE ECKELS Bulldog Jackson Montano (center) steals the ball away from a Pirate player during the first half of the Decatur-Greenland basketball contest at the Arkansas Athletes Outreach gym in Fayetteville July 19. The Bulldogs and Pirates were part of the 2022 Ozark Catholic Academy summer basketball camp. 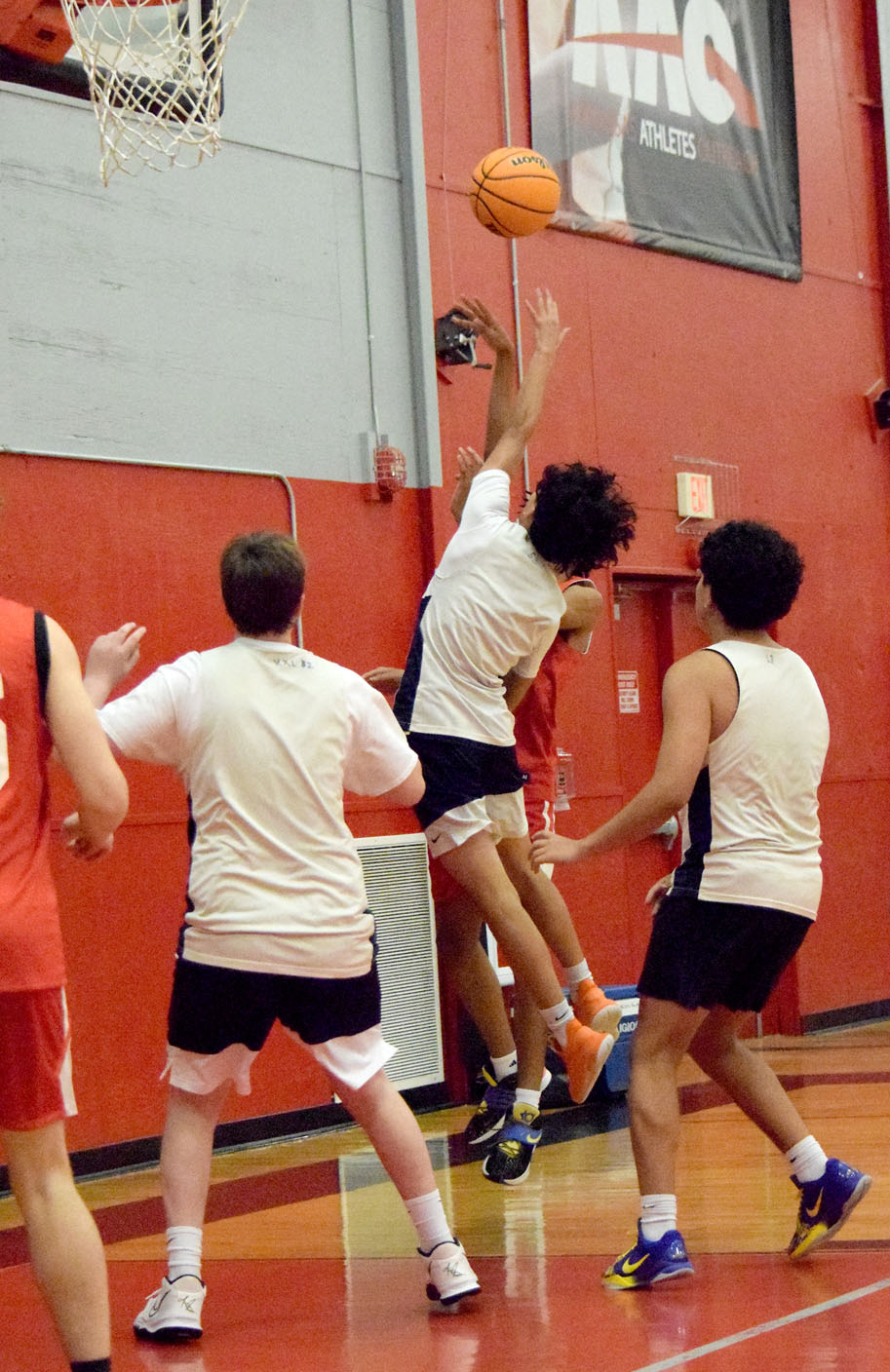 Westside Eagle Observer/MIKE ECKELS Bulldog Devin Thor (center) puts up a field goal for two during the Decatur-Farmington A basketball contest in Fayetteville July 19. Ben Watkins (left) and JJ Herrera (far right) wait to pull down a rebound if needed. 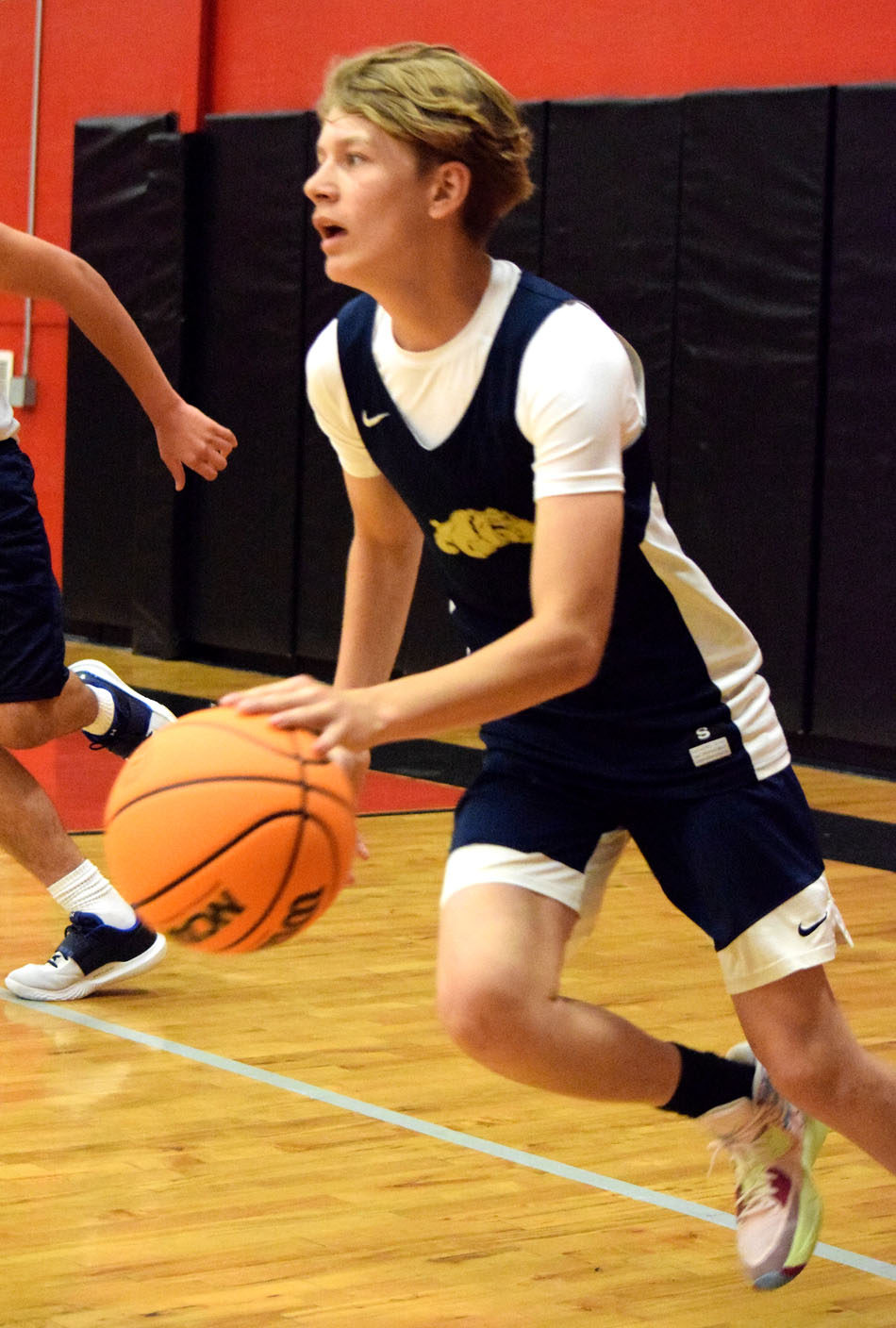 Westside Eagle Observer/MIKE ECKELS Bulldog Jayden Gonzalez races downcourt to the Decatur basket after picking off the ball from a Cardinal player during the second half of the Decatur-Farmington A summer basketball camp contest in Fayetteville July 19.